How Chanel Embroiders Watch Dials — This One’s for the Women 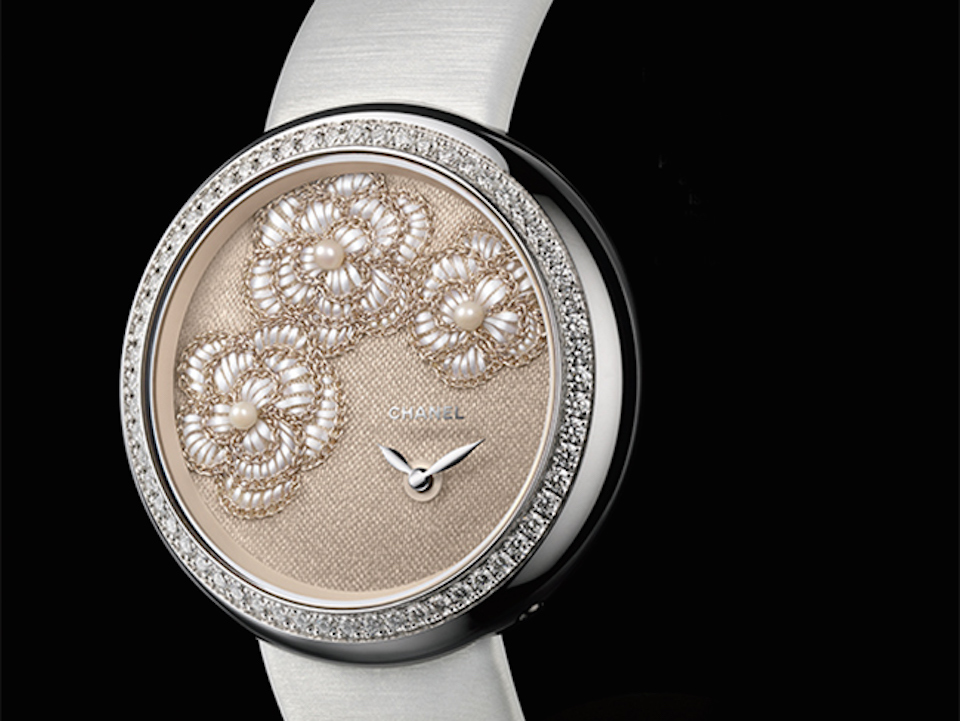 In the world of fine watchmaking, a term (and form) has quietly emerged in the past decade that has come to be one of the most highly esteemed assets in timepieces: Métiers d’ Arts. From woodworking to sculpturing, creating a masterpiece on the dial of a watch is a coveted art that sets brands apart from one another.

Chanel — Swiss-made watches inspired by the French-rooted brand – has not only mastered the Métiers d’ Arts concept, but also has brought it to new levels with its own unique Lesage method of hand embroidering diamonds, gold and pearls onto a watch dial. The technique is incredibly labor intensive, with everything done by hand in the France-based Maison Lesage workshops.

Lesage, first founded in 1858 as Michonet and then purchased by Albert and Marie-Louise Lesage in 1924, is one of the world’s most renowned hand embroidery workshops. The small company has woven works of wonder in haute couture for brands such has Charles Frederick Worth, Jean Paquin, Yves Saint Laurent, Balenciaga and Dior, among others. In 2002, Lesage joined forces with Chanel, collaborating on haute couture collections with a fierce commitment to preserve the exceptional craftsmanship that defines Lesage embroidery. 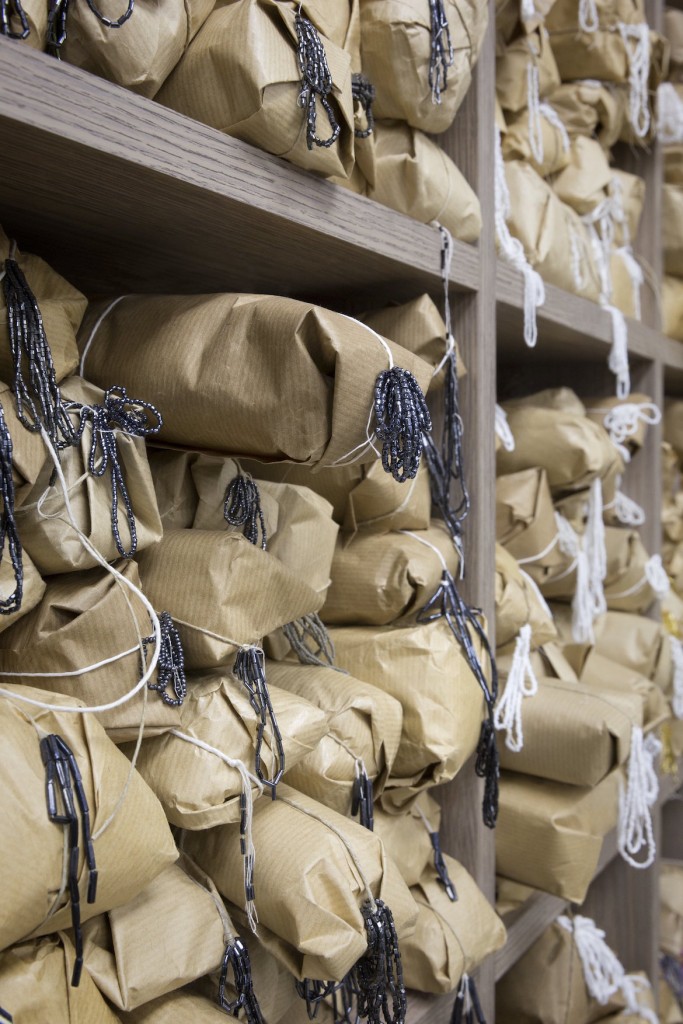 In fact, the Lesage archives represent the biggest collection of couture embroidery in the world, with more than 60,000 samples and an extraordinary 60+ tons of tassels, ribbons, beads, crystals and cabochons all sourced over dozens of decades. Every year, Lesage adds approximately 100 new embroideries to its line up – using more than 220 pounds of beads and 100 million sequins.

The work is conducted in quiet yet bustling rooms in an atelier tucked away in Pantin, just outside of Paris. Here, a team of   highly skilled women (mostly) hand applies the incredible embroidery, sequins and beads to clothing and accessories. This is also where the embroidery work – complete with diamonds, pearls and specially made silk threads – to create the dials for the Mademoiselle Prive’ line takes place. 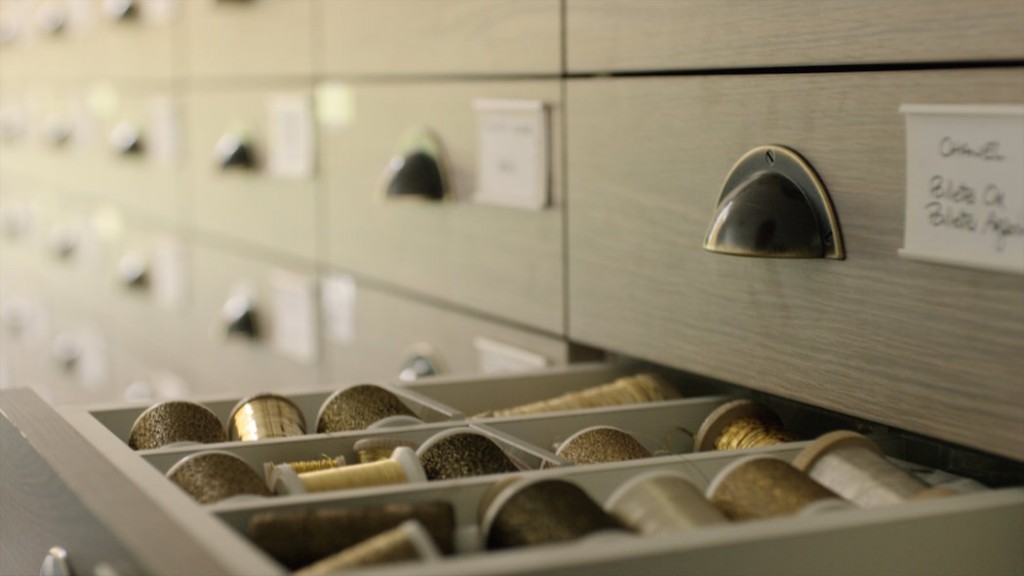 There are even dozens of different textured gold threads

“We have worked with Lesage for years on the fashion and couture side to ensure this savoir afire lives on,” says Nicolas Beau, International Director of Chanel Watches, based in Paris. “It has always been normal for us to work with small companies in the métiers d’arts because people like these are the ones with the magical hands who make things happen. So when Métiers d’ Arts began appearing in new way on watches, we knew we had something truly special and turned to Lesage to help us execute it.”

Along with the decision to create a hand-stitched dial came a myriad of challenges. Unlike embroidery in a dress, an embroidered watch dial has to resist continual exposure to ultra-violet lights without fading, it must be strong enough to withstand bumps and it has to be made of threads that would last the lifetime of a luxury watch. According to Beau, Chanel and Lesage worked together to develop a special silk as the dial background that was both strong and yet would not lose any silk dust (thereby damaging the watch). They re-developed gold threads and metallic paillons because traditional embroidery material of cotton and plastic wouldn’t work.

“Everyone became a maniac, not just about surmounting the challenges and being successful, but also about being truly exceptional in the presentation,” says Beau.

The first watches released with embroidered dials were in unveiled three years ago in 2013. Part of the  Mademoiselle Privé collection of round special-dialed watches that was introduced in 2012, the first embroidered watch dials boasted pure silk threads and were so revolutionary for their time that Chanel won the Artistic Crafts award at the 2013 Grand Prix d’Horologerie de Genève.

Since then, Chanel has added new watches to the embroidered Lesage collection each year, and has regularly stepped up the design and technical side by adding new elements each year, such as using gold threads in 2014 and this year by adding glass beads and pearls. In fact, each time the brand opts to add a new element to a dial, the experts must work side by side with Lesage to create tiny new settings and develop techniques that will hold the elements in place. 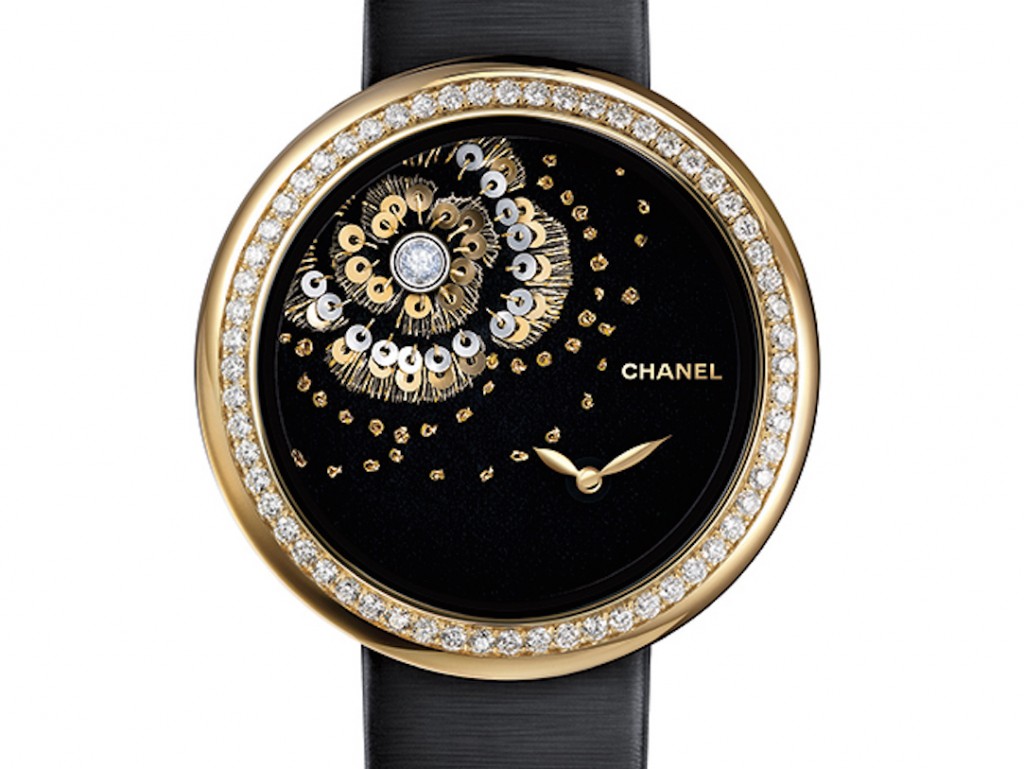 According to Beau, the   Mademoiselle Privé collection was selected for this special Métiers d’Arts Lesage line because it is the epitome of the brand’s artistic dials, launched first with Coromandel dials and since then with sculpted gold, marquetry mother-of-peal and Maci-e dials.  The Mademoiselle Privé name is taken directly from the name that was on the door of Coco Chanel’s studio, warning visitors that this was private space. “That patrimony translated nicely into a collection,” says Beau, “and expanding that collection to include Lesage, with designs inspired by the coromandel screens in her apartment, was perfect.”

Several top artisans create the Lesage dials, so each is a unique hand-made piece. “These dials a have a life of their own. They are more than just a dial, they are a story that connects the brand, the craft, the couture status, and embrace the spirit of Chanel,” says Beau.  Once Lesage completes the embroidered designs, they are delicately packaged and sent directly to the Chanel’s watchmaking workshop, Chatelain, in LaChaux-de-Fonds to be applied as dials to the final timepieces. Because of the time-consuming work involved in the making of these watches, they naturally command prices upwards of $50,000. 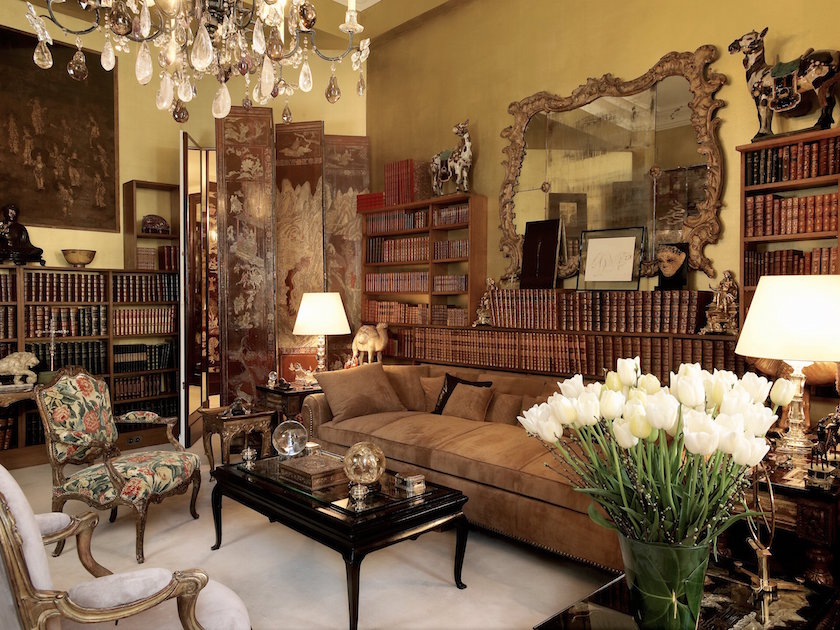 Coco Chanel was inspired by her surroundings in her private salon

(This article by ATimelyPerspective’s Roberta Naas was recently published in Gotham Magazine.)