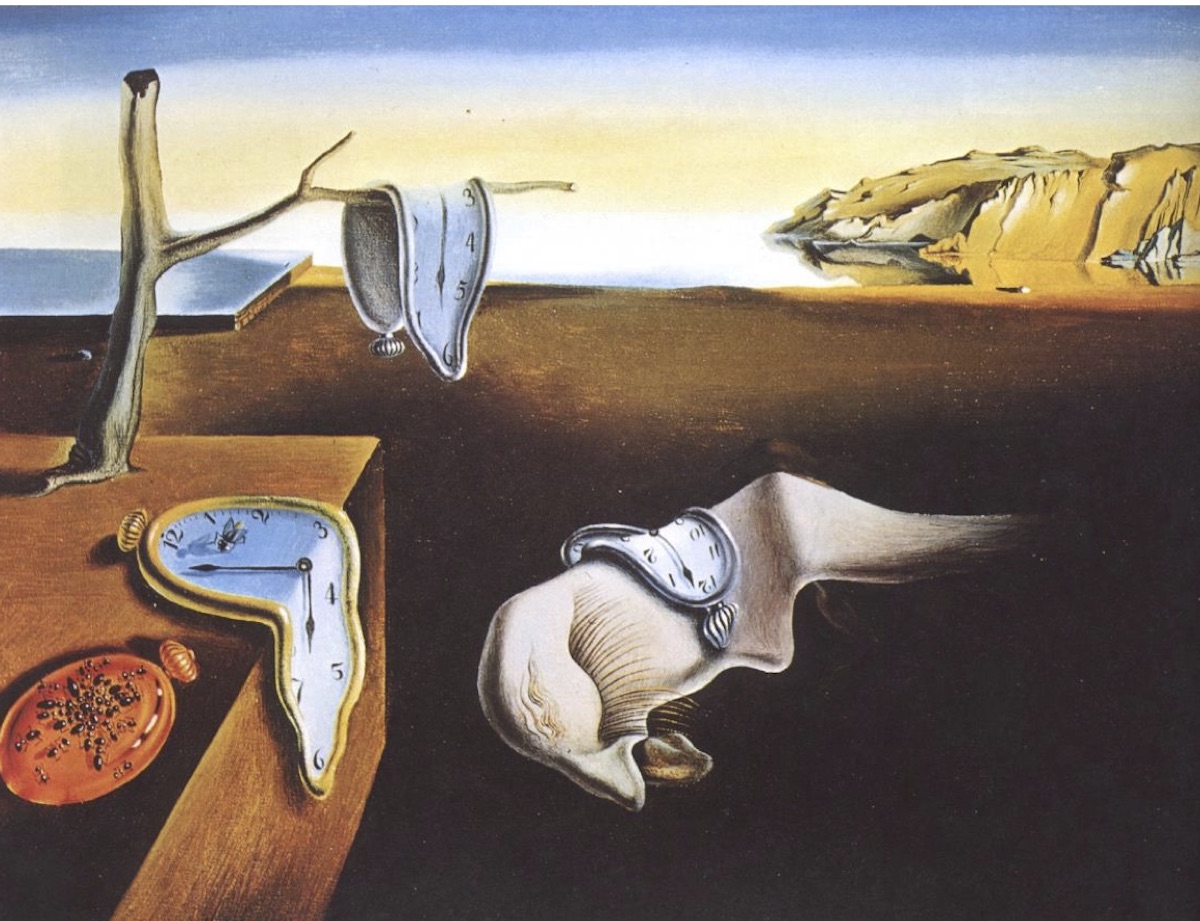 The Horology in Art exhibit at HSNY is open until April and free to visitors.

We all know that time plays a major role in our lives, however, the Horological Society of New York – America’s first watchmaking guild – now also recognizes the role of watches and clocks in vintage and modern art. In fact, to celebrate that time-and-art association, the Society has opened its headquarters on “Club Row” in Manhattan so visitors can attend – for free — the newest  Horology in Art exhibition.

The exhibit, which opened in November 2021 and will run until April 2022, showcases more than 60 paintings and artworks as both the main subject matter and as auxiliary and backup subjects. Almost all of the works on display are on loan from the HSNY’s exhibit curator, Bob Frishman.  Frishman, also a lecturer and writer on clocks and watches,  began collecting artworks almost 20 years ago. His collection spans centuries, and he writes regularly for the National Association of Watch and Clock Collectors (NAWCC) about the artists and the cultural context of the images. He has orchestrated similar exhibits on the subject in various locations in America.

According to Frishman, he looks for clocks (or watches) in art works whenever he is in museums, at art shows or going through auction catalogs. He currently has more than 2,000 pictures in his digital collection.

Visitors to the Horology in Art exhibit at HSNY event must schedule a time and show proof of vaccination.

“I have learned that timepieces in art served as recognized symbols of affluence, discipline, technological sophistication, occupation, and mortality,” says Frishman in his “curator’s introduction” letter at the front of the Horology in Art catalog for the HSNY exhibit.” They were stark re- minders, especially to an illiterate audience, that earthly pleasures and treasures are transitory. In more modern images, they remain part of each artwork’s narrative and composition, never there simply by accident.”

It should be noted that the works on display are  a collection of real art – original paintings, vintage photographs or prints —  that Frishman has acquired or borrowed for the exhibit.  A 16-page catalog showcases the works, including the cover image by an unknown artist. Circa 1780-1785, the image is of Catherine Gates Willard, the first wife of Bostonian  clockmaker Aaron Willard. It is an oil on  canvas painting on loan from Robert Cheney and the Willard House & Clock Museum.

Horology in Art exhibit at HSNY with more than 60 works, predominantly collected by curater Bob Fishman

Other highlights of original art include a 19th century reverse-paint  watercolor on glass by an unknown artist in which a woman holds a tiny table clock, happily showing it off.  Other originals are predominantly 19th century paintings by lesser known artists. Fine and vintage prints include the “ Persistence of Memory” print by Salvador Dali. It is a print of a 1931 oil on canvas painting by the artist and may well be the most well-known artwork that includes time and watches. The original can be found in the Museum of Modern Art.

The exhibit also includes some vintage magazine covers, including a 1919 Saturday Evening Post cover, and a cover from The New Yorker in 1981. A host of historical photos by Matthew Brady, including one of Clara Barton and Thomas Boston Corbett are also on display. In short, there is a little something for everyone who loves clocks, watches, time and art.

The New York Horology in Art exhibit is being held in the newly re-opened offices of the Society, which also boasts an incredible collection of books on the subject of watches and clocks and has several historical watchmaking tools on site.  Visits are free of charge and timed tickets are required, as well as proof of vaccination and masks.