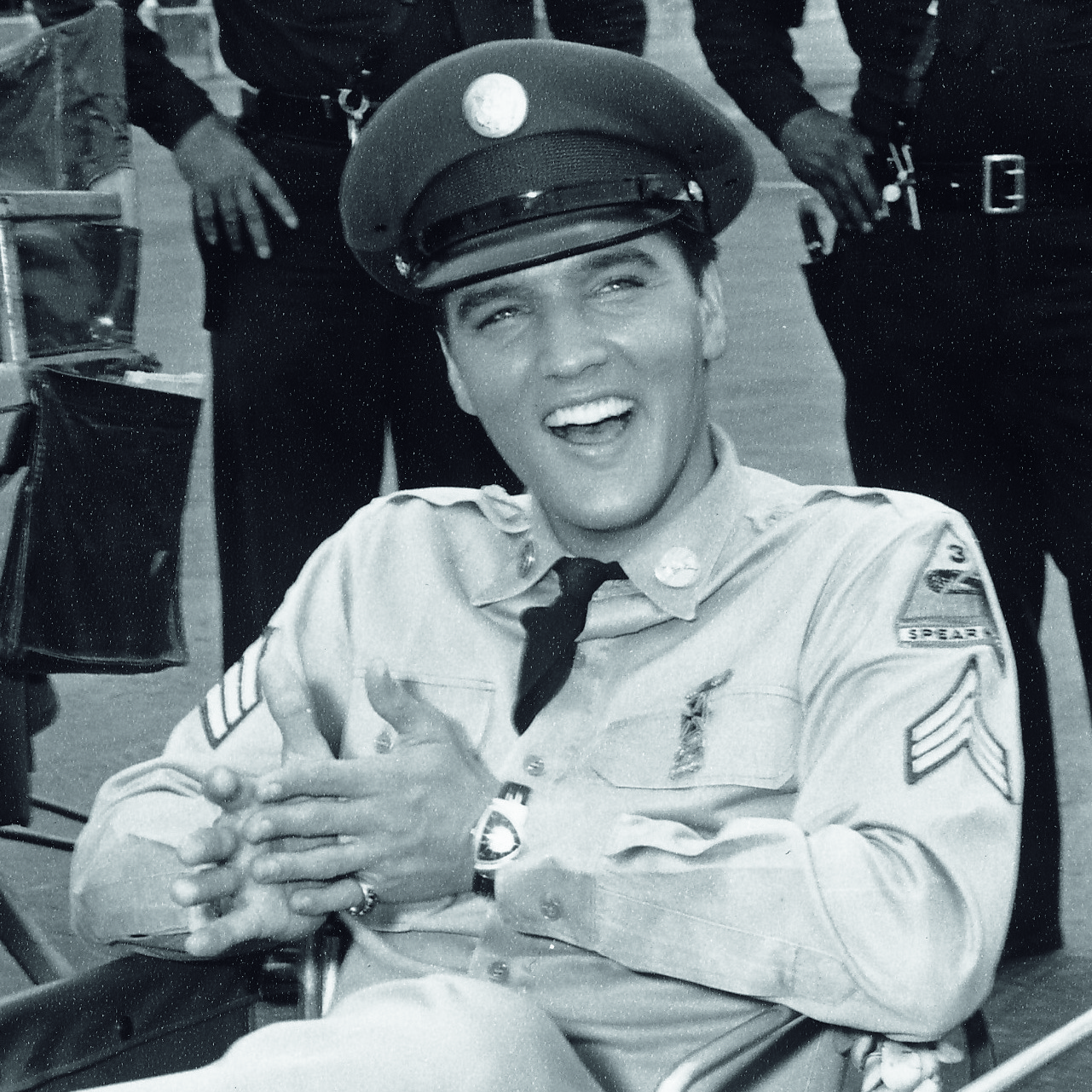 Hamilton has had a long and storied past in the world of film, and also in the world of Elvis Presley. The King would have turned 87 tomorrow, January 8, 2022. He was an avid Hamilton watch fan and frequently wore Hamilton in his movies. Easily the most notable of them is the Ventura triangular shaped watch that Elvis wore in the 1961 musical comedy Blue Hawaii. Now, in honor of the 87th would-be birthday for Elvis, Hamilton releases a new quartz Ventura S watch. 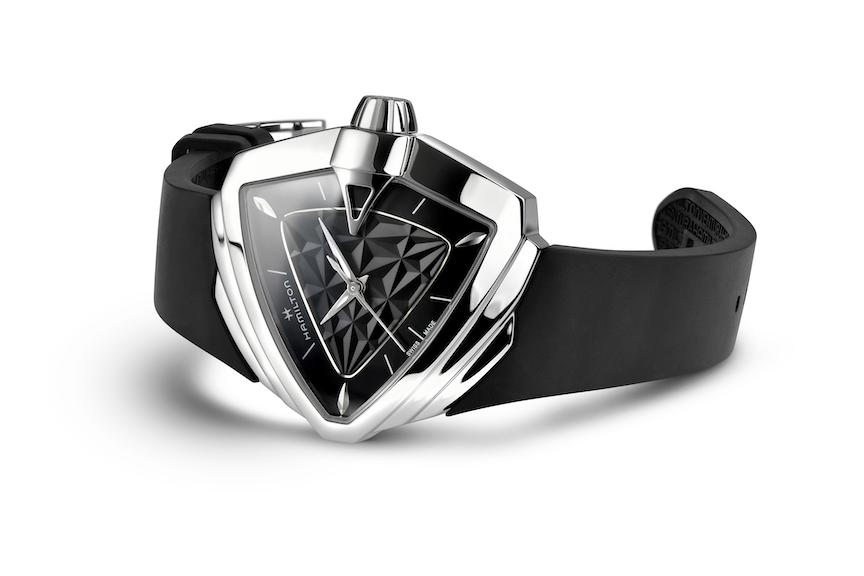 The Ventura was first launched in January of 1957 as the world’s first electrical battery-powered watch and it made headlines for its unusual power system as well as its unusual looks. Naturally, the rebellious spirit of the Ventura is what attracted the legendary singer and brought the watch fully into the world of rock n’ roll and Elvis. 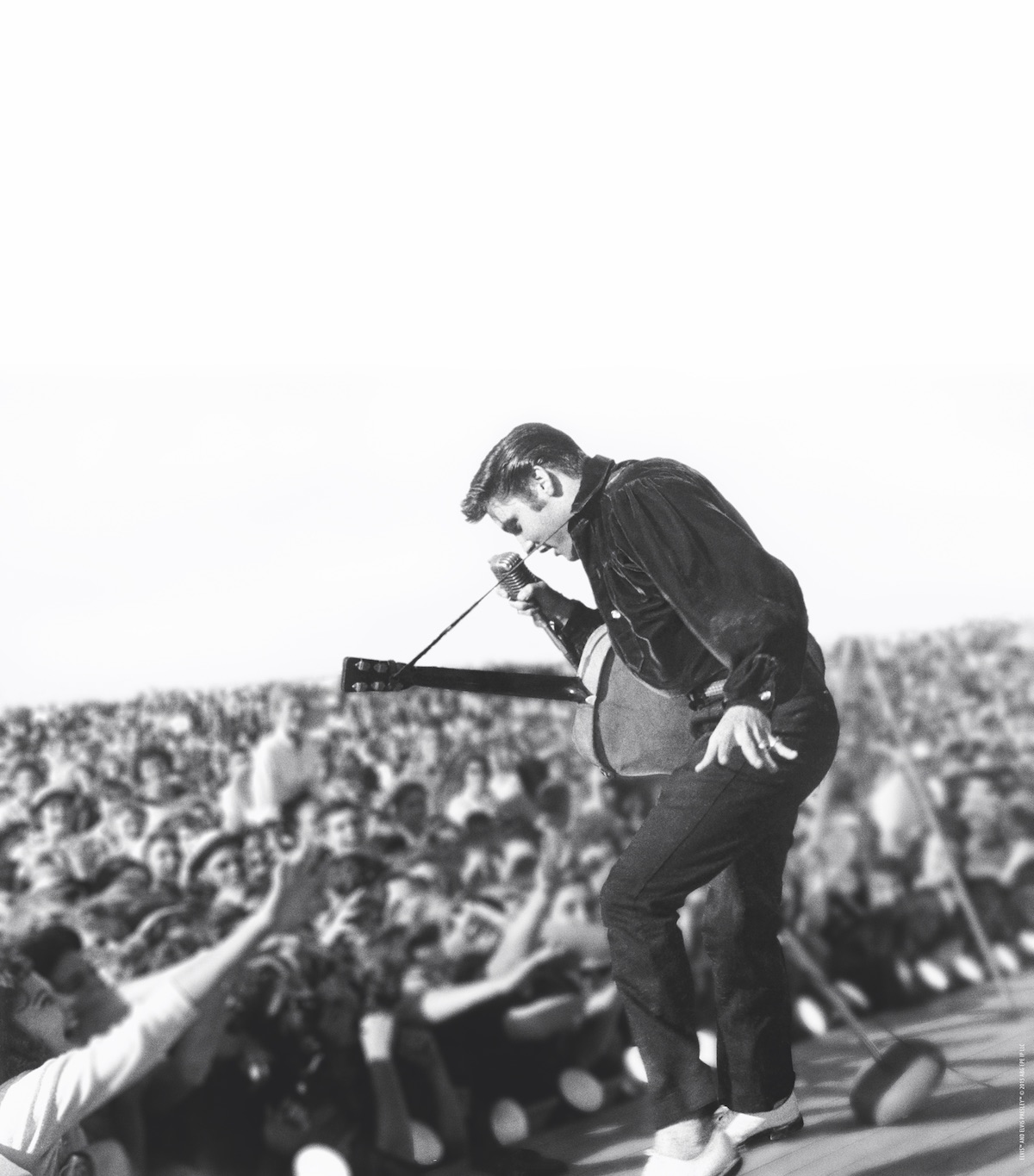 This year, 2022, marks the 65th anniversary of this iconic timepiece, which has enjoyed many reiterations over the past decades. The newest Hamilton Ventura S Quartz watch is crafted in stainless steel and features embossed triangles on the dial in what appears to be a three-dimensional motif. With the flick of the wrist and different lighting exposure, the triangles appear to be moving and a kaleidoscope effect comes into play – a feature we are certain Elvis would have loved. 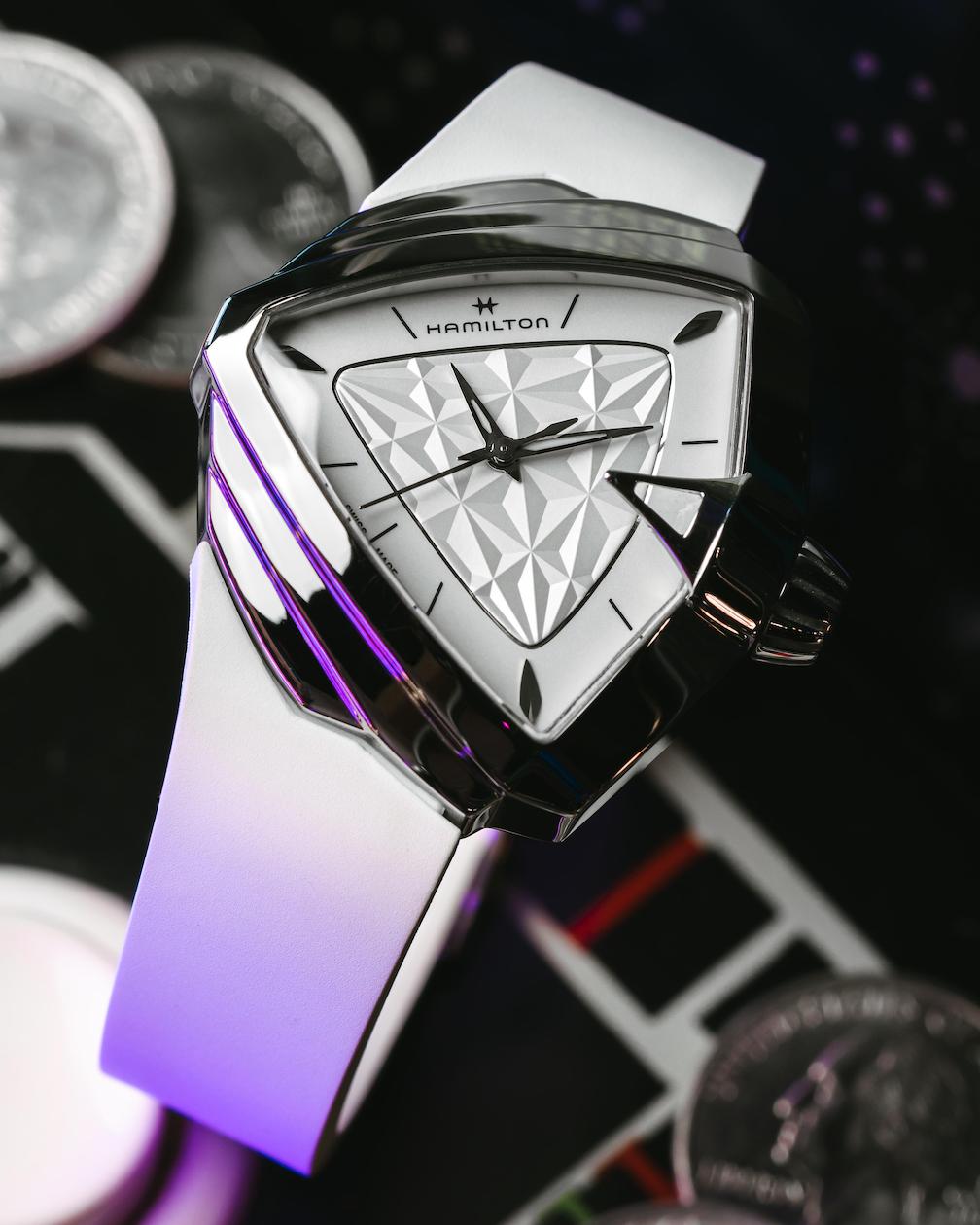 The newest Hamilton Ventura S watch is available with either a black or white rubber strap – color coordinated with the dial.  It retails for $750. Hamilton also still offers a host of other Ventura models, including automatic ones and the replica of the original in terms of design that was introduced in 2017 for the 60th anniversary of the Ventura. 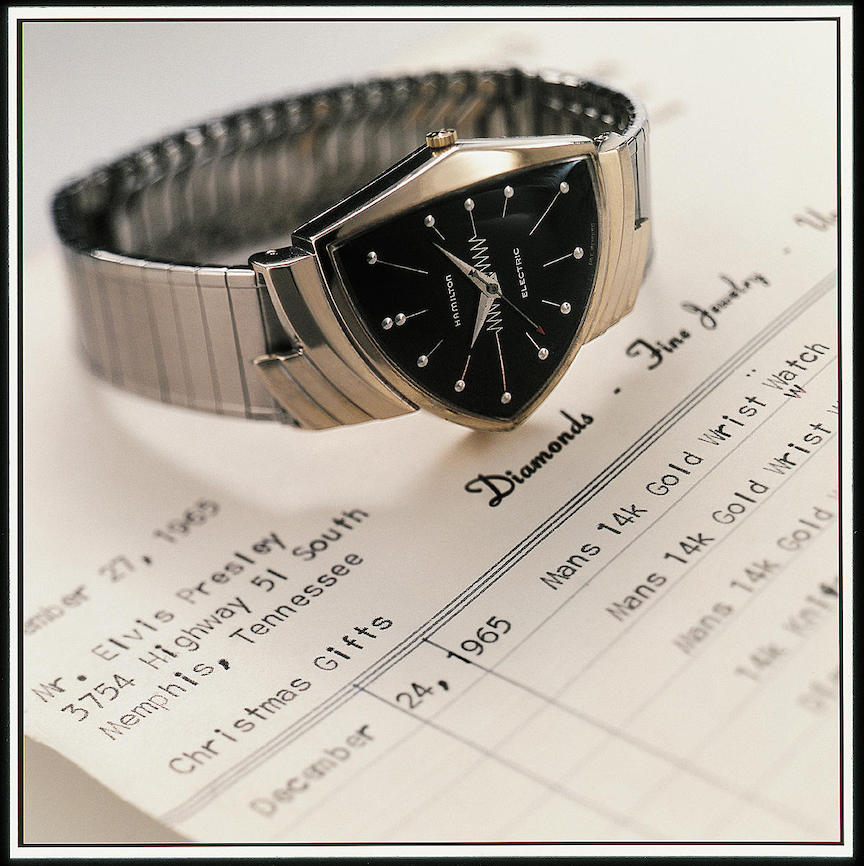