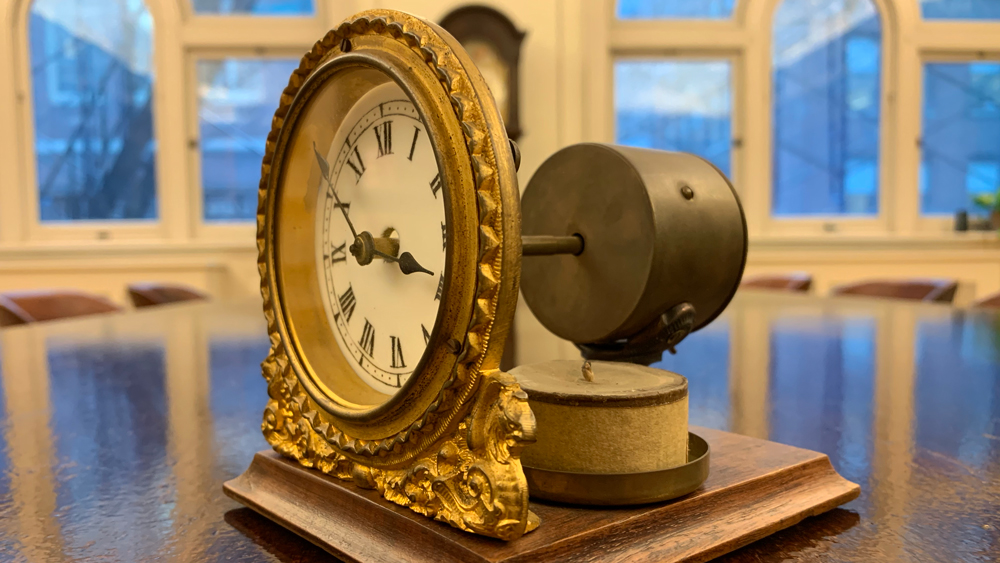 Always trying to mix things up a bit, and attract new watch aficionados to the horological pastime, the Horological Society of New York (HSNY) has added a new concept to its offices: an on-loan exhibit with more than 45 items illustrating horology’s rich history. From clocks to portable pocket sundials, tools and other instruments to measure time that date back to 1784, the exhibit is entitled “Highlights of the Collection of Bob Frishman” and was loaned by Frishman, a Fellow of the National Association of Watch & Clock Collectors (NAWCC) and Chairman of the NAWCC Time Symposium Committee. 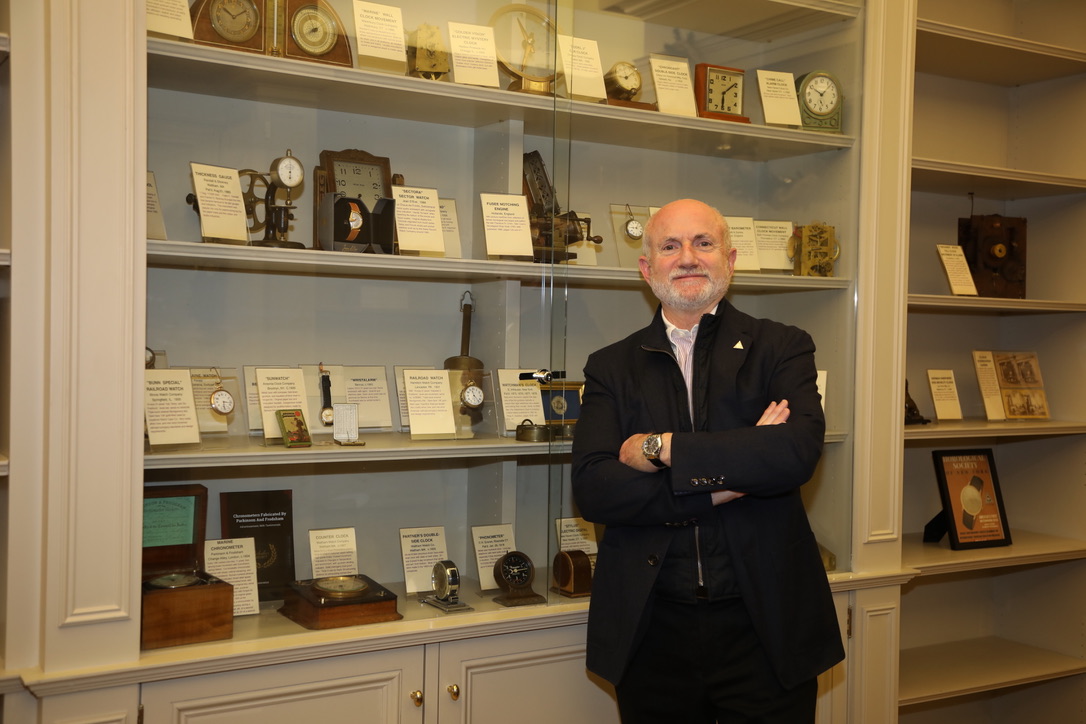 “Highlights of the Collection of Bob Frishman” are on display at the Horological Society of New York. Here, Frishman shows off some of the pieces.

Frishman also serves as a Freeman of the Worshipful Company of Clockmakers and is Founder and Owner of Bell-Time Clocks. Highlights of the exhibition, which lines shelves and cabinets at the HSNY offices, include a Bedside Watch Display sold at the 1851 London Crystal Palace World’s Fair, a Clockwork Telegraph Register (c.1850) used for recording incoming telegraph signals to later be decoded by an operator, and a “Phonometer” used in 1918 to time costly telephone calls of the era. 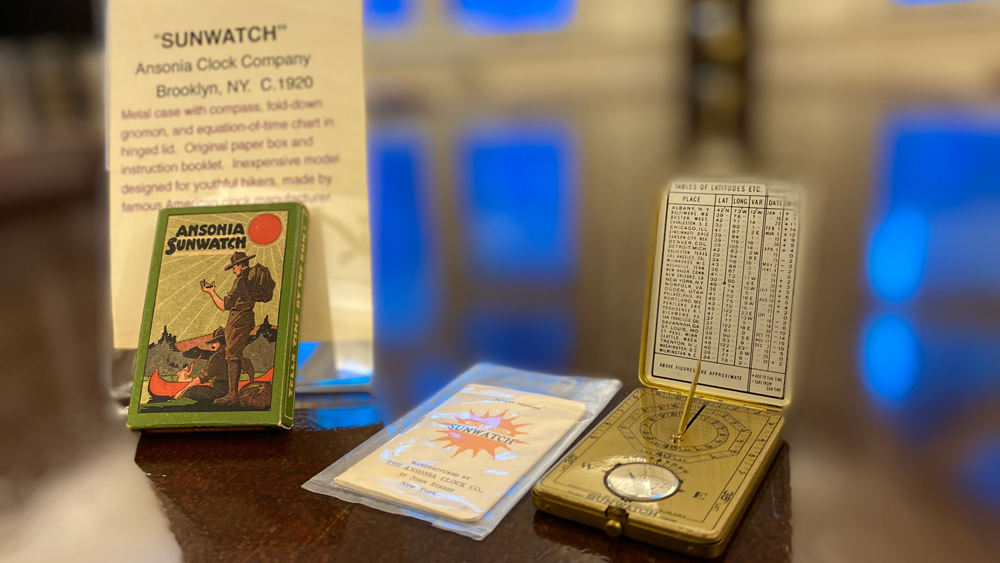 Among the tools and instruments being showcased is a Barograph, a clockwork instrument that records weekly barometric pressure in ink on a rotating drum with replaceable paper. Circa 1900, by Richard Freres of Paris, the instrument is in a glazed mahogany cased features an 8-day balance-wheel movement inside vertical drum. There is even an “Electrol” Thermostat clock, originally made in 1920 but Minneapolis Heat Regulator Co. It features an 8-day 7-jewel movement and has an early domestic automatic furnace control and reded alcohol thermometer.

The exhibit “is a delightful diversion for anyone with an interest in the esoteric side of horology,” says Nicholas Manousos, HSNY President. “The breadth of Frishman’s collection is on full display, with a wide range of clocks, watches, sundials, tools, instruments and ephemera. Don’t miss the candle-illuminated night clock, the ‘Sectora’ watch or the ‘Golden Vision’ mystery clock.”