First Impressions Of The New Omega Constellation Collection For Men 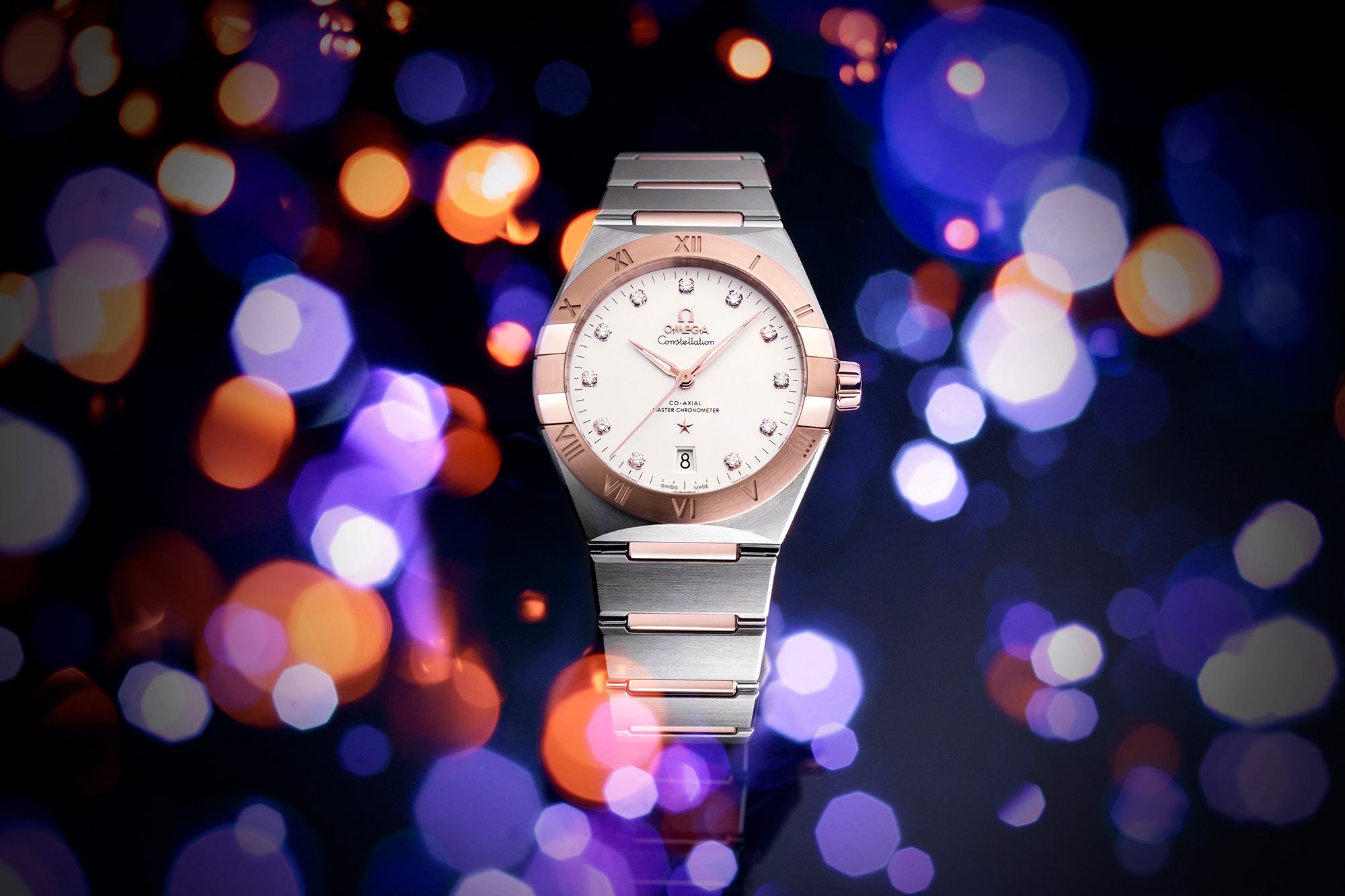 Omega unveils fifth generation of Constellation for men, and the sleek new look has a lot to like.

New for 2020 from Swiss watch brand Omega is the fifth generation of Constellation watches for men.  The series includes 26 new models, all sized at 39 mm. Each watch is crafted in either 18K yellow gold, or in 18K Sedna™ gold, stainless steel, or a combination of gold and stainless steel. Additionally, each watch holds Master Chronometer status – achieving the Swiss industry’s highest certification for precision, performance and magnetic resistance. 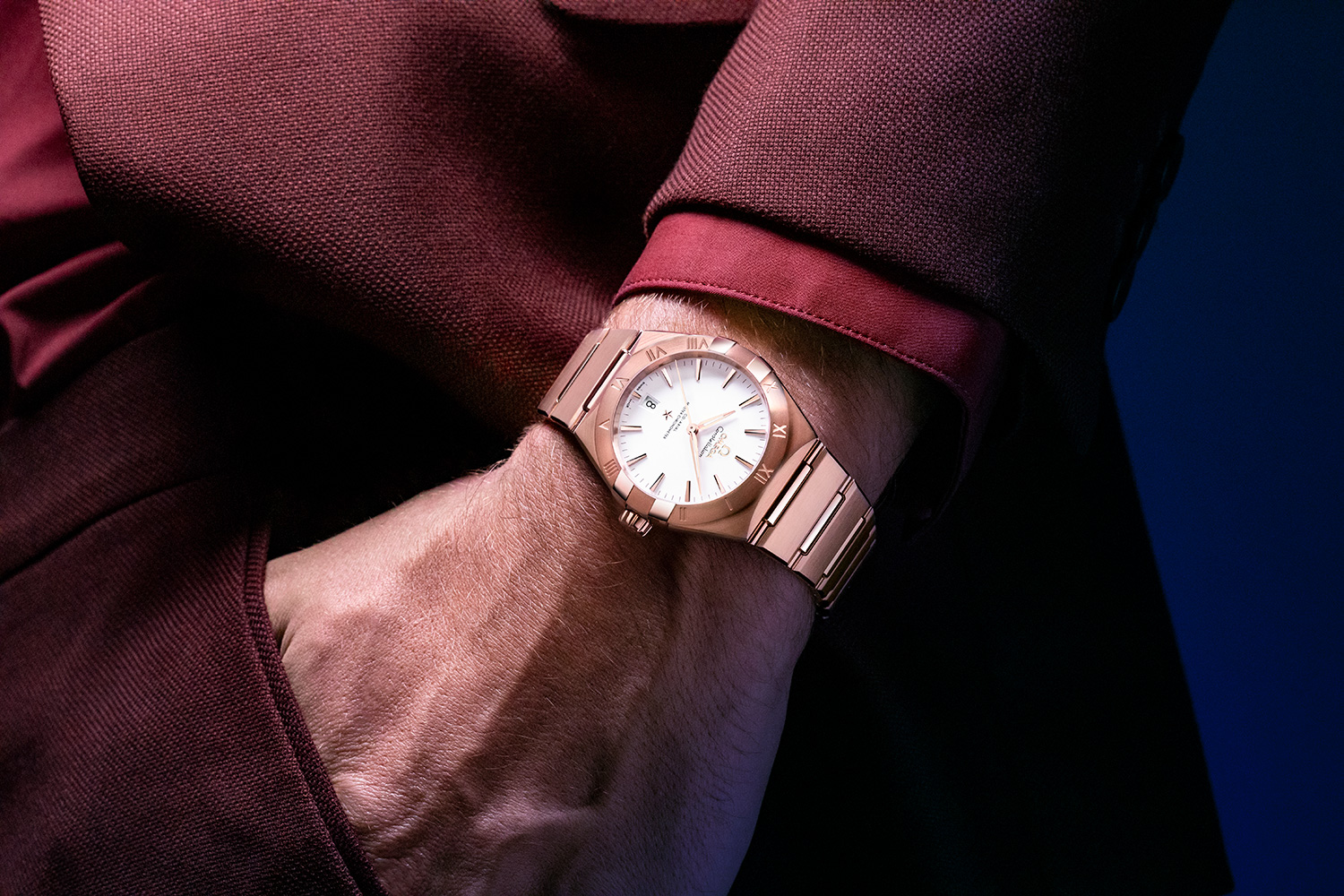 The hands and markers of the new 5th generation of Omega Constellation watches for men were inspired by the facets in New York’s Freedom Tower.

The new collection is filled with updates that make the watches more current, more refined and more wearable. Such updates include polished and beveled edges  along the case, the bracelet and the now-slimmed-down claws, a slimmer bezel with redesigned Roman numerals, a conical-shaped crown, redesigned hands and hour makers and new mid-bar link metal bracelets. 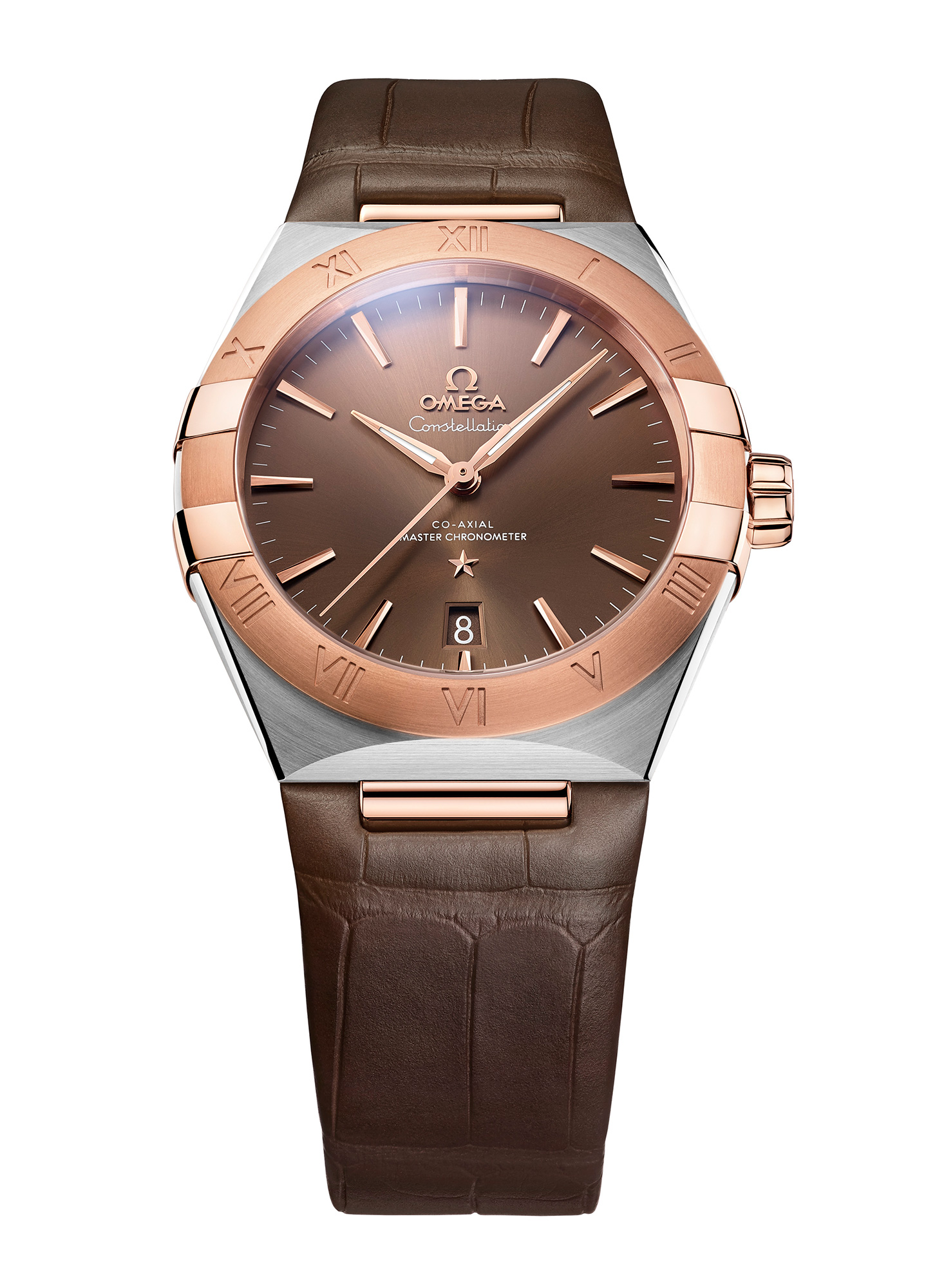 Created in 39mm diameter, the new watches are offered with straps as well as bracelets.

Among the changes, the new hands and markers endow the watch with a sleek appeal and uniqueness in look. That may be because of the inspiration behind them. In fact, the designers at Omega were inspired by the triangular facets of New York’s Freedom Tower. 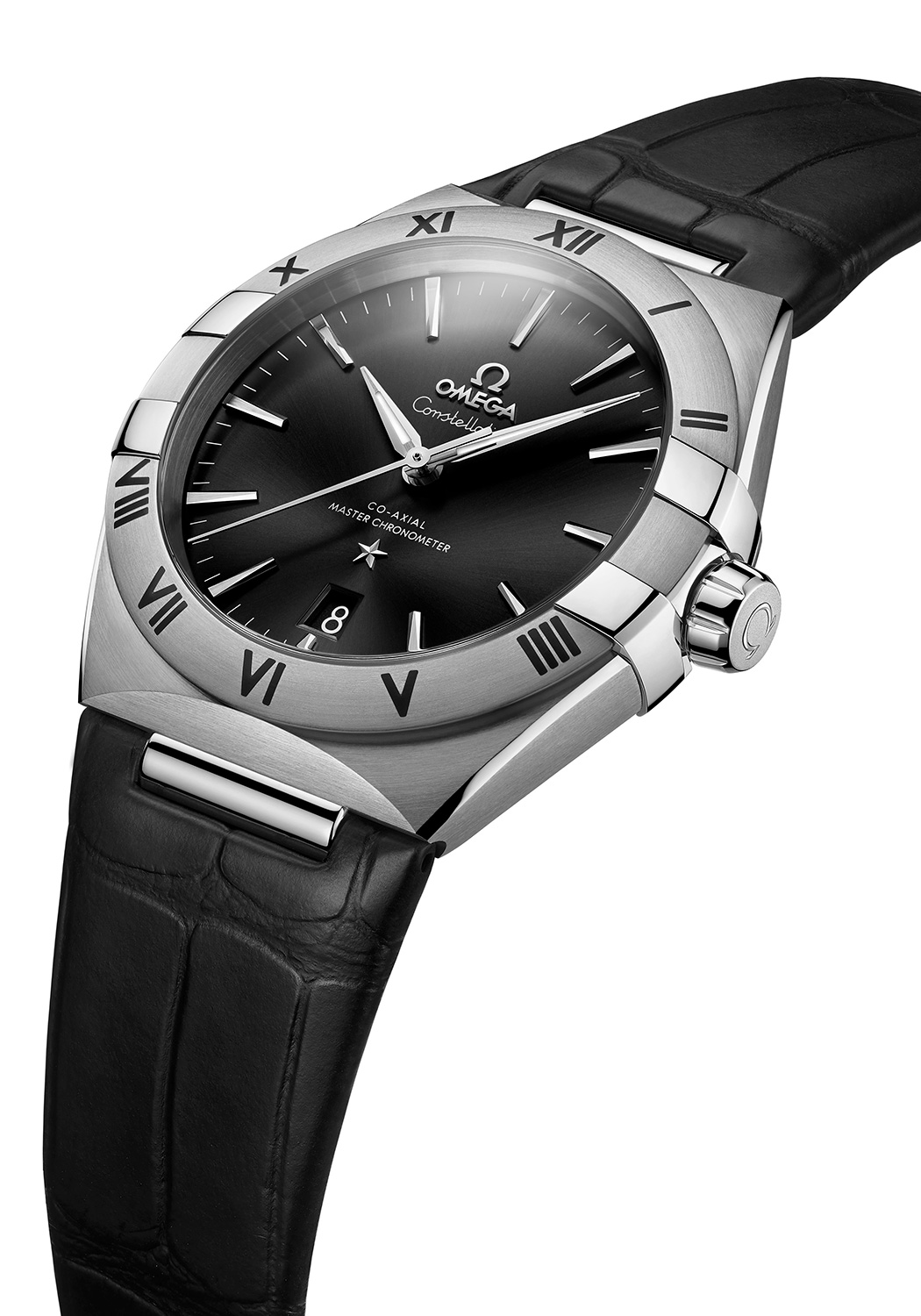 Even the bezel is slimmed down on the new generation of Omega Constellation watches, and the Roman numerals have been redesigned.

While, the Constellation was first launched in 1952, today’s Constellation watches really reflect the models that came out 30 years after the initial launch in 1982. That year witnessed the Constellation with the now-iconic four claws on the case side. It also featured the single-link bracelet. Those attributes continued throughout the past nearly four decades, and continue in the newest generation of watches. 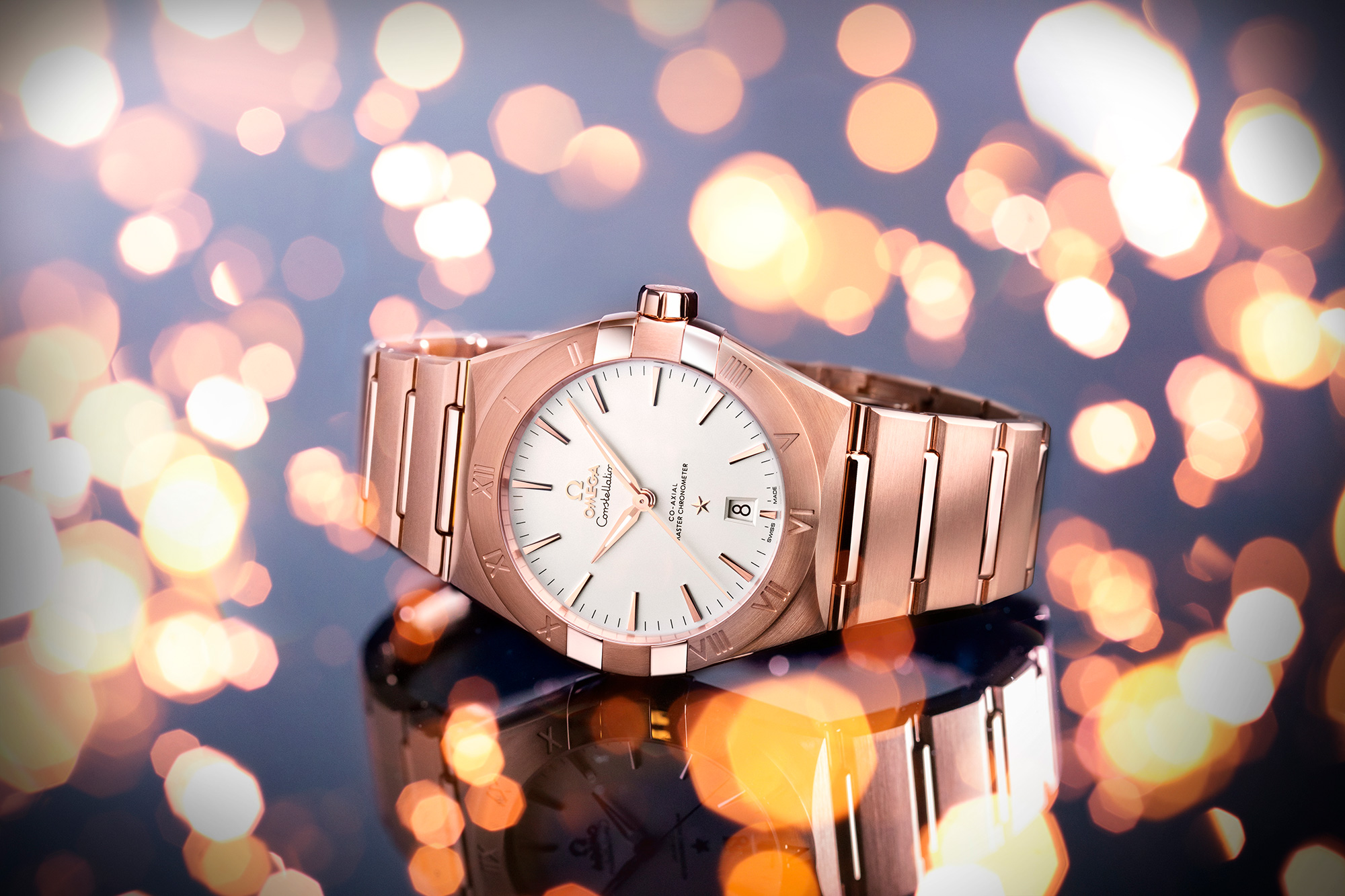 Among the changes in the new Omega Constellation for men is a new bracelet with a mid-link between bars for more ergonomic appeal.

Raynald Aeschlimann, President and CEO of OMEGA says, “Men who wear OMEGA timepieces expect sophistication and excellence. These new Constellation models deliver these exact qualities and much more.  They are a testament to our history and our innovation, as well our constant pursuit for refinement.”