The watchmaking industry is more than 500 years old. Before that, we had water clocks, sun dials and other ways to tell the time of day. While they were rudimentary compared to today’s watches that can time to fractions of a second, they got the job done well enough for the era. That may be why independent Swiss watch brand Greubel Forsey recalls past philosophies in its newest, highly futuristic GMT Balancier Convexe watch. This three-dimensional timepiece puts the Earth squarely (well, ok, round) as the center of the universe – a concept that dates back to Eudoxus’s view of the geocentric universe around 380 B.C. 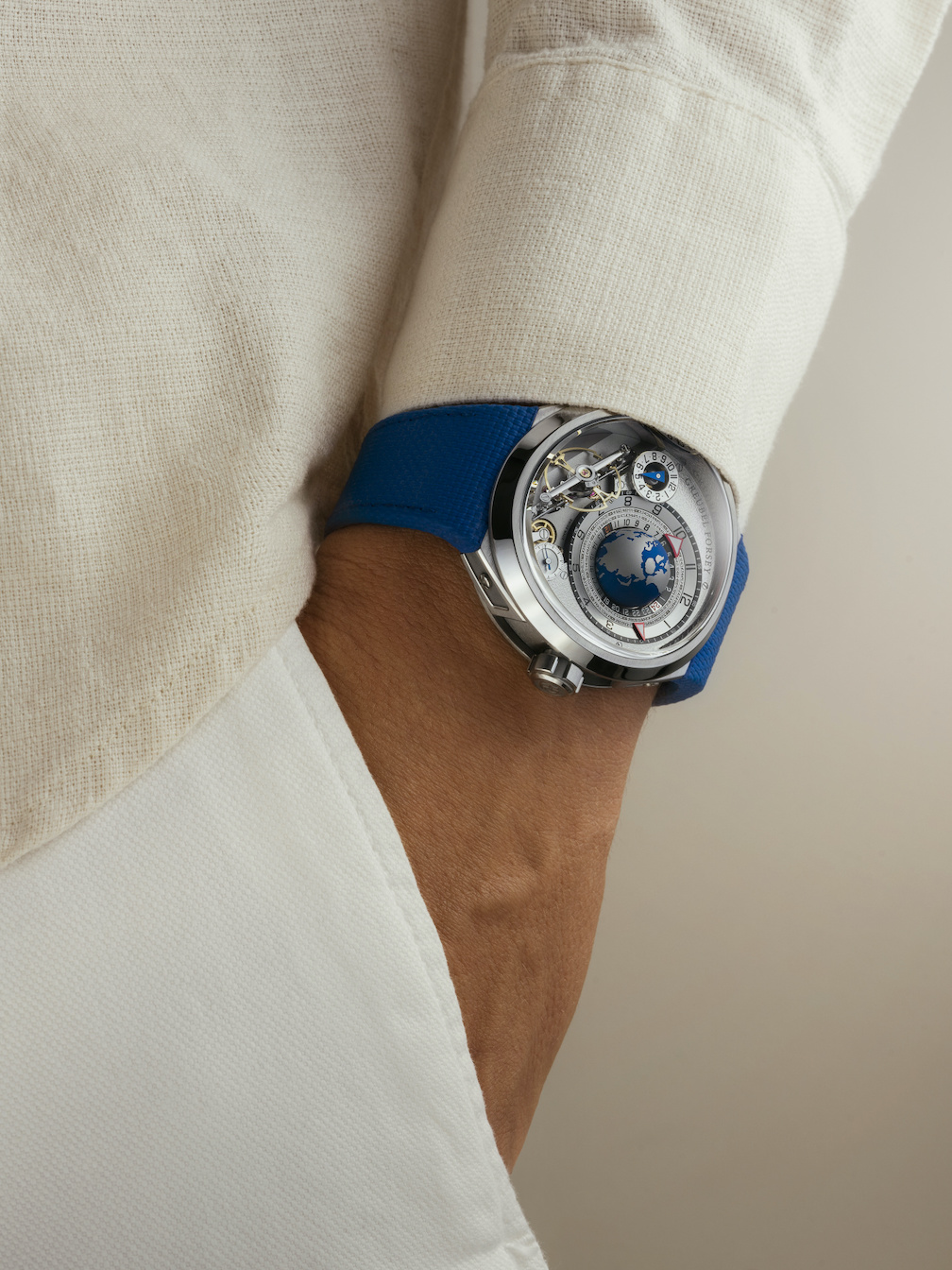 Just 22 pieces will be made per year from 2022 to 2024 of the Greubel Forsey GMT Balancier Convexe watch.

No, watchmaking is not going backwards. In fact, in this highly complicated patented limited-edition watch, the concept of the Earth taking center stage is all about beauty, balance and harmony. That, mixed with elaborate precision watchmaking, could just blow your mind.  Additionally, this timepiece combines several Greubel Forsey signature looks into one watch, including the inclined balance, the convex shaped case and the GMT function.

For the first time ever, Greubel Forsey places its beloved spherical – constantly rotating — globe of the Earth in the top portion of the open-worked watch to be seen in all its glory. It represents the first time a Greubel Forsey GMT watch has the Earth at the center. The hand painted titanium terrestrial globe showcases the continents, oceans and seas in all their glory. The globe is surrounded by three rings and offers an almost amphitheater presentation of time and Earth. 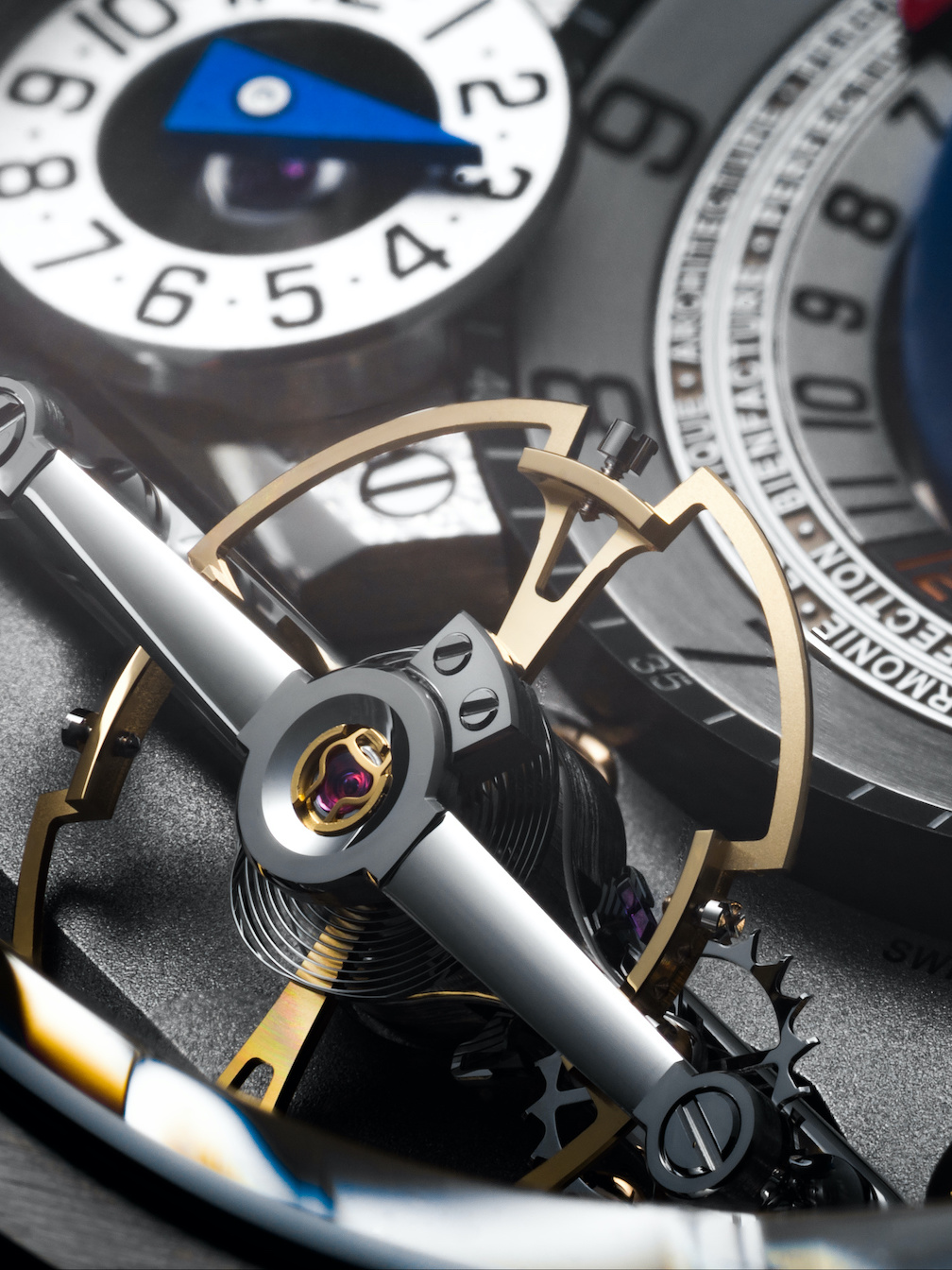 In this watch, the Earth moves dial in a constant 24-hour rotation. The outer rings showcase the hours and the minutes (of local time) and the GMT or universal time. The 24 key time zones of the world are listed in a day/night indication by using a black background for night and a white background for day. An off-center display at 10:00 indicates a second time zone. 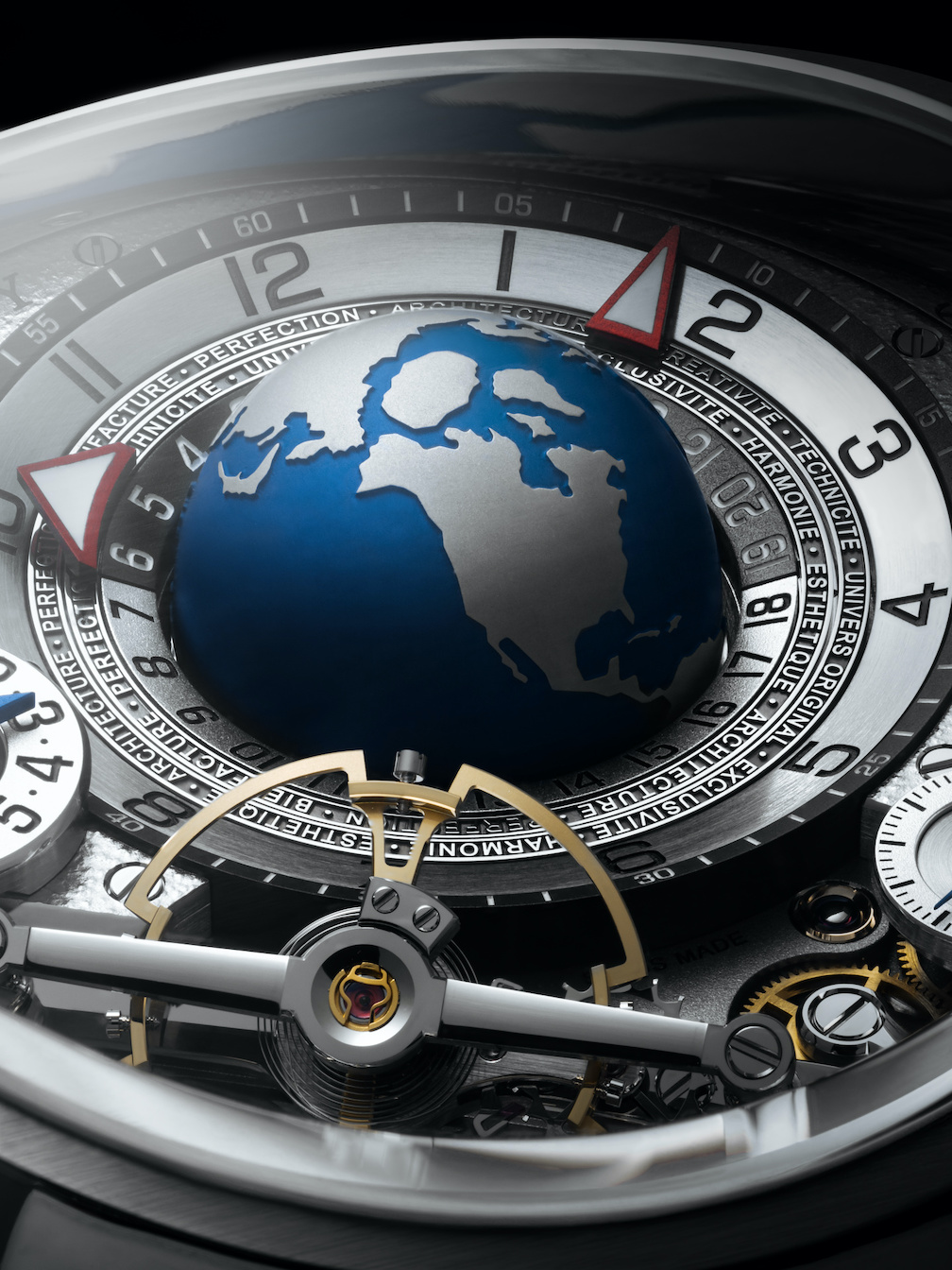 The Greubel Forsey GMT Balancier Convexe watch is crafted in titanium and offered on strap at $400,000 or on bracelet at $445,000.

The convex-shaped case (first introduced in 2019 on the Greubel Forsey GMT Sport watch) allows for viewing of the dial side of the watch from all angles – giving majestic views of the globe, the time indications, balance wheel, and more.  It is also the first time that the brand includes an inclined balance wheel on a GMT model. That balance wheel at 6:00, found opposite the globe, sits on a 30-degree angle that is determined to deliver optimal isochronism. The first inclined balance wheel in an in-house movement from Greubel Forsey only made its debut in 2020, and this watch marks the first time it is used with the GMT function.

By adding the inclined balance wheel instead of a tourbillon escapement on a GMT watch (the GMT was first introduced to the world just over a decade ago in 2011), the brand has created a new patented hand-wound movement with a massive 423 parts that represents a new pillar for its comprehensive line up.  The case back features a disk with 24 time zones but instead of the UTC of Paris, La Chaux-de-Fonds, Switzerland – Greubel Forsey’s home – is listed. 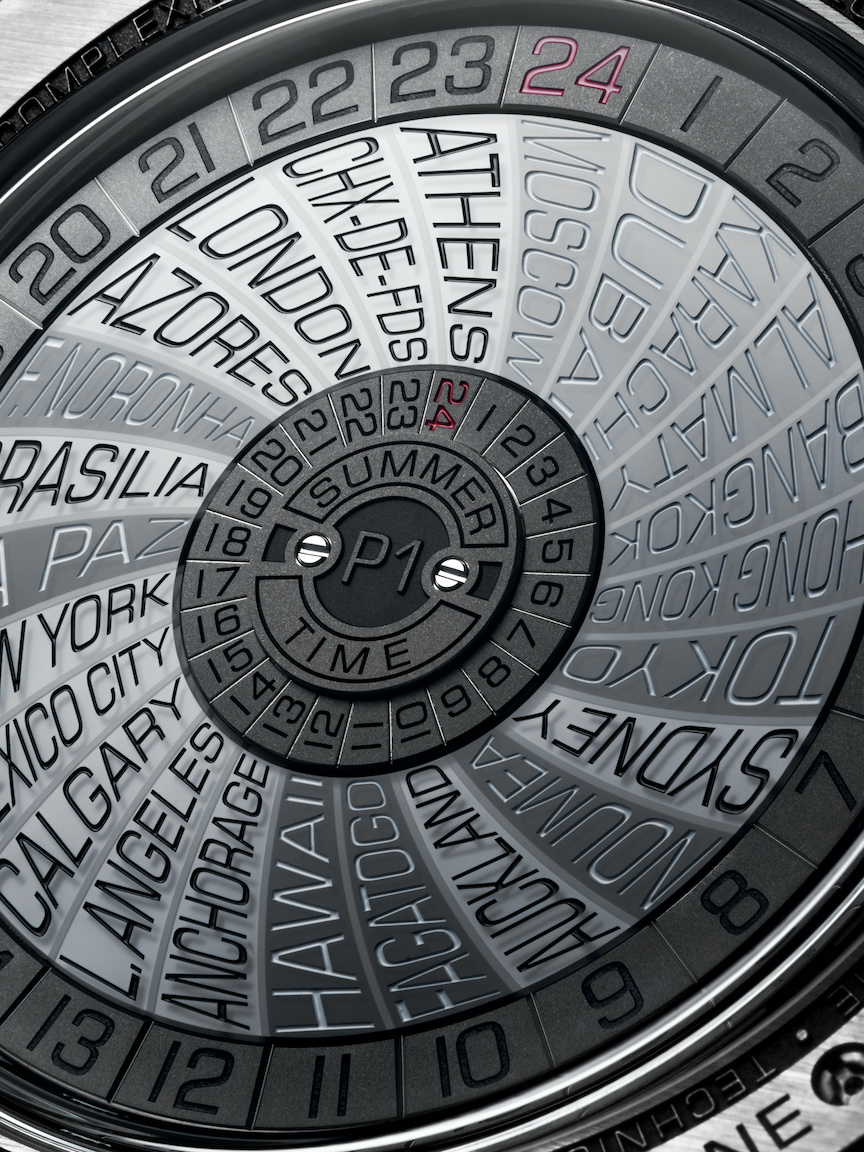