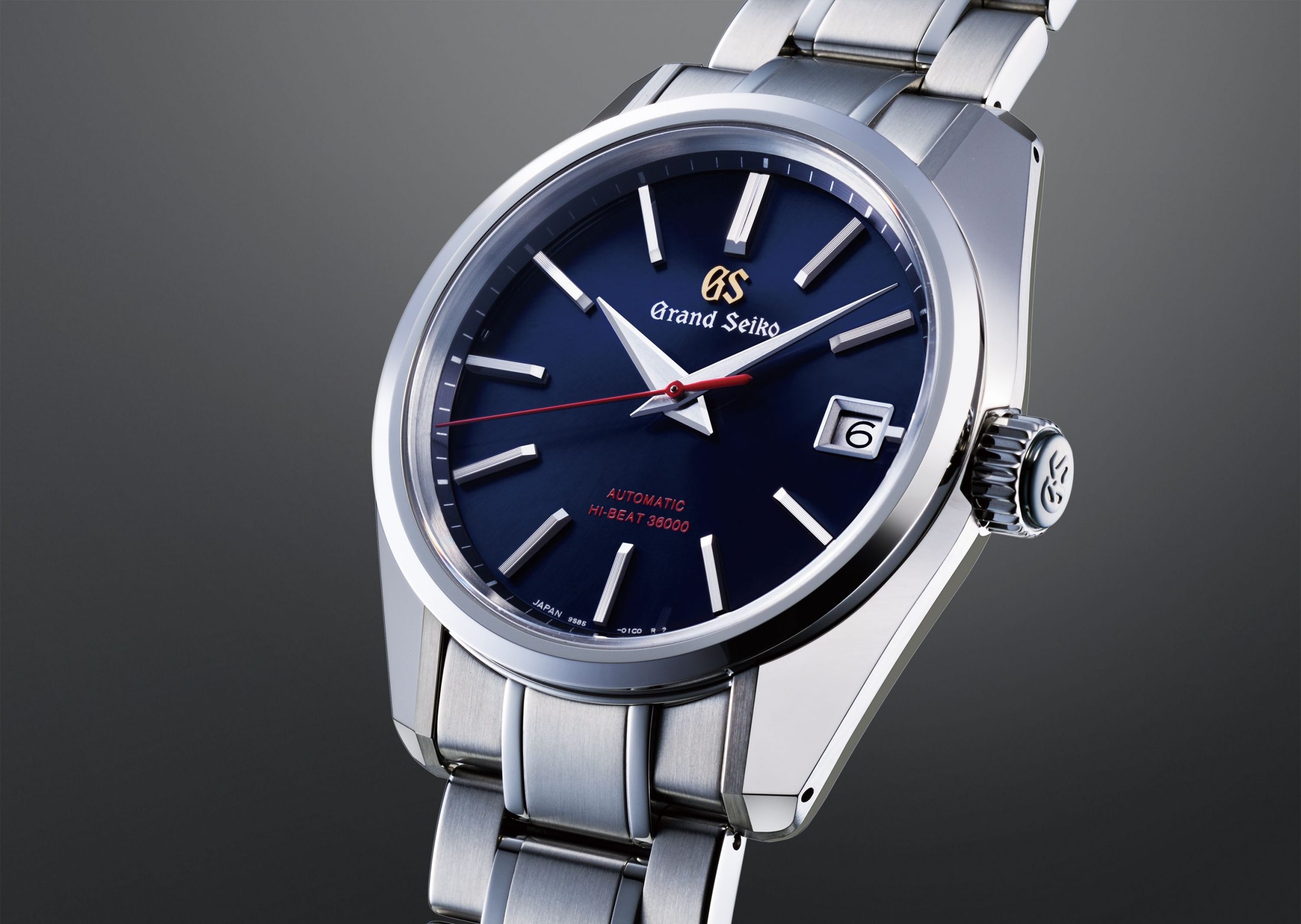 In honor of its 60th anniversary, Grand Seiko is unveiling four limited-edition watches that reinterpret the brand’s signature blue on the dial and its technically superb precision movements inside. It was in the late 1950’s that a group of Seiko’s best watchmakers banded together to try to create an even higher level of precision and legibility. Through  research and development, as well as much back-and-forth to the drawing board (after all they didn’t have 3D printing, high-tech computer aided design or even micro technology back then), the group unveiled its first creation in December 1960. Recognized for its exceptional chronometer accuracy and its high standards, the watch was named Grand Seiko.  Since then, the Grand Seiko collection (at first), and now the Grand Seiko brand is regarded as the pinnacle in watchmaking. As such, with the 60th anniversary upon the Japanese brand, new renditions were inevitable — and highly anticipated. All boast signature blue dials, but each has its own individual presence and statement. 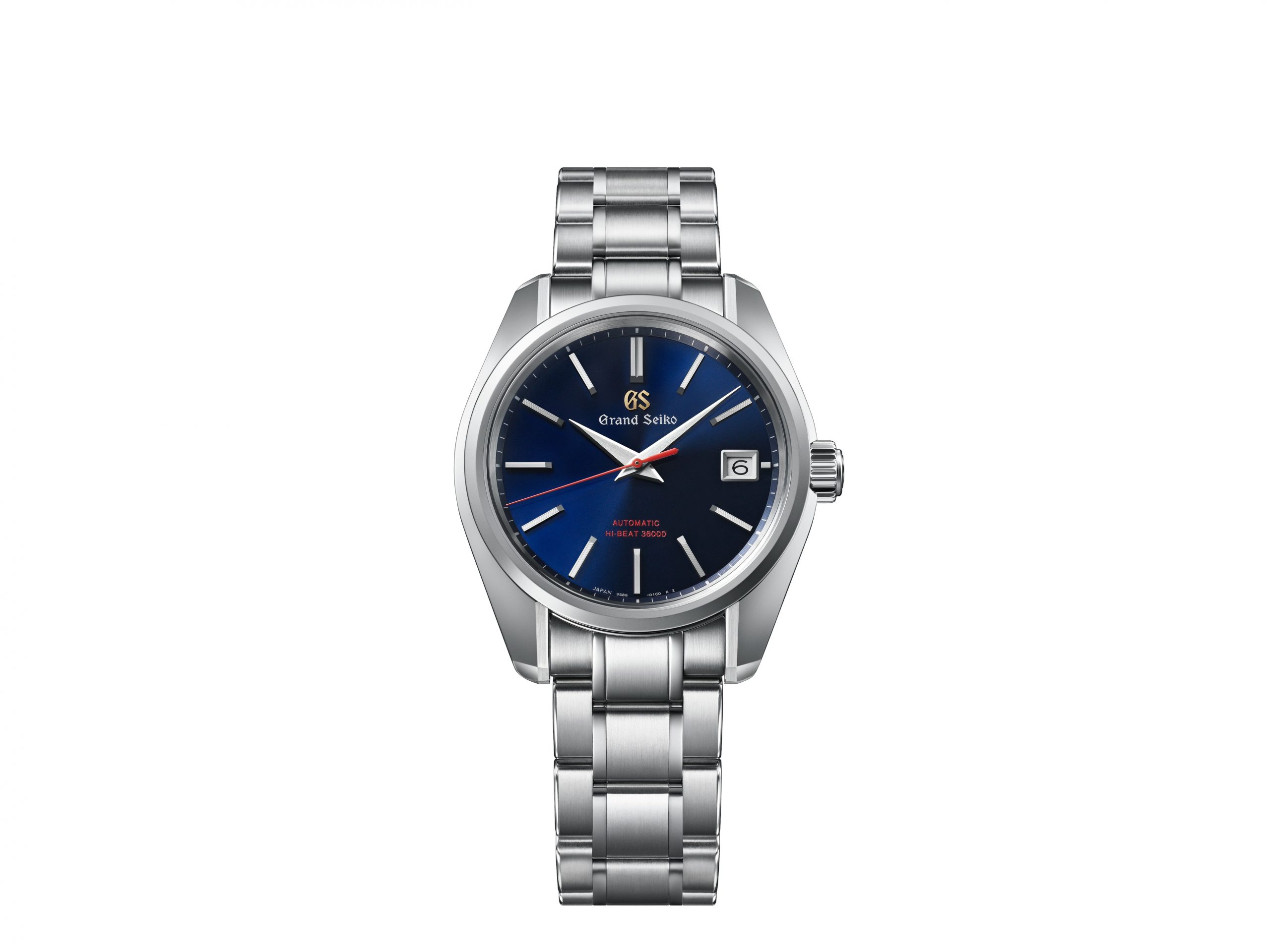 On the Grand Seiko Hi-Beat 36,000, the logo is in gold and the seconds hand is in bright red to emulate the sunrise.

Easily the premier watch in the collection is the Hi-Beat 36000 watch from the Heritage collection.  Recalling the much coveted 44GS watch from 1967 that was considered the pinnacle expression of Grand Seiko’s style, this new watch is powered by the brand’s High-Beat Caliber 9S85, which delivers an accuracy of +5 to -3 seconds a day and a 55-hour power reserve. On this watch only, the Grand Seiko logo is in gold at 12:00, and the seconds hand is in bright red — both designed to emulate the sunrise. Exactly 1,500 pieces will be made, each retailing for $6,300. 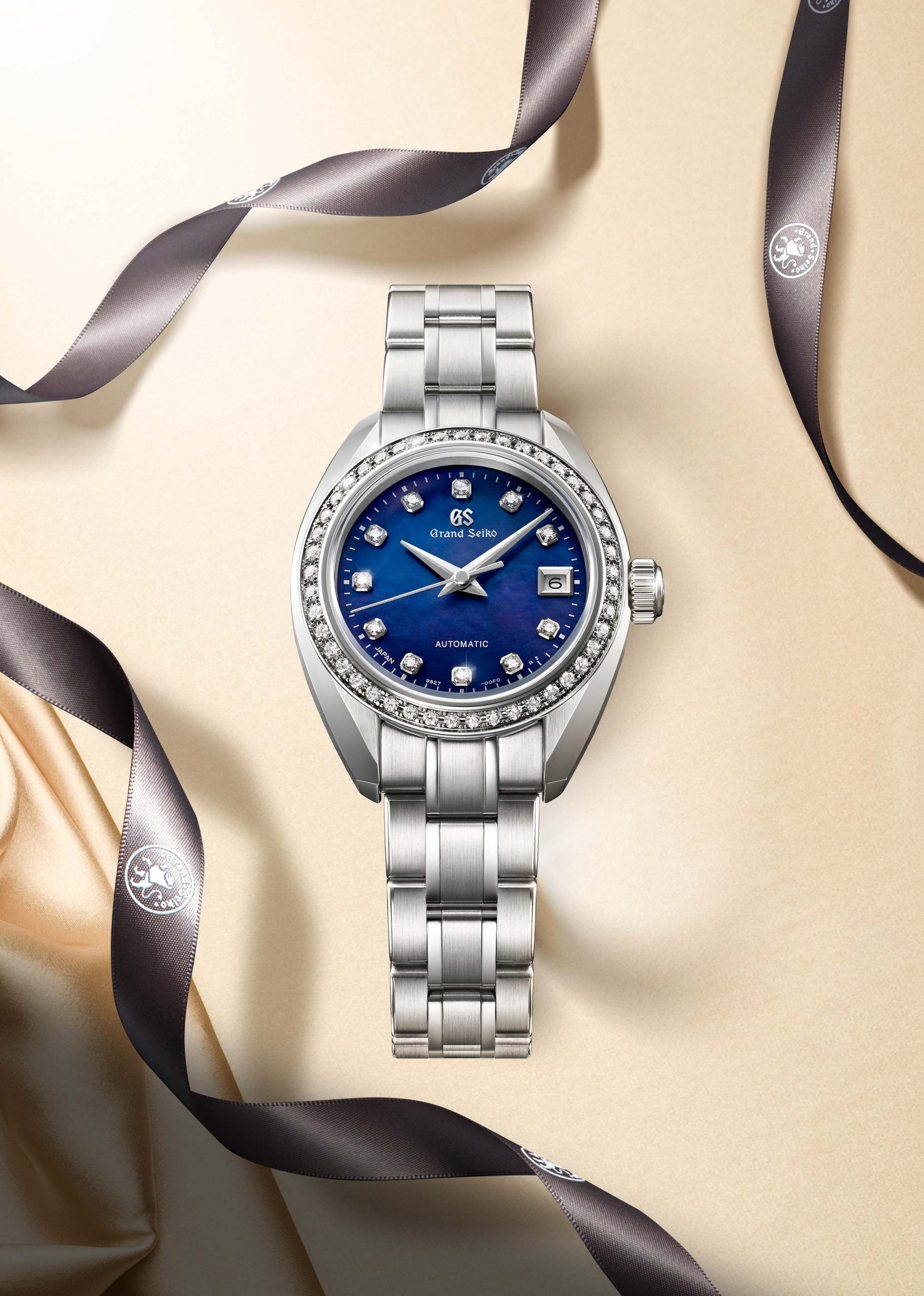 Of course, Grand Seiko would never dream of not creating a powerful women’s piece, and so the new women’s automatic watch — surrounded with diamonds — is powered by Caliber 9S27 movement that is precise to +8 to -3 seconds a day. With 50 hours of power reserve, the watch is slim in size, features the red seconds hand and boats a blue mother-of-pearl dial.  In addition to offering 11 diamond hour markers, the bezel is meticulously set with 45 diamonds. After all, it is a diamond anniversary. Just 300 pieces will be made, each retailing for $9,500. 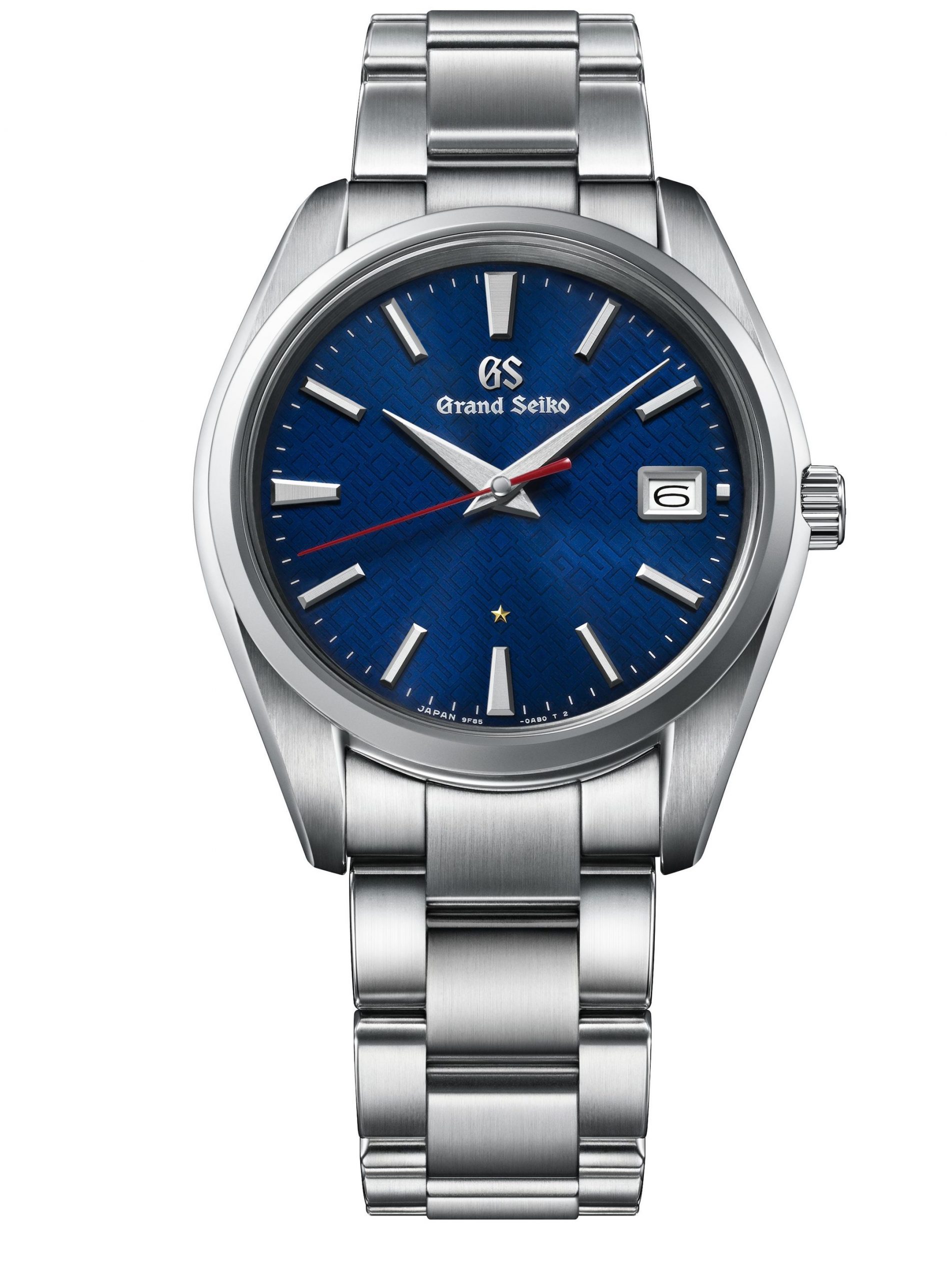 The other two pieces that help to celebrate Grand Seiko’s look to the future are quartz powered. They boast a new user-friendly caliber that maintains accuracy when the time zone is changed. Both of the new timepieces are powered by the Caliber 9F85, which has a time difference adjustment function that allows the hour hand to be adjusted without stopping the seconds hand. This aids in accuracy when changing time zones.  An all-steel version, SBGP007 Heritage Collection Quartz Limited Edition watch, is created with blue dial has a movement that is specially adjusted to a level of accuracy of ±5 seconds a year. The dial of this watch features a 2020 pattern and a five-pointed star at 6:00 denoting the added precision. Thanks to a thin bezel, the dial is wider and  more legible. It is created in a limited edition of 2,500, each retailing for $3,800. 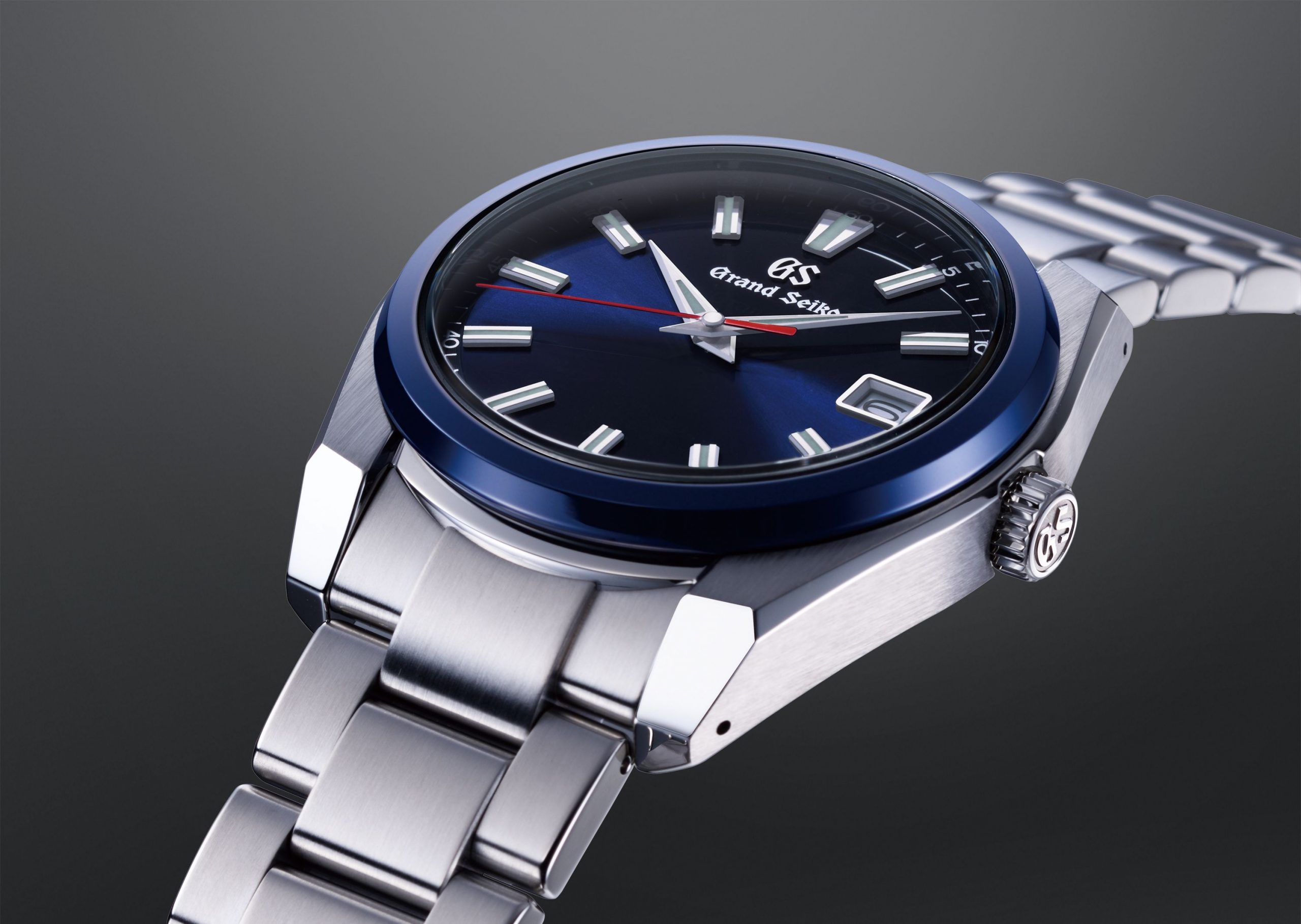 The second Sport Collection Quartz limited-edition model, similar in nature, boasts a blue ceramic bezel to match the bold blue dial. This version is accurate to +/- 10 seconds a year. The 40 mm watch boasts hour and minute hands that are coated with LumiBrite for increased legibility. Additionally it is magnetic resistant and water resistant thanks to a screw-in crown. It will retail for $3,900 and 2,000 pieces will be made.  All of the watches boast specially engraved case backs, and all are sold with superbly crafted stainless steel bracelets. Best of all, these watches are making the way to stores now.