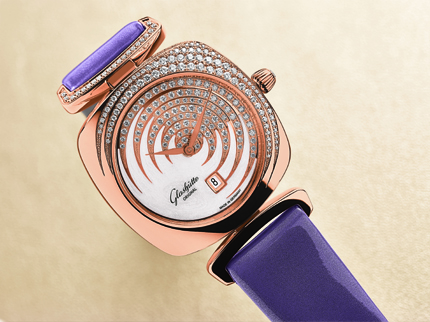 A few nights ago, at the famed Waterfall Mansion on New York’s Upper East Side, Glashutte Original paid tribute to women with the launch of its new Pavonina collection of timepieces.  Created just for women by this esteemed German watchmaker, the Pavonina timepieces feature cushion-shaped cases that recall the 1920s. 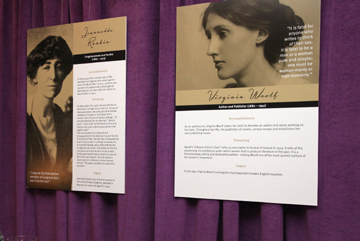 “It is a shame we didn’t do this sooner, women love timepieces made just for them and it opens so many doors for the brand and our retail partners,” says Dieter Pachner, vice president of sales for Glashutte Original.  While the party was held last week, the watches won’t make their official launch until July- when they will be found in stores. “We went back to the 1920’s in the creation of this watch, we were strongly inspired by the women of the era and by this cushion shape, which arose again in the 1960’s and 70’s; it is very glamorous.”

To celebrate the night, Glas 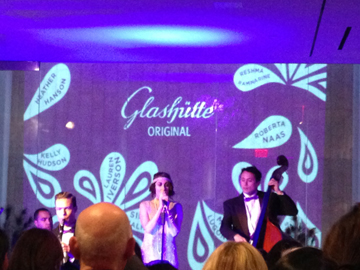 hutte recalled the strong, smart, beguiling women of the roaring 20’s who broke the molds. The brand recreated a speakeasy lounge setting (with a whiskey bar) and brought in an amazing swing band. On display throughout two of the three floors of the mansion were images of famous women and their accomplishments in life.  A watchmaker was on premises, as well, demonstrating the art of watch making.  Even the waterfall behind the band’s stage was lit up with lights and a display that celebrates today’s women of accomplishment. 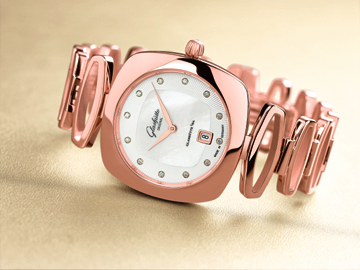 e is a rich tribute to women thanks to the seductive shape and the use of color and diamonds accents. In fact, the sleek and alluring line – created in steel, rose gold  and two-tone –runs the gamut from simple unadorned pieces to unusually set diamond pattern on dials and cases. The three-hand date watches are powered by the Caliber 03-01 quartz movement and retails from $4,900 to $39,600.