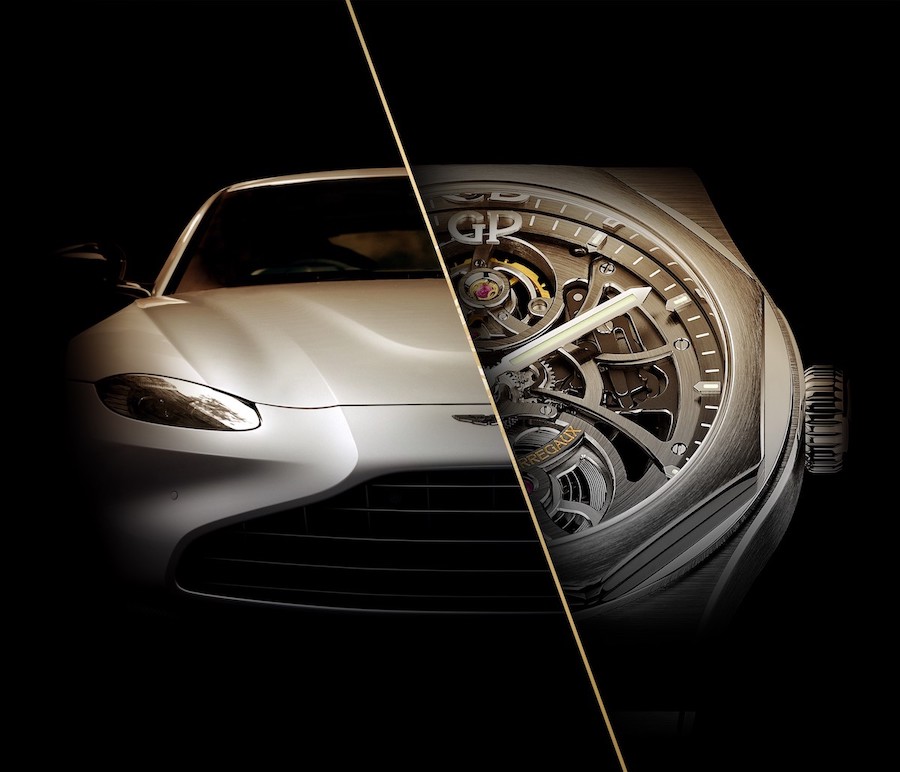 In big news today, Swiss watch brand Girard-Perregaux announces that it has teamed with Aston Martin as the Official Watch Partner for the British luxury automobile manufacturer.  This is big news, as it restores Girard-Perregaux’s affiliation with the world of car racing — something that its previous owner, Gino (Luigi) Macaluso first started. He had been a racer driver and was the first to create a car/watch affiliation back in the 1980’s. Now the brand comes full circle again, as Girard-Perregaux branding will also be seen on the Aston Martin Cognizant Formula One(TM) Team cars with the start of the 2021 F1 season.

Naturally, a host of different timepieces will also arise from the collaboration. Set to be revealed later this year, the watches should be a deft blend of the best precision and ergonomics, inspired by the cars and drawing on the wealth of watchmaking prowess inherent in Girard-Perregaux’s DNA.

Both Aston Martin and Girard-Perregaux were founded by visionaries with an innate passion. Aston Martin was formed in 1913 by Lionel Martin and Robert Bamford. Girard-Perregaux can trace its origins to 1791 when 19-year-old Jean-François Bautte built his first watch. However, the brand, as it is known today, is the result of descendants  and the marriage of Constant Girard to Marie Perregaux in 1854. 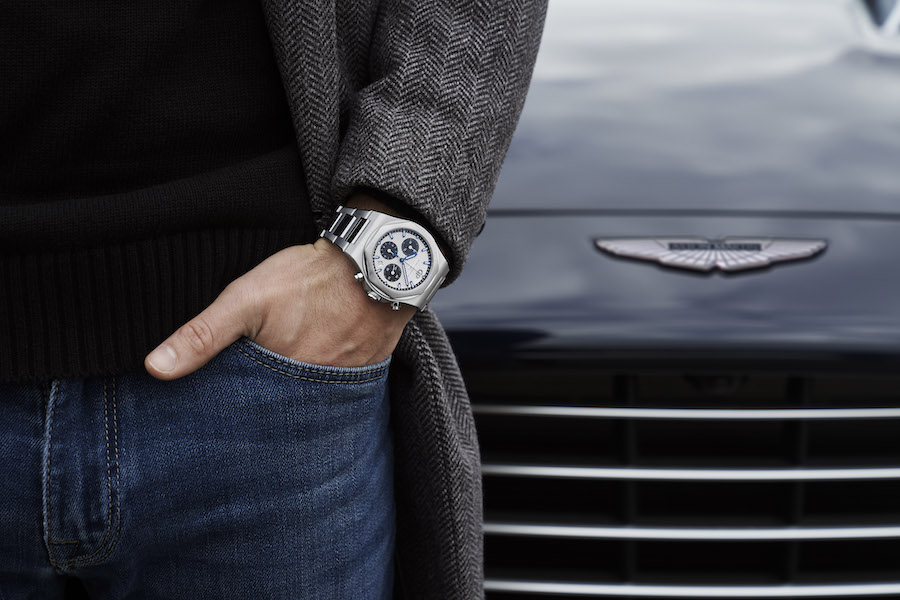 The new watches that will be the result of the partnership between Girard-Perregaux and Aston Martin will be out later this year.

The now-legendary Aston Martin DBR1 that was first unveiled to the world in 1956, was made for competitive racing, was a precursor for some of Aston Martin’s most well-known heritage ‘DB’ road cars. The design incorporates the side air vent, which was revolutionary for Aston Martin at the time and which remains a key characteristic of Aston Martin’s sports cars today.

Also creating its own revolution in the watchmaking world back in 1867, Girard-Perregaux’s now-famous Tourbillon ‘With Three Gold Bridges’  showcased the functional bridges on the dial side — winning the brand awards and setting a style that remains coveted today.

According to Tobias Moers, Aston Martin Lagonda’s CEO, “The real beauty of partnerships such as this one is that, although we share very similar core values, the two brands can learn a great deal from one another. Girard-Perregaux is a prolific innovator in the use of materials and new technology. We both create highly desirable luxury products that are beautifully designed, deliver a powerful performance and exhibit flawless execution.”

As to the racing relationship, Otmar Szafnauer, Aston Martin Cognizant Formula OneTM Team Principal and CEO says, “On the racetrack, time, too, is of the essence. Formula One™️ and Aston Martin Cognizant Formula One™️ Team in particular will prove themselves to be respectively a fantastic platform and a brilliant partner for Girard- Perregaux, whose timepieces are second to none in terms of quality and desirability.”

Patrick Pruniaux, Girard-Perregaux’s Chief Executive Officer says the relationship marks the  230th anniversary of the brand’s founding. “We have much to celebrate so uniting our worlds to create something special is the perfect way to acknowledge and appreciate these milestones.”