Frank Sinatra Lovers: Bulova Does It Your Way 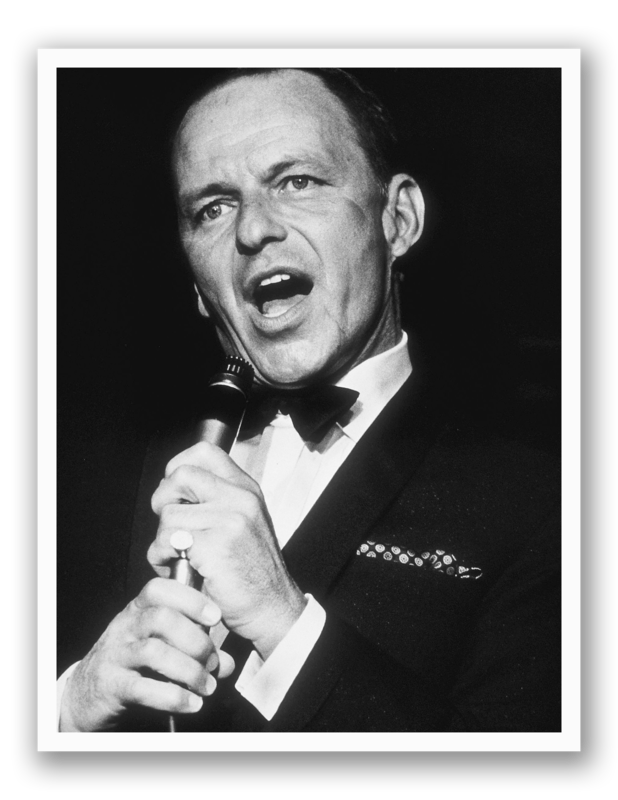 Frank Sinatra. The name alone conjures song titles, images of blue eyes, crooning and so much more. Throughout his incredible career, Frank Sinatra recorded more than 1,400 songs, starred in 60 movies and produced 8 films. An Oscar winner, he was awarded the Lifetime Achievement Awards from The Recording Academy, The Screen Actors Guild and the National Association for the Advancement of Colored People (NAACP), as well as the Kennedy Center Honors, the Presidential Medal of Freedom and the Congressional Gold Medal. Now, the legendary singer has a very special watch collection from Bulova in his honor.

Bulova  has supported music in a host of ways during the past couple of decades via partnerships with The Recording Academy, Latin Recording Academy, and others.  As such, its dedication of a new collection to honor the nine-time GRAMMY® Award winner makes sense –especially since there was some history dating back to the 1950’s. At that time, television program, The Frank Sinatra Show, was sponsored by Bulova Watch Time.

For the new collection, Bulova draws design inspiration from the 1950’s and 1960’s. A total of 10 timepieces in a variety of case shapes and designs are being made– and are naturally named after some of his most impressive songs. The quartz-powered My Way watches are tank watches in steel and in steel-and-gold-tone. The Best is Yet To Come styles include three round 40mm watches with different colored dials and straps. These watches are powered by a Swiss-made manual wind Sellita SW215 movement. 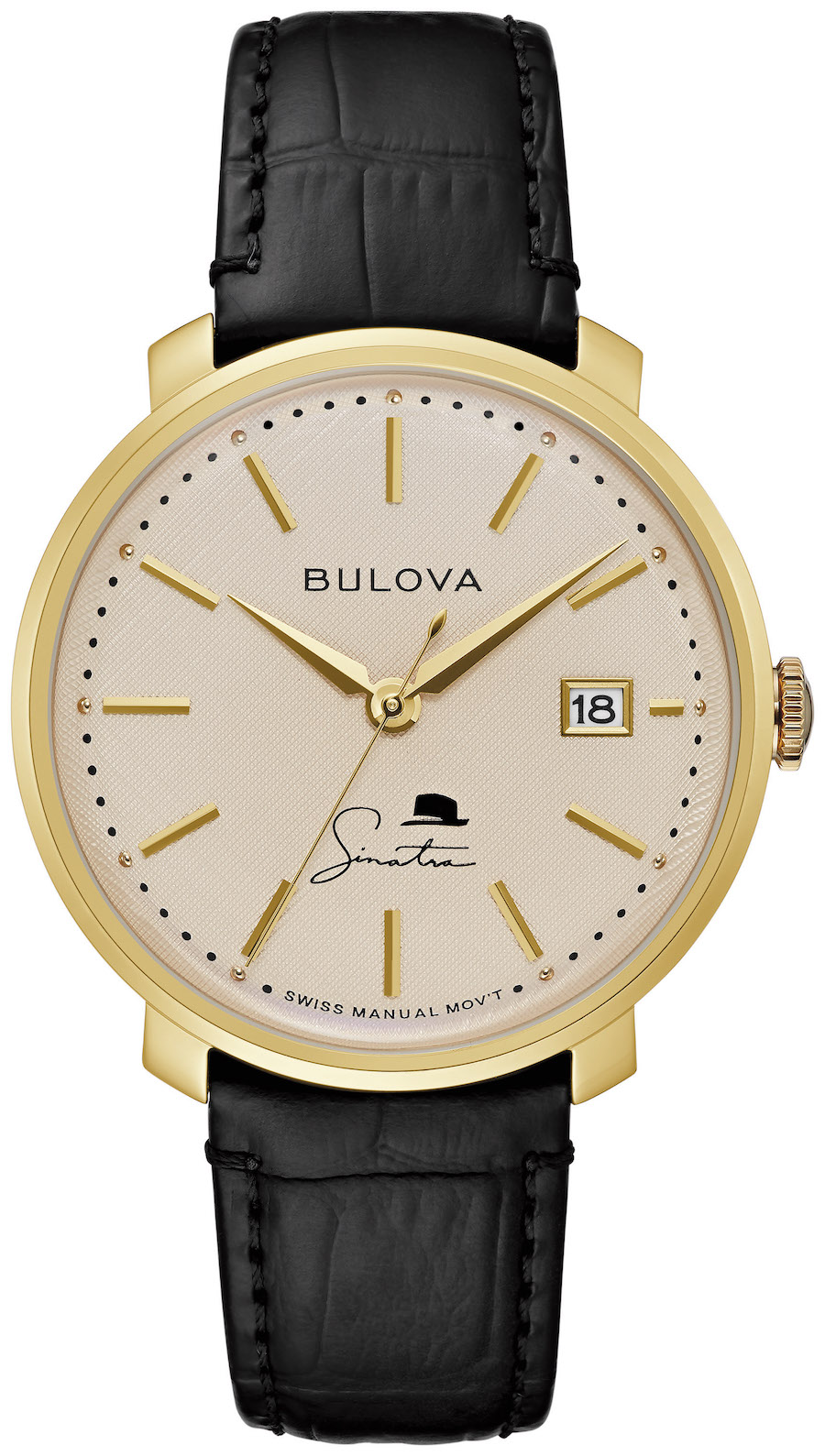 Bulova Frank Sinatra The Best is Yet To Come watch

There are also three pieces under the name Fly Me To The Moon series of 39mm round case watches with different colored dials and  a lizard strap. A stainless steel case option is seen with a black fluted dial and gold-tone hands and indices placed on a brown lizard textured strap. These watches are powered by the automatic Miyota Caliber 8215 movement, which is visible via a transparent case back.  The Young At Heart watches ares powered by the Miyota caliber 8215 movement and with transparent case back. One version features a  brown sunray brush dial inspired by Sinatra’s whiskey partnership. 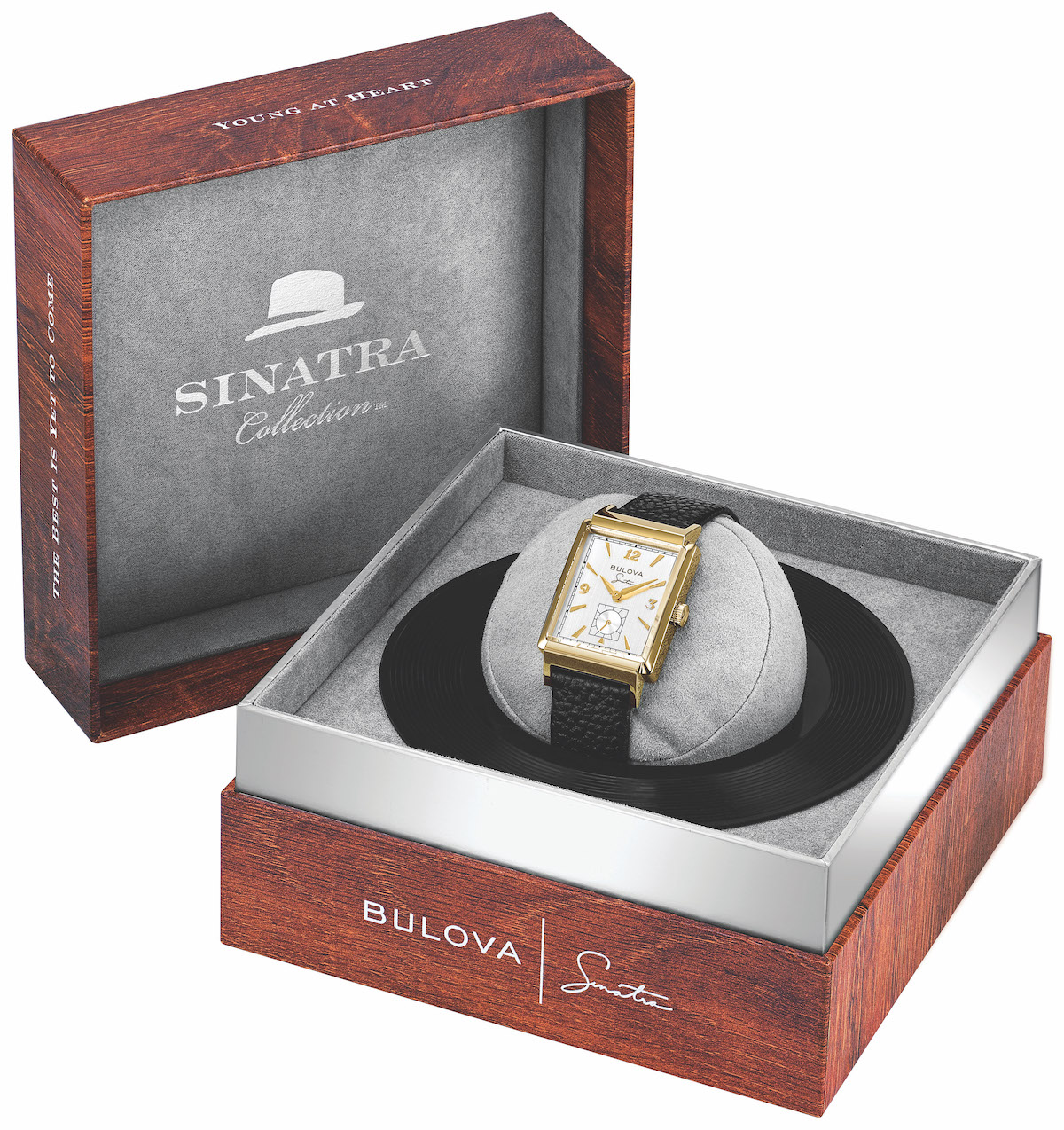 The entire Frank Sinatra Bulova collection boasts design elements such as his iconic Fedora hat as the symbol on the crown, and the song titles imprinted on the inside of the straps. Each watch features Frank Sinatra’s signature on the dial. The collection is sold in special edition packaging inspired by a vinyl album box set with lyrics from Sinatra’s four famous songs and vintage images surrounding the box. The collection is expected to be in stores this fall. The watches will retail for $495 to $1,350. 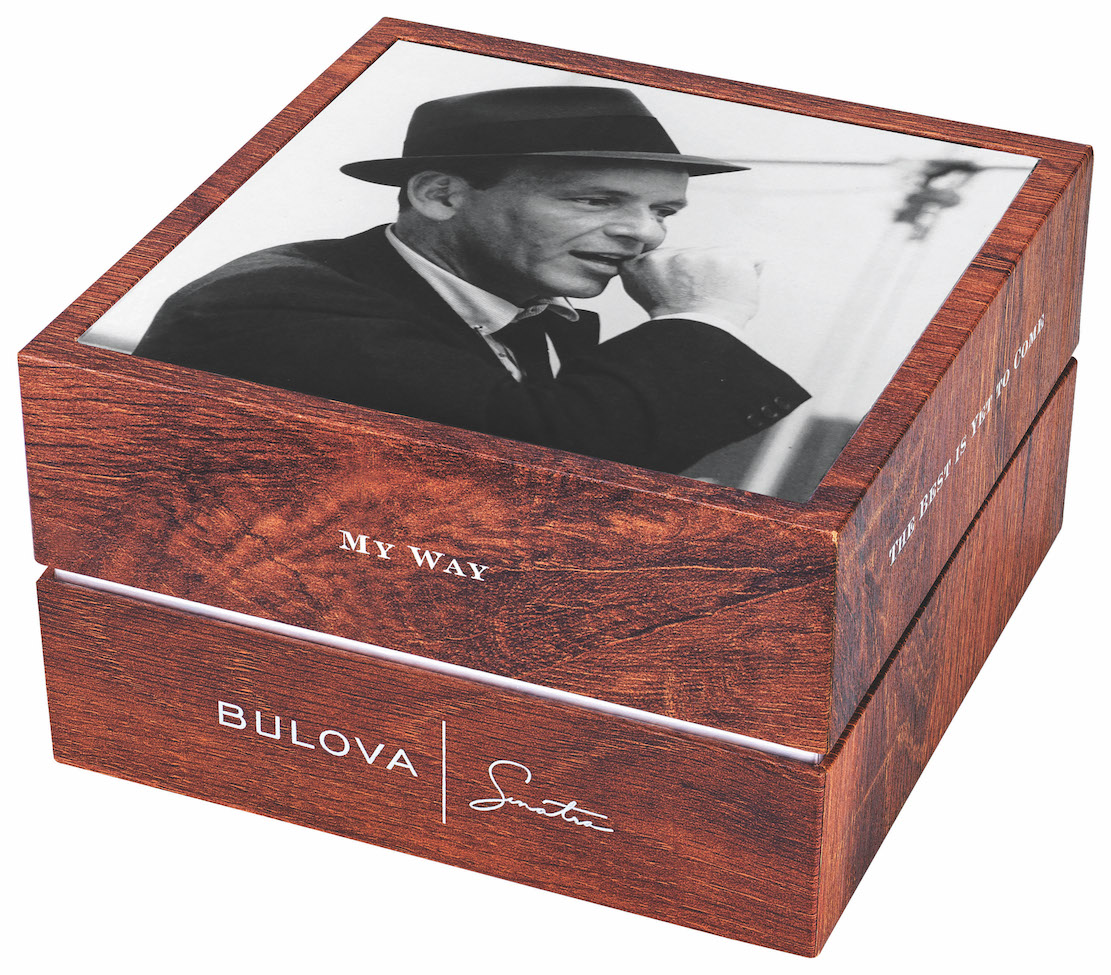 Bulova Frank Sinatra watches are sold in a specially made box.

Frank Sinatra’s daughter, Tina Sinatra, says  “No one respected time more than my father, he never liked to keep an audience waiting. He often said, ‘If you’re not early, you’re late.’ Dad’s association with Bulova spans over six decades and we are proud to continue the relationship into the 21st Century.” 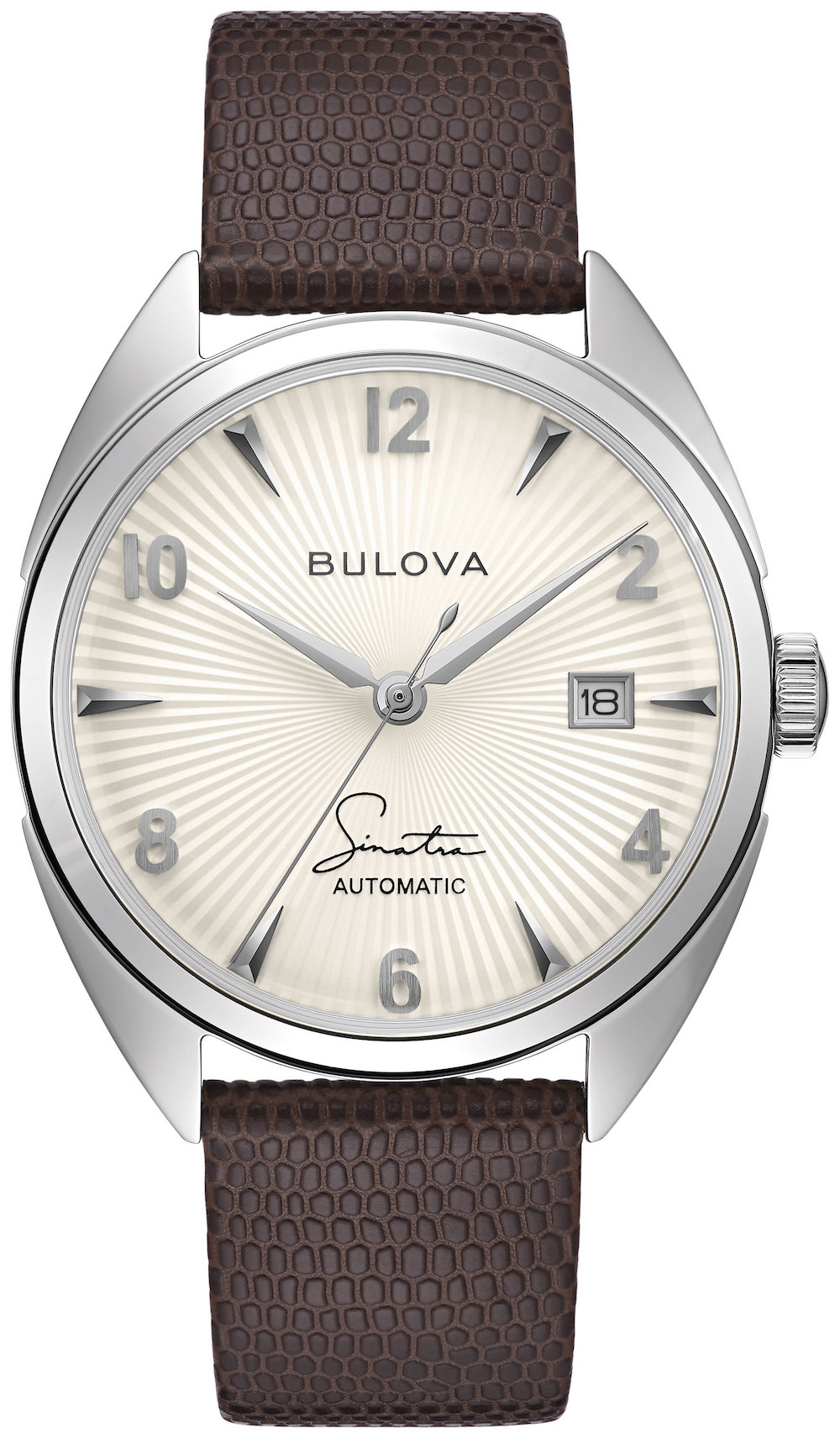 Bulova Frank Sinatra Fly Me To The Moon watches