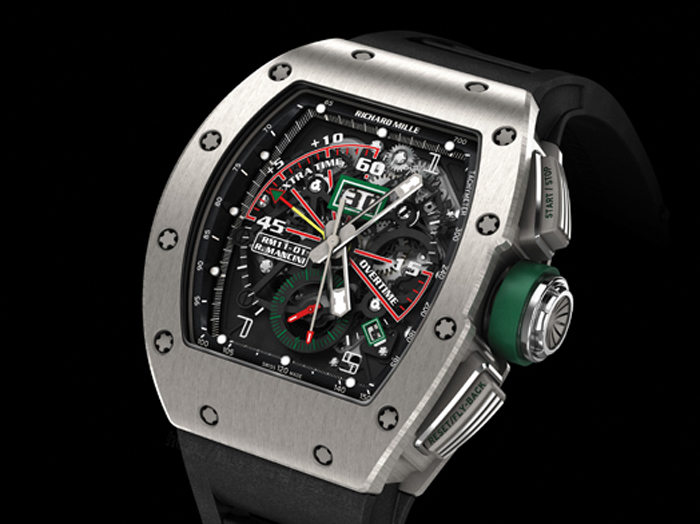 It was a busy weekend in Rio — with several great matches, fairly predictable wins, teargas firings and more…. but, hey, it’s FIFA so who wouldn’t expect some exctitement? As we continue on our near  month-long reportage of a comprehensive look at who’s who in the watch world as it relates to international football, we bring you today’s daily FIFA World Cup 2014 post– featuring another watch brand sponsoring a top international team. Richard Mille is the Official timing partner of Manchester City Football Club.

The Richard Mille international football watch:  Richard Mille Roberto Mancini 11-01, created in collaboration with championship soccer player and Manchester City team manager, Roberto Mancini as part of the brand’s official sponsorship of Manchester City football club. The watch measures match times based on two 45-minute halves, one on each side of the dial, along with another 15 minutes of stopping time. As part of the brand’s commitment to local communities, Richard Mille will donate a unique timepiece to auction on behalf of the club’s charitable association ‘City in the Community’.