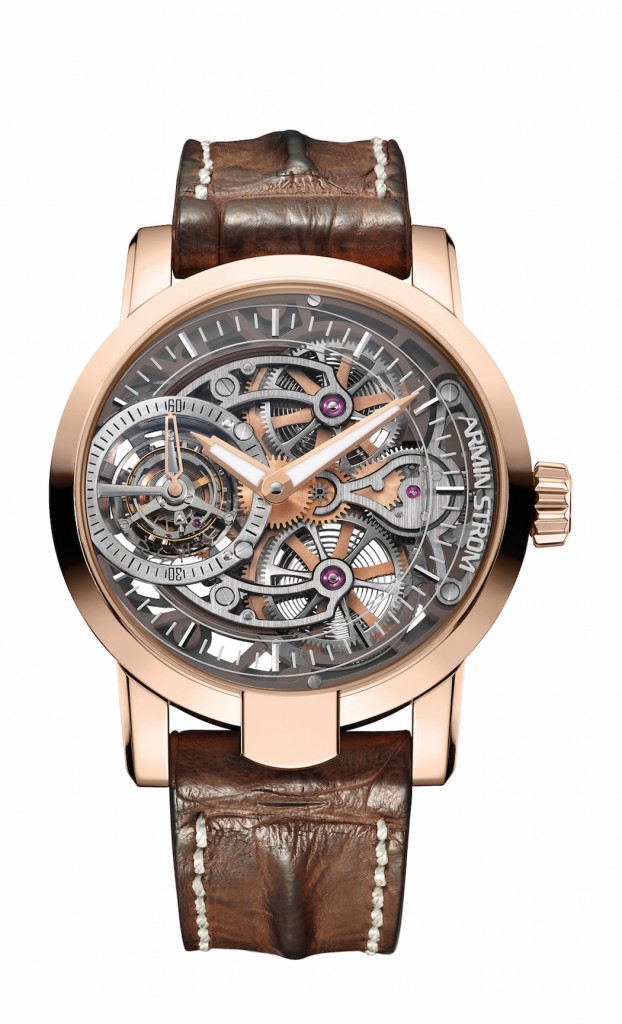 Independent Swiss watch brand Armin Strom continues to unveil masterpieces of art and technology while at the same time regularly paying homage to its founder, master skeletonizer Armin Strom. Strom had founded his brand in 1967 and nearly 45 years later, in 2011, retired, leaving the brand to be fully operated by the Michel family. Today, Serge Michel and head horology Claude Greisler, continue to create technically precise and extraordinary timepieces. In fact, they have established a Manufacture in Biel/Bienne (opened in 2009) that produces the brands movements. Since then, the company has released its own manual-wind tourbillon and a micro-rotor tourbillon.

Now, with the new Tourbillon Skeleton Fire, the brand unveils not only a skeletonized watch, but also one with a skeletonized tourbillon escapement – a true technical challenge. The brown PVD main plate further underscores the layered construction of the caliber and adds depth, dimension and drama to the timepiece. The watch offers a double going barrel whose animation can be viewed while the watch is wound. 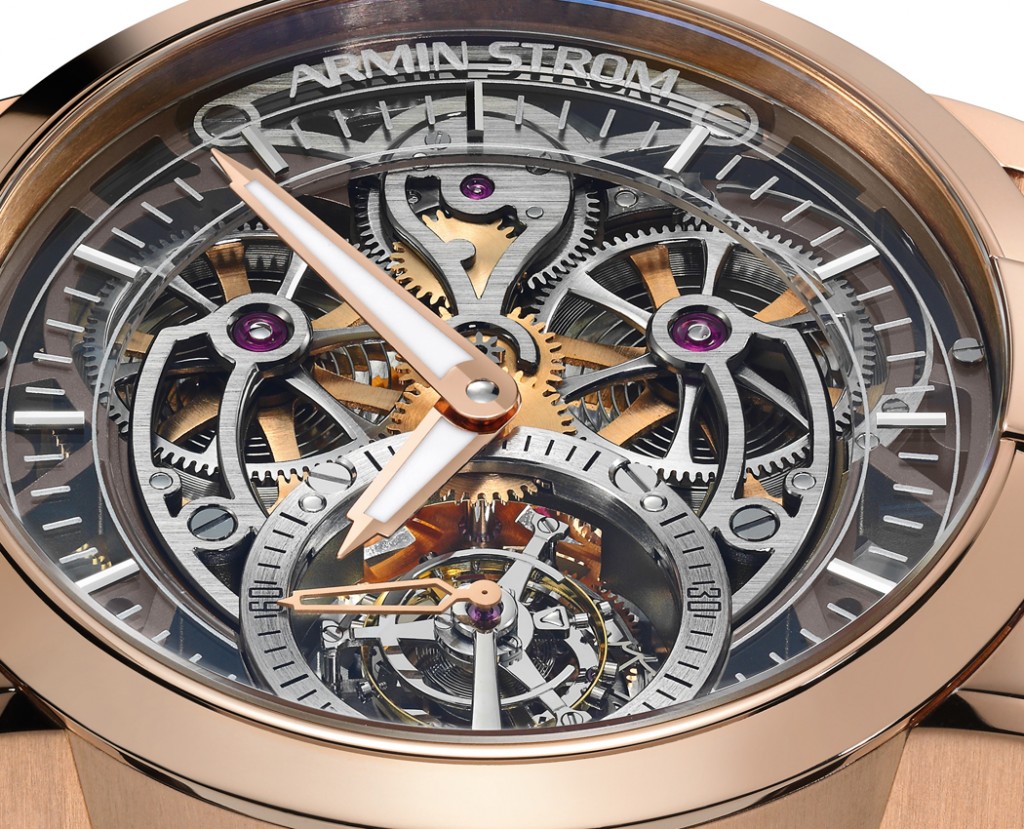 The movement of the watch features a skeletonized tourbillon

The bold and beautiful new RG15-TF.5N Tourbillon Skeleton Fire houses the in-house made Armin Strom Caliber ATC11-S with manual wind, double going barrel, 10 days of power reserve, small seconds and off-center time indication. The movement is distinguished by its fully skeletonized mainplate with dark brown PVD and skeletonize tourbillon escapement. The 184-part movement, with 24 jewels, is housed in an 18-karat rose gold 43.40 mm case with sapphire crystal and caseback with anti-reflective treatment. It is finished with a genuine brown alligator horn-back strap and is sold with an additional brown rubber strap. It retails for $127,100.

Says Strom, “I’m very proud that Serge, Claude and their team have realized one of my dreams – skeletonizing a tourbillon. … It is a joy to see the continued growth and success of the brand.” 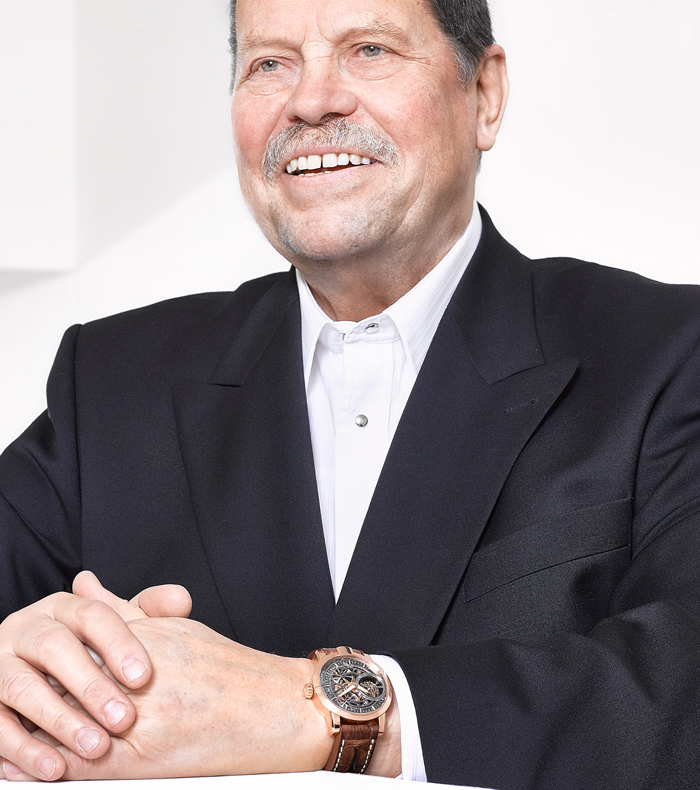