This weekend, Andy Murray won Wimbledon, beating Novak Djokovic and marking history as the first Brit man to win the Wimbledon championship since 1936 (when Fred Perry took the win). Last year at this tournament, he lost to Federer and his tears afterward saying “I’m getting closer,” won him the public’s heartfelt interest and support.

Murray, a brand ambassador for Rado, is a 25-year-old personable and likeable athlete. According to Rado, the brand signed him because they could see his potential and they felt their values were similar – cutting-edge style, commitment to excellence and pursuit of great form. 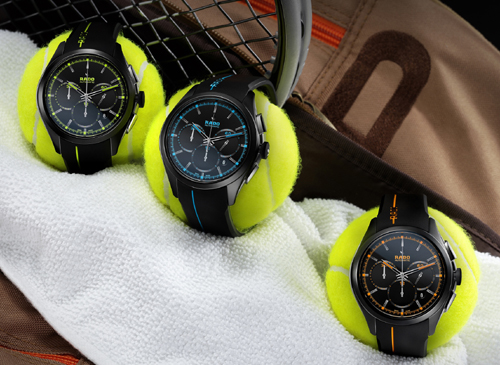 Rado HyperChrome Court series, inspired by the different types of courts on which tennis is played.

Following his win, Murray said “I have persevered,” said Murray this morning. “I have been working towards this a long time. When I was 19 or 20, I knew I wanted to be a grand slam champion, I thought about it daily. Now, it seems to have all come at once –it has been a quick 10 months.”

Murray, who has come up against the best players in the past year, including Federer, said of this win, “The matches have been intense, just brutal. This was very challenging, nothing comes easy, and you have to fight for the win.” 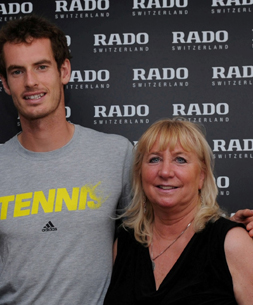 Murray also gave credit to the crowd for their support of him. “This was no ordinary Wimbledon crowd following typical etiquette.  They were loud and it definitely helped.”

In an exclusive interview with Murray, we asked how timing play a role in his life.  Says Murray, “I always like to keep track of time and it plays a huge part in my life. Whether I’m on a tennis court, at home or in the gym, keeping time is always an important factor to me. Timing on the court is also hugely important, as any good tennis player will tell you.”

Why Rado? “I always associated Rado with tennis because I remember them sponsoring tennis tournaments when I was younger,” says Murray. “Rado is passionate about tennis and it was certainly important to me that it was their main focus.” Murray is particularly fond of the brand’s new Hyperchrome Court watch line, which we covered here.

With yesterday’s big win, Murray brings his talent to the US Open the end of August, where the world’s eyes will be eagerly watching. Stay tuned.