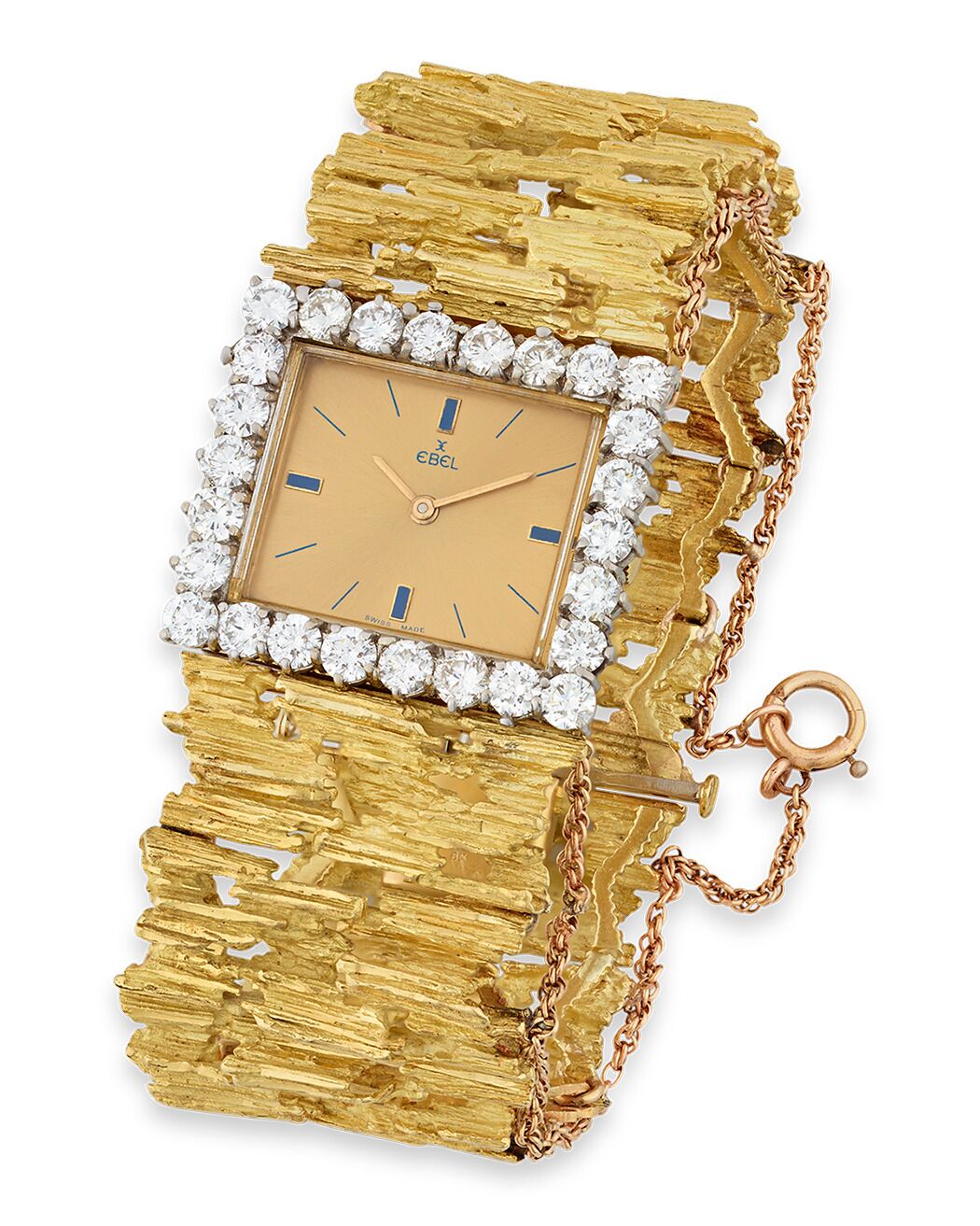 Ebel watch once owned by Elvis Presley and gifted to J.D. Sumner up for sale.

Once owed by Elvis Presley, this solid gold and diamond-accented Ebel watch is up for sale for a mere $498,000 by M.S. Rau. The watch, which Presley later gifted to his friend and backup singer J.D. Sumner (complete with inscription on the back)  will be on display in New York at the upcoming  New York City Jewelry & Watch Show at the Metropolitan Pavilion (125 W. 18 St. NYC) from Friday, October 25th through Monday, October 28th 2019.  In fact, more than 100 of the world’s most reputable jewelry and watch dealers will exhibit at the open-to-the-public show (tickets required).

Bill Rau, owner of MS Rau, is showcasing a host of items that range from antique and historic jewels to watches, including one owned by the Pope, and this Elvis Presley watch. The watch was made by Ebel and is crafted using 14-karat gold. The bracelet is sculptured and emulates raw gold in its finish.  On one side of the watch there is a gold safety chain attached. The square watch case is accented with 26 diamond brilliants. According to Rau, Elvis wore the watch but then later gave it to Sumner along with a matching custom-made gold ring. 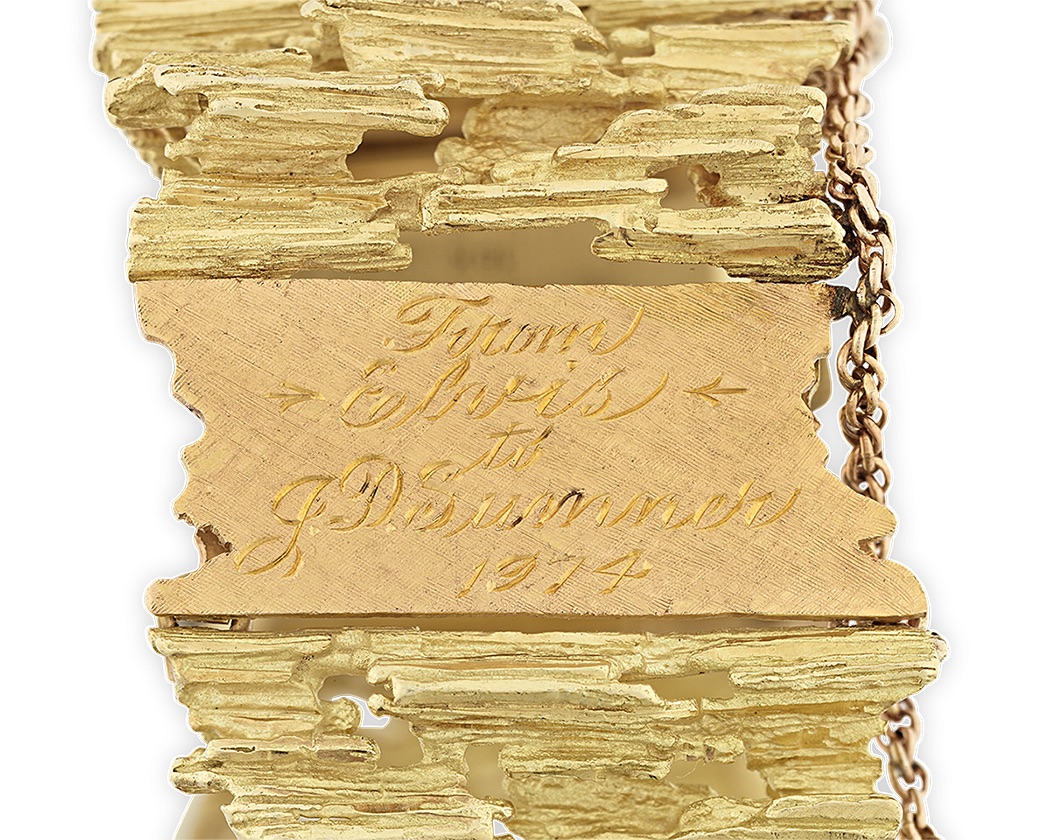 Sumner had been a sort of mentor to the young Elvis, who loved Gospel songs. Elvis later hired him as a backup singer in his quartet. The group toured with Presley for six years until his death in 1977. Following Elvis’s death, Sumner continued his career and was inducted into the Gospel Music Hall of Fame in 1984. Elvis was known for gifting items to his friends and this was an extravagant piece that Sumner most likely admired.  The gold bracelet features a personal engraving on the back: “From Elvis to J.D. Sumner, 1974.”

Following Elvis and Sumner, the watch went by descent to Shirley Sumner Enoch and is currently in a private collection, but up for sale.