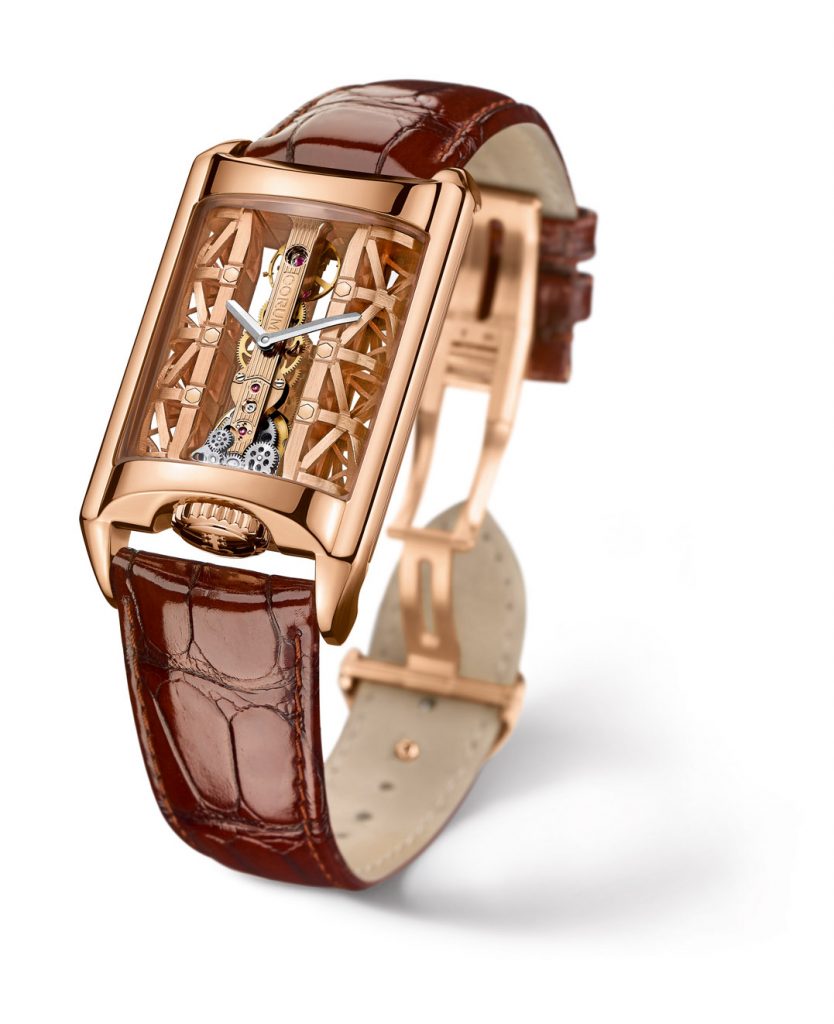 Those familiar with Corum know that this brand offers some of the most innovative watch designs on the market — and always has. From the renowned Coin watch and the Admiral’s Cup to the famed Bubble and the Golden Bridge, Corum regularly releases timepieces that bridge the gap of aesthetics and technical mastery. The news Corum Golden Bridge Stream watch is a perfect example.  The rectangular timepiece  is an architectural wonder thanks to the linear automatic movement and the bold art-deco design.

Since it was unveiled in 1980, the Golden Bridge watch has become an icon for the brand, and re-inventing it in new forms and designs is the natural evolution. Inspired by the architectural concept of streamlining that originated in the United States and was prevalent in the 1930’s though the 1960’s, Corum’s designers distinguish the new Golden Bridge Stream watch by adding dramatic curves to the rectangular case. 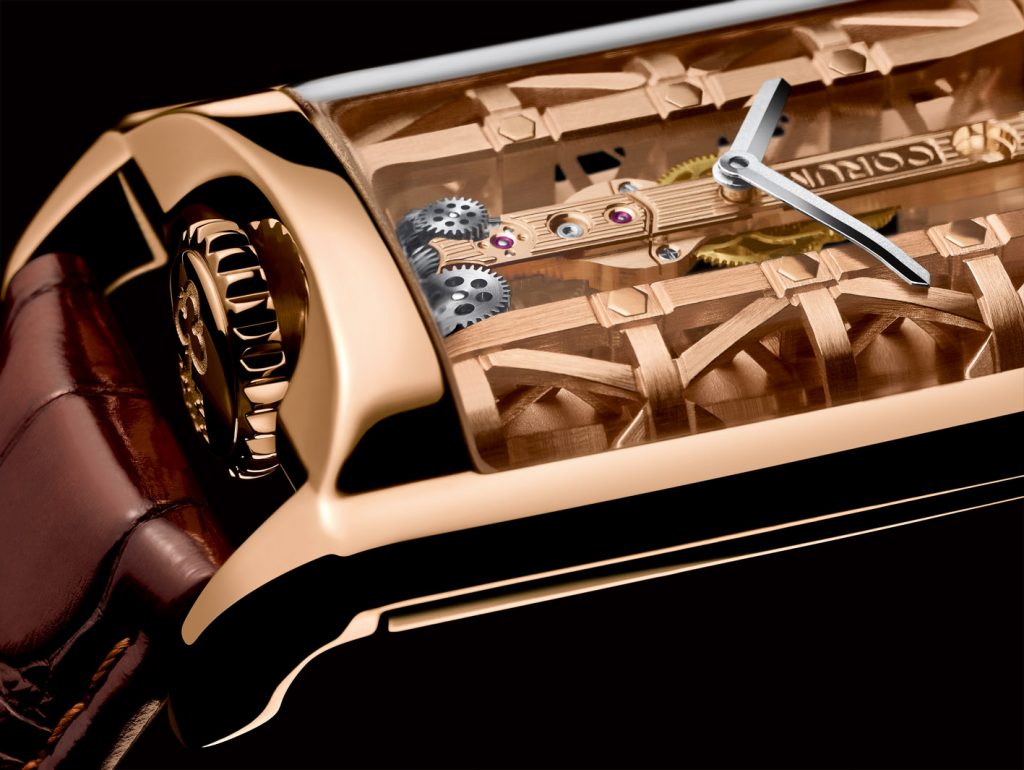 The Corum Golden Bridge Stream watch features 18-karat gold structures on either side of the linear movement.

Thanks to cutting-edge micro-mechanics, and state-of-the-art watchmaking abilities, Corum’s automatic baguette-shaped movement now sits within a structure inspired by San Francisco’s famous Golden Gate Bridge. The curved case and curved sapphire crystal enable spectacular viewing of the linear movement, placed vertically in the center of the watch, surrounded by the suspension arches reminiscent of the Golden Gate Bridge.

It should be noted that the Golden Bridge watch, originally conceived of by waste watchmaker Vincent Calabrese, had nothing to do with the Golden Gate Bridge. It essentially represented the first time that anyone had built a movement in a totally linear fashion. The concept caught the eye of then-owner of Corum, Jean-Rene Bannwart, who purchased the patent from Calabrese.

Today, under the direction of Davide Traxler, COO of Corum, the brand expands the Golden Bridge concept by filling the empty space on either side of the linear movement with artistic elements. In the case of the Golden Bridge Stream, those elements reflect the stunning architecture of the Golden Gate Bridge. The side structure within the watch, as well as the 42mm case, is made of 18-karat rose gold. The movement is wound by two parallel linear weights. The new watches are being built in two versions, one of which features a red lacquered structure to emulate the red tresses of the Golden Gate Bridge. Each version is being made in a limited edition of 88 pieces.  The gold version retails for $60,000. 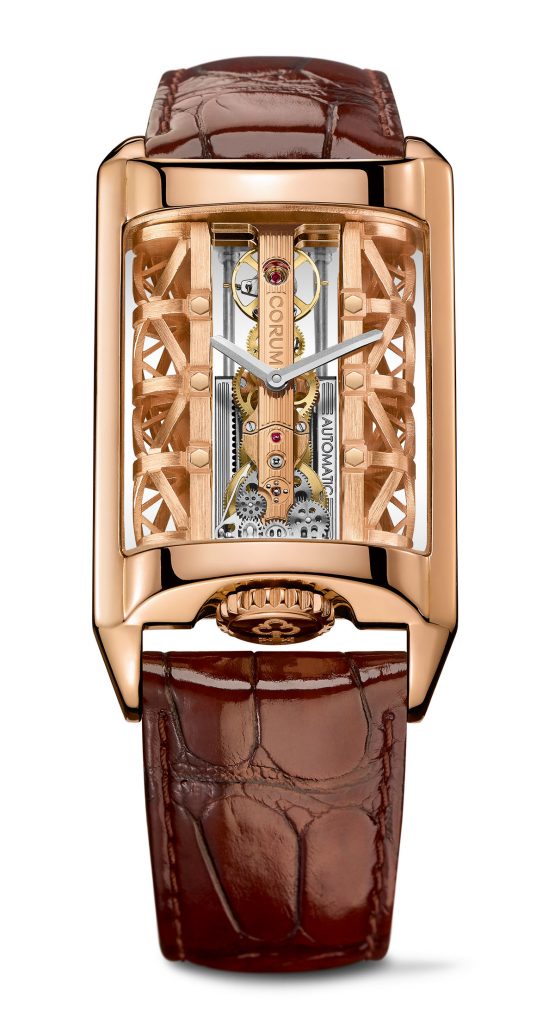 Just 88 pieces of the Corum Golden Bridge Stream watch will be made.

Because I have been covering watches since the early 1980’s, I am incredibly familiar with the Golden Bridge. I have met Jean-Rene Bannwart and Vincent Calabrese time and again, and I know the Golden Bridge is near and dear to them. So, a few years ago when Corum began introducing the Golden Bridge in updated formats, including round versions, I was skeptical. However, hands on with all today’s generations of  Golden Bridge watches reassures me that nothing has been lost from the original when it comes to technical prowess and top craftsmanship. The Golden Bridge Stream watch  is a particularly appealing one to me. The curved case bottom and top, and the curved sapphire make it seem a bit more manageable in size. In fact, it sits on the wrist (even a small wrist) beautifully and to me, clearly represents the golden era of American architecture in all its majesty.