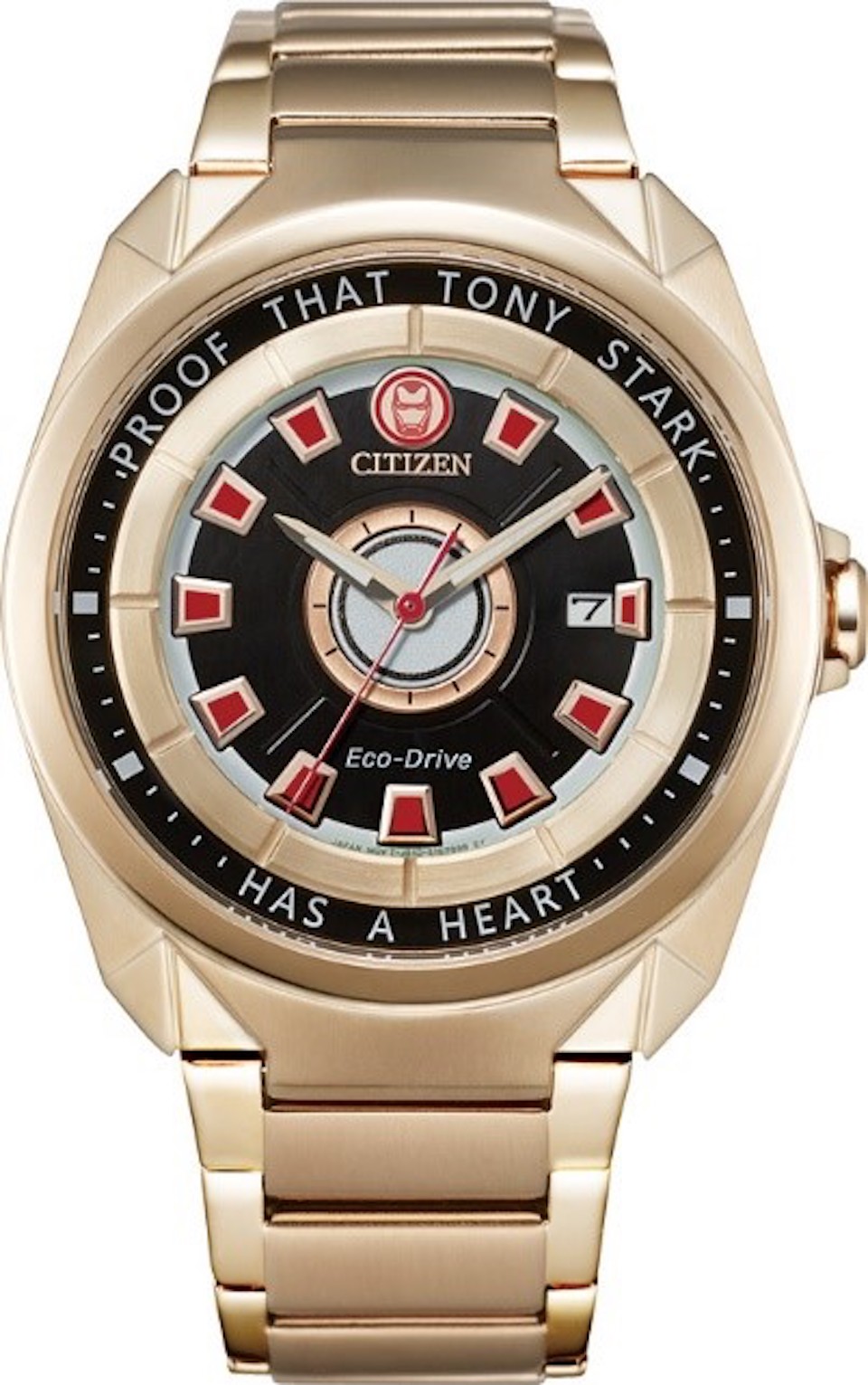 If you’re an Ironman lover – next week is your week. Beginning on Sunday, a host of special Marvel and Tony Stark events are taking place. While fans are still trying to fathom the death of  Tony Stark in “Avengers: Endgame” Citizen Watch company is creating the ultimate “hang on to him” keepsake: the Tony Stark “I Love You 3000” watch.

Part of the brand’s Marvel collection, two styles are being released beginning on August 9 — just in time for this year’s Stark Week on Marvel.com. Drawing inspiration from the iconic and legendary hero, the dial recalls the Mark I reactor – using luminous print details.  The Iron Man mask sits proudly at 12:00 and there is an inscription around the inner dial that reads: “Proof that Tony Stark Has a Heart.”  The hands are luminescent, as is the date at 3:00. The case back is etched with Tony Stark’s signature and Marvel Studios’ “Avengers: End Game” logo.

The two versions include a limited-edition model in rose gold-plated steel with bracelet and sold in limited-edition packaging for $495. Just 1,500 pieces will be made. There is also a black ion-plated case and bracelet version for $350. Each watch is powered by Citizen’s Eco-Drive technology, which operates via light instead of a battery. They are water resistant to 50 meters. 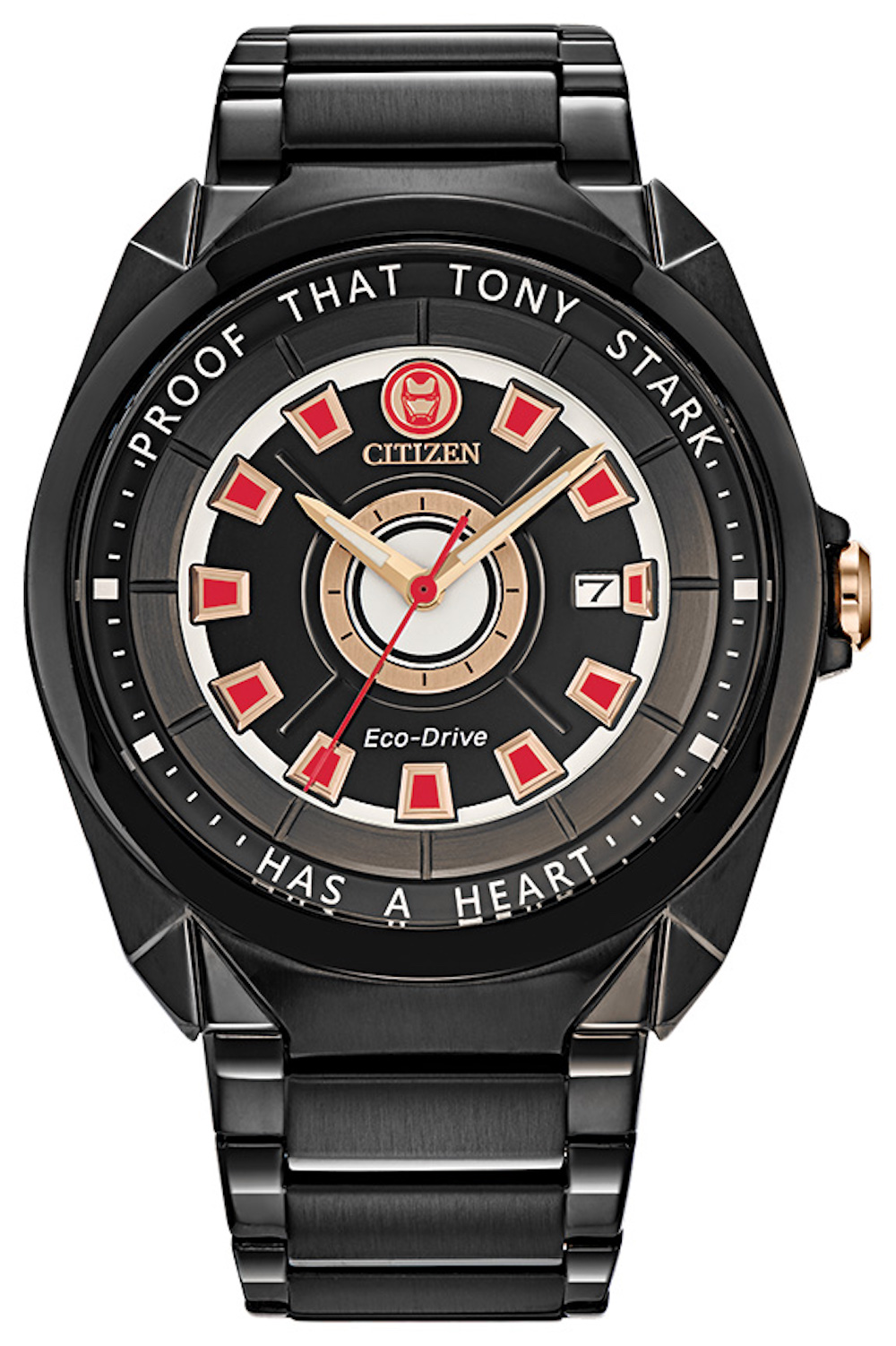 There are two versions of the Citizen Tony Stark “I Love You 3000” watch.

The Tony Stark “I Love You 3000”  watches will launch in conjunction with Marvel’s “Stark Week,” which consists of live videos, trivia, and tutorials, among other things.  On Tuesday August 11, Citizen will sponsor a live Marvel event: How to Draw: Iron Man with Marvel’s Creative Director, Brian Crosby (Hulkbuster Armor). Crosby will livestream on Marvel’s Facebook and other social media outlets a tutorial.