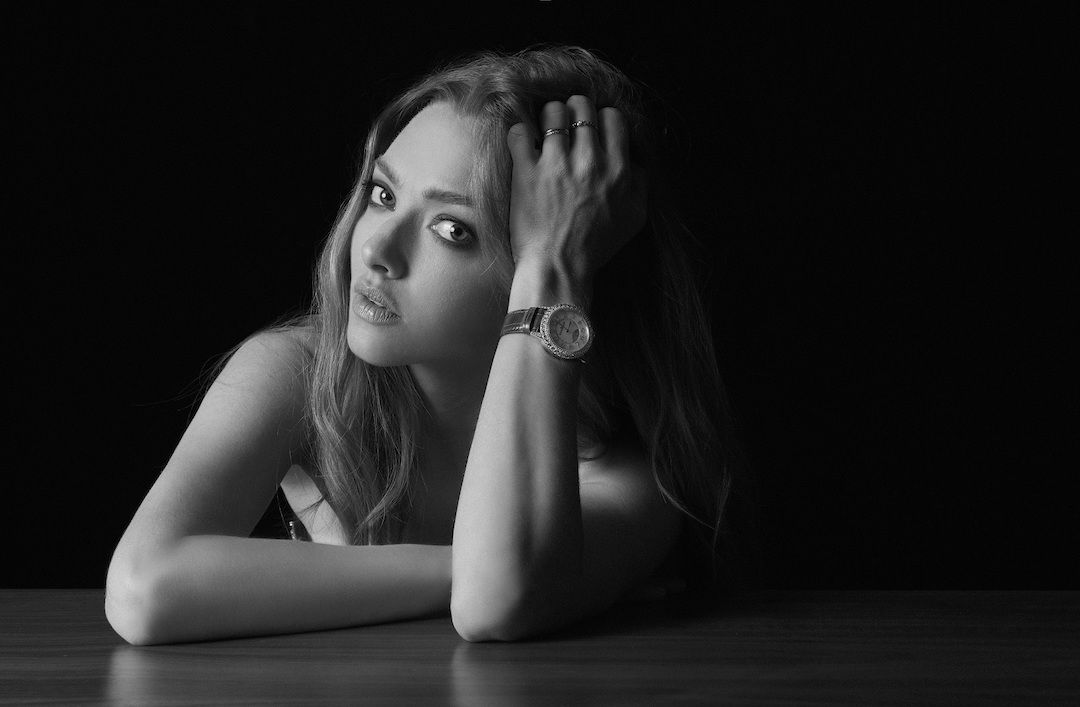 Jaeger-LeCoultre has had a long and strong relationship with the world of cinema and filmmaking, and this year the brand celebrates its 15th anniversary of its partnership with the Venice International Film Festival.  This year, the 76th annual festival begins next week on August 28th and runs until September 7, 2019. Joining Jaeger-LeCoultre — the main sponsor of the Bienale — are “friends of the brand”  actress and singer Amanda Seyfried and actor Nicholas Hoult.

Amanda Seyfried  has starred in Mamma Mia!, Mamma Mia 2!, Les Miserables and will be in the upcoming features You Should Have Left (with Kevin Bacon) and Fox’s The Art of Racing in the Rain.  Earlier this year, she also had the opportunity to witness some of the arts and crafts of precision in Jaeger-LeCoultre’s watchmaking world.

Seyfried admitted that she was taken by the gem-setting and haute joaillerie watches made by the brand. “I was impressed by the patience and inspiration it takes to build each beautiful timepiece,” says Seyfried. 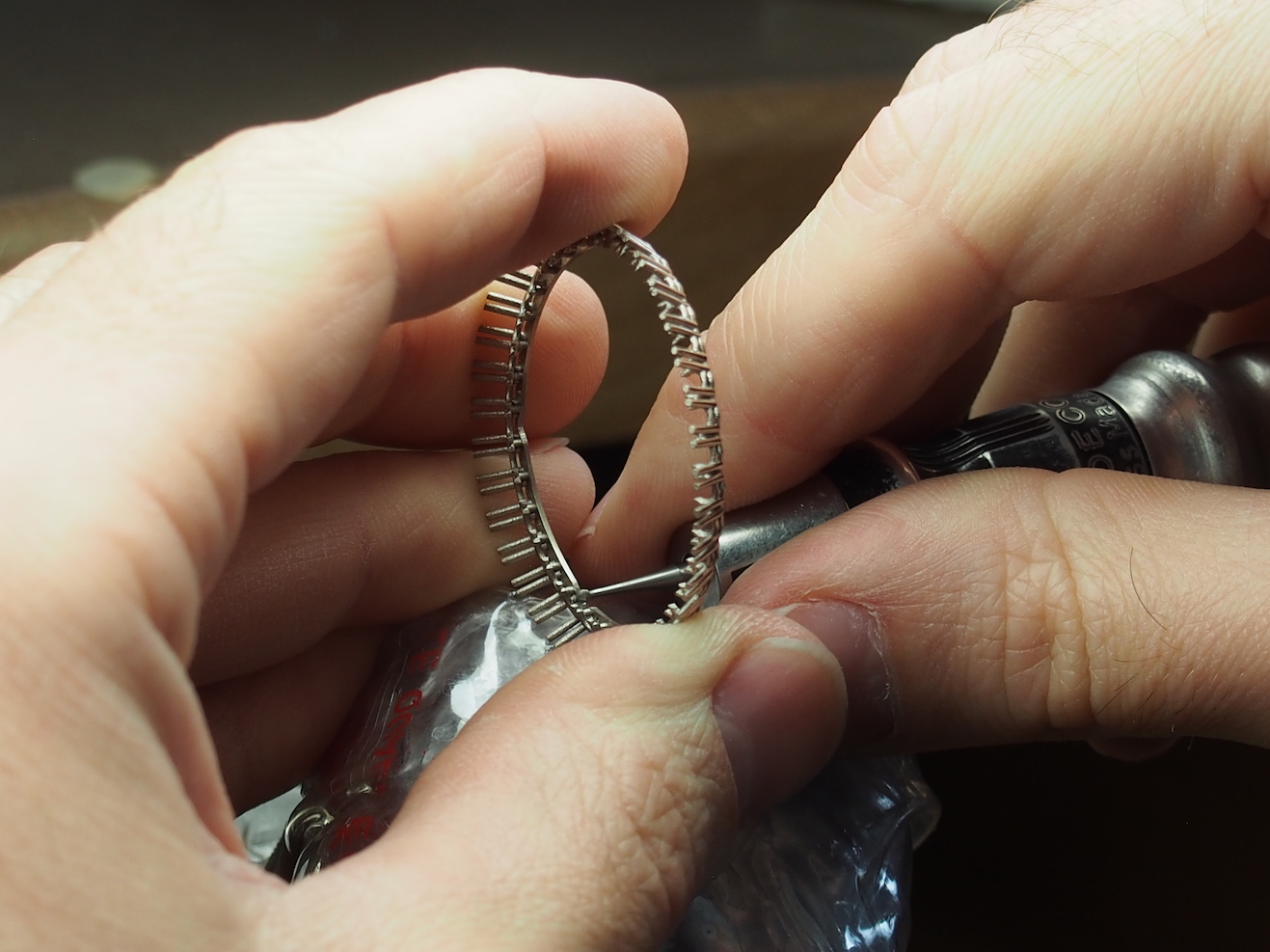 Diamond setting at the Jaeger-LeCoultre Manufacture in the Rare Handcrafts department. (Photo:R. Naas)

Having visited the Rare Handcrafts department at Jaeger-LeCoultre’s Le Sentier Manufacture, I can see why Seyfried would have been captivated by the gem setting. This is a truly tedious and time-consuming process, wherein the master craftsmen diligently work the gold to ready it for the stones and then one-by-one place the stones in the proper place on the dial, bezel, case or bracelet.

Setting a single watch, such as the  Rendez-Vous Night & Day Jewelry watch, can take hundreds of hours, with the artisan paying the utmost attention to detail. 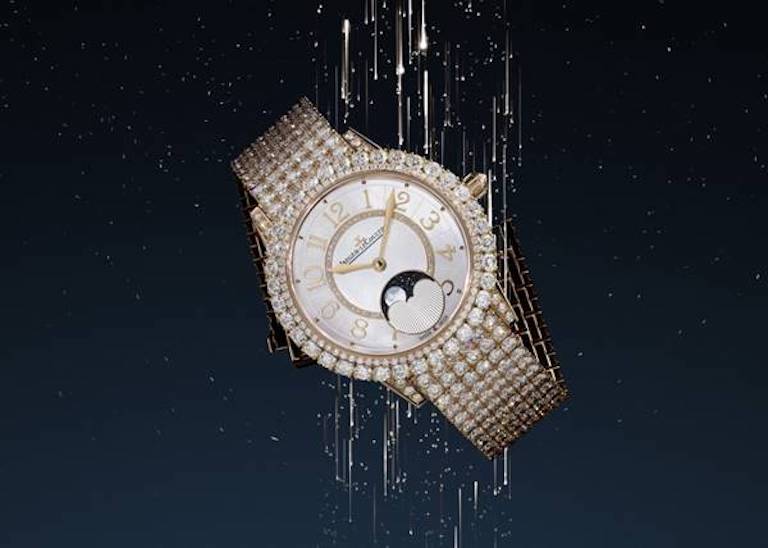 Dazzling Rendez-Vous Moon watch by Jaeger-LeCoultre is set with approximately 25 carats of diamonds. It is created to honor the brand’s relationship with the Venice Film Festival.

Just yesterday, in fact, Jaeger-LeCoultre unveiled the shimmering  Dazzling Rendez-Vous Moon — in honor of  La Biennale di Venezia. The word “dazzling” in the name is quite appropriate. The monphase watch is crafted in 18-karat gold and meticulously set with approximately 25 carats of diamonds, from case to bezel and bracelet. In brief:

The watch is powered by the self-winding mechanical Caliber 925/A1 with 38 hours of power reserve. 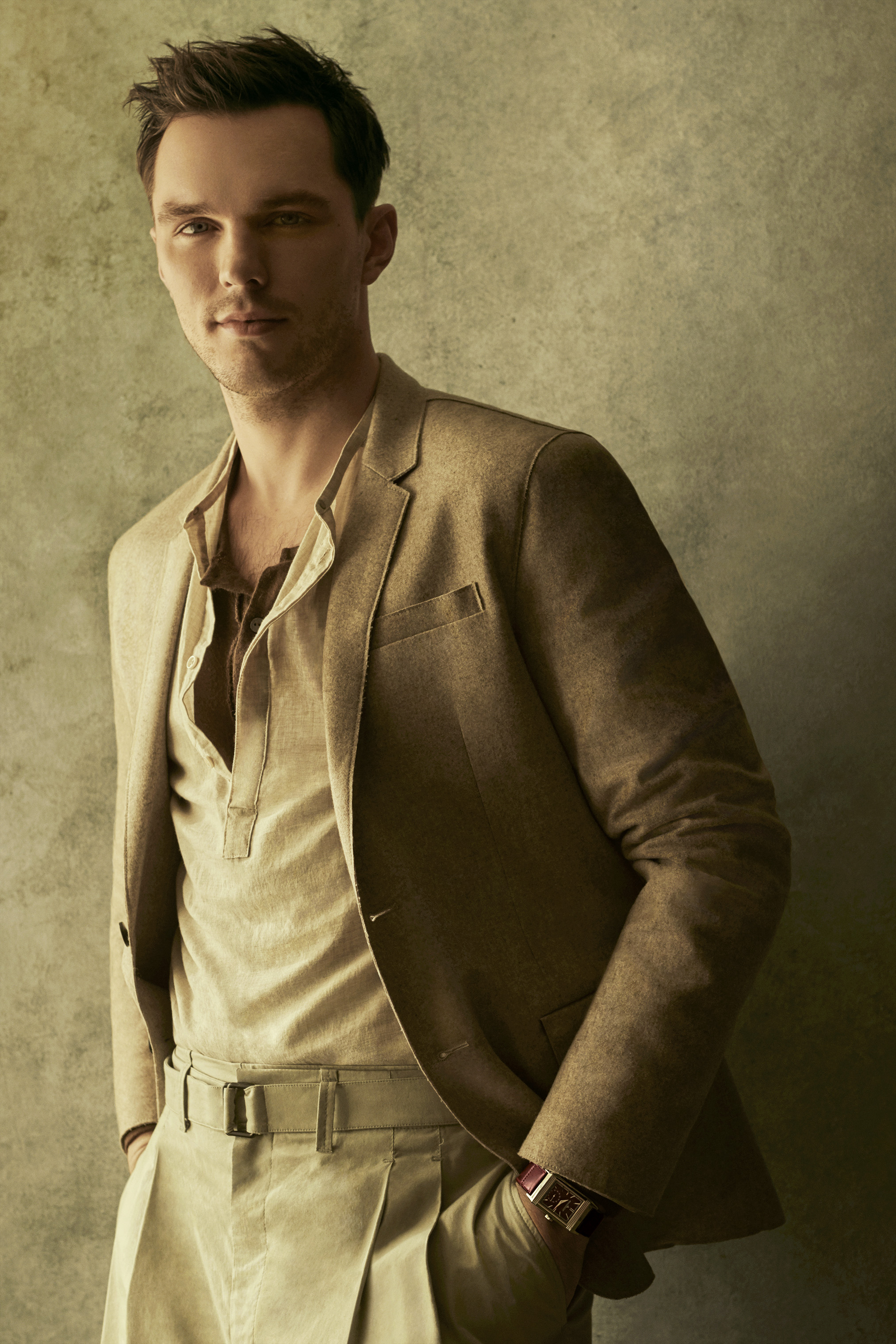 Much like Seyfried, Hollywood favorite  actor Nicholas Hoult– who has starred in the X-Men franchise, The Favorite and other films  — was also taken by the artistic side of Jaeger-LeCoultre. He was impressed with the brand’s incredible enamel work, also done on site in the Rare Handcrafts department. In fact, there, artists work side by side hand painting and hand enameling dials that are each unique and alluring.

According to Hoult, when he visited the workshops where 180 watchmakers work their magic, he was taken by the skill and diversity of the artisans. “The craftsmanship of the artists who worked at the manufacturer was incredible,” says Hoult. “To understand the complexity and skill it takes to design and create each piece was remarkable. Each watch is truly a work of love and art that lives and breathes.” 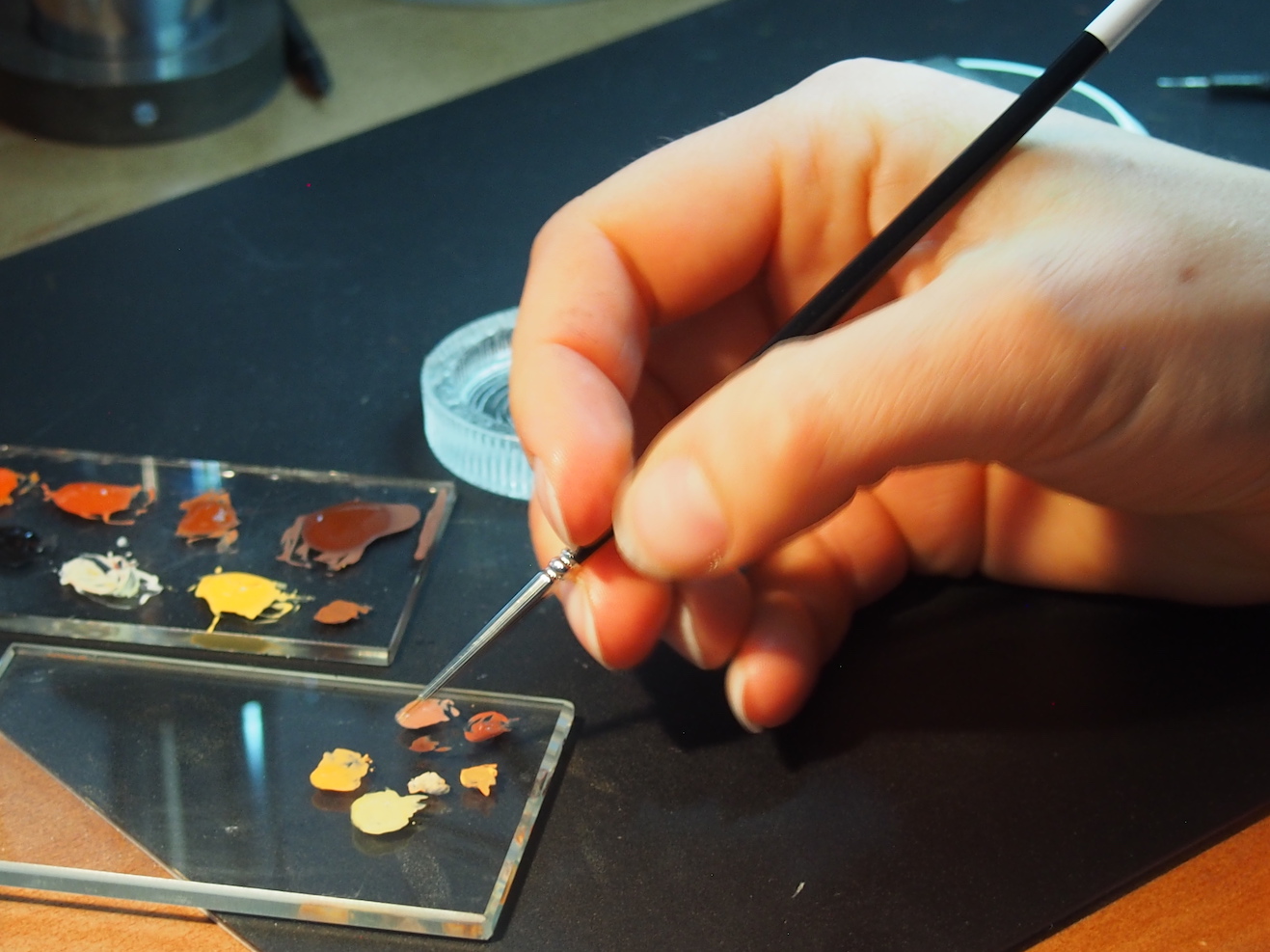 Also during the festivities this week, Jaeger-LeCoultre and the La Biennale di Venezia will honor Greek director Costa-Gavras (Z, Missing, Music Box). He will be awarded the Jaeger-LeCoultre Glory to the Filmmaker 2019 award for his ability to make particularly original contribution to innovation in contemporary cinema.