See What John Wayne, Jaeger-LeCoultre and Filmmaking Have in Common at “The Art of Behind The Scenes” Exhibit 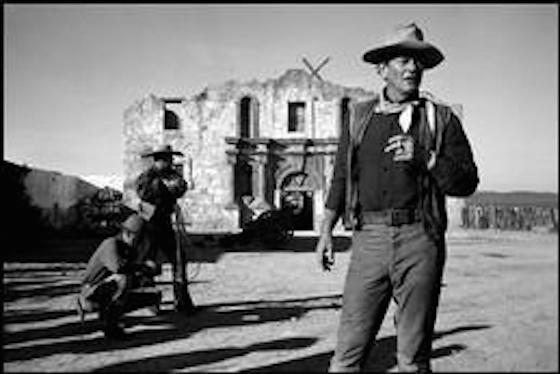 John Wayne on the set of “The Alamo”

In 1960, John Wayne, now a legend around the world for his quintessential American spirit, starred as Col. Davy Crockett in “The Alamo.” It was a film about the true story of a small group of soldiers who died trying to prevent the taking of the new Republic of Texas.

“Republic. I like the sound of the word. It means people can live free, talk free, go or come, buy or sell, be drunk or sober, however they choose. Some words give you a feeling. Republic is one of those words that makes me tight in the throat …” or so one of the 25 most famous quotes by John Wayne in a movie goes. That quote is actually from “The Alamo.” 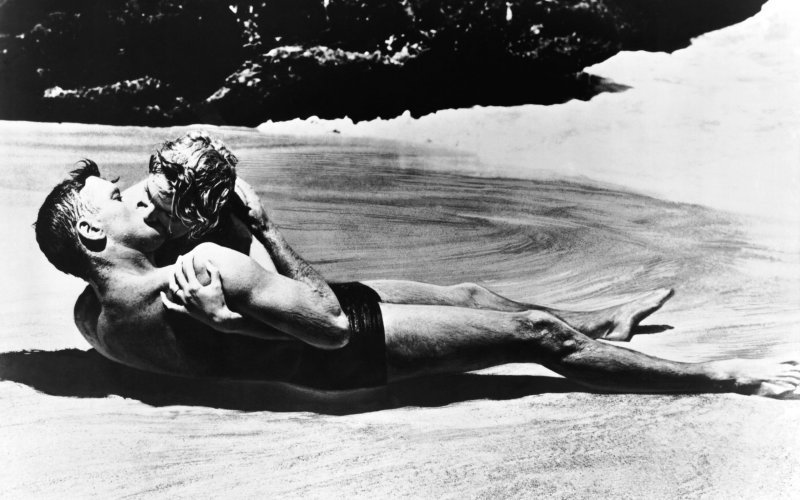 One of the sexy beach scenes from the movie, “From Here to Eternity”

I have been a John Wayne lover since I was little. I am also a film lover of some of the greatest movies ever made, including the 1953 hit (no I’m not that old, but I like the classics) “From Here to Eternity” with Burt Lancaster, Frank Sinatra and Deborah Kerr.

So, the other night when I came face to face with on-set images of John Wayne at “The Alamo,” or of the famous beach scene in “From Here to Eternity,” I couldn’t help but stare – for a long time. These are classic films and they stand for something in history: a golden era of filmmaking and culture.

Actors Peter O’Toole and Audrey Hepburn in a scene from the 1966 crime caper ‘How to Steal a Million’ (iconic images, Terry O’Neill)

On display for the 54th New York Film Festival, the photos span decades of cinematic glory. The exhibition is designed to celebrate the artistry of filmmaking and the deep involvement of Jaeger-LeCoultre with cameras and filmmaking – which interestingly enough pre-dates “The Alamo” and continues to current day. 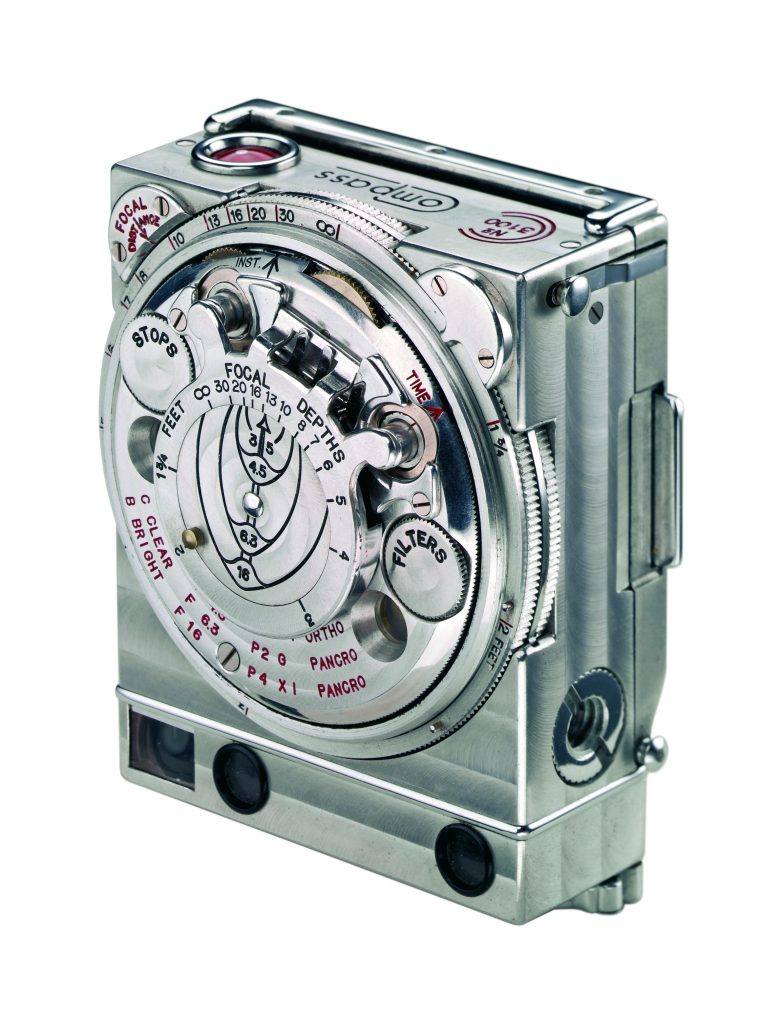 In 1937/38, LeCoultre & Cie manufactured a tiny full-feature camera small enough to fit inside a cigarette pack. Called the Compass, the camera was based on a mechanically demanding design by Englishman Noel Pemberton-Billing and was so miniscule and complex, with more than 230 parts, that only a watchmaker could build it. LeCoultre & Cie (today Jaeger-LeCoultre) conquered the challenge. The tiny camera featured an exposure meter, range finder, EV indicator, angle viewfinder, telescopic lens shade, built-in filters, and a device for panoramic and stereoscopic views. The 1938 advertisement for the Compass declared it the embodiment of scientific systems: “Built like a watch – as simple to use.” 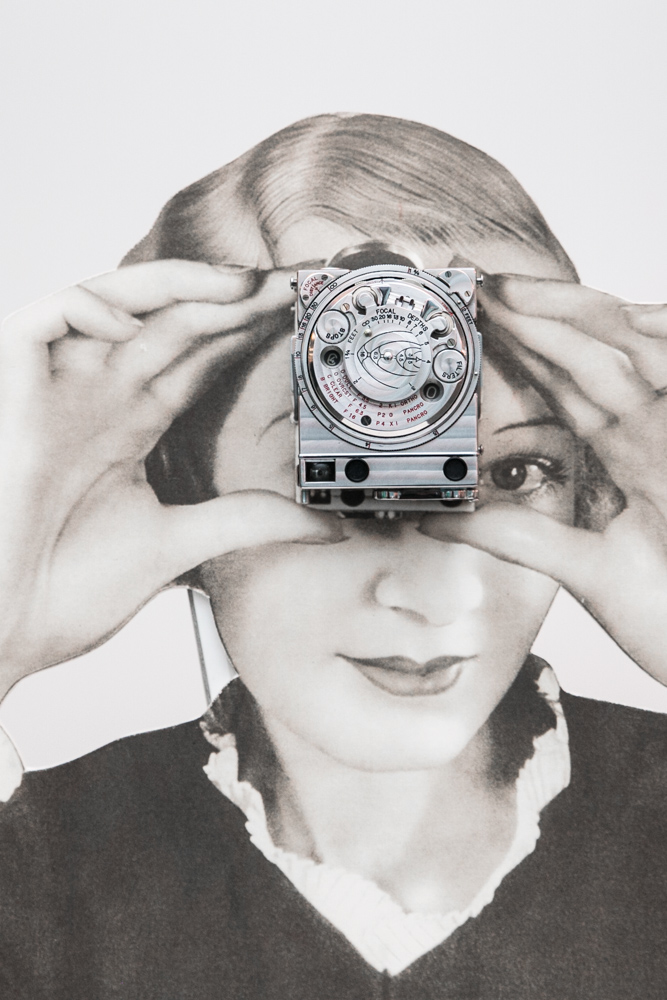 An early ad for the Compass, on display at The Art of Behind the Scenes, New York exhibit

Just 4,000 were ever made and one of those 4,000 Compass cameras is also on display in the exhibit, as are a series of classic photos captured through its lens in different parts of the world, showcasing locations that have since become backdrops to the iconic movies being exhibited.

The exhibit, which also showcased iconic Reverso watches created for the 85h anniversary of the line, celebrates Jaeger-LeCoultre’s partnership of the Film Society of Lincoln Center (since 2013), and the brand’s active support of the film community via its annual Filmmaker in Residence program, among other events. In fact, for more than a decade, the brand has been associated with film festivals around the world, including Venice, Los Angeles and Shanghai.

Jaeger-LeCoultre celebrates the 85th anniversary of the Reverso at The Art of Behind the Scenes event.

This exhibition also pays tribute to the creative ingenuity of filmmakers, actors, actresses and the reality they brought to life. John Wayne was a self-proclaimed veteran of portraying sincerity. In a 1967 interview with Time Magazine, he said, “In my acting, I have to identify with something in the character. The big tough boy on the side of right — that’s me. … All I do is sell sincerity and I’ve been selling the hell out of that ever since I started.”

He would most likely appreciate the fact that the brand, the Film Society and the Film Festival continue to promote the sincere emotions captured on set for all the world to see. “The Art of Behind The Scenes” is on display for the duration of the 54th New York Film Festival, but only until October 16 when the Festival ends. 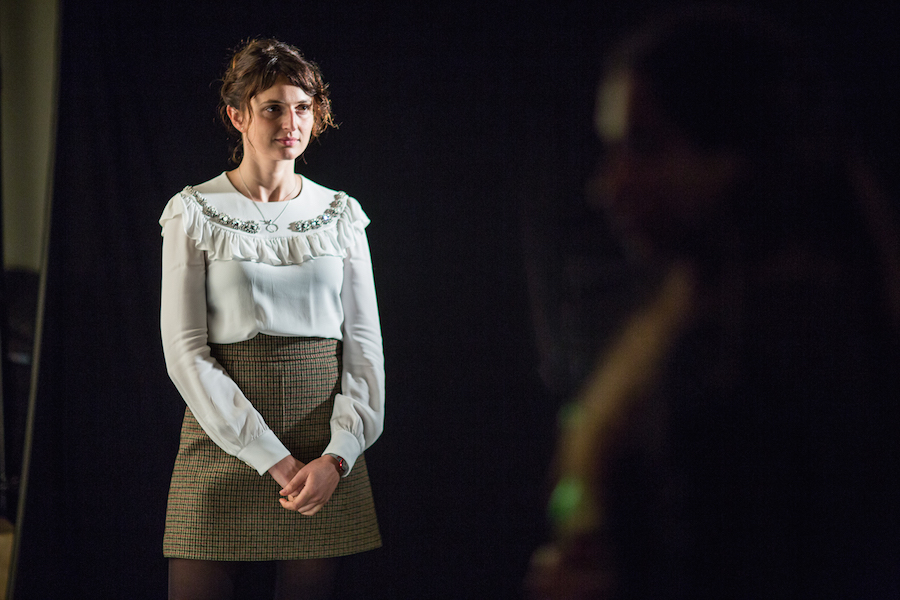