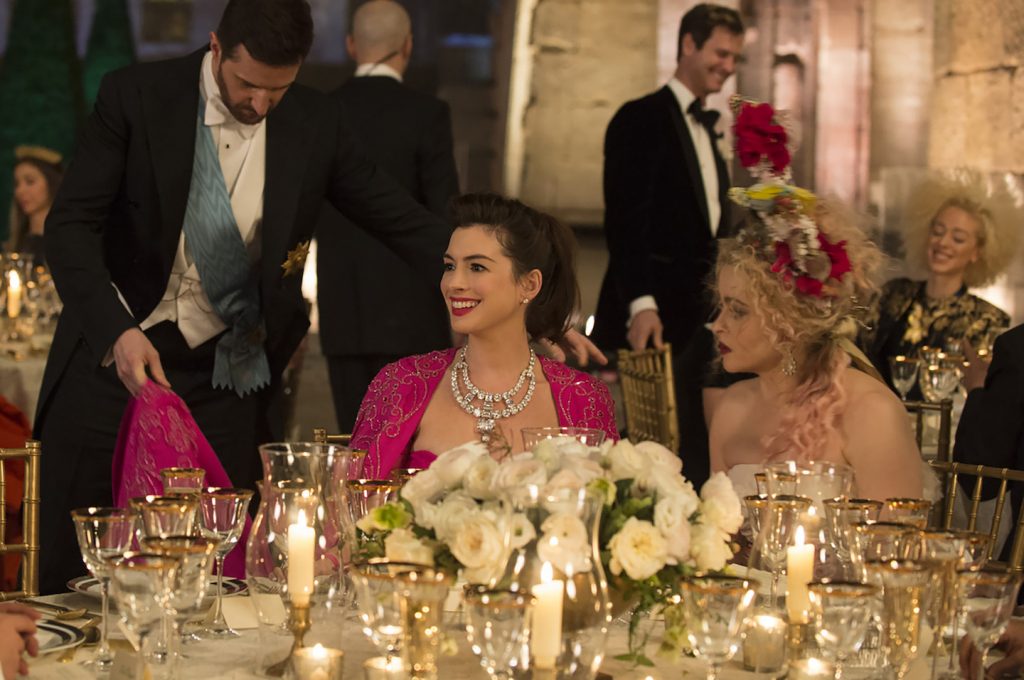 “Last week at a gala event at the Cartier mansion in New York, the luxury brand announced its role as  exclusive jewelry partner for Ocean’s 8. The Warner Bros. Pictures presents, in association with Village Roadshow Pictures, a Rahway Road production, “Ocean’s 8,” stars Rihanna, Sandra Bullock, Cate Blanchett, Anne Hathaway, and others, and is the newest edition to the “Oceans” franchise. Directed by Gary Ross, the movie witnesses Danny Ocean’s sister Debbie as she assembles a female crew to pull off an incredible heist at the famed Met Gala. Naturally, the jewels worn in the movie need to be dazzling. As such, Cartier came to the rescue, recreating a spectacular historic high-jewelry piece for the movie.

Not only did Cartier turn to its archives for the perfect piece to recreate for the movie, but also it turned to its High Jewelry workshops in Rue de la Paix in Paris for the creation. The brand’s master jewelers were tasked with the demanding job of creating the necklace in eight weeks and precisely proportioning it for Anne Hathaway’s neck and gown.

The original Cartier necklace made in 1931 no longer exists, but Cartier turned to its archives for the drawing. Cartier Archives Londres @ Cartier

The  necklace — a breath-taking cascade of diamonds and colored diamonds in its original format   — was first designed by Jacques Cartier in 1931 for the Maharaja of Nawanagar. At that point in time, Cartier’s Creative Director, Jeanne Toussaint, was instrumental in creating the brand’s bold identity and spirit. The necklace no longer exists, but its drawings are preserved in the Cartier archives. The brand turned to those sketches for the re-created Ocean’s 8 necklace. It is made as a tribute to Jeanne Toussaint and features 11 individual moveable bezels to help adapt it to Hathaway’s proportions. For the movie, the necklace is made  zirconium oxide (a natural material)   mounted in white gold to emulate the large-sized diamonds that graced the original necklace. The piece will not be sold and is considered priceless as it was made specifically for Ocean’s 8 in true Cartier style.

As the exclusive jeweler for the movie, with key scenes filmed at the Metropolitan Museum, Cartier dressed the stars with pieces from its Cartier Collection, as well as current new jewelry, high jewelry, watches, and accessories. Even the landmark Fifth Avenue Cartier mansion is featured in the movie. 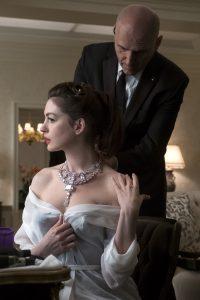 To celebrate the movie and its role, Cartier has opened an immersive Ocean’s 8 exhibition at its New York mansion to showcase the high jewelry seen in the movie. The Jeanne Toussant necklace will, of course, be the highlight of the exhibit, which will be open until June 8. Additonally, the Panther Hall of the mansion is transformed to showcase historic pieces from the brand’s personal works that were featured throughout the film. Additionally, for a limited time, the Valentino dress worn by Hathaway (in her role as Daphne Kluger) in the movie will be on display.”
This article first appeared by Roberta Naas on Forbes.com. 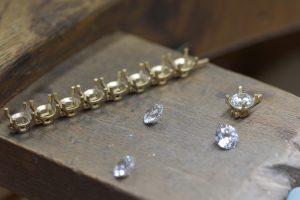