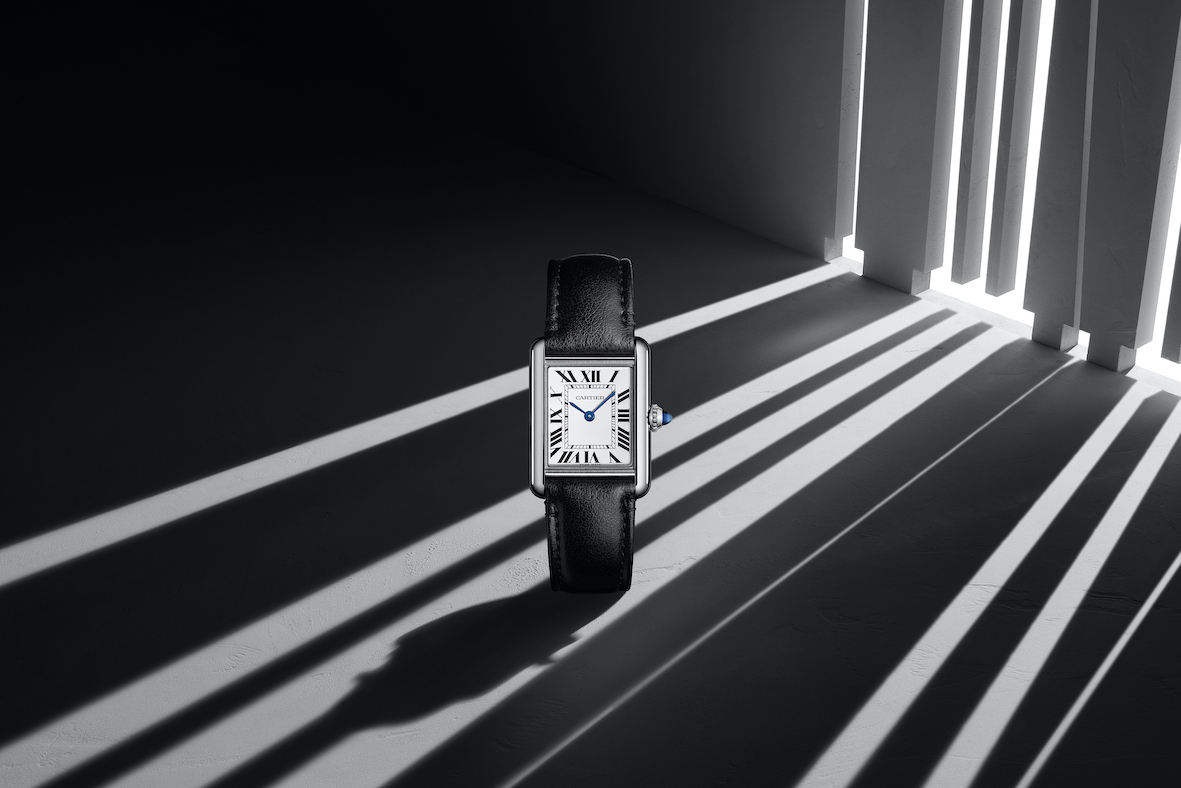 One of the more unusual watch introductions released this year at the recent Watches & Wonders Geneva 2021 digital show came in a bit under the radar. It was a quiet, but unexpected, release from the legendary brand Cartier. What made this watch so unusual? The fact that is powered by a SolarBeat photovoltaic movement. While we expect solar powered watches from the progressive  Japanese brands like Citizen or Seiko, seeing one in the high-end luxury segment is a bit surprising. Not only that, but also, the watch, the Tank Must, is fitted with a sustainable strap. Cyrille Vigneron, Chief Executive Officer of Cartier International, says this SolarBeat Tank Must was a necessity. He also expounded on other pressing issues the brand, and the industry as  a whole, is facing.

“Some of the long-term trends that were becoming more visible in the past years are really gaining momentum,” says Vigneron. “This includes sustainability, recyclability, and transparency in the supply chain. All of these areas need to be explored. And quickly. Typically, watchmaking is evolving very slowly, but the customers’ attitudes and behaviors are changing rather fast.” 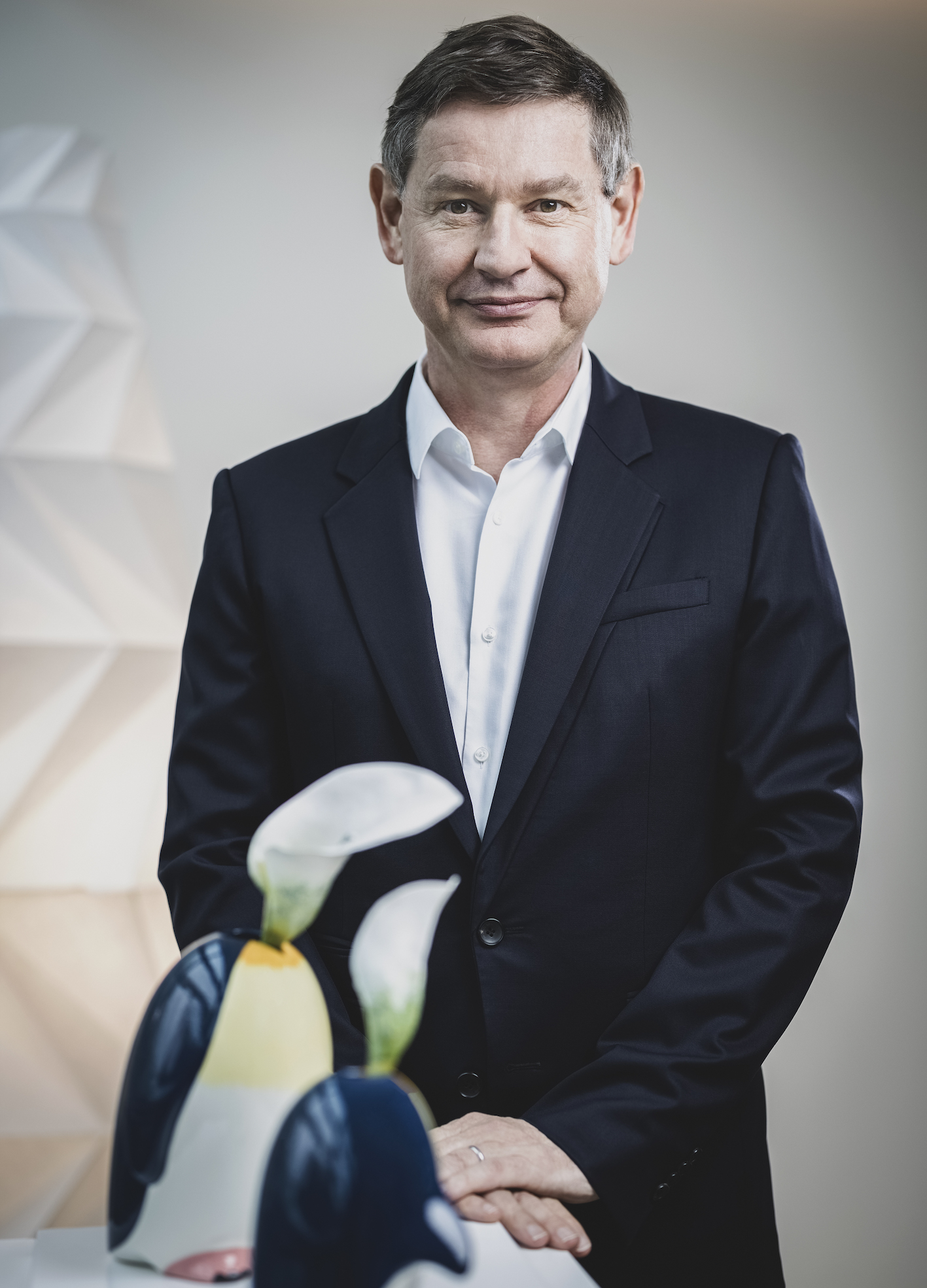 Cartier Spends Years on R&F of Tank Must SolarBeat Watches

In fact, Cartier spent three years exploring the concept of solar-powered watches and bringing its new SolarBeat™ movement with photovoltaic dial to reality. The technical feat involves using photovoltaic cells beneath the dial, which receive the solar energy via invisible perforations  intricately made on the Roman numerals of the classic Tank Must dial. Cartier’s research and development team spend two years alone on creating this alternate solar energy source and find the way to let the light inside. The movement has an average life span of 16 years.

According to Vigneron, the watch dial naturally had to look beautiful, so finding a way to discreetly let the light in to power the cells was challenging. Packaging the movement into the Tank Must demonstrates the brand’s progressive nature, after all the Tank has been an icon for the brand ever since it launched in 1917. As such, the Tank Must SolarBeat watch is a deft blend of innovation and tradition.

There are four Tank Must SolarBeat versions being offered this year, and each is finished with a non-leather strap that has been created using natural product. In fact, approximately 40 percent is plant matter using waste from apples grown in the food industry in Switzerland, Germany and Italy.  The straps also boast Cartier’s QuickSwitch patented system developed in 2018 that allows for easy interchangeability. 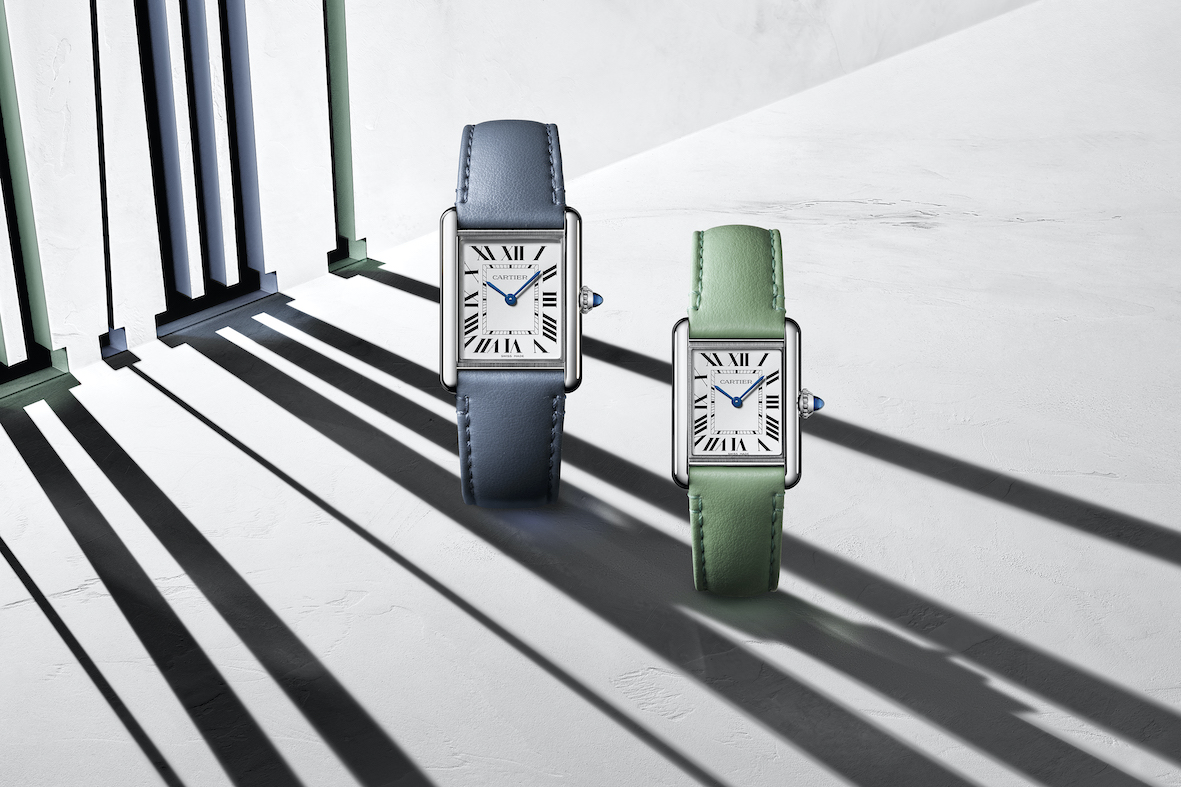 There are four versions of the new Cartier Tank Must SolarBeat with solar energy.

“Customers today have concerns about animal protection, the environment and biodiversity and people are becoming more and more reluctant to buy certain exotic skins and other animal products, so we are exploring options because the trend,  the wave, will become mainstream very rapidly,” says Vigneron.

He also says the brand has been working on its carbon footprint reduction for years and has received carbon neutral certification for the past four or five years for its Manufacture, as well as its offices.

“This year we have also gone a step further and  joined the initiative for carbon reduction with the Paris Climate Agreement, which wants to reduce lower the global warming,” says Vigneron. So, this means that we have to make carbon reduction not only in our scope, but also in the entire supply chain. We will work with all of our suppliers to have a reduction to at least 75 percent in the coming year, and more in the long term.”

Additionally, Cartier – a master jewelry house – is exploring answers when it comes to sourcing diamonds from an environmental perspective. “The question of whether a lab-grown diamond is an acceptable option or not is important,” says Vigneron. “You have two sides that have conflicting attitudes. On one side, you have high value, rarity and naturality. The fact that diamonds are grown in the Earth over millions of yeas carries a very strong value and symbol. On the other side, lab-grown diamonds are made in a factory using clean energy and are environmentally friendly, but they lose the rarity and symbolic value. We will see that the outcome will be, but I suspect we will see globally more lab-grown diamonds being selected. For Cartier, we are design driven and so we can link to the sense of design more than the stone when it comes to desirability and aspirations.” 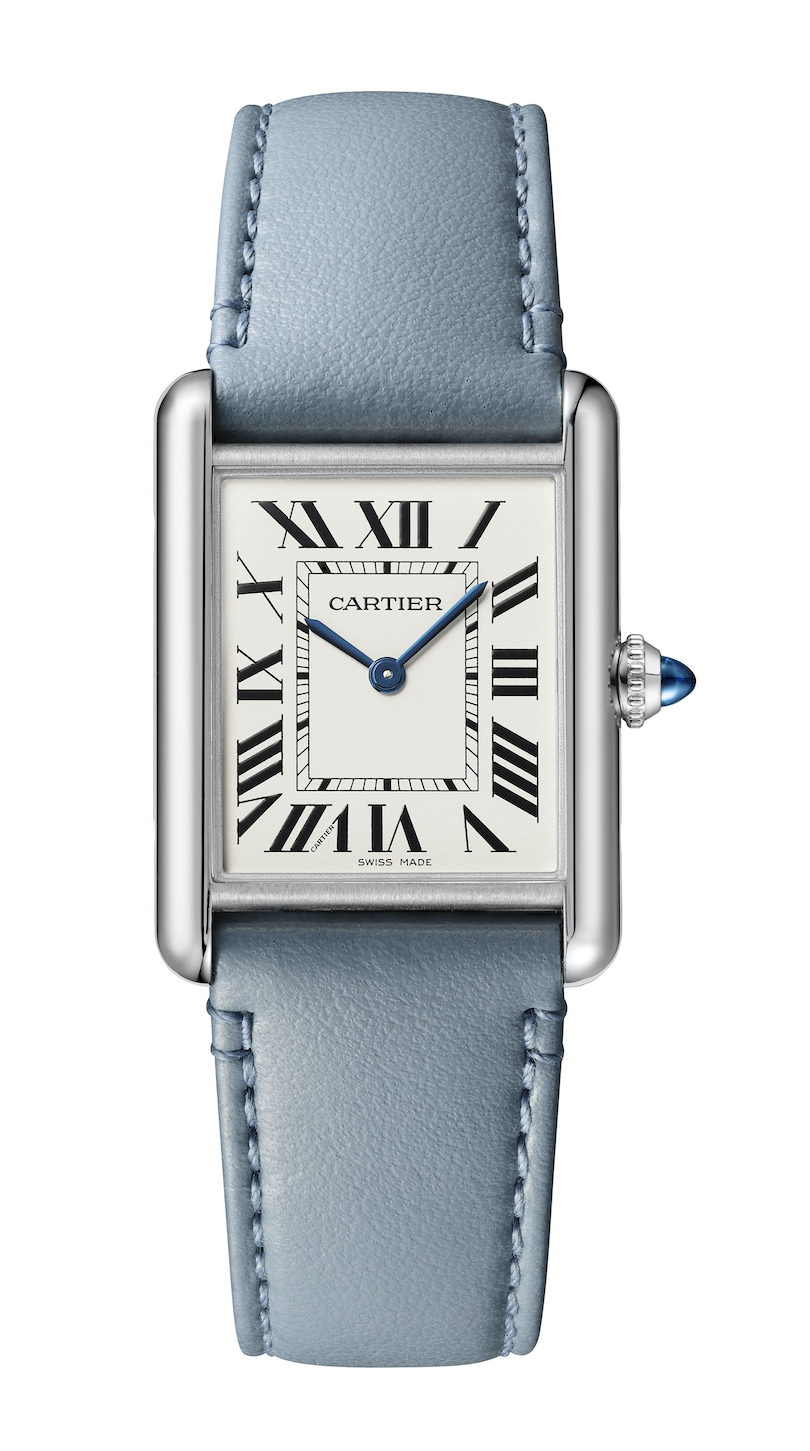 In fact, Cartier has been promoting its sense of design and clean lines for the past few years, as it has taken iconic collections and made them fresh and modern with attention to details. In March of this year, the brand embarked on a “culture of design” campaign, underscoring its attention to sophisticated lines and geometric flair.

“The refocus on the beautiful shapes that are part of our patrimony is something that we started five years ago when we began updating our most beautiful iconic designs,” says Vigneron. “The watch industry, including ourselves,  is addicted to novelties and we think that we have to constantly bring something new.  We wondered  how many of those novelties people remember from years ago. Maybe one or two, so why make so many new models each year. We started looking at   what we have done overall, at  our entire patrimony. For us , what matters more than novelty is taking these beautiful shapes and bringing them new life  with modern proportions, lines and details that make them relevant today.”

Each year, Cartier focuses on re-introducing a cleaner, more distinctive icon. This year, it came in the form of the many different new Tank versions, including the SolarBeat. The idea seems to resonate with Cartier customers, who are snapping up the newer renditions. “We have found that Cartier is known for our beautiful shapes, and fine proportions,” says Vigneron. “We don’t have to constantly offer something totally different. We will continue on this design journey.”

Ulysse Nardin, Oris, Norqain Support Our Environment And Resources
May 14, 2021

A Closer Look At The New Cartier Tank Francaise Watches
May 14, 2021