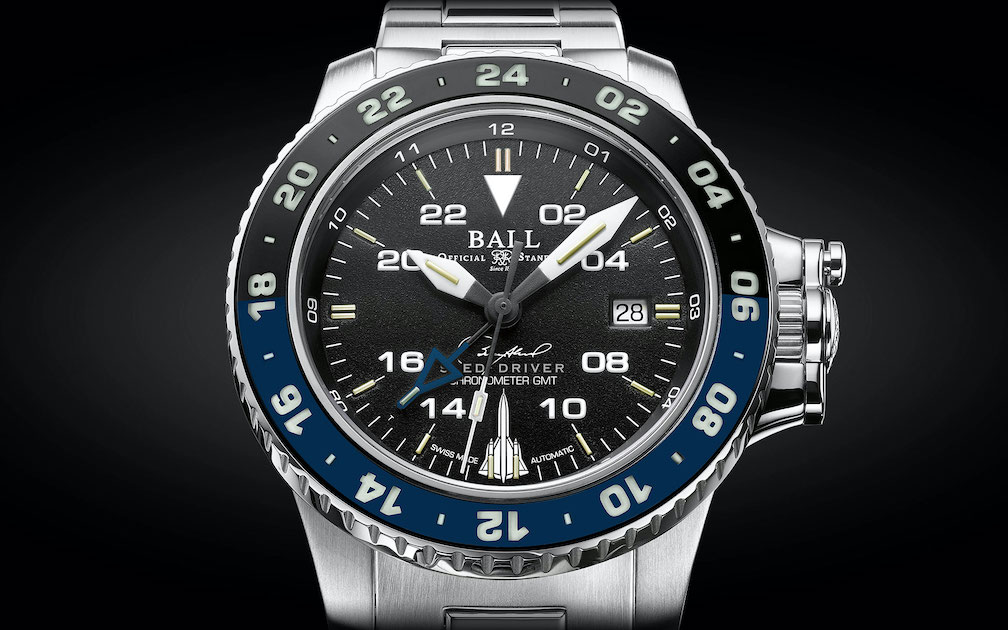 If you are at all into motivational and inspirational speakers, you may have heard of Brian Shul. The man is a legendary pilot who was a Major in the US Air Force, during which time he sustained not just a near-fatal crash, but endured horrific burns that experts said he would never recover from and would never fly again. He went on to defy them all and eventually flew the fastest and highest-flying stealth aircraft in the world: SR-71 Blackbird. (If you aren’t familiar with Shul, I encourage you to watch one of his inspirational videos. You will not be disappointed.) Now, Ball unveils the Engineer Hydrocarbon AeroGMT Sled Driver watch in honor of Shul’s “never give up” motto, his bravery and perseverance.

Shul joins Ball’s Explorers Club and the watch in his honor is a chronometer that displays the time in three zones. The incredible multi-colored lume on this watch allows for easy reading of the 24-hour GMT even in absolute darkness. This watch, which offers ultimate visibility, is equipped with powerful micro gas lights on the dial and on the curved rotating bezel with color-coordinated hands so charting time in any of the three geographic zones is simple.

The Sled Driver watch derives its name from the supersonic spy plane, the  SR-71 Blackbird, which first took flight in 1964 and was dubbed “the Sled.” This plane required pilots to train for months before flying. Then, they would gear up wearing space suits because the Sled exceeded 2,000 miles per hour at altitudes of 85,000 feet, enabling reconnaissance missions around the world. Only the finest pilots in the world could fly the Blackbird.

Shul, an attack pilot with the Air Force, had always hoped to be one of those pilots but after his plane was shot down during a secret ops flight toward the end of the Vietnam War, where he was left for dead before his own came in and rescued him, he was told he would never fly again. To hear him tell the story is so uplifting. It is a story of courage and fortitude.

When shot down, he survived the crash landing but his cockpit was a fiery inferno. He managed to free himself as his helmet visor began to melt and crawled from the flames. Finally, he was rescued by a special Operations Pararescue team, although he was not expected to survive. In the coming year, he endured excruciating pain for months upon months in the burn units of different hospitals and underwent 15 different surgeries after this near-death experience. Still, he never gave up. He actually shocked the military world by his comeback and, after passing test after physical test, he became one of the elite few to pilot the SR-71 Blackbird, exceeding Mach 3 forces. 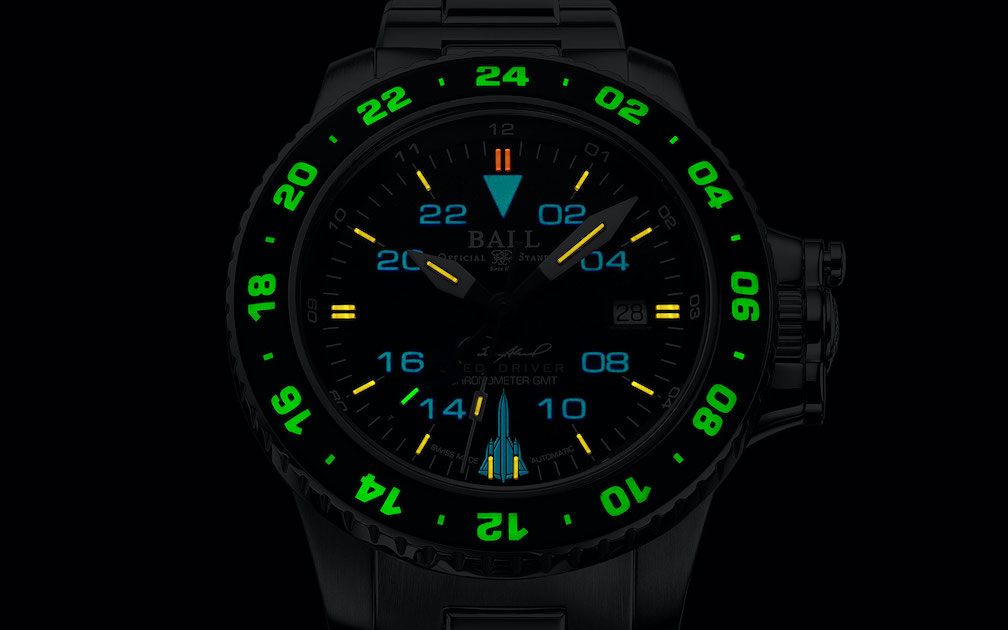 The Ball Engineer Hydrocarbon AeroGMT Sled Driver certified chronometer made in Shul’s honor not only features incredible luminous night reading abilities, but also is built to withstand the most rugged of conditions. It has a special crown protection system with a plate that shields the crown from external knocks. The triple folding buckle is patented and is capable of resisting up to 1,400 newtons of force. Plus, it boasts a secure butterfly clasp and a 22mm extension system. The titanium case back pays tribute to the SR-71 titanium hull and can withstand heat up to 1,000 degrees Fahrenheit. The  42mm stainless steel watch can resist up to 5,000Gs of shock  and is antimagnetic to 4,800A/m.

From  a design perspective, the watch pays homage to Shul, with an image of the SR-71 fighter plane at 6:00 on the dial, and with Shul’s autograph above the “Sled Driver” name. Just 1990 pieces will be made. On a bracelet, the watch retails for $3,499. So even if you will never pilot the Sled, you can be captain of what is on your wrist.