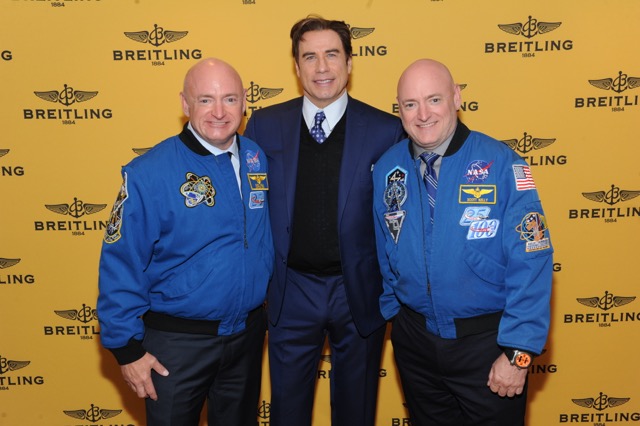 To kick off events, Breitling called in its star-studded array of brand friends. For the celebration Boomer Esiason, John Travolta, astronaut brothers, Mark and Scott Kelly, as well as members of the Breitling Jet Team were in attendance. John Travolta and Breitling USA President, Thierry Prissert, cut the ribbon and opened the store to guests and VIPs. 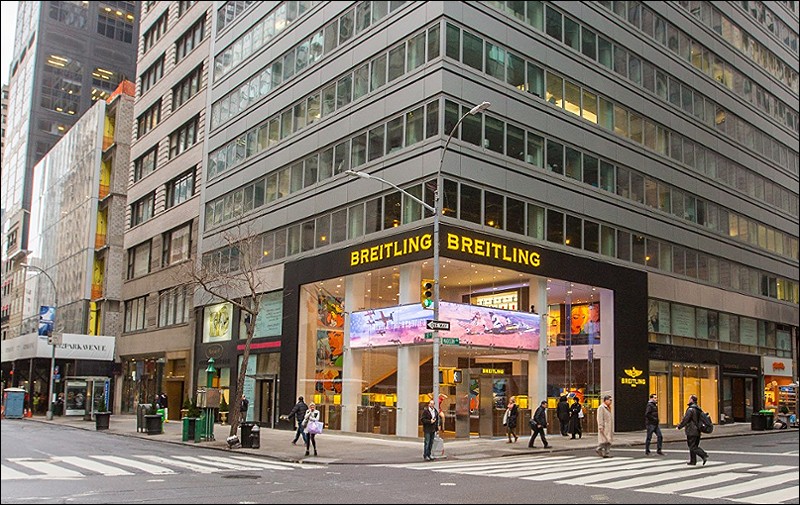 Inside, the visual styling of the store is similar to that of the former flagship location but on a grander scale. Large World War II themed murals adorn the walls, as do a number of sculptures. The stylized cartoon bomber and nose art will be familiar to anyone who has followed either the brand or art from the WWII period from which the store draws its inspiration.

Prissert, John Travolta and the Kelly brothers all addressed the crowd, but for once, Travolta may have been upstaged. The crowd favorite of the evening was the recently returned from space, Scott Kelly, the younger of the Kelly twins, who now holds the record for most consecutive days spent in space: 382. He took four personal items with him for his time spent in the space station: his eyeglasses and three Breitling watches. 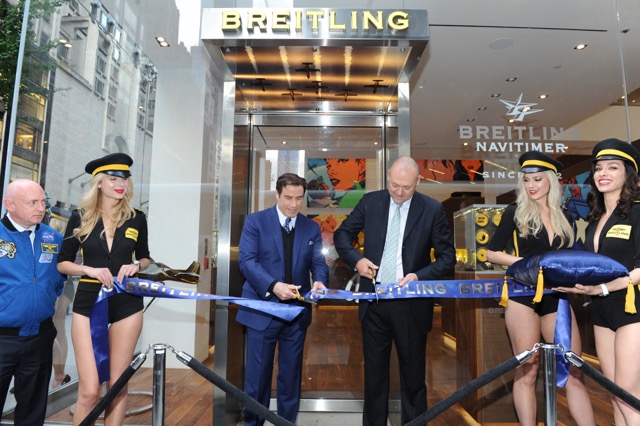 Scott likened his celestial journey to going over Niagara Falls in a wooden barrel… while on fire. His most reliable companion were his Breitling watches, which traveled 143,846,525 million miles and saw 10,880 sunrises and sunsets with him during countless orbits around the Earth. Just another not so subtle reminder that Breitling is a watch brand that takes aeronautics, durability and performance seriously. 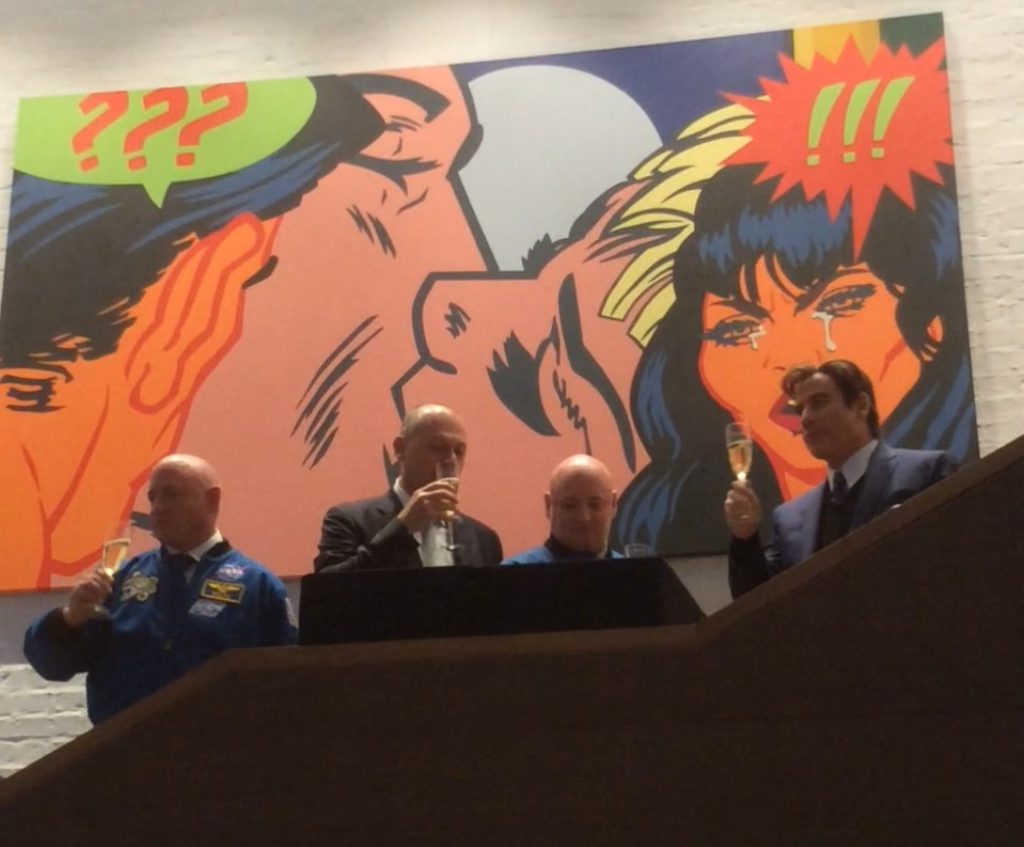