Can You Smoke That Watch? ArtyA Leaves Us Marveling Yet Again (Pre BaselWorld 2015) 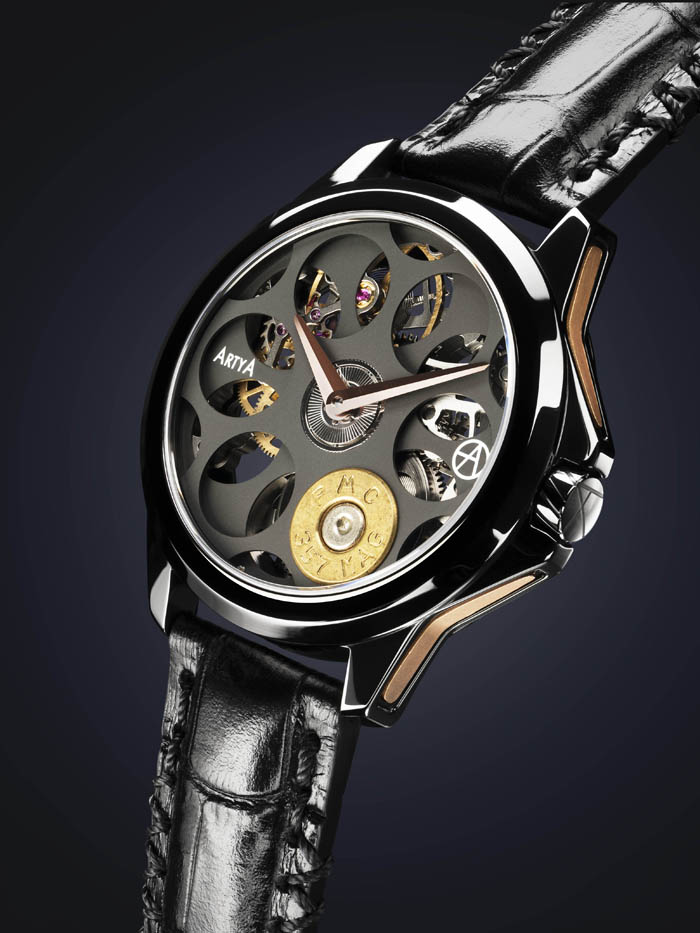 Wow it’s mid February already! You may have forgotten we recently just started a new year. Vacations end and you get back to the daily grind. Well, we are here just to remind you that with a new year comes new excitement. To help bring the 2015 excitement alive, and just in time for Pre-BaselWorld 2015, ArytA has released five very spectacular watches, each with its own unique theme. Their limited release will make them coveted, but their completely innovative designs and their highly customizable features will make you envious.

All five watches are equipped with choices, so many so that its highly unlikely that any single watch will be created alike. For example the Son of Earth: “Gold Tobacco” allows you to decide the usual elements like the casing size and color, which range from 42mm to 44mm and come in either steel or pink gold. However, that’s where this piece turns from ordinary to extraordinary. The watch is the first in which the dial is comprised of tobacco leaves.

This is where ArtyA’s founder and designer, Yvan Arpa, introduces a remarkable new level of customization. Not only can you chose the country and origin of the tobacco leaf used in the watch, but also, if you so choose, ArtyA will produce a watch using a tobacco leaf from your own personal cigar collection. The three open-work hands match the casing color and provide a subtle accent that does not overpower the watch’s elegant simplicity. Through Italian leatherworking, the brown leather strap gives it an added warmth with an even more earthly presence. The watch is equipped with a Swiss-made automatic caliber, which guarantees a 42-hour power reserve. If those features didn’t already ensure that your timepiece would be one-of-a-kind, there is an additional option to have the Classique case made of gold. Aptly named “Gold Tobacco,” this watch is, in reality, a son of the earth. 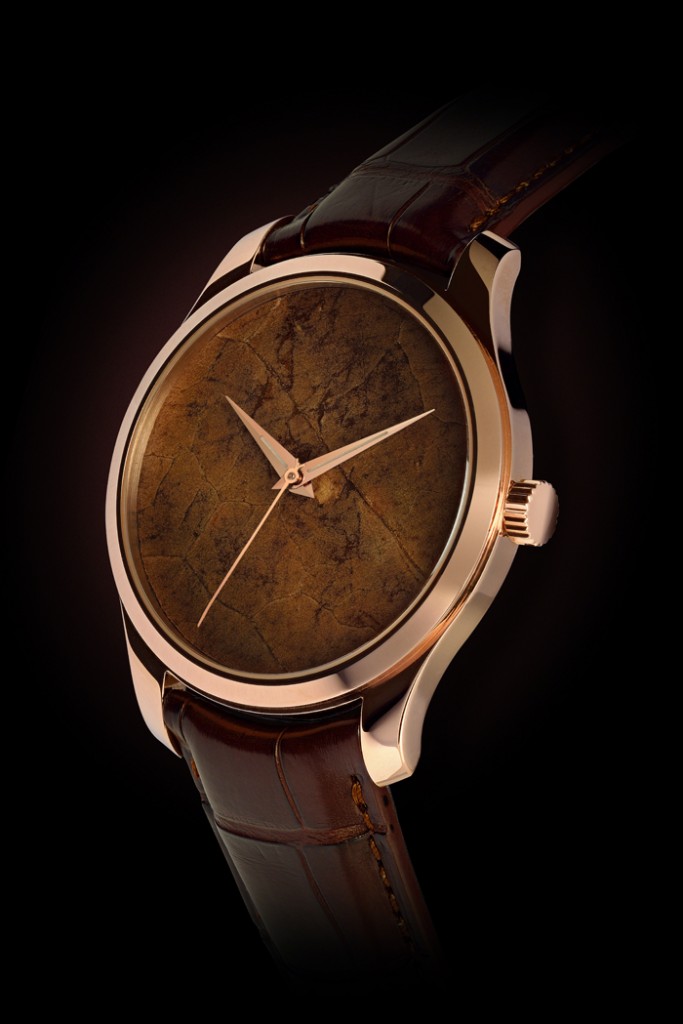 Just as Yvan Arpa developed the authentic earthiness of “Gold Tobacco,” he captured quite the contrary appeal in the new Son of a Gun “Russian Roulette” watch. This skeleton watch was designed to replicate the imagery and motion of a gun barrel. The rotating dial is set in motion by its movement while on your wrist. It is filled with one authentic bullet cartridge, which nestles in one of the six chambers, paying tribute to its name. To take it one step further, the skeletal structure was created in a way that leaves the markings of shots fired. The bullet cartridges come from genuine classic calibers such as the Magnum 44, 357, and P38, and originate from a bullet that has already been shot. The 44mm “Classic” round case, as well as the rotating mobiles, will come in matt black, steel or gold. Three finishes in either steel, black or chocolate are what differentiate each strictly limited release watch. The exhilarating “Russian Roulette” gives the feeling of looking through a barrel of a gun each time you peer for the time. 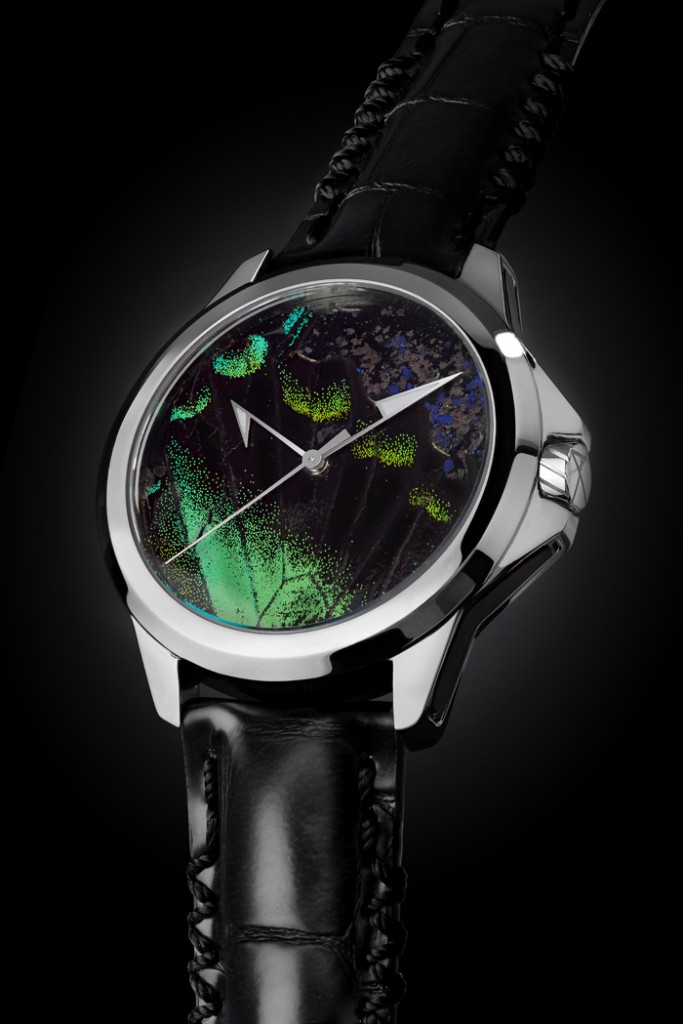 The additional three pieces featured in this 2015 release continue to bring new elements of innovative design and highly unique features. The Son of Earth, “Farfalla” features a dial composed of the vibrant butterfly wings from the Lepidoptera family. Accented with a gold leaf, the tones and textures of the watch blend in a harmonious fashion. Once sunlight hits these fluorescent wings the timepiece truly comes to life.

The new sekeltonized version called Son of a Gun Shams features customizable color options on the movement parts from blue to black and steel. New versions abound, too in the Son of Sound, “Guitar Collection.” This off-the-wall rock n’ roll timepiece mimics the head of an actual guitar and the pushbuttons resemble the tuning knobs. This watch is unlike any other piece in existence. The styles, which range from gothic black to 1950’s racing flair, will leave you mesmerized. 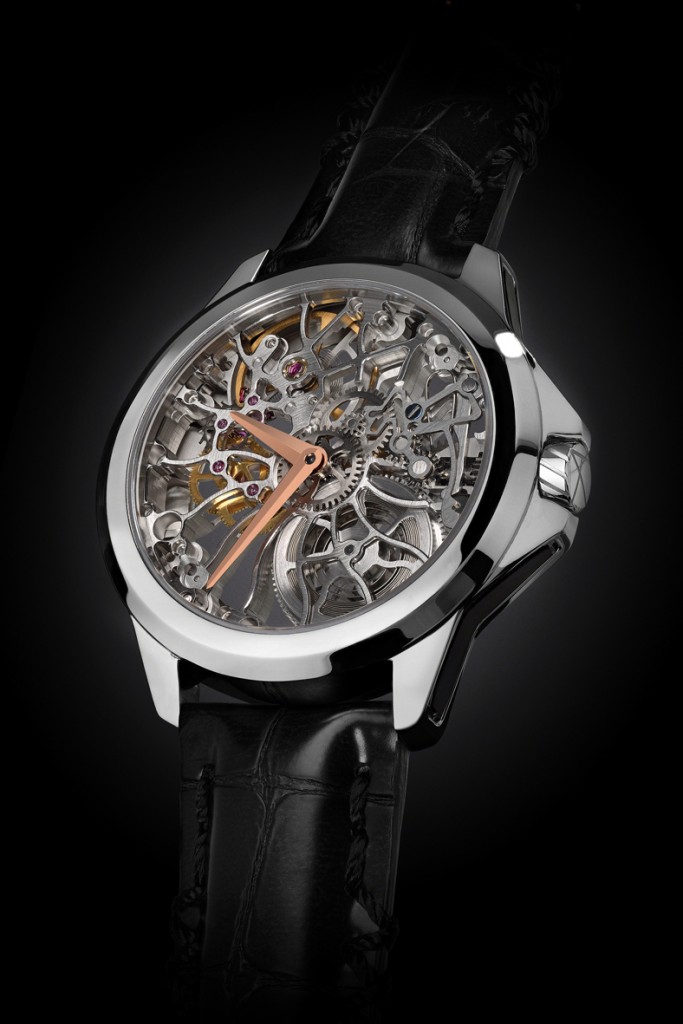 More Than 200 Rare And Coveted Watches Go Up For Auction By Ineichen Zurich This Weekend
November 15, 2021