Around the World: Richard Mille joins the Olympics with Watch for a Sprinter 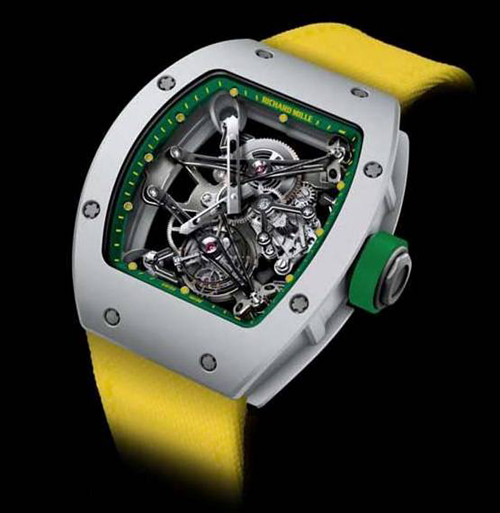 In the spirit of the Olympics, Richard Mille announces that an Olympian contested — a sprinter – will soon be wearing a Richard Mille watch. Mille, being the consummate king of “athletes must wear the watches while performing their sport” – has opted to put a tourbillon on the wrist of this UNKNOWN runner. In fact, due to Olympic rules, Mille cannot disclose who will be wearing this new Racing Machine on the wrist until three days after the closing ceremony.  This new athlete to join the Richard Mille family will wear a tourbillon prototype – in white titanium case with a striking green flange and crown, and a bold yellow strap. This Mystery Man will mark the first – and only — sprinter to run with a tourbillon on his wrist.