Around the World: Hamilton Celebrates 6th Annual Behind the Camera Awards 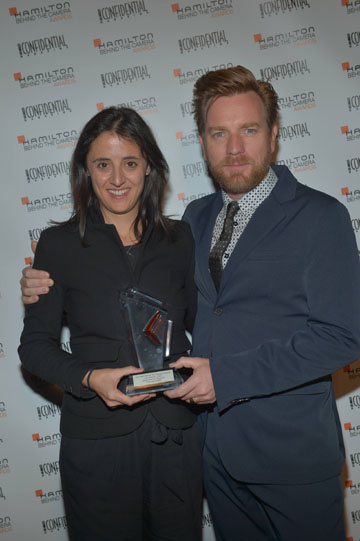 BelenAtienza, one of hte producers of The Impossible, with EwanMacGregor

This past weekend in Los Angeles, Hamilton Watch Company acknowledge the hard work of the people behind the cameras of the most popular movies of today. In its 6th annual Behind the Camera Award presentations, the brand honored producers, writers, film crews and more. Atimelyperspective was fortunate enough to be there for a portion of the weekend (with Hurricane Sandy robbing us of the finale, as we had to rush back before being stranded in LA); we are delighted to share some insights with you here.

When we are immersed in a great movie, we don’t think of what went into its making – the hundreds, 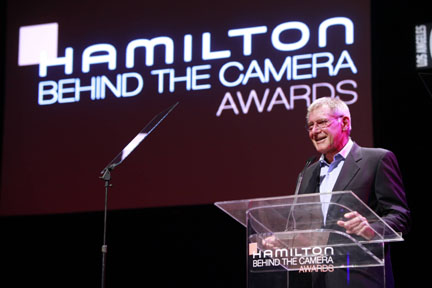 maybe thousands of people it takes to bring that film to life.  It runs the gamut from the screenwriters, producers and directors to the costume designers, prop masters, cinematographers, film editors and more. Hamilton – which this year celebrates its 120th anniversary in watchmaking – recognizes the behind-the-scenes efforts – and has done so publicly for 10 years now.

Among the 14 winners of the Hamilton behind the Camera 2012 Awards, with the awards being presented by screen stars, are the producers of The Impossible (regarding the aftermath of the Tsunami), the Director of Beasts of the Southern Wild (Denh Zeitlin), foreign film directors for The Intouchables, and cinematographer of Life of Pi (Claudio Miranda).The Lifetime Achievement in Film Editing award went to Andrew M. Siegel for his work on Lincoln (and was presented by Harrison Ford). 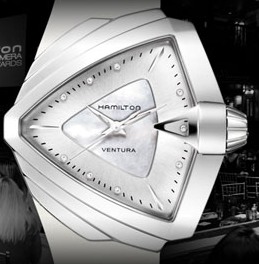 In acknowledging the hard work of Belén Atienza and the other producers of The Impossible, Ewan McGregor said, “Throughout the process of making [the movie],” our producers, Belen, Alvaro, Ghislain and Enrique…felt a responsibility toward everyone touched by the tsunami to get it right and to honor their memories…I am so proud to be a part of this project, and I commend the producers for bringing it to the screen with sensitivity and truth.”

The award ceremony, hosted at the House of Blues in Los Angeles, and co-hosted by Niche Media’s Los Angeles Confidential magazine, was chocked with hundreds of celebrities and international journalists. Hamilton CEO, Sylvain Dolla, said that he is thrilled to undertake such an endeavor, as it is the behind-the-scenes watchmakers, designers, and other “off-screen” talent that come together to create a superb 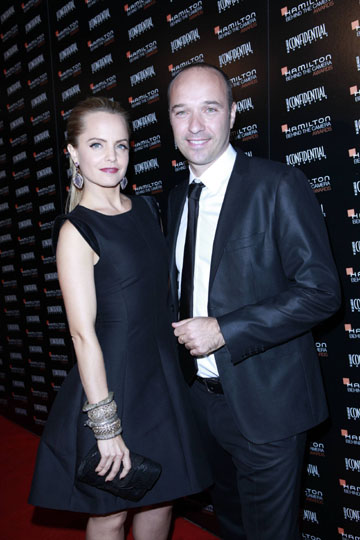 Hamilton wrist watch. “Watch making and filmmaking have a lot in common. They both take skill, patience, vision, and commitment. Over the course of the six decades that we’ve collaborated with filmmakers, we have come to understand that from the props to the set design and from costumes to the screenwriting, all of the hard work done off-screen plays a critical role in creating the fantastic films we see onscreen.”

Each of the Honorees was presented with a Hamilton Ventura watch (an iconic timepiece first created decades ago and made famous by Elvis Presley in the movie Blue Hawaii.  Hamilton – a watch brand born in America – has a rich and wonderful past – 120 years worth. Stay tuned for more about this brand and its anniversary coming soon.