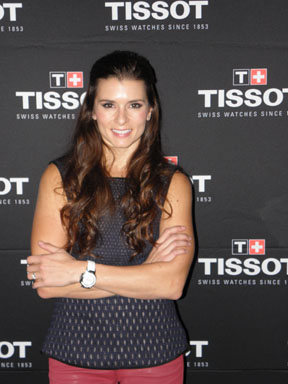 Danica Patrick at the Tissot event in Kansas City recently

Recently, at Kansas Speedway, Atimelyperspective got to spend a long weekend with Tissot – the Swiss watch brand that supports NASCAR and Danica Patrick with the #7 Tissot car. The weekend consisted of races, celebratory parties, the launch of the new Danica Patrick Tissot timepiece, and a little time spent off the track with the smart and sophisticated Tissot ambassadress. Danica Patrick – in addition to having a successful model and advertising spokesperson career – is one of the most successful women in American open-wheel racing as the only woman to win in the Indy Car Series, and holding the highest finish by a woman in the Indianapolis 500. As of this year, she has turned her attentions to NASCAR — racing in both the NASCAR Nationwide Series and the NASCAR Sprint Cup Series. She has been affiliated with Tissot for just about a decade. Here, she shares some thoughts on time and Tissot. 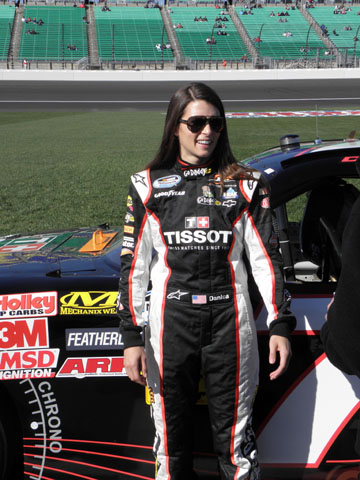 Danica Patrick just before the start of the Nationwide Series at Kansas Speedway last week.

“My life is all about the stopwatch, and it’s not just about the seconds, but the tenth of a second and the 100th of a second. Time is central for me,” says Patrick during an interview in Kansas after the unveiling of the new Tissot Danica watch.  Patrick says she has wanted to race since she was little – in fact her father was a racer and he met her mother during a blind date at a race. “So racing is literally in my blood thanks to the two of them. I was 10 years old when I first started racing.”

Patrick says that initially she thought she would go to college for engineering so she could work on cars, but when she went to England at the age of 16 for a race event, she realized she didn’t need to work on cars. “I learned that there are other people who work on your car for you, and your job is to 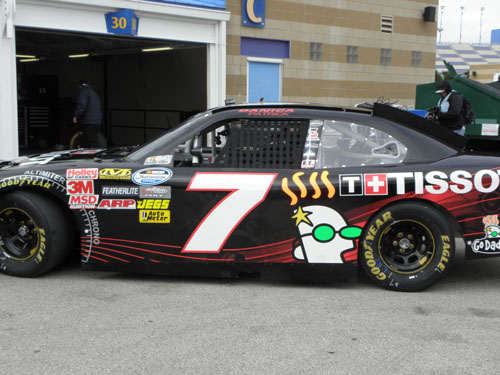 drive. Driving is a full time job and it’s not just turning the wheel, its’ taking care of the other jobs associated with being a driver.” She’s referring to working with sponsors, media, and the like. 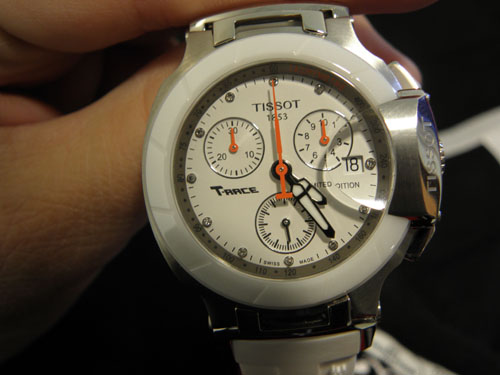 Smart, sharp and sophisticated, Danica has an easy-going but very serious nature. “Everything in life comes down to the second – whether you miss a light or catch it determines a whole chain of events and decides what happens next. Every little moment matters.” 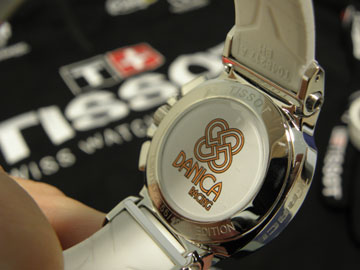 The caseback of the Tissot Danica Patrick Limited Edition 2012 watch

For this reason, Danica Patrick takes an avid interest in the watch that bears her name, giving her design input to Tissot. “This year they really took me seriously about what I wanted to see in the watch. I want my fans to be able to wear the watch in their everyday life, not just in a sporty way.” The new Danica Patrick Tissot T-Race Limited Edition watch features a white bezel, white mother-of-pearl dial, diamond markers, orange accents and Danica’s racing logo on the steel caseback.