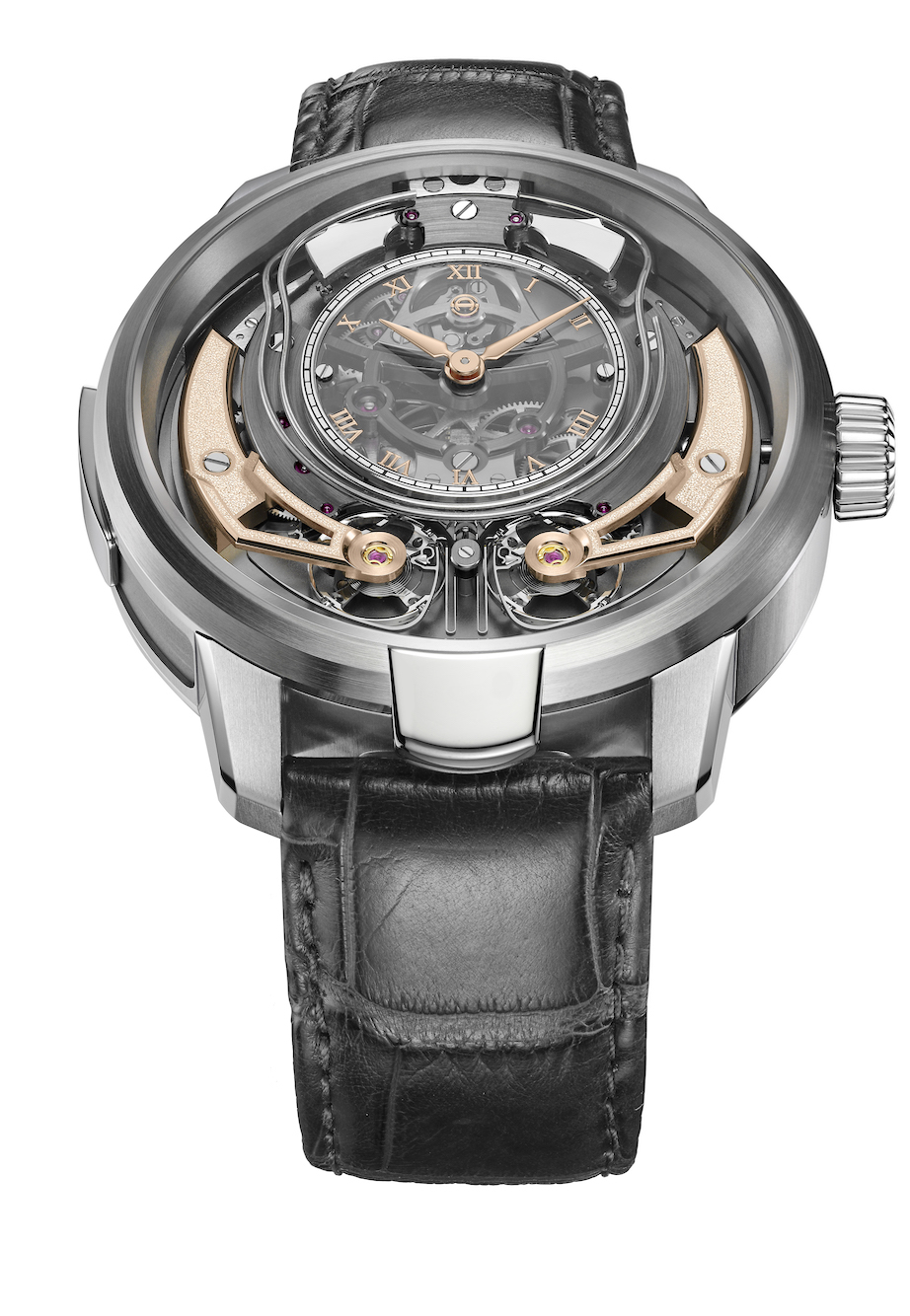 Independent Swiss watch brand Armin Strom has been making incredible strides in the 300-year journey to perfect resonance. Now, as it celebrates its 10th anniversary of the Manufacture in Bern, the brand unveils a world-first timepiece chocked with technology and watchmaking mastery: the Minute Repeater Resonance Masterpiece 2  by Armin Strom.

The technically complex watch marks the world’s first – and only – resonance chiming wristwatch. Thanks to two vertically stacked independent movements, the watch offers the minute repeater functions (chiming the hours, quarter hours and minutes past the quarter hour), as well as incredible resonance in two forms (oscillators and sound). 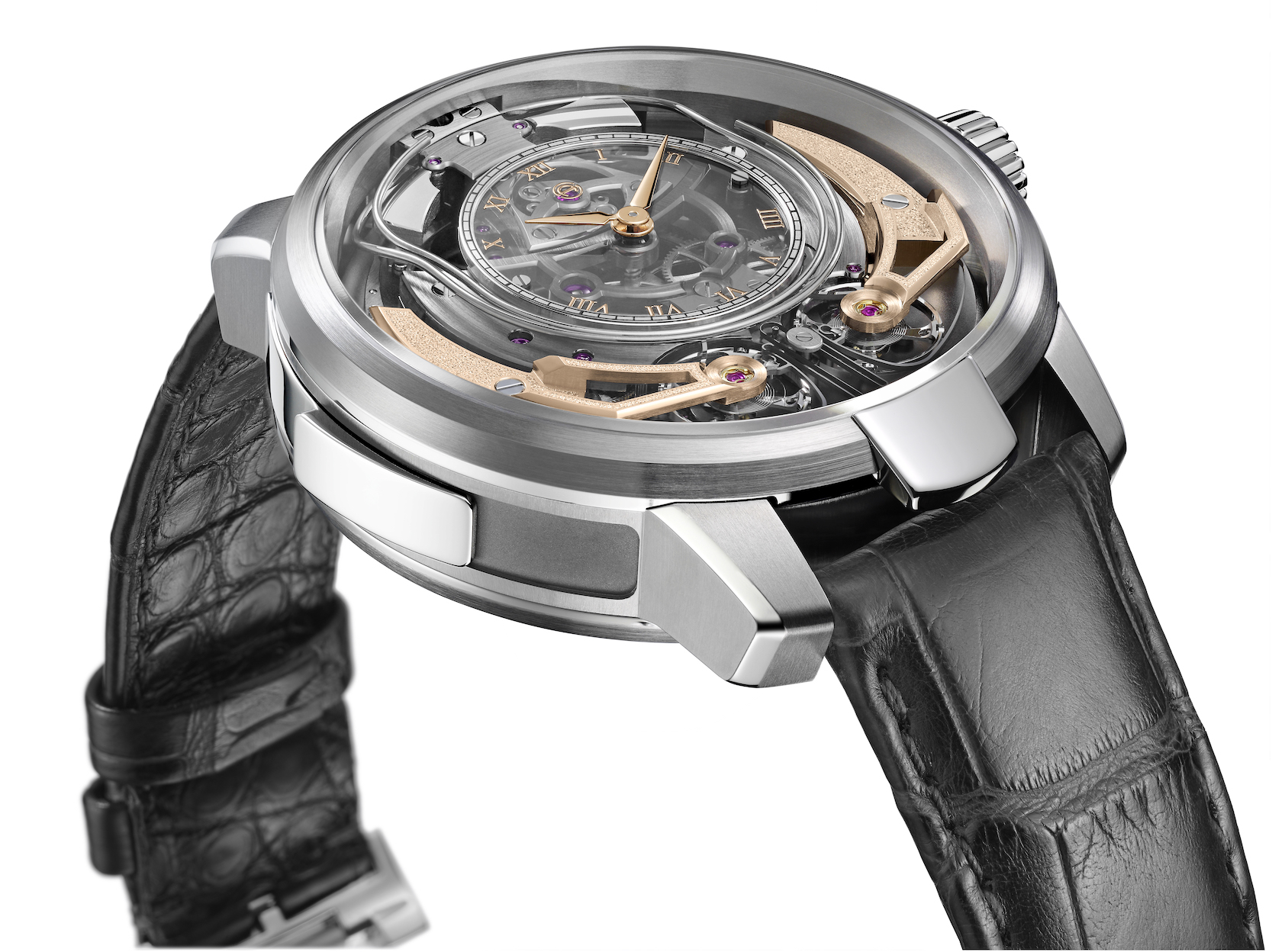 As mentioned, Armin Strom has been making great strides in the realm of resonance – recently unveiling its patented Resonance Clutch Spring that demonstrates an innovative way of upgrading precision and accuracy.  Essentially the advantages of resonance include a stabilizing effect translating to better accuracy, a conservation of energy and a reduction of the negative effects due to outside shocks. The brand’s Resonance Clutch Spring was more than three years in the making and is officially certified by the Centre Suisse d’Electronique et de Microtechnique  as being a true system in resonance. For more information on resonance, you can watch this great video.

Created in tandem with Le Cercle des Horlogers – masters in repeater watches – the new timepiece is also equipped with two independent mainsprings in one barrel. The Masterpiece 2 follows on the introduction earlier this year of the Masterpiece 1 Dual-Time Resonance watch. Like all Armin Strom watches, the new masterpiece 2 is magnificent to view not only because of the fine mechanics and design, but more importantly because the entire watchmaking prowess behind this timepiece takes center stage on the dial side.   A tour around the watch reveals the patented Resonance Clutch Spring located between the two oscillating balances at 6:00 on the dial. A slider on the lefts side of the case activates the minute repeater and two hammers located at 11:00 and 1:00 respectively chime the hours and minutes on two 3D gongs that are attached directly to the case and curve around it above the 12:00 position. 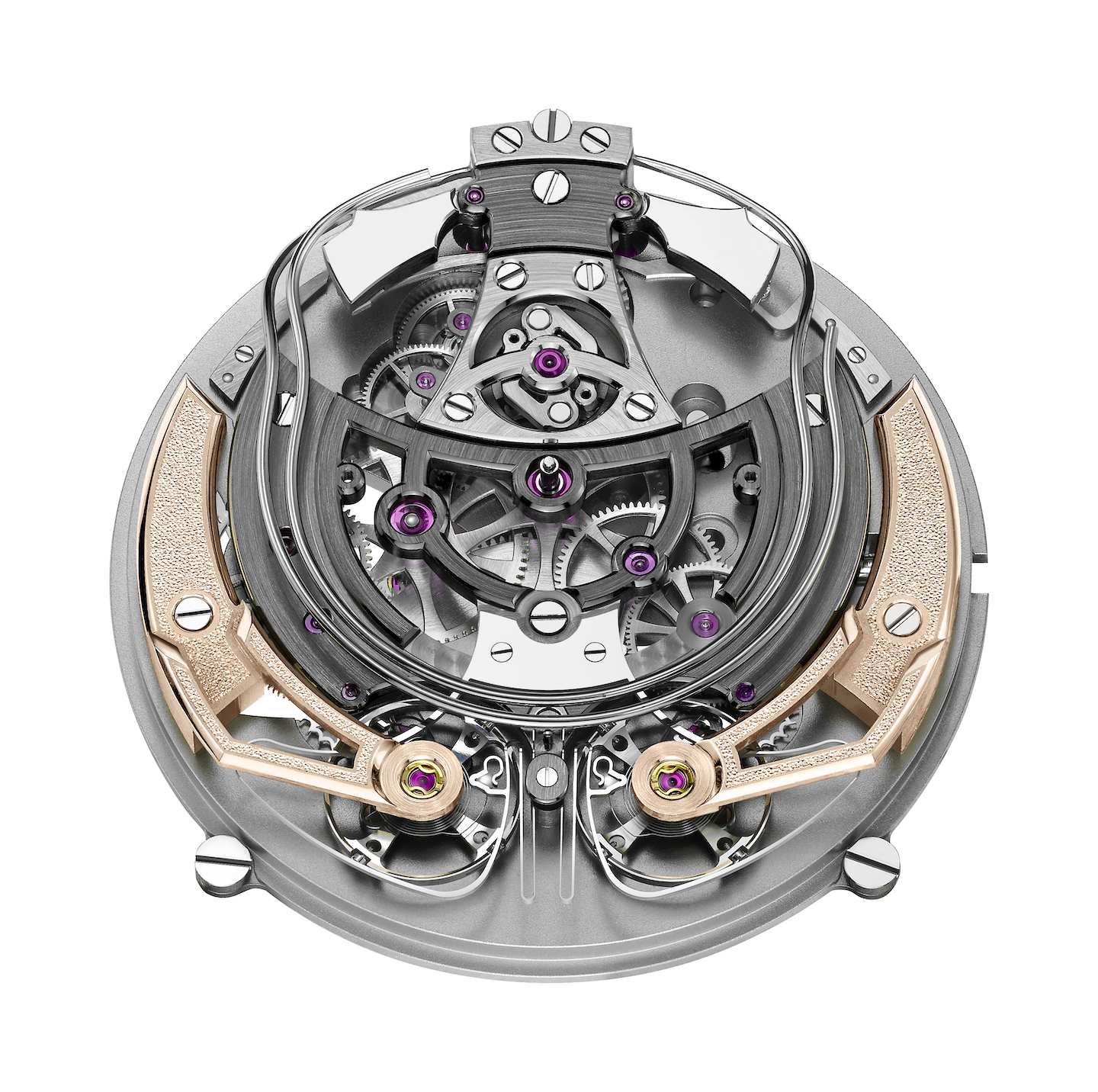 The Caliber of the Armin Strom Masterpiece 2 is equipped with the brand’s patented Resonance Clutch System.

The watch is a 47.7mm diameter and is crafted in Grade 5 Titanium for enhanced sound and lighter weight on the wrist.   It features a special security system that protects the repeater from accidental damage by blocking its operation when the wearer is setting the time or winding the complex 408-part movement.

Challenges Overcome In the Making

There were a host of different challenges that the teams at Armin Strom and Le Cercle des Horlogers had to overcome in the making of this timepiece. Space constraints were key because there was not enough room for separate mainspring barrels for each of the two movements. Instead, Armin Strom developed a single barrel with two independent mainsprings – each powering its own movement.

According to Armin Strom,  “While the vast majority of the components were produced in-house at the Armin Strom manufacture, the gongs were made by Le Cercle des Horlogers in a process involving more than 30 different stages including multiple thermic treatments. While the exact process is a closely guarded secret, it is said to be very similar to Patek Philippe’s process for making gongs.”

All components are finished to the very highest level, with a special tremblagehand engraving on the large golden balance cocks supporting the two oscillating balances seen on either side of the dial. The exceptional timepiece is created in a limited edition of just 10 pieces (for the 10thanniversary), with each retailing for $350,000. 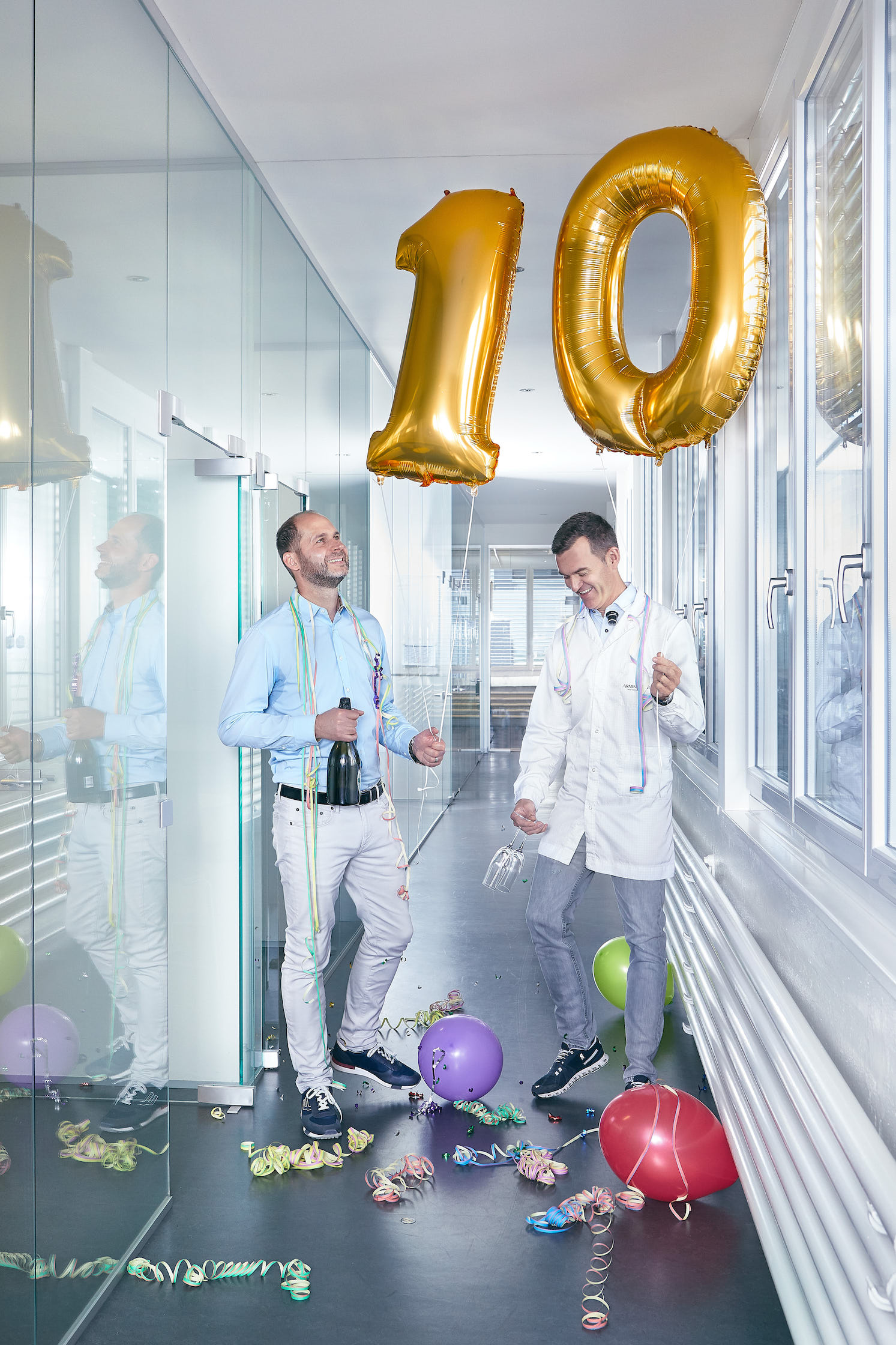 Serge Michel and Claude Greisler of Armin Strom celebrate 10 years of the Manufacture.

I Went To The Seaglass Rose’ Experience With Corum, Here’s What Happened
July 16, 2019