A Moment in Time with Sebastien Loeb

Recently, Richard Mille brought on a new brand ambassador  — French rally driver Sebastien Loeb.  Loeb is the most successful driver in World Rally Championship – with a record-breaking nine wins in a row. 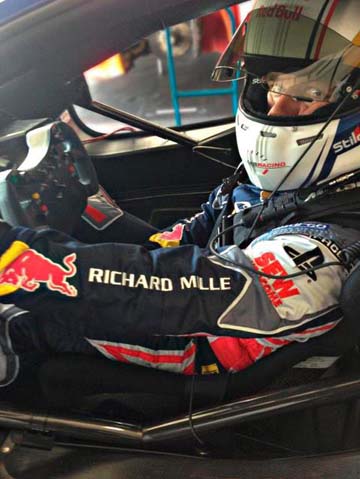 Interestingly enough, Loeb wasn’t always a race car driver. In fact, he was a gymnast – turned driver at the age of 21. “I was older when I started driving. I was 22. I didn’t grow up around it, I discovered it all by myself when I was around 18 and I had my own car. I started driving in little rallies at 22 and then in more rallies and then finally when I was 27 I competed seriously and then when I was 28 I won my first rally. I will always remember the first rally, the first victory. It was very special to me. Then I won seven years in a row! I think that driving is a question of feeling. You need to have a natural feel for it – it comes from inside and is natural. If you don’t feel it right away when you are behind the wheel then it won’t come. Then, to race, you need a good team behind you. Everything has to be perfect.”

As to his newly established relationship with Mille, Loeb says, “I don’t like classic watches,” says Loeb. “Richard doesn’t do classic — he creates watches with incredible mechanics, and this is what motor sports is all about –mechanics and split-second timing when racing.”

Loeb, also an ambassador for Red Bull, says time is of the essence for him. “Yet I always seem to be late. There is so much to do. I hope my Richard Mille watch helps me stay on time.”