A Meeting Of The Minds: Montblanc And Novak Djokovic Team Up 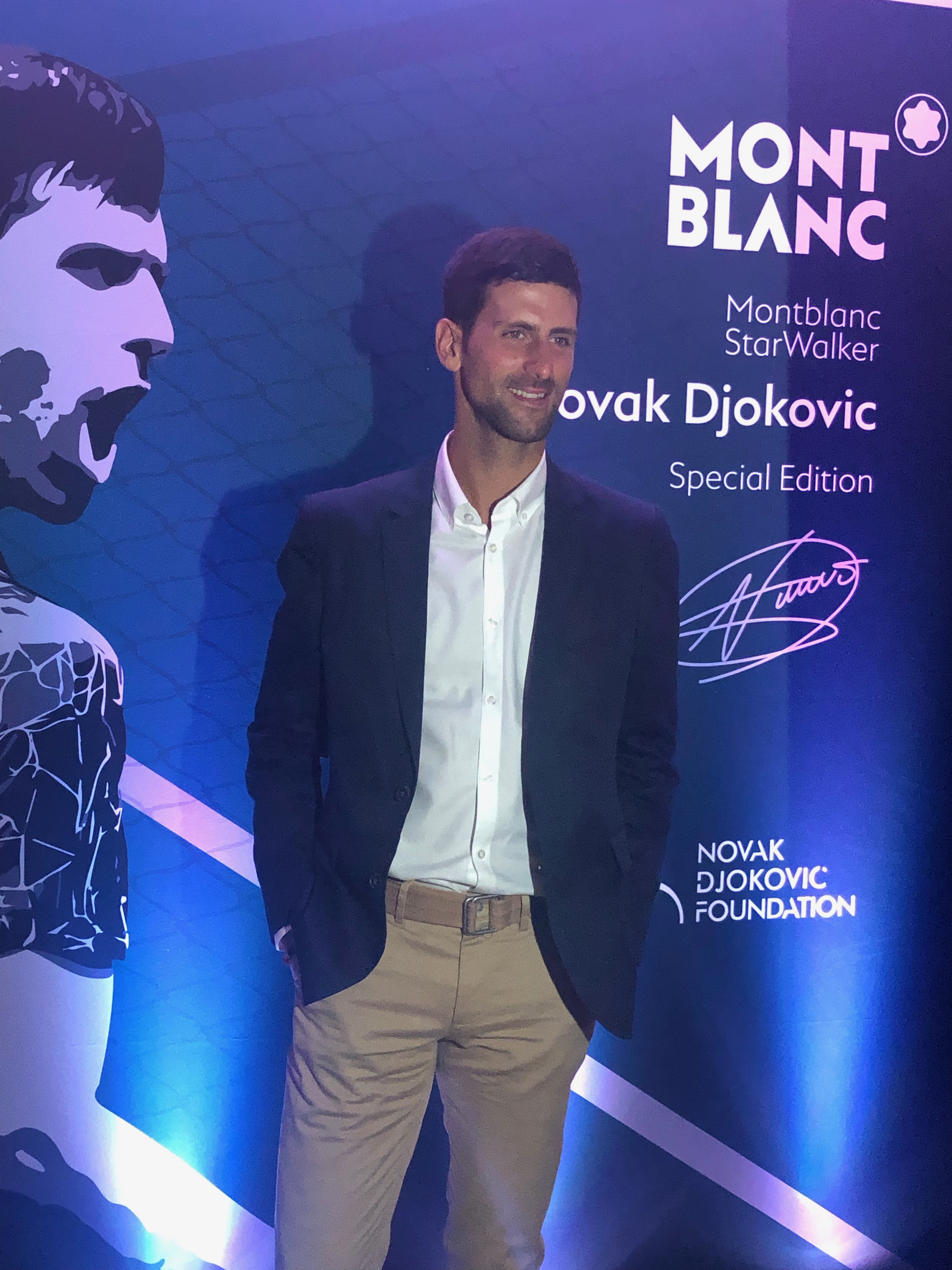 With so many tennis celebs in town for the U.S Open Tennis Championships that began today, it was inevitable that I would meet and interview at least one if not more. Last week, I was invited to a special event between Montblanc and Novak Djokovic. For those in the know about tennis stars and watch brand ambassadors, you know that Djokovic is a brand ambassador for Seiko. So … what’s up? It’s simple, Montblanc partnered with the the  Novak Djokovic Foundation to create a Montblanc Novak Djokovic Special Edition StarWalker writing instrument.

At the event, which was incredibly exclusive with just about 2 dozen journalists in the room at the SoHo House, Djokovic shared his thoughts on writing, keeping a journal and the importance of early education.  I’ve interviewed him a few times before and he is always eager to share.  He said he has kept a journal since he was young, sometimes writing a lot and sometimes lapsing. 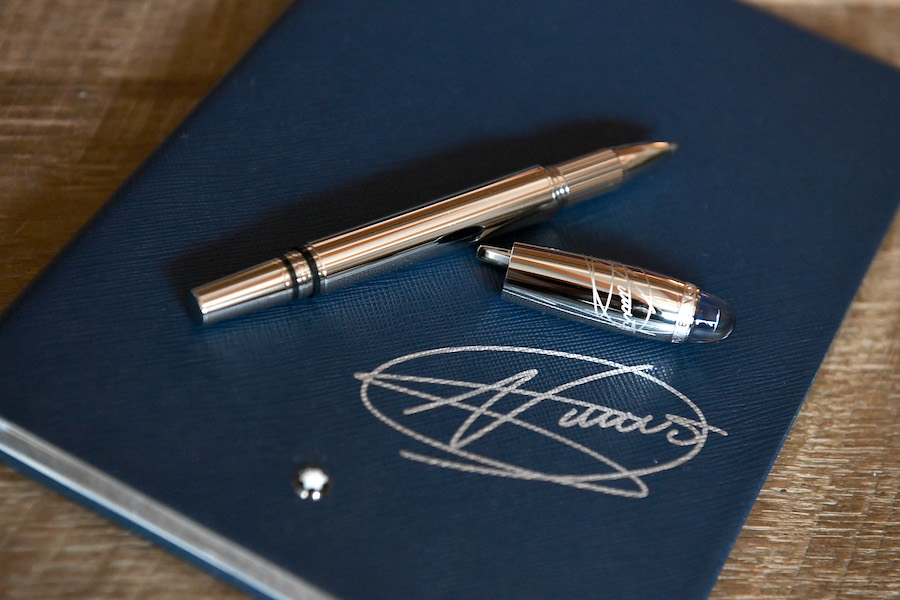 He said that writing in a journal helps him to focus and to memorize. He also said that just using a phone for a recording doesn’t help with memorization or even emotion.  He even mentioned that his wife loves to write, quipping that she often writes if there is a problem in their relationship.  To Djokovic, the pen is more powerful than the tennis racket. And education is the key to accomplishing one’s dreams, and writing goes hand in hand with that objective.

The new Montblanc Novak Djokovic Special Edition StarWalker writing instrument features his signature on the pen, and on the accompanying blue notebook/journal that is sold with it.  Just 300 sets of the Fineliner pen and notebook will be made, each retailing for $740. The joint venture will benefit the Novak Djokovic Foundation started in 2007 to help children who do not have access to early education.

After the presentation of the writing instrument and Djokovic’s talk about the Foundation and his journal-keeping, the group retired to a private sitting area for cocktails. Even Djokovic mingled in the crowd for a super exciting and yet relaxing night. 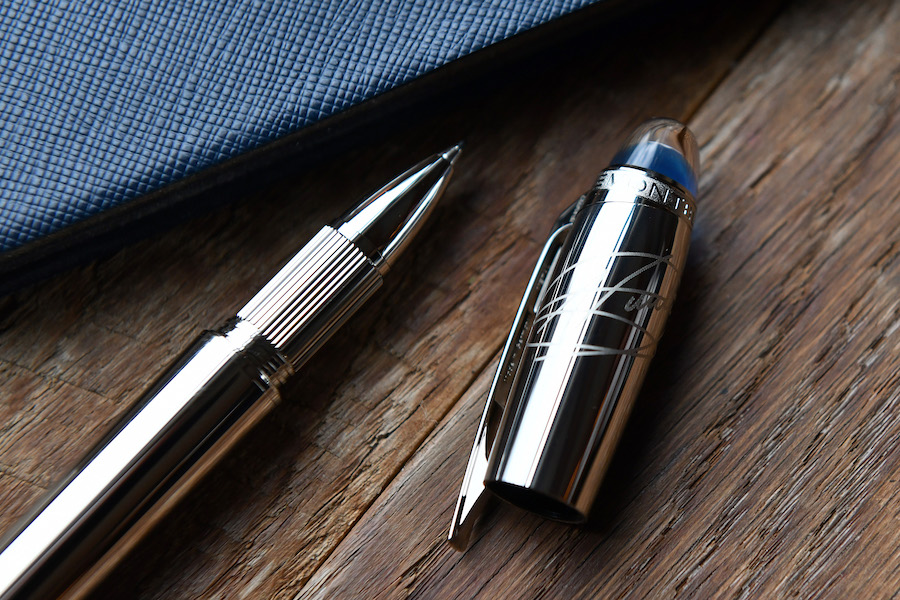