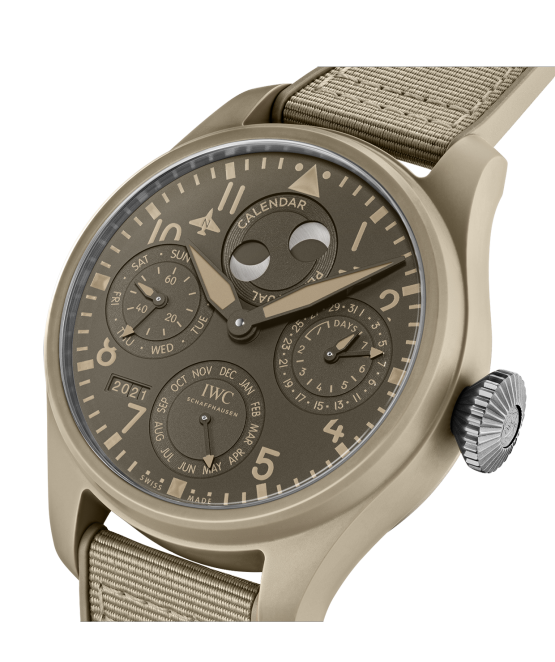 For nearly a century, IWC Schaffhausen has been creating pilot’s watches of substance. In fact, the brand created its first pilot’s watch in the 1930’s and was the first watch company to conquer the issue of magnetism while in flight, developing a soft iron inner case to surround the movement. Since then, the brand has created many iterations of its pilot watches and is considered one of the top sources for aviation timepieces. Originally conceived of as a true tool watch and instrument for early aviators, IWC pilot watches remain among the most coveted on the market today. The first IWC pilot watch was built in  1936 in response to a request from the United Kingdom government, which wanted a watch for military pilots that was antimagnetic and that could withstand temperature changes from – 40 degrees to +40 degrees Celsius. Thanks to thorough research and development, the Swiss brand, located in the German-speaking region of Schaffhausen, Switzerland, found that by encasing the movement in a soft inner iron covering, it would be protected from magnetic fields and temperature fluctuations.

That first watch was an immediate hit with both military and civilian aviators thanks to features such as a shatterproof crystal, a rotating bezel with an index for recording short periods of time, and, of course, the antimagnetic properties. Just four years later, in 1940, IWC unveiled its first Big Pilot’s watch in a limited edition of 1,000 pieces that were sold to the German Air Force. That watch, made according to strict criteria from the Luftwaffe, measured 55mm in diameter and was the largest wristwatch IWC ever created. It also boasted an oversized crown to make it easy to set with flight gloves on. 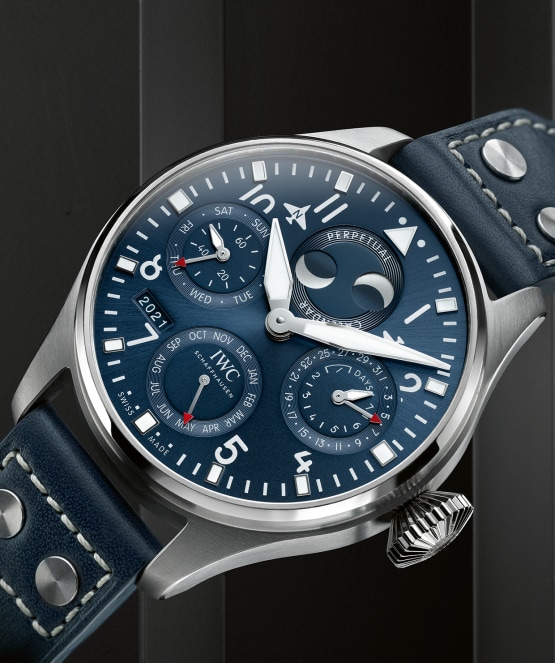 Not too long after, in 1948, IWC created a pilot’s watch for the British Royal Air Force that was supplied with the brand’s first-ever NATO strap. That watch was the legendary IWC Mark 11 and was supplied to the RAF for more than 30 subsequent years. Since then, IWC has evolved and grown its pilot’s watch collections to include the IWC Spitfire, IWC Big Pilot, IWC Top Gun and many other iterations. The brand’s unrelenting dedication to constantly creating more precise and highly functional aviator’s watches has earned it a top spot in the pilot’s watch culture.

The modern day evolution of IWC’s pilot watches came in the 1990’s, when the brand began expansion of its beloved Mark and Spitfire lines, and branched out to new materials, updated movements, contemporary designs and more for its aviation timepieces.

It was in 1994 that IWC unveiled its Pilot’s Watch Chronograph Ceramic with an automatic mechanical movement in an ultra-hard high-tech black ceramic case with chronograph movement and day/date function. That same year, a new Mark 11 watch was also released to pay homage to the original. Following that, IWC unveiled the Pilot’s Watch UTC (for universal time indication), and the much-coveted IWC Big Pilot’s Watch, which was reintroduced in 2002. 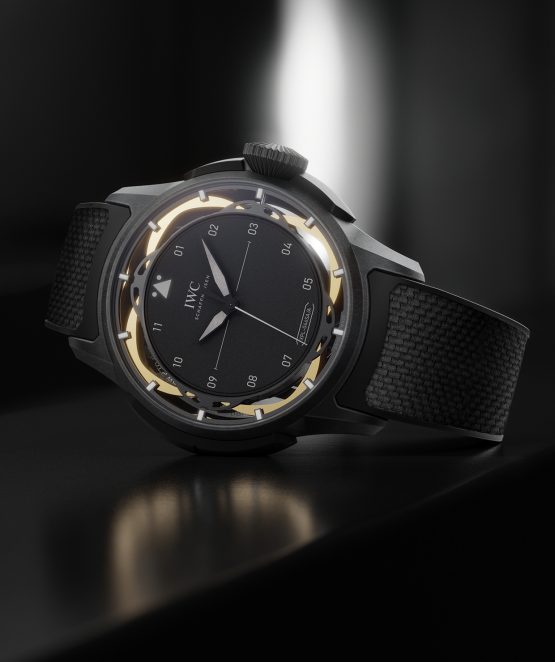 In 2007, IWC made a revolutionary step in its pilot watches by unveiling the IWC Pilot’s Watch Double Chronograph Edition Top Gun. It was the first pilot’s watch to bear the Top Gun name and was the result of a partnership between IWC and the elite United States Navy Fighter Weapons School, also known as Top Gun. Within a few years, in 2012,  IWC established its Top Gun watches as tits own separate pilot’s watch collection. The brand continues to add to this series on a regular basis, and it remains one of the most sought-after lines within IWC’s pilot watches. 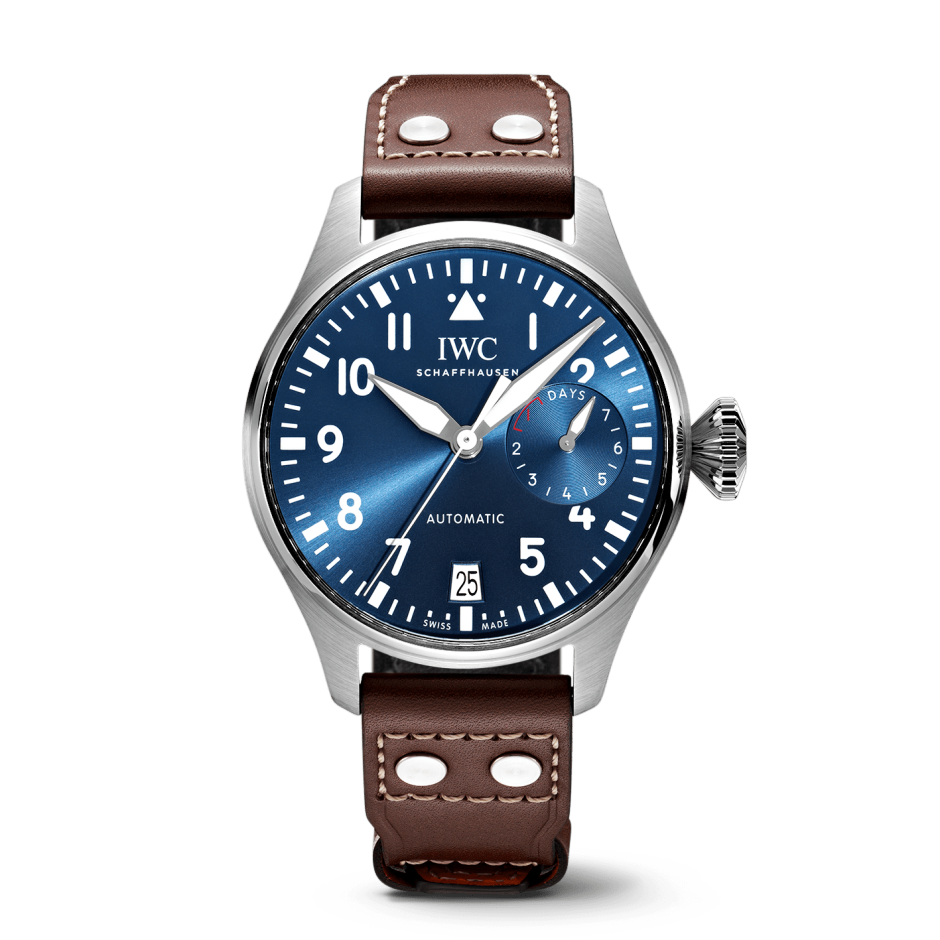 The true essence of aviator watches, The Big Pilot’s Watch is an icon in style and function. Today’s Big Pilot’s watch features an ergonomic 43mm stainless steel case with quick-change system for a variety of strap options. Bold design with total comfort and ready for adventures on air, land and sea. 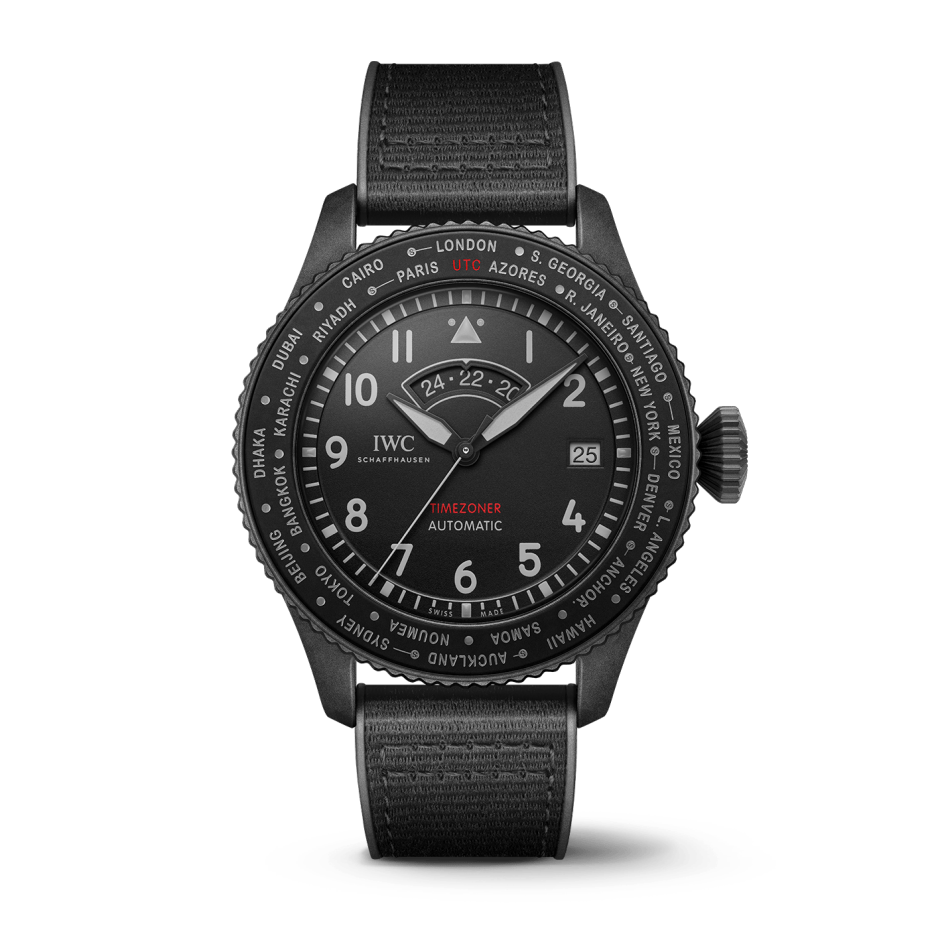 One look on the vintage and pre-owned marketplaces and you are sure to find some of the many iterations of IWC Pilot watches. These are watches that tend to hold their value over time and that are typically in good supply—depending on the model.  A simple pre-owned IWC Pilot’s watch in steel can range from $2,000 to about $6,000 on line. The more coveted versions, like Top Gun watches, are more difficult to find and are generally pricier.

When purchased new IWC Pilot watches be prepared to spend more. A simple three-hands pilot watch from IWC starts at about $7,000 and the more complex ones can retail for $18,000 and more.   IWC Pilot watches are generally thought to be a  good investment, especially since they don’t cost that much to begin with. Additionally, they enable you to showcase your love of aviation with a good Swiss watch and a great history. And, let’s face it, if you buy a version tied to an affiliation, there is a story to tell and that makes for great conversation.