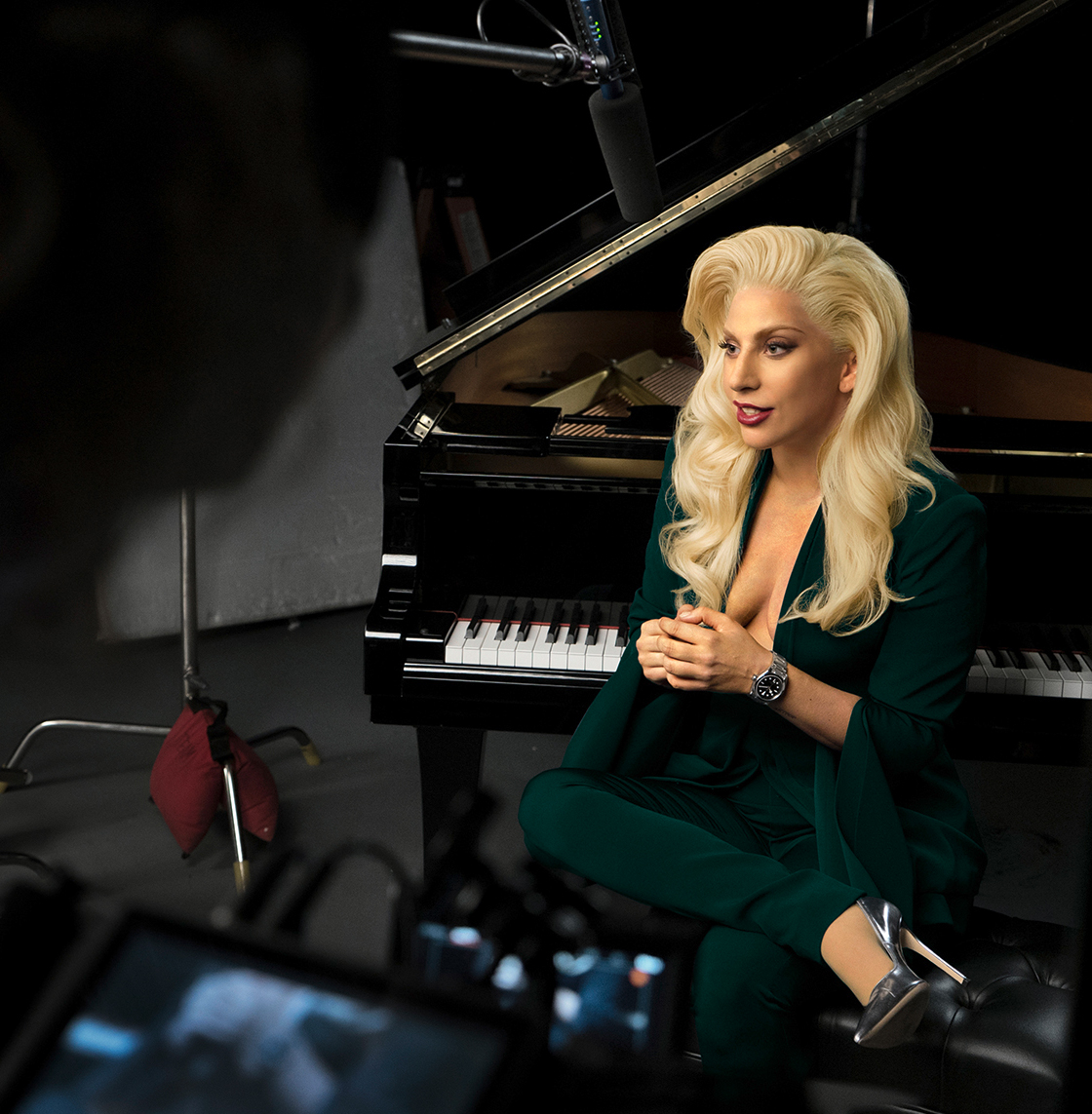 Behind the scenes of the shooting of the Lady Gaga campaign for Tudor.

Just a few days after her fall off the stage in Vegas, Lady Gaga thus far seems to be doing okay. I remember when I saw her perform earlier this year, I was impressed that she brings people up from the audience during her show and interacts with them.

Earlier in the year, I had the distinct pleasure of being invited by Tudor to Las Vegas to experience the two shows, Enigma and Jazz, put on by the omnipresent Lady Gaga. I’ll be honest. I turned it down at first. I was doing a lot of traveling and wasn’t sure I wanted to go on yet another Vegas trip, especially for a pop star I wasn’t sure I liked. But, i gave it a second thought and — boy am I glad I went.  Not only did I get to experience the two shows, but also, I got to meet the icon, ask a few questions that were answered at a private press conference with her, and more.  Let me tell you, I was impressed by this multi-talented, multi-faceted individual.

Here, I recap an article that I wrote and that appeared in print in DuJour Magazine this Fall.  It is a look at the many faces of the most versatile pop culture icon of today. 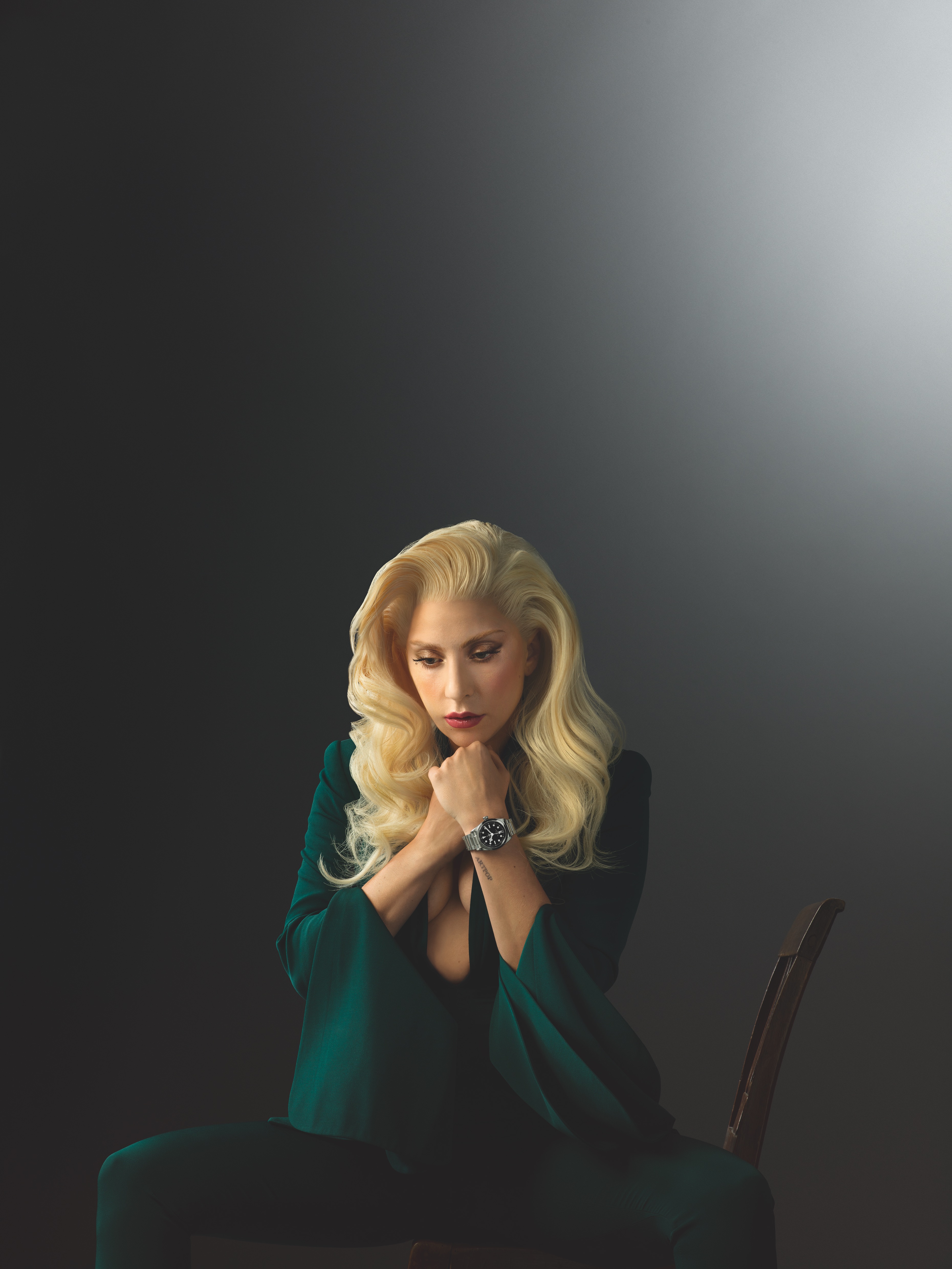 Shooting of the Lady Gaga Born to Dare campaign for Tudor.

Will The Real Lady Gaga Please Stand Up?

“Those who follow Lady Gaga already know that she is one incredibly multi-faceted person. She morphs and changes probably more rapidly than a chameleon –underscoring her vast talents and enhancing her already dynamic appeal as a musician, actress, fashion maven, activist and philanthropist. 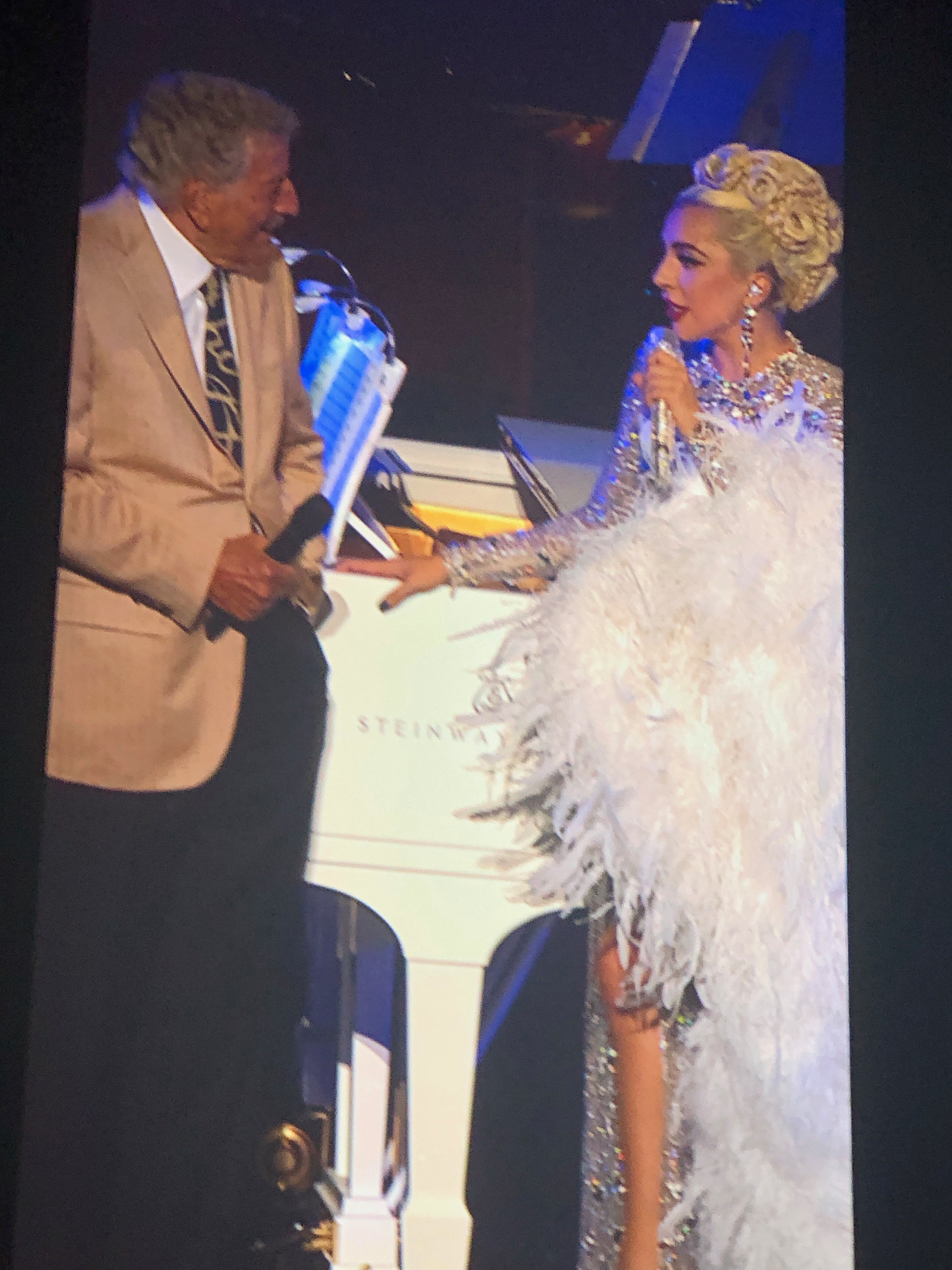 If you’re visiting the Lady Gaga Jazz and Piano show, you may even witness a surprise visit by Tony Bennett. as we did when there with Tudor.

One would be hard-pressed to decide which of her shows is better because both offer unique glimpses into the daring and provocative artist. Created by Gaga and her team, the Enigma show is an extravagant mix of her top songs complete with dancing, theatric staging and soul-searching discussions with a sci-fi-like figure called Enigma (that is actually Gaga re-imagined).  For the Jazz show, Gaga dresses the part, from sequin gowns to flapper-style headdresses and even a tuxedo, playing piano and singing all the famed jazz songs with a voice that could rival some of the originals. If you’re lucky, Tony Bennett may even make an appearance. The show is tempered with Gaga singing some of her original music, including the hit,Born This Way, in stripped down versions to a different melody. 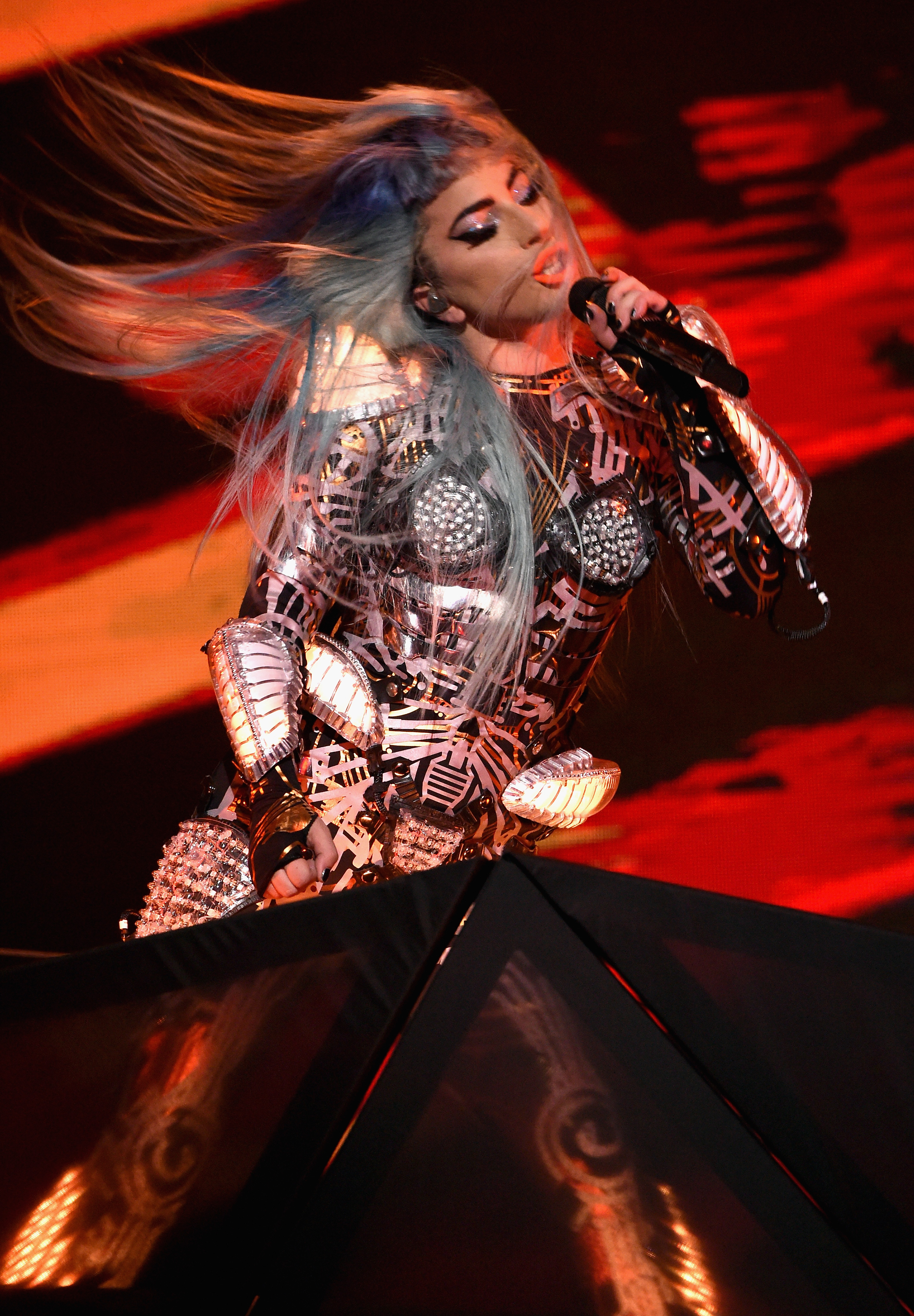 I had the opportunity to attend both concerts and to meet Lady Gaga. I’m not star-struck in any way, having interviewed dozens of celebs in my career, but I have to honestly say I was surprised and impressed by her depth and dimension. One of the best-selling musicians of all time (with 34 million global album sales), Gaga is clever, eloquent, and funny. She is also a Tudor watch brand ambassador – naturally embodying the brand’s “Born to Dare” concept both on and off the stage.

“The truth is, I like to be daring,” says Lady Gaga, who often wears multiple Tudor watches on one wrist. “I think my style is ever changing. You know, from day to day, I want to dress totally different. I went through a period in my life where style, for me, was almost like shedding a skin. You know, if I didn’t feel, like, in my power in a certain way, I would dye my hair that day, or wear a wig, or change my clothes completely, and my style would just be completely different because I wanted to feel different, like a different person,” she says, adding later: “I reinvent myself because I like to.  It’s interesting to me.  It challenges me.” 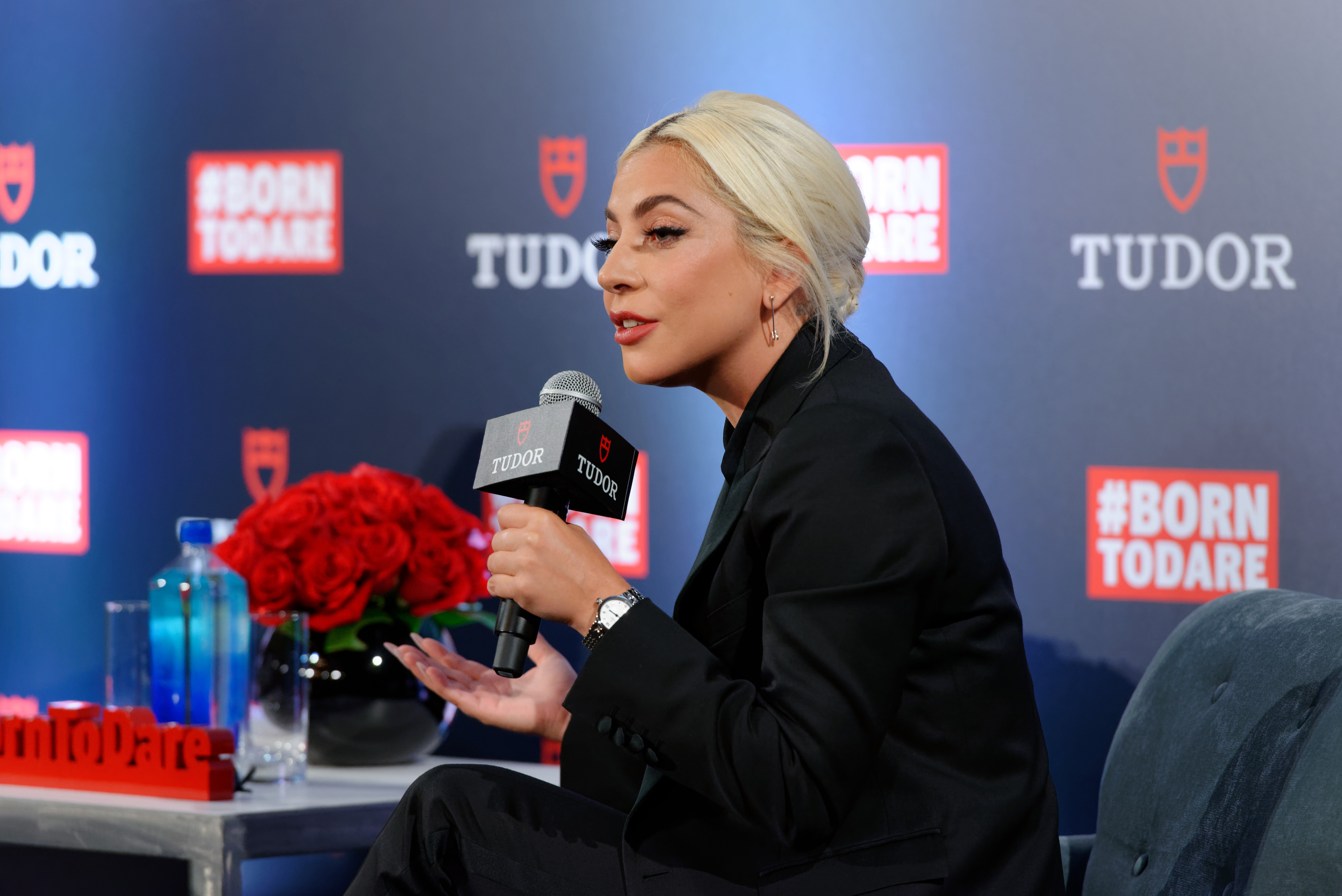 Lady Gaga at the Tudor press conference following her two days of shows.

Strong willed and entirely comfortable with who she is, Gaga seems to rise to any challenge. “I want to be someone that’s breaking rules for good reasons.  So maybe that’s part of being daring, its breaking some rules, but breaking rules for the right reasons.”

Gaga readily admits, and even talks about it in her shows, that as a child she struggled with anxiety and depression. In fact, that is what led her to creating the Born This Way Foundation that her mother heads up. The foundation is committed to supporting the well being of young people. 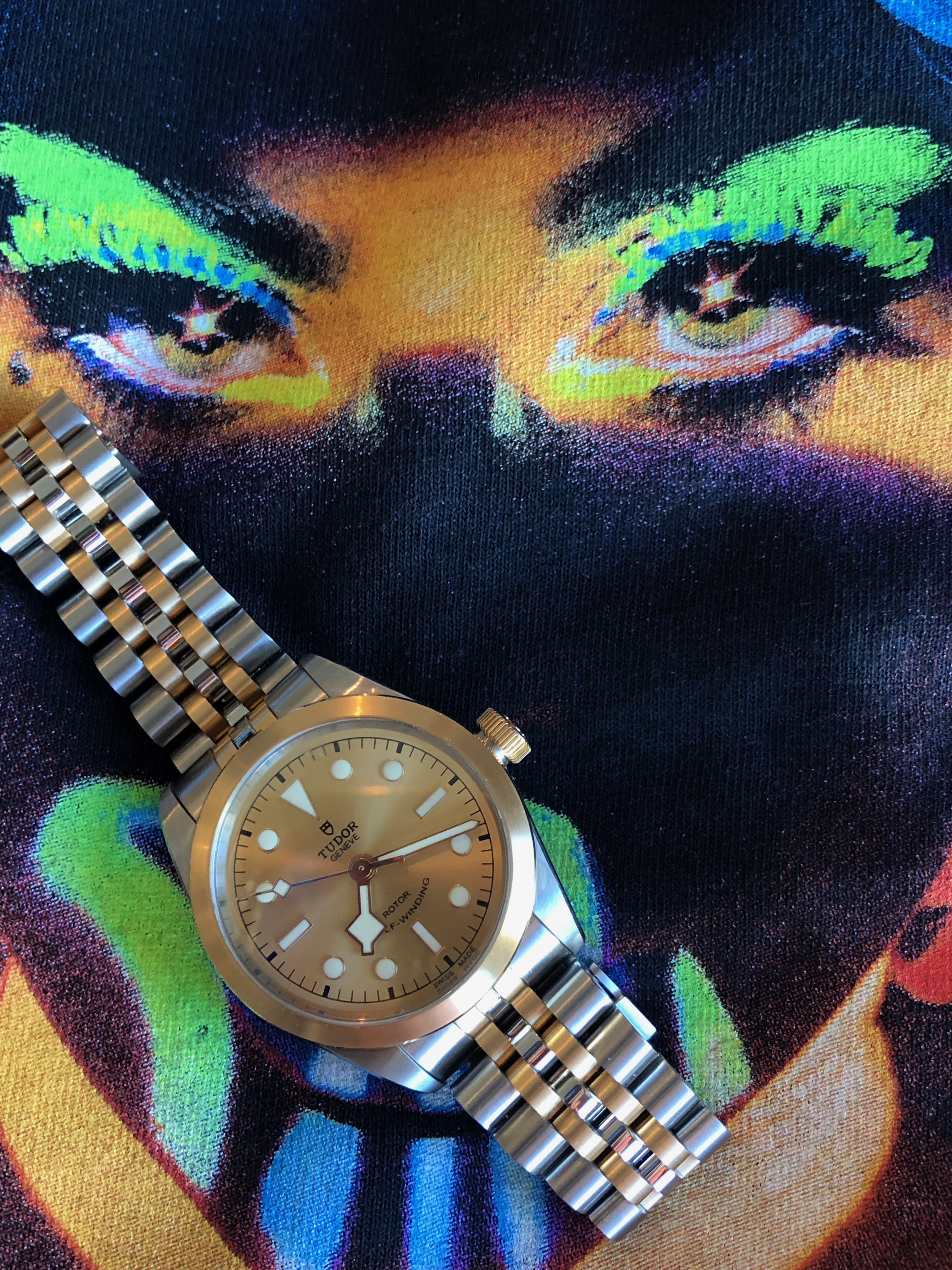 Lady Gaga’s Enigma show brings so many incredible theatrical elements to the forefront. She is a true Tudor fan, as well as being an ambassador.

“You know, we’re bringing teen mental health first aid to the United States for the first time.  So we’re in eight schools now.  We will expand and add 20 more,” she explains. “It’s like, you get to this point, and then you go, ‘okay, I’ve made it;’ I look at my Oscar, and then I go, ‘what am I going to do now to help people?’  Because that’s really what we should be doing.  And you also can help people by just doing your art, but I think flaunting your fame or flaunting what you have, I think that’s a very bad message for young people.  I think young people need to be inspired to be brave, to have a purpose in the world that goes far beyond on their beauty, that goes far beyond being loved for having lots of followers,” says Gaga. “I’m here to tell you that, you know, when you get to the top, what you really should be thinking about is, why am I here? What am I doing here?  And, can I be daring enough to look at what I’ve done already, and now, let’s take this to the next level and let’s change some people’s lives.” 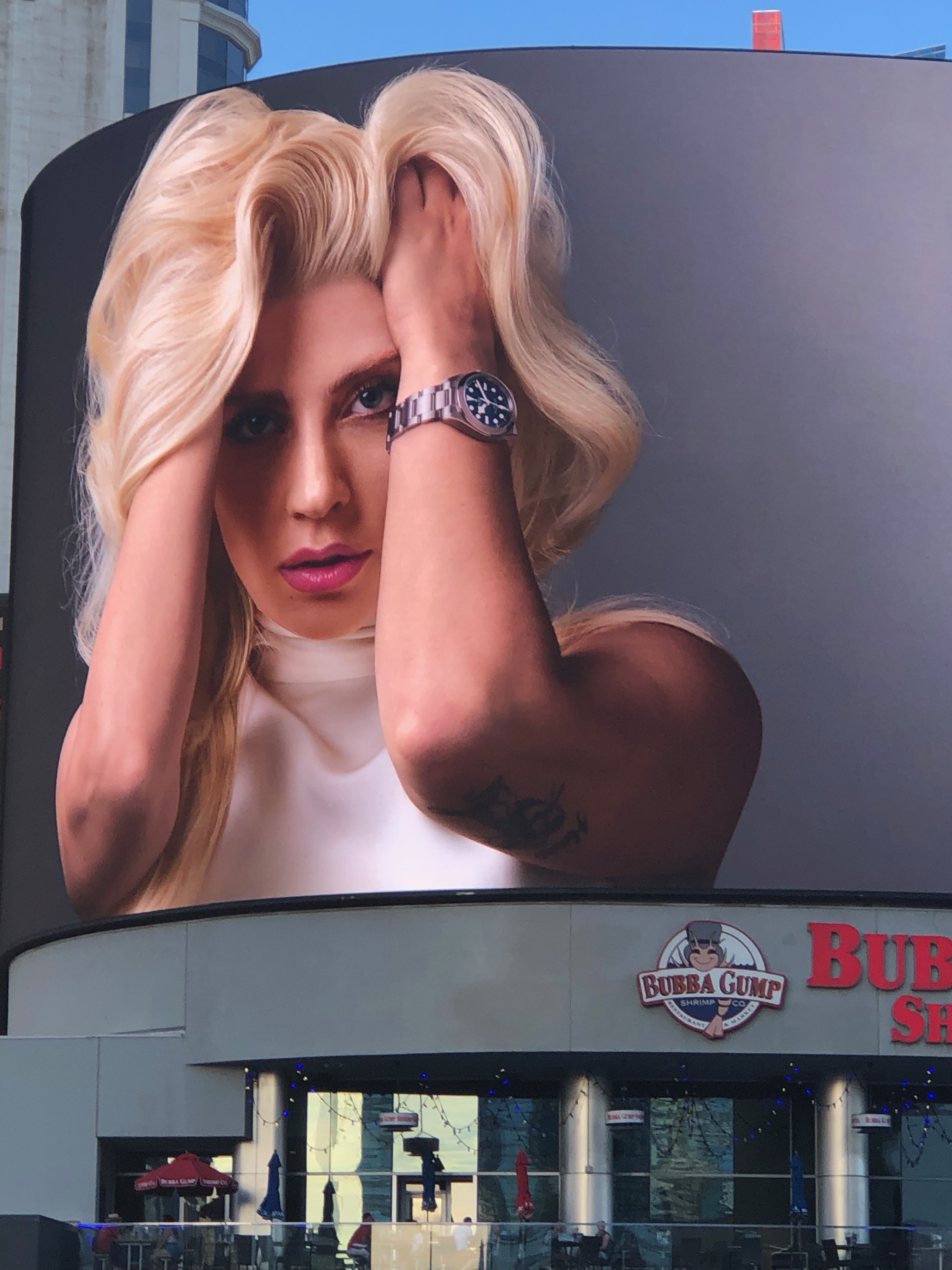 Lady Gaga, Tudor’s brand ambassador for the Born to Dare campaign, is an enigma herself.

In fact, Gaga works hard to use her artistic voice to do good, and to breed compassion.  And while she is certainly the most talented female performer on the stage today – with her many facets – that’s not necessarily what she wants to be remembered for.

“What do I hope to leave behind? You know, I actually would just like to be remembered as brave. I know that that might sound strange, but, sure, I’d love people to remember my music, remember my art, that’s wonderful,” she says. “But I think I would prefer to be remembered as brave and unafraid to speak my mind.  I don’t think that God gave me this voice to be famous; I think he gave me artistry and my voice and music as a vehicle to change the world, and that’s whatI really want to do.” ” 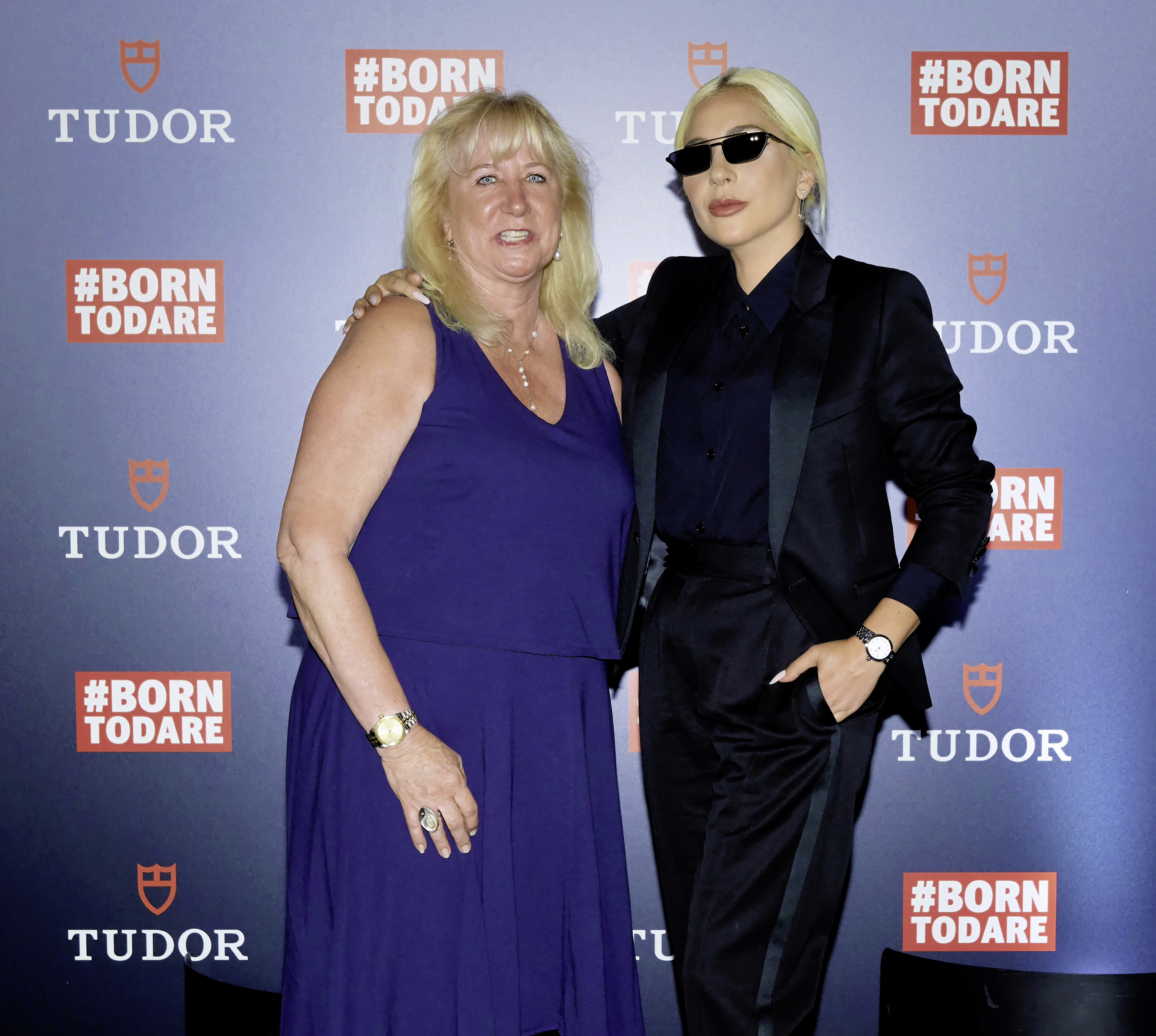 Roberta Naas with Lady Gaga — as usual, Naas is busy talking instead of posing. But that’s ok, the conversation was worth it.

This article by Roberta Naas first appeared in DuJour Magazine.