In today’s delicately balanced world, some watch brands recognize the need to help sustain our oceans, and are getting involved. Jaeger-LeCoultre has been partnered with UNESCO and the World Heritage Marine Program since 2008 to protect World Heritage Sights — one of which is the Everglades National Park. (In fact, the Everglades were the focus of a major push for environmental awareness and protection in 2009.) Jaeger-LeCoultre works closely with UNESCO and with the International Herald Tribune in its Tides of Time campaign to bring attention to the marine world, and even creates a very special timepiece to be auctioned annually to raise funds. 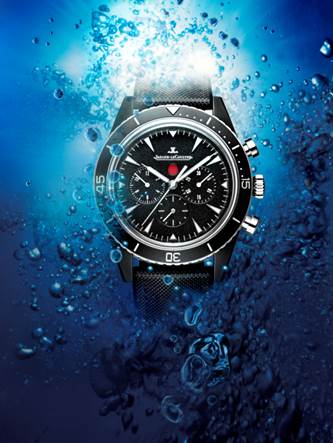 Jaeger-LeCoultre contributes to the protection of the 46 marine sites appearing on the UNESCO World Heritage list, sites referred to as the Crown Jewels of the Ocean. In addition to its awareness efforts, every year, Jaeger-LeCoultre provides direct financial help to a particular project, such as the purchase of a boat or radar. This year, the brand created a movie dedicated to a protected marine area:  Fernando de Noronha in Brazil. The Fernando de Noronha Archipelago, off the coast of Brazil, is more than 2 million-years-old and is part of a large submarine mountain system of volcanic origin.  The Jaeger-LeCoultre donation allowed for exploration of this “Crown Jewel of the Ocean” and for the making of the movie about the survival threats it faces.

Here we bring you a short eight-minute film about the that effort and the havoc we are wreaking on our oceans. Even though a small portion of this video is in French, the rest is in English and Viewing this film is eight minutes well spent!