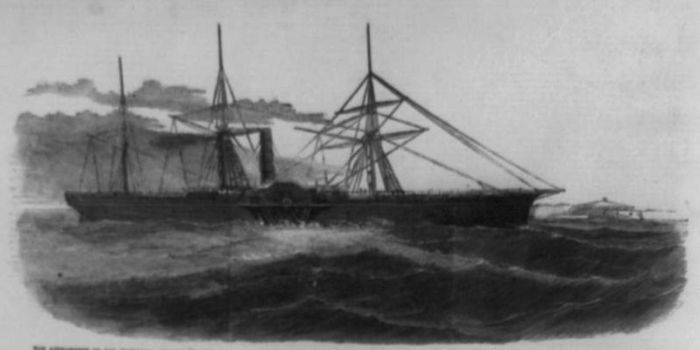 In 1857, the SS Central America – traveling from San Francisco to New York — was shipwrecked about 160 miles off the coast of South Carolina. A strong hurricane not only doomed the ship, but also the 550 people on board, the 14,000 kilos of gold, passenger gold and jewelry – valued at well over a million dollars back in 1857. The ship had been nicknamed the Ship of Gold, and when it sank, it caused economic concerns in the USA. 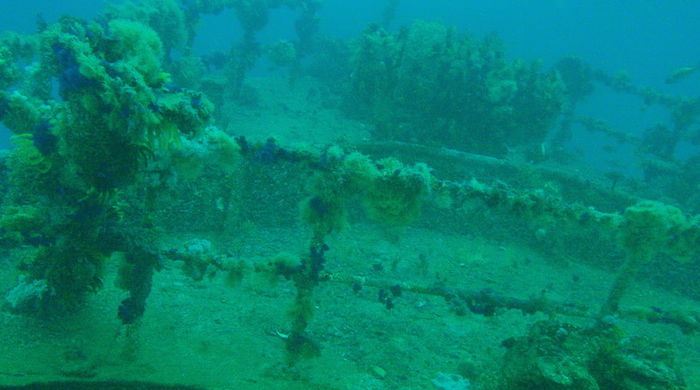 It was 130 years later, in 987 that the ship was discovered more than 7,000 feet down. The first expedition – funded with $22 million from investors – yielded loot that sold for more than $40 million. Unfortunately, the investors were never paid and a lengthy legal battle ensued. Even the scientist leading the expedition fled. Finally, last year, a receiver was appointed by the courts to oversee the recovery. The recovery rights were transferred to Tampa-based Odyssey Marine Exploration, which began salvaging earlier this year using high-tech robotics. After expenses are paid, Odyssey receives 45 percent of the recovery proceeds. 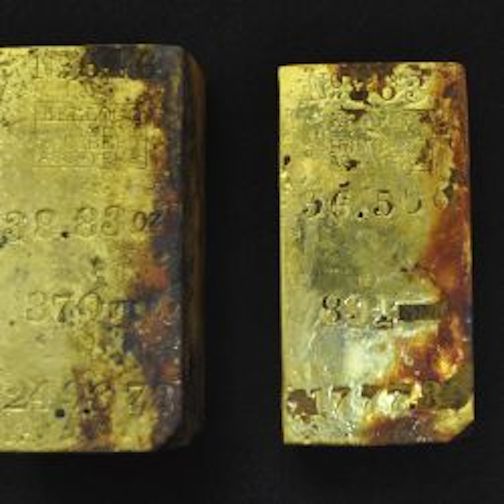 gold bars from the September salvage, the first of many. Photo courtesy of Oddessey Marine

In September, Odyssey Marine delivered the first of what will be many recovery loots. This one consisted of more than 15,000 gold and silver coins, 45 bars of gold, jewelry and a gold pocket watch: the name brand of which has not yet been disclosed. While it is certain that the watch no longer works, it is equally as certain that it should sell for a hefty sum given its doomed legacy.