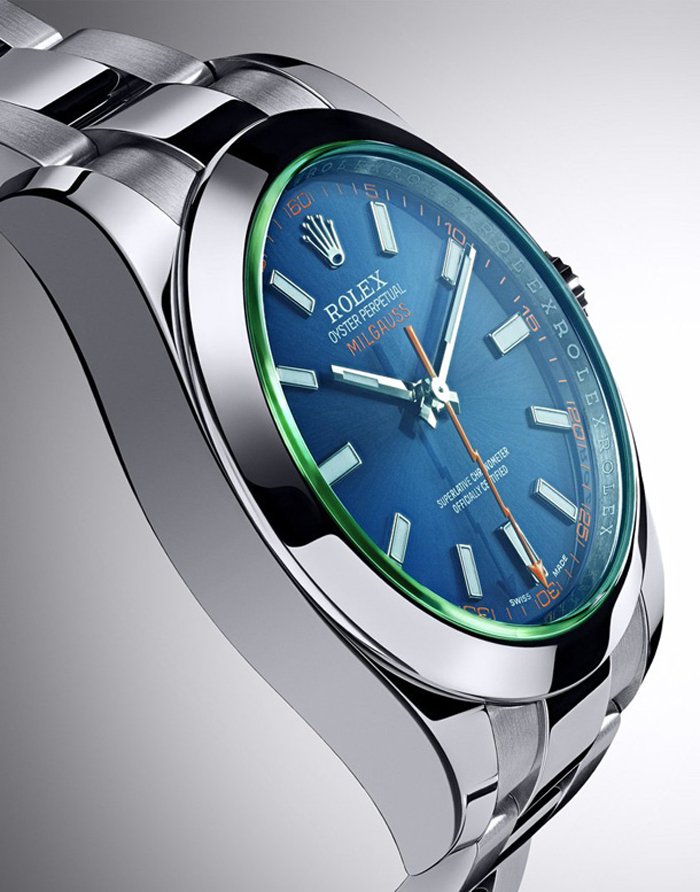 This watch is a winner. Now some may say that the blue and green combination is a bit odd, but we think it is a perfect color to take this already easily identifiable, much-loved watch to even new heights.  The new Rolex Oyster Milgauss Blue Z features an amazing green sapphire crystal combined with a bold electric blue dial for dramatic appeal. The blue dial, seen through the green crystal, is powerfully attractive, offering a slightly different hue from every angle. 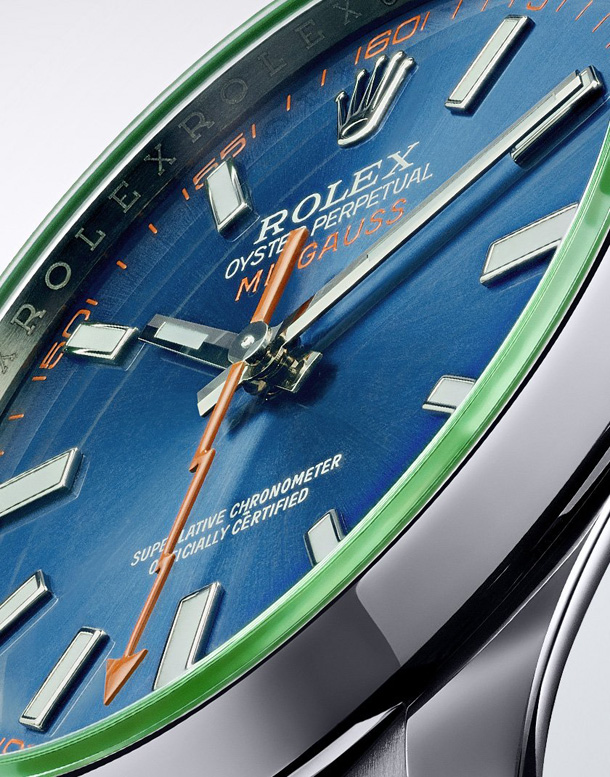 While incredibly forward thinking, the watch takes a lot of its inspiration from some emblematic Rolex heritage. For instance the green sapphire crystal marked a first in watchmaking when it was originally introduced on the Milgauss in 2007. The Z blue dial is a reference to the blued lightning-bolt shaped seconds hand of the original Milgauss designed in 1956. The concept of the original watch was to make an anti-magnetic mechanical watch for scientists and engineers who worked around magnetism. The COSC-certified chronometer could withstand magnetic interference of up to 1000 (“Mille” in French) gauss. 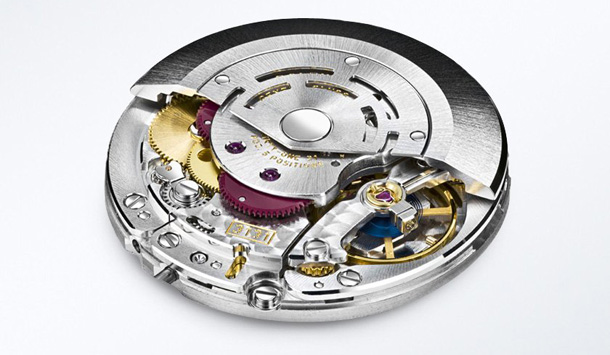 The movement consists of multiple proprietary materials that make it antimagnetic.

The new Milgauss Blue Z remains true to its original reason for being – fighting magnetism — in that it contains multiple parts made of specially created alloys (some patented by Rolex decades ago).  It also has an inner shield to protect the movement from magnetic fields. That shield is made of  the same Rolex developed and patented alloy that was in the original Milgauss (which made it THE watch for CERN scientists). The Milgauss features an escapement, oscillator and hairspring made of materials specially developed and produced in house by Rolex using micro-manufacturing (UV-LIGA) technology. 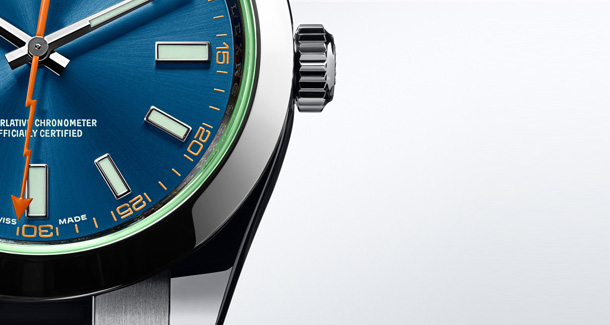 The markers are made of long-lasting Chromalight 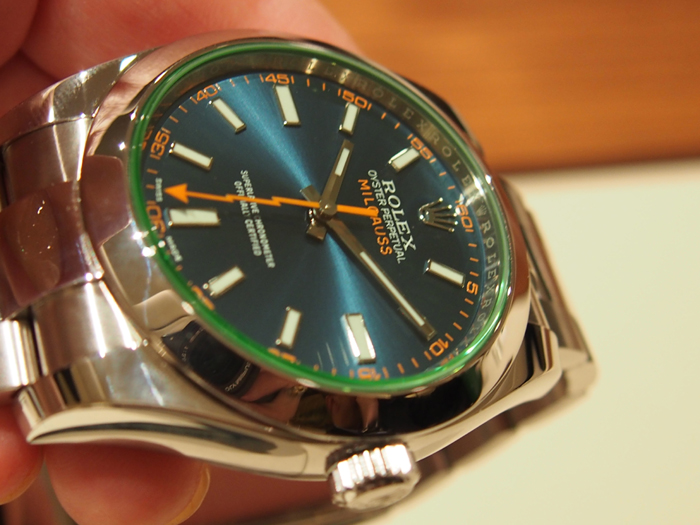 The watch looks different with every turn of the wrist.

The mechanical watch, with bidirectional self-winding perpetual rotor is water resistant to 100 meters and — in short – is the one so-to-speak “non-complicated” watch that truly caught our eyes at BaselWorld 2014. Best of all – this Milgauss retails for an incredible $8,200.