Without Women Would Bulgari Have Made Men’s Watches? 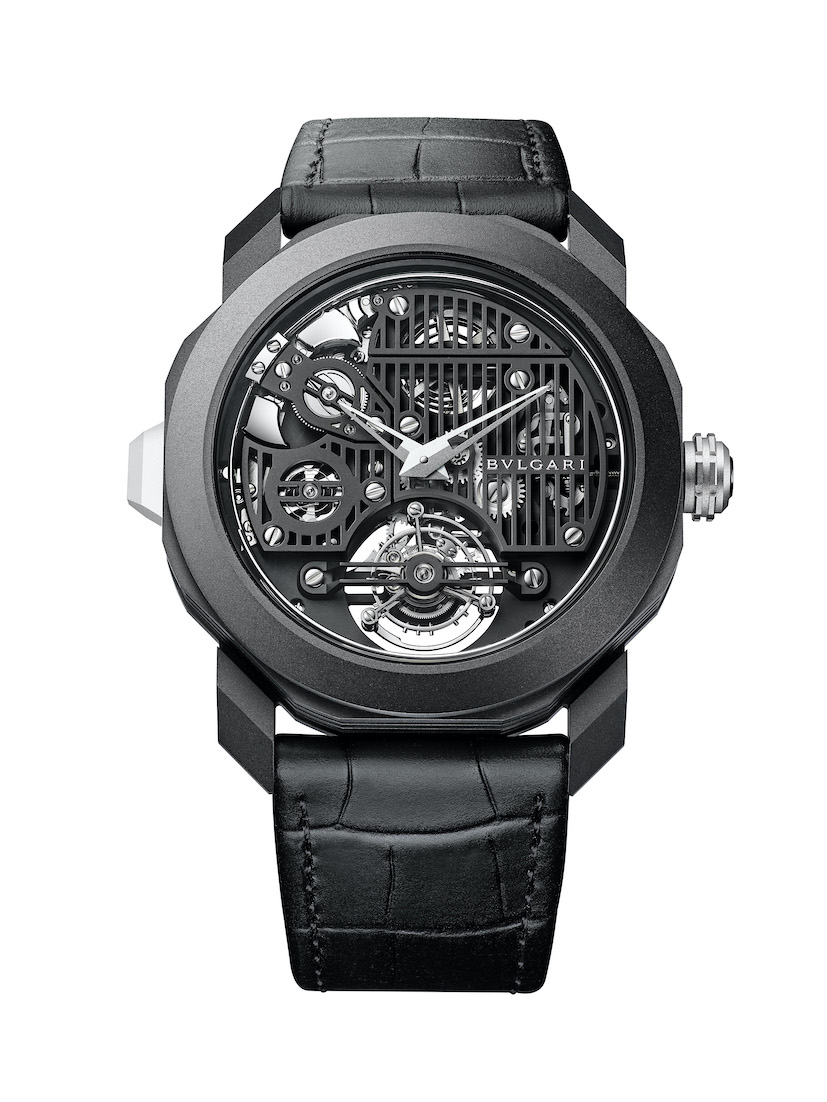 The legendary Roman house of Bulgari has always been about design, quality and exceptional beauty when it comes to jewelry. In fact, since its founding in 1884 in Rome by Greek silversmith Sotirio Bulgari, the brand quickly established itself as a maker of exquisite jewelry. Over the ensuing decades, its sterling reputation brought some of the most famous celebrities and royalty from around the world to the brand, which branched out from jewelry to other categories, including women’s watches, and eventually men’s watches, too. Recently, in a private interview with Bulgari’s CEO, Jean-Christophe Babin just around the show season, we learned that if it weren’t for women, Bulgari may not have made men’s watches.

“Bulgari is a jewelry house first, and only a few other brands have the advantage of coming from the jewelry side,” says Babin. “We don’t shrink a men’s watch into a ladies’ line, we make beautiful jewelry watches for women.  It is in our jewelry DNA.” 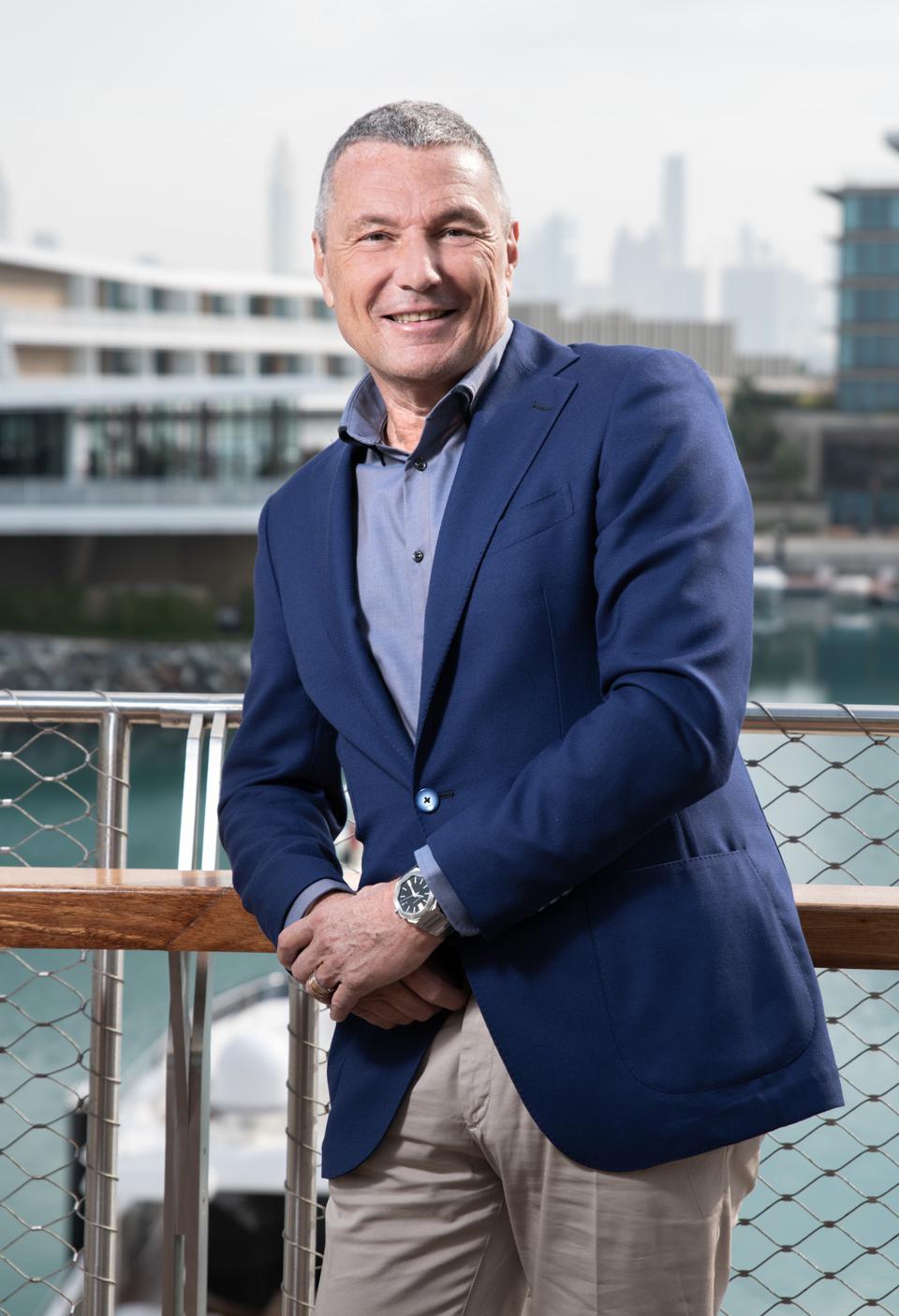 In fact, decades ago, most watch brands creating timepieces for women simply took their best-selling lines, made them smaller, added some color and put a smattering of diamonds on them (the old “shrink it and pink it” concept) to market to women. Bulgari, though, took its concept of creating jewelry for women and translated it into watches. Prime examples include the seductive Serpenti, made with a Tubogas bracelet that curves around the wrist in a sensual manner. The watch, with a serpent-shaped head that serves as the dial, was created expressly for women, and diamond and gemstone adornments only enhanced it – making it one of the most iconic and legendary watches of the past century.

The line has continually evolved, and Bulgari has added a host of other lines for women throughout the past half-a-century-plus years. During the 1950’s and ‘60’s, when film studios were using Rome as the backdrop for so many movies, celebrities such as Elizabeth Taylor, Audrey Hepburn,  Ingrid Bergman, Grace Kelly and others spend a lot of time at the boutique on Via Condotti and the creations they purchased or were gifted by their significant other often showed up on the big screen.

“Bulgari starred in many films in those Dolce Vita years,” says Babin, noting that the brand continues to grace the big screen. “I think today it is fair to say that in watches we sell two-thirds women’s watches and only one-third are men’s. This is because when women think beautiful jewelry and watches, they think Bulgari.” 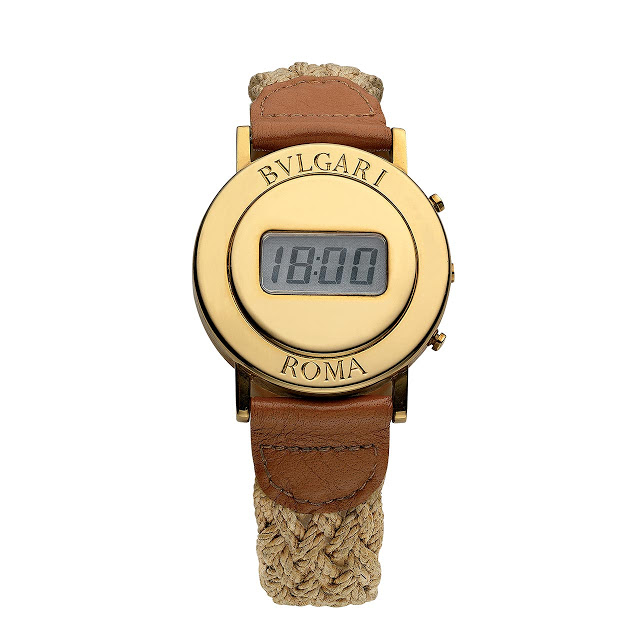 In fact, it wasn’t until about 1975 that Bulgari opted to create men’s watches. “The men were the buyers back then. They would bring their wives or girlfriends to the boutiques and let them try on all the jewelry they wanted. But we noticed that while the women were trying on jewelry, the men were bored to hell,” says Babin. “So, we came up with a gift for the men who were patient and that was when we came up with the first Bulgari Roma watch. It was an 18-karat gold digital watch, which was very daring in 1975. But that was the grandfather of the 1977 Bulgari Bulgari watch, our first real men’s collection.”

The 1977 Bulgari Bulgari watch – with the name of it engraved on the bezel, like the Bulgari Roma digital watch had featured  — became an immediate success. Within a few years, the brand established the Bulgari Time S.A. division in Switzerland to build watches.  So, if women didn’t love jewelry the way they did and if men weren’t bored out of their minds, would Bulgari ever have created a men’s watch? Most likely; but it would have taken longer. 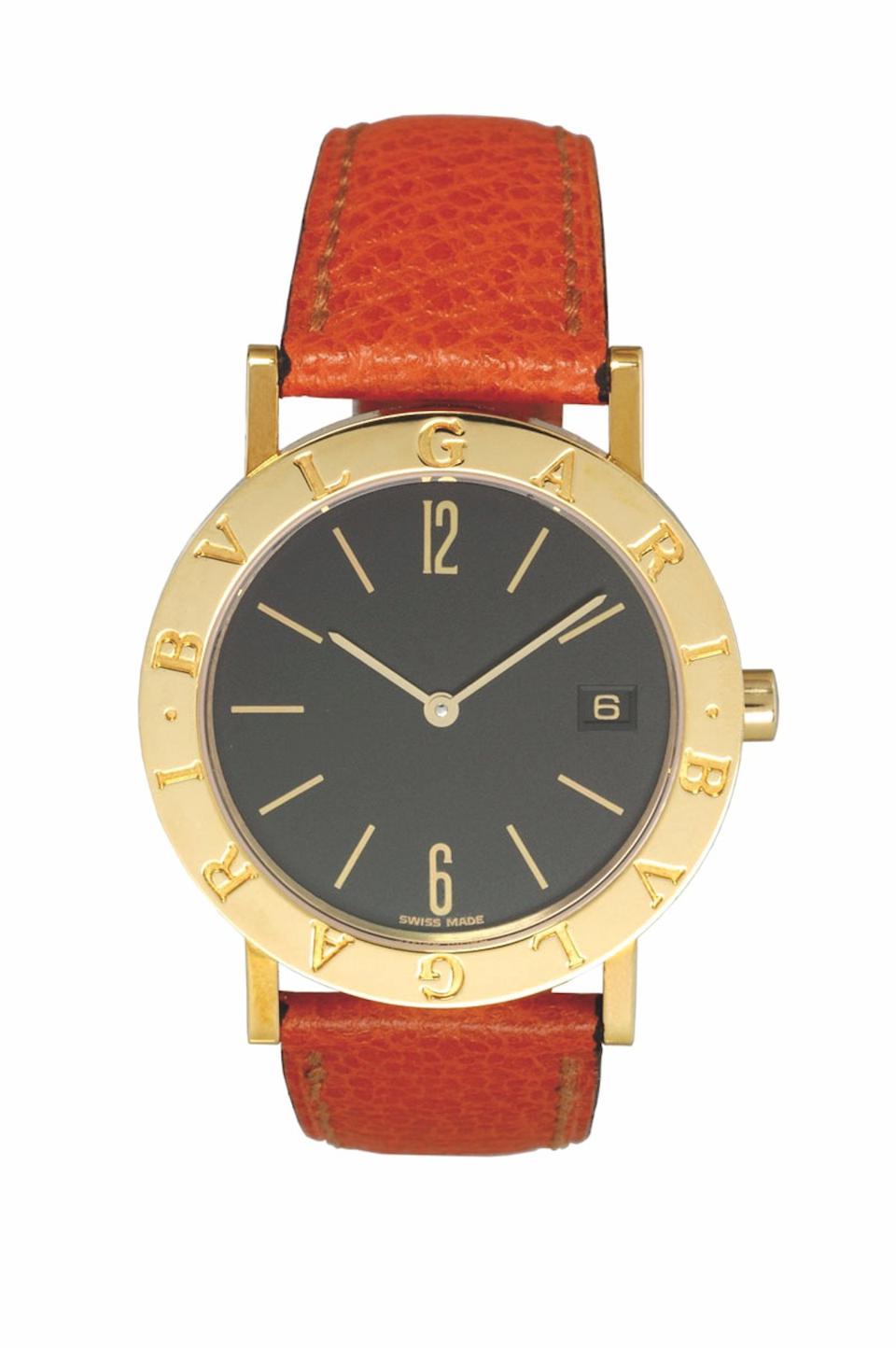 According to Babin, women and their role in luxury has come a long way since those years. “In luxury, one of the major revolutions of the past two decades is the woman really coming into power,” says Babin. “Women are not just working in high positions, they’re also buying themselves luxury pieces. They’re spending their money on themselves, and that is good.”

Bulgari continues to be a leader in the women’s watch world and this year unveiled a host of stunning luxury watches for women, including the Serpenti Spiga, which has – for the first time – diamonds set on the wraparound bracelet for the ultimate jewelry timepiece. The brand also releases some stunning and colorful Divissima and Allegra Cocktail watches and unveiled the pièce de résistance: the Serpenti Misteriosi Cleopatra bangle watch.

A master of color, Bulgari adorns a large 18-karat rose gold bangle bracelet with nearly 4,000 diamonds interspersed with fancy hexagonal-cut faceted colored stones of citrine, amethyst, aquamarine, tourmaline, tanzanite, peridot and a rubellite. The intense color is mesmerizing. But Bulgari doesn’t stop there, beneath the transparent rubellite is a watch dial, powered by a quartz movement. This unique piece weighs more than 50 carats – demonstrating Bulgari’s exceptional high-jewelry craftsmanship. In fact, it takes more than 400 hours for the gem setter to place all the stones into position. 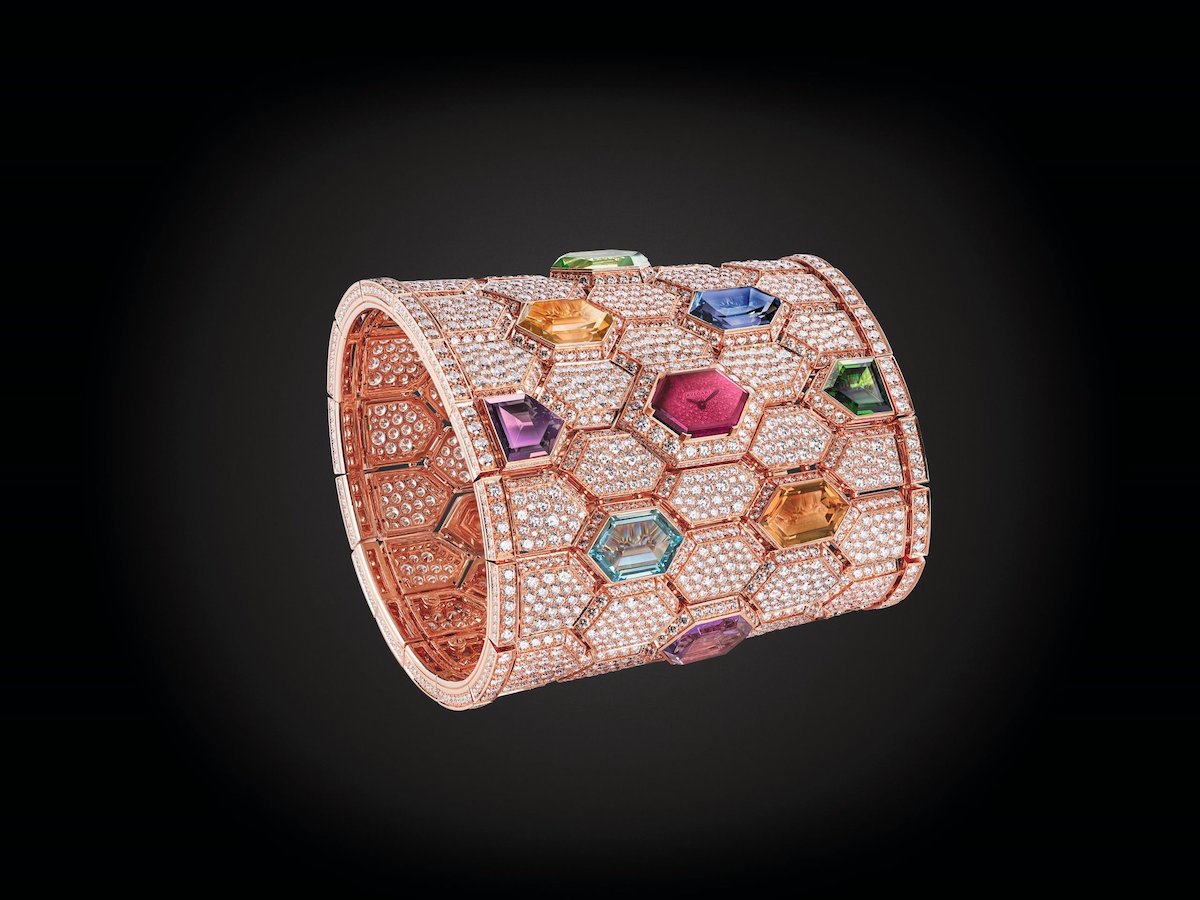 It is pieces like this that elevate Bulgari’s status as a jeweler and that underscores its continued growth. According to Babin, the brand is making moves and opening additional stores beginning this year. “We will have many retail openings because  last year we postponed projects. We will open, renovate or relocate eight stores this year. We also grew from being present in eight countries to 17 countries with the e-commerce we started in 2020 because of the pandemic. This was a big deal for us because we now cover 85 percent of the world market. With e-commerce, we can reach many more clients than in the past, and we expect to intensify that effort this year. Our hope is that e-commerce will be our number one store by 2023 or 2024.”

(This article by Roberta Naas first appeared on her column in Forbes.com)