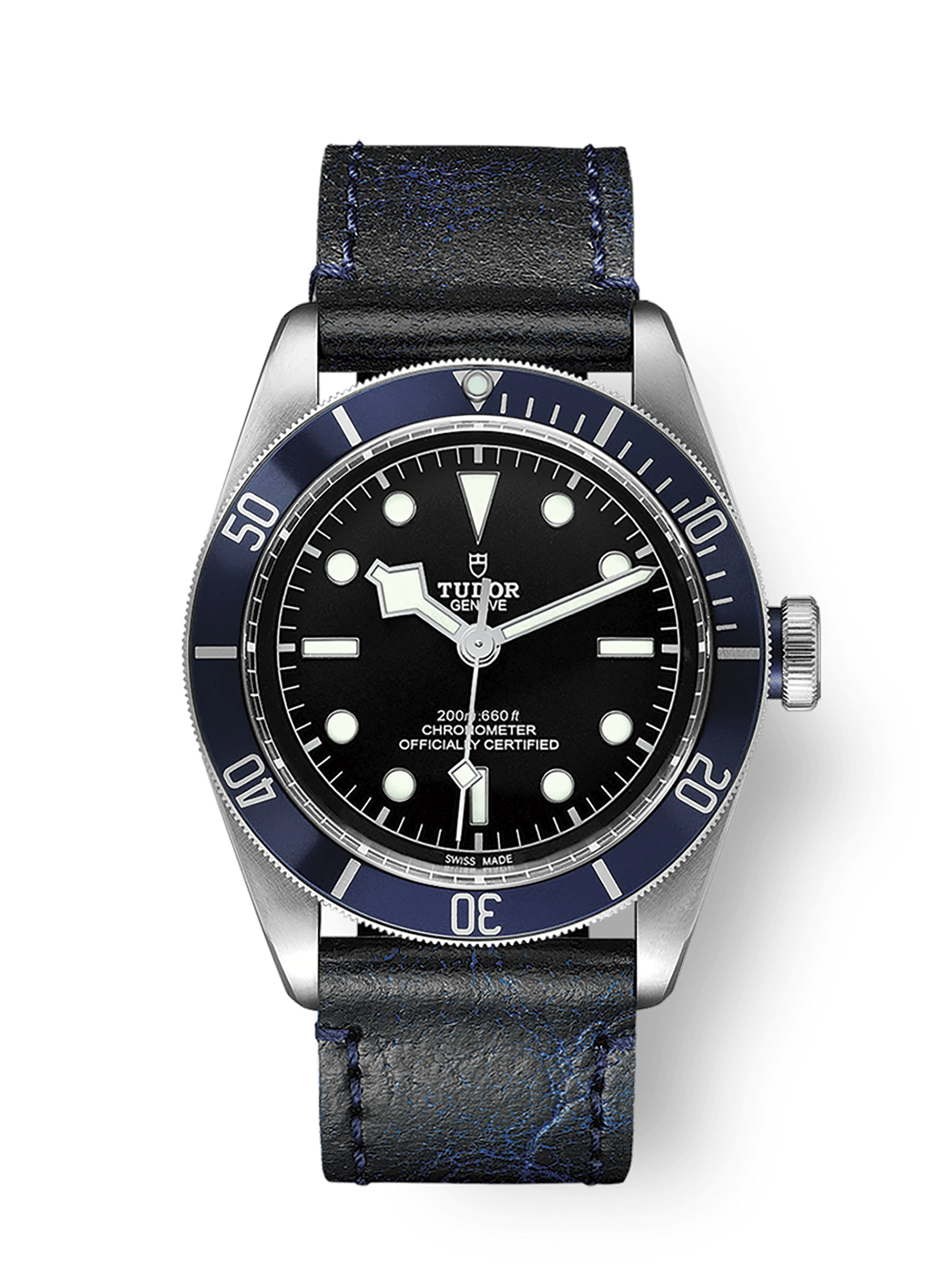 With so many watch aficionados beginning to build their watch collections, we are witnessing a surge in prices and a dip in availability across many brands and platforms.  Whether you are looking to buy new or used, you may have a hunt on your hands. The key is to be patient and always troll the marketplace. Another key is to chock your newly found passion of watch collecting with some great opening price-point quality/value timepieces that are perfect for a daily wear. Such is the case with the Tudor Black Bay collection of watches. An incarnation of the brand’s 1950’s Submariner, the Black Bay line was introduced in 2012 and met with a cult-like following that seems to continually lust after the newest editions.

The Tudor brand name dates back to 1926, when Rolex founder Hans Wilsdorf requested the name “The Tudor” be registered as a brand. “It was Wilsdorf’s dream to offer the quality and reliability of Rolex watches but at a more attainable price than Rolex. Still,  Wilsdorf did not take ownership of the name until 1936 and did not create the Montres Tudor SA Company for another 10 years. It was in 1946 that the brand became a reality. Prior to the company being established formally, though, there were Tudor-signed watches being made. Once Montres Tudor SA became official in 1946, Wilsdorf arranged for Rolex to guarantee the technical aspects, as well as the distribution and service. Young Tudor was to gain significant benefits from Rolex.” 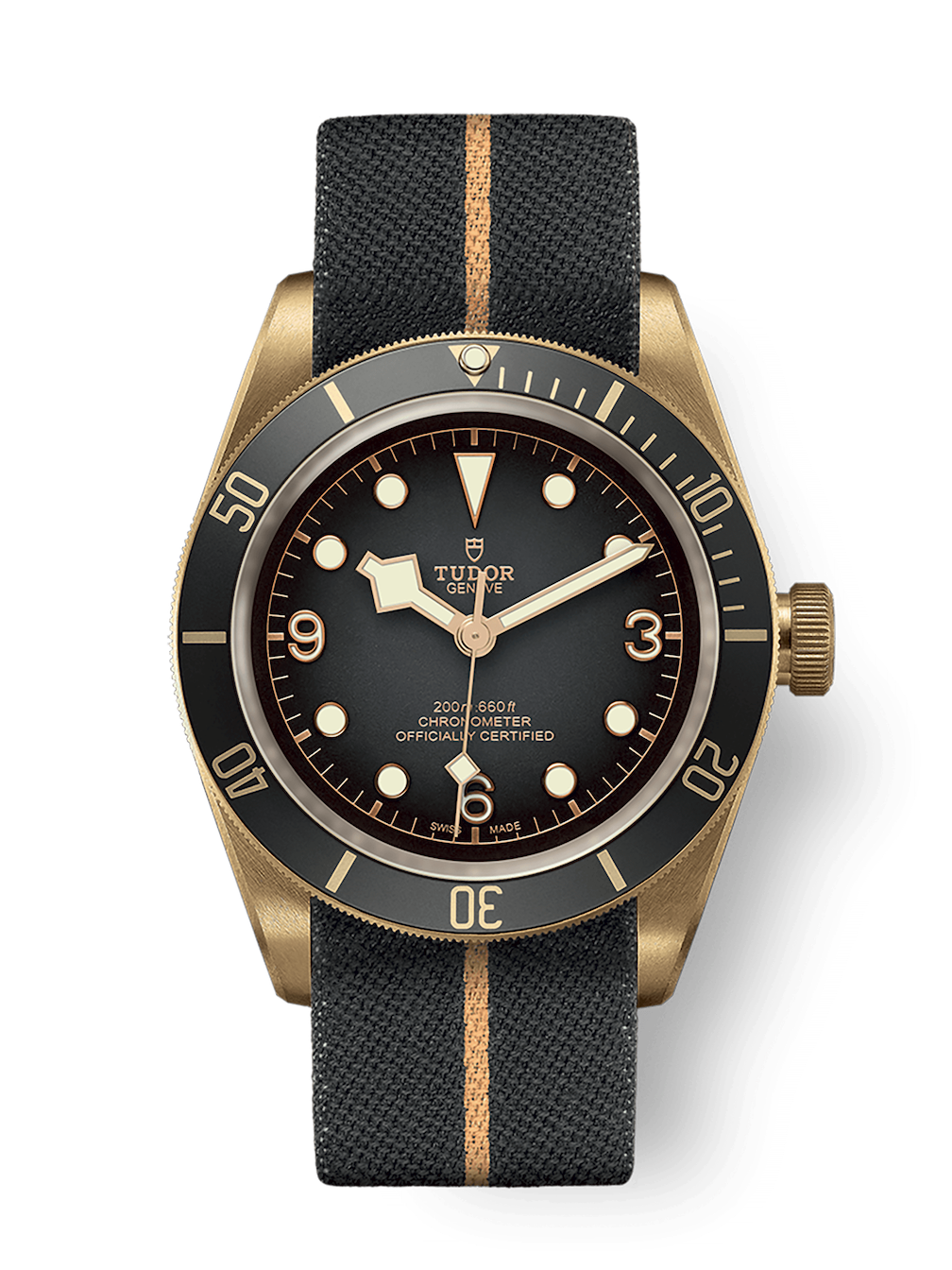 Tudor swiftly branched out, creating top-notch sport watches. In 1954, it unveiled the reference 7922 Submariner watch. A dive watch created for professionals and recreational SCUBA divers, the Submariner fast became an iconic watch. Evolutions witnessed certain signature elements emerge such as oversized crowns and, later, crown guards. In 1969,  the Submariners adopted the luminous Snowflake hands that were broader and had a snowflake-like large tip on the seconds hand.

When modern-day Tudor opted to create its now famed Black Bay watches, it returned to the beloved Reference 7922 Submariner that started it all. This was the inspiration for the Black Bay and its subsequent renditions: Black Bay Blue, Black Bay Bronze, Black Bay GMT and others. In fact, today’s Tudor Black Bay is the culmination of the brand’s 60 years of diving history. 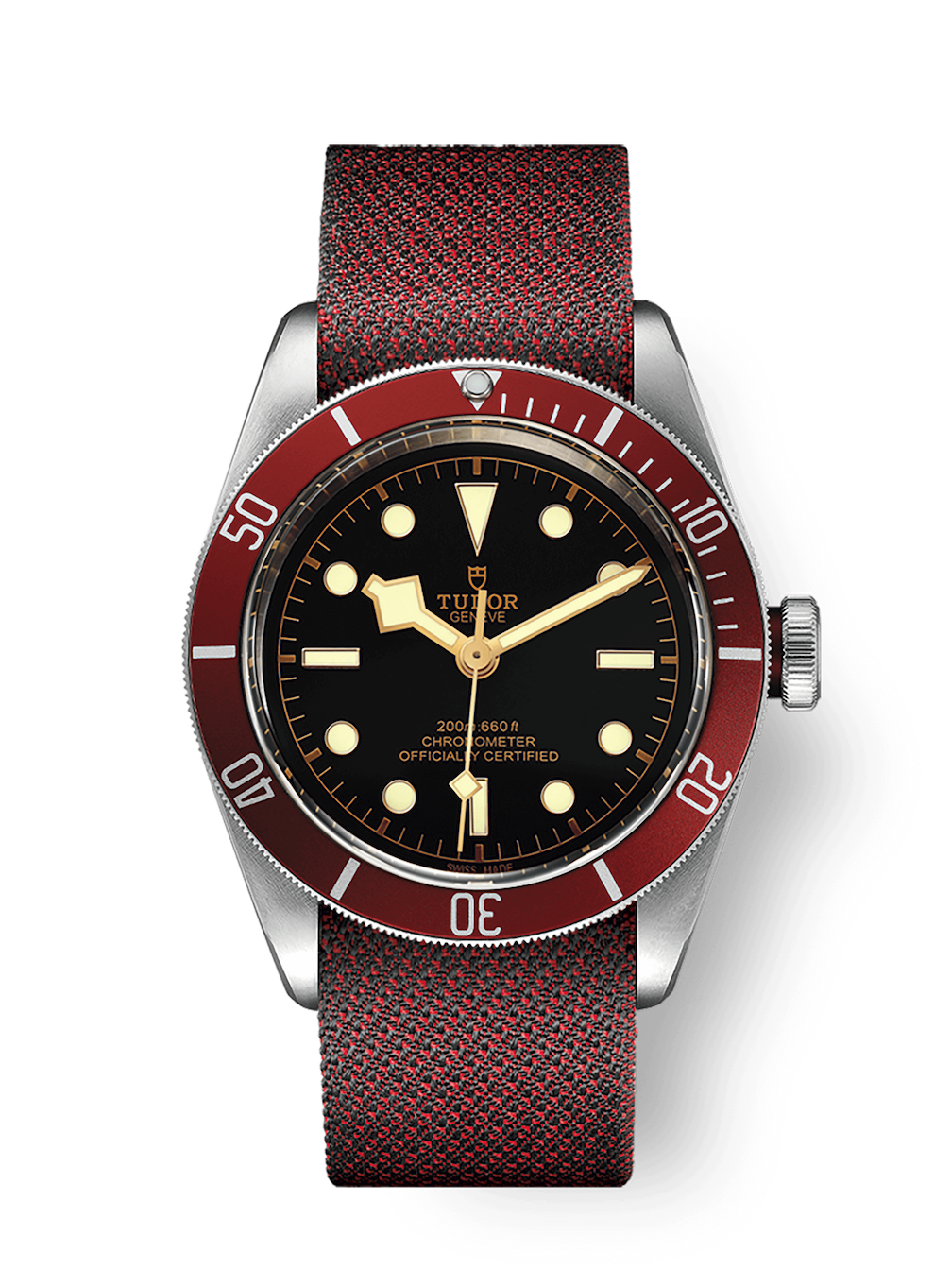 Today, Tudor watches still enjoy some of the benefits of sister brand Rolex, especially when it comes to materials and technical advances. But it operates as a totally independent brand. Black Bay watches typically feature oversized crowns and snowflake hands,  as well as rotating dive bezels in colors defined by their name: Black Bay Blue, Black Bay Black, Black Bay Burgundy,  etc.  These watches are powered by mechanical movements made in house by Tudor.

One of the standout series in this dive realm is the Black Bay Fifty Eight that pays homage to the first Tudor watch that was water resistant to 200 meters. It was introduced to the world in 1958, as the name of the new seriessuggests. It is equipped with a unidirectional rotating bezel and a manufacture-made, COSC-certified chronometer movement. Water resistant to 200 meters, this version is among the most sought-after Tudor Black Bay watches on the market. 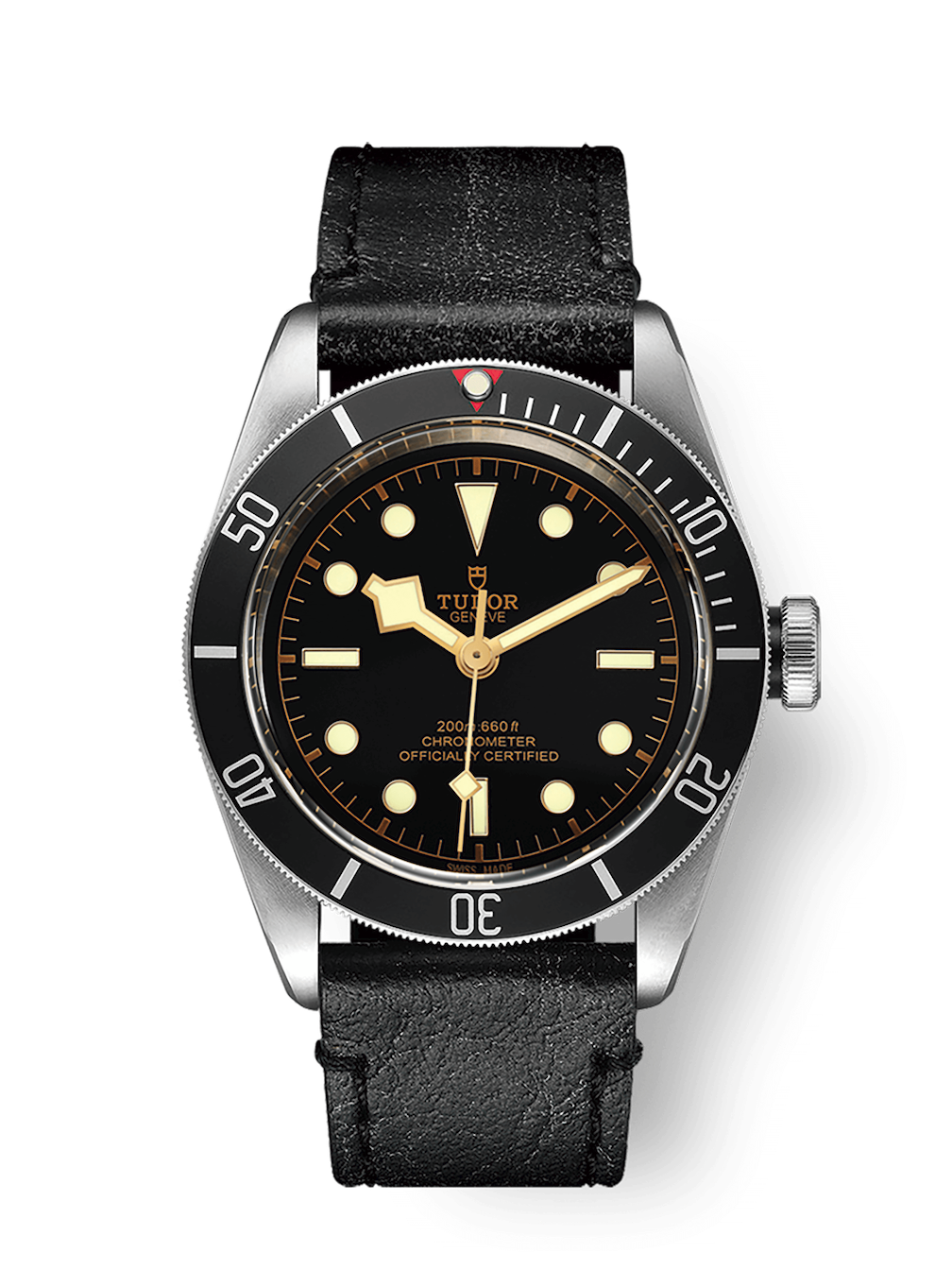 Tudor Black Bay watches are COSC-certified chronometers and are water resistant to 200 meters.

While Tudor has its own manufacture today, some still believe that the watches and movements are made by Rolex. The sibling companies do share some materials, for both cases and movements, but Tudor has established its own in-house caliber. This makes it highly desirable because in a sense, buyers are getting the best of both worlds (and brands).

The average cost of a new Tudor Black Bay — depending on the style — ranges from about $3 500 up to about $5,000. A used Tudor Black Bay may come in for a little bit less, but not always, especially in today’s extremely popular pre-owned market. Naturally, the prices of used or secondhand Tudor watches rely on supply and demand. When demand is high and supply is low, which has become the case in recent years, the  right Tudor Black Bay will hold its value. 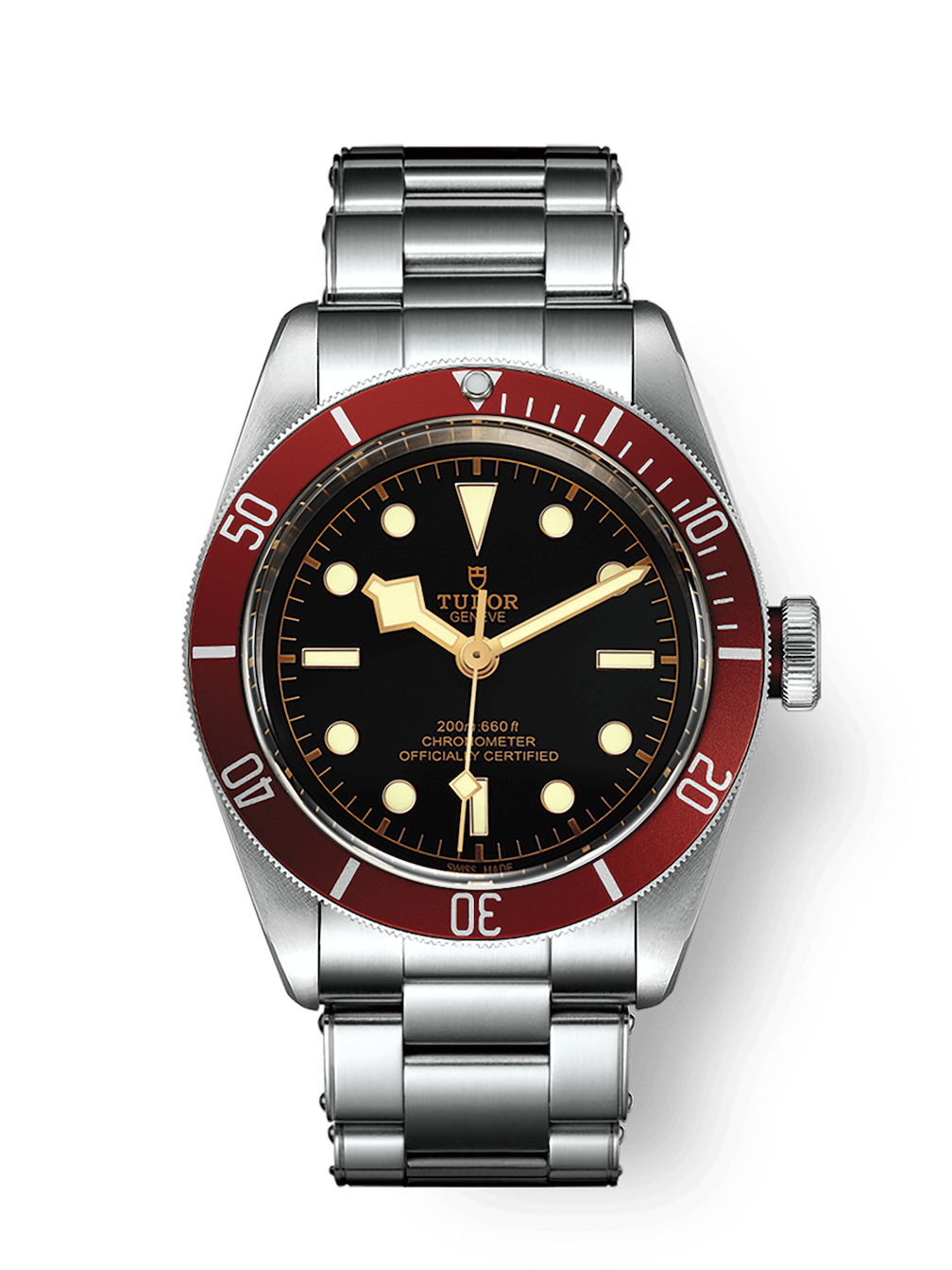 (Portions of this article by Roberta Naas may have previously appeared on line.)