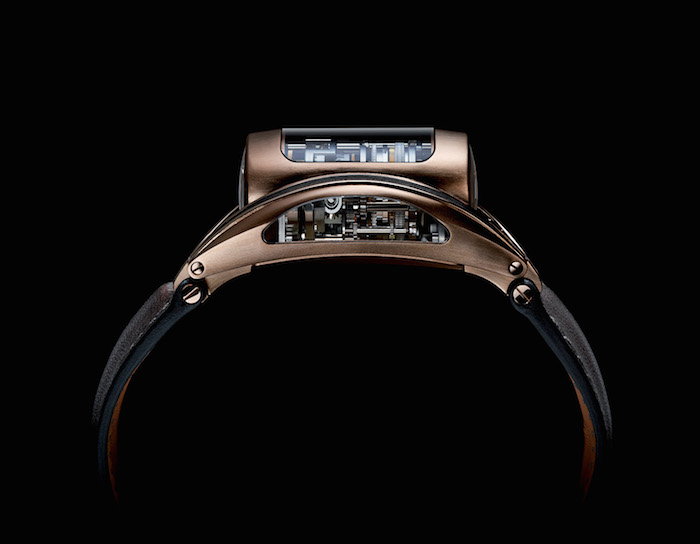 This past weekend at the Monterey Peninsula’s Classic Car Week, precision and luxury were celebrated by many with famous cars and even some famous watches. We brought you details of the weekend earlier this week, here.  During that weekend, Parmigiani – who has had a long-standing relationship with Bugatti – unveiled its newest Bugatti watch, the Mythe. The new Bugatti Mythe watch — the first of three – is created in celebration of the brand’s 10th anniversary of the partnership with Bugatti. The watch joins the long series of limited edition watches made by Parmigiani Fleurier over the past decade to celebrate the car whose name it bears. Watches such as the Bugatti Type 370, Super Sport, Atalante, Vitesse and Aerolithe watch models from top Swiss watch brand, Parmigiani Fleurier. 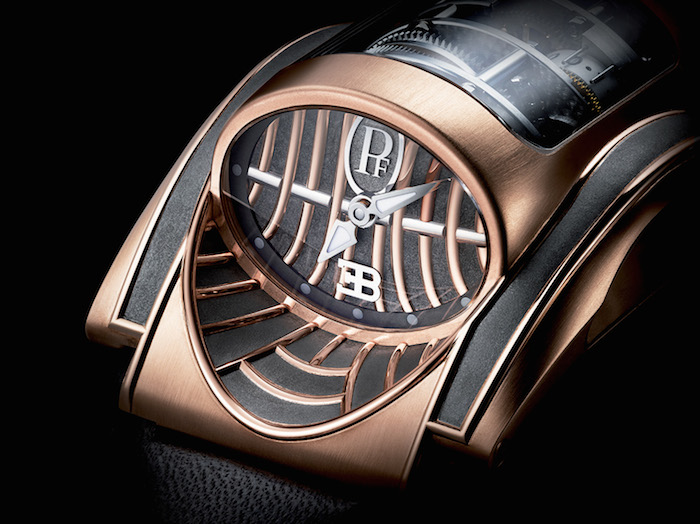 The Parmigiani Bugatti Mythe is crafted in 18-karat rose gold and the dial emulates the car grille.

With the newest piece, Parmigiani combines inspiration from the legendary Type 57 grille and combines it with classic touches. The Mythe moves away from the high-tech materials used in other Bugatti watches, and is created in 18-karat rose gold. Its design– based on the Type 57 grille that graced the first Bugatti cars – is perfectly Art Deco inspired; the lines on the watch dial echo the style of the grille. 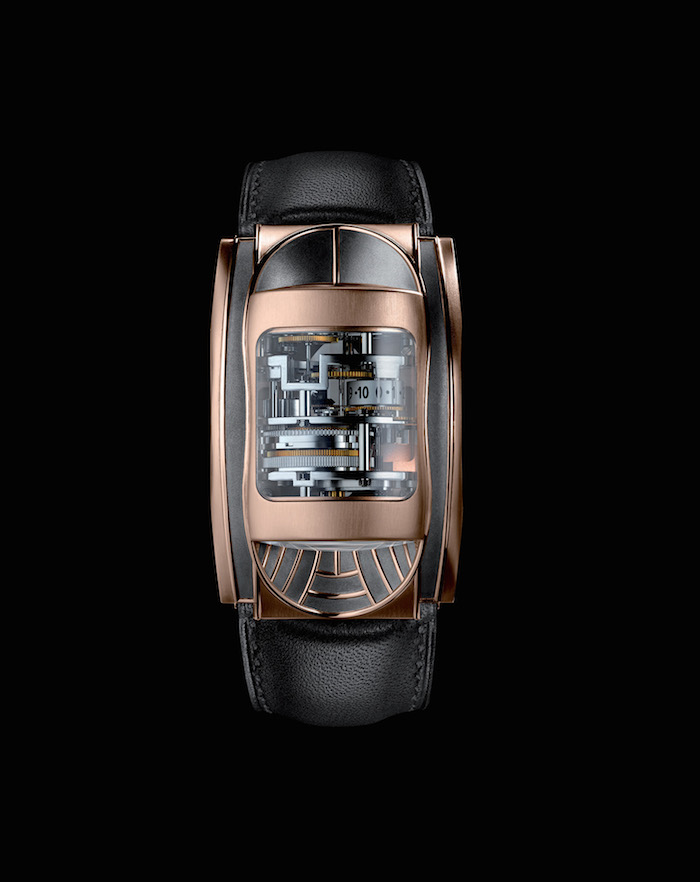 Parmigiani Bugatti Mythe, celebrates the 10th anniversary of the partnership between these brands.

The Bugatti Type 370 Mythe houses the Caliber PF370 manual-wind movement, with dynamometric starter. It has the power reserve indicator on the side of a rotating drum and offers an impressive 10 days of power reserve. It beats at frequency of 21,600 vph. The Mythe is equipped with a sapphire crystal, caseback and side windows and is engraved with the limited edition series number on the caseback, as well as the tribute to the relationship via the phrase: “2004-2014 Modele Unique.” Finished with a black calfskin strap from Hermes, the watch is expected to retail for about $430,000.

Later this year, two more anniversary limited edition pieces – the Bugatti Victoire and the Bugatti Revelation — from Parmigiani Fleurier will make their debut.