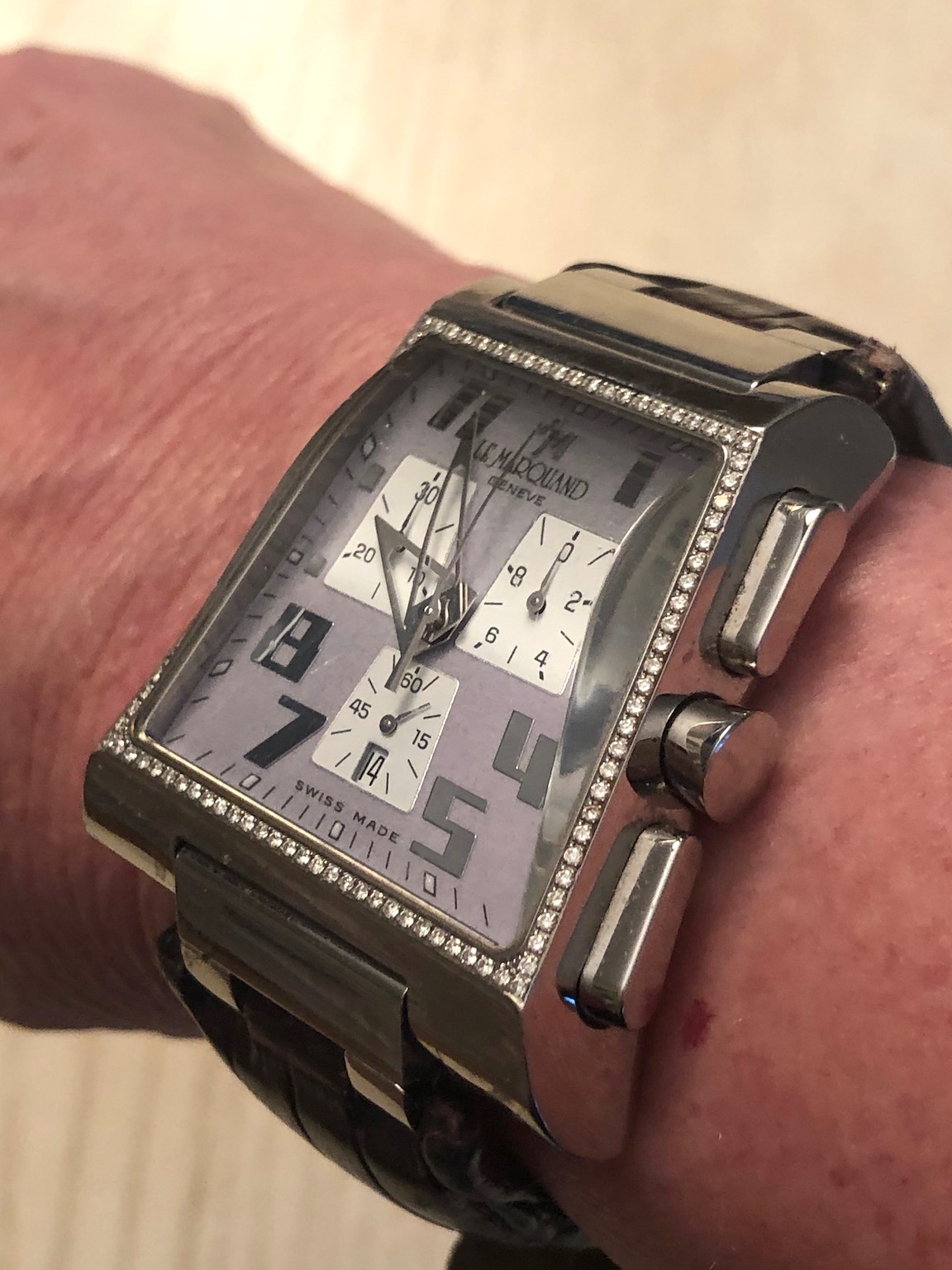 Earlier today on Instagram, I posted a video (which you can see below) about one of my vintage watches:  the Audace from Andre Le Marquand, circa late 1980’s – 1990. I had joined the watch industry around 1985 – becoming the first female watch journalist in America. My first Baselworld shows were like being in a huge playground and I was meeting everyone and learning so much. I was fortunate enough my first year there to meet Andre, a terrific designer with a fantastical sense of vision. We hit it off immediately, and I actually even started doing some writing for his brand. What I loved most about him — personally — was his creative verve and his enthusiastic personality. What I loved most about the watches: their size and shapes were ahead of their time.

The Rise of Andre Le Marquand

It was an interesting era in the watch world because quartz watches were still all the rage, and big watches were making their first real headway.  Andre, an artist and architect by trade, always had his own unique sense of design. By the late 1960’s, he was working with Catena Bulle in Switzerland, which had retained him to create something truly exceptional in the watch world. The result was the unique Spaceman watch that made its debut in 1972 as a futuristic oval timepiece that was definitely flying saucer in style. Inspired by an astronaut’s helmet, the first watches were issued in six different colors, and they sold all over the world.

By 1974, the second Spaceman watch made its debut- this one rectangular in shape and called Spaceman Audacieuse. The watch was created with a raised crystal and asymmetrical case, and some even featured a back-light dial component that displayed vertical bars on the dial for added effect. Over the course of a single decade, more than 150,000 Spaceman watches were sold.

I believe that Audaciuse piece was also the inspiration for the Audace watch that I fell in love with. To this day, I am proud to own an Andre Le Marquand watch, and particularly the Audace  — a three-dimensional piece that couldn’t help but make a statement on the wrist. Remember, this was an era where raised crystals and dome-shaped crystals were unheard of. When they were present in a watch, you knew it was a piece designed by a true artist. 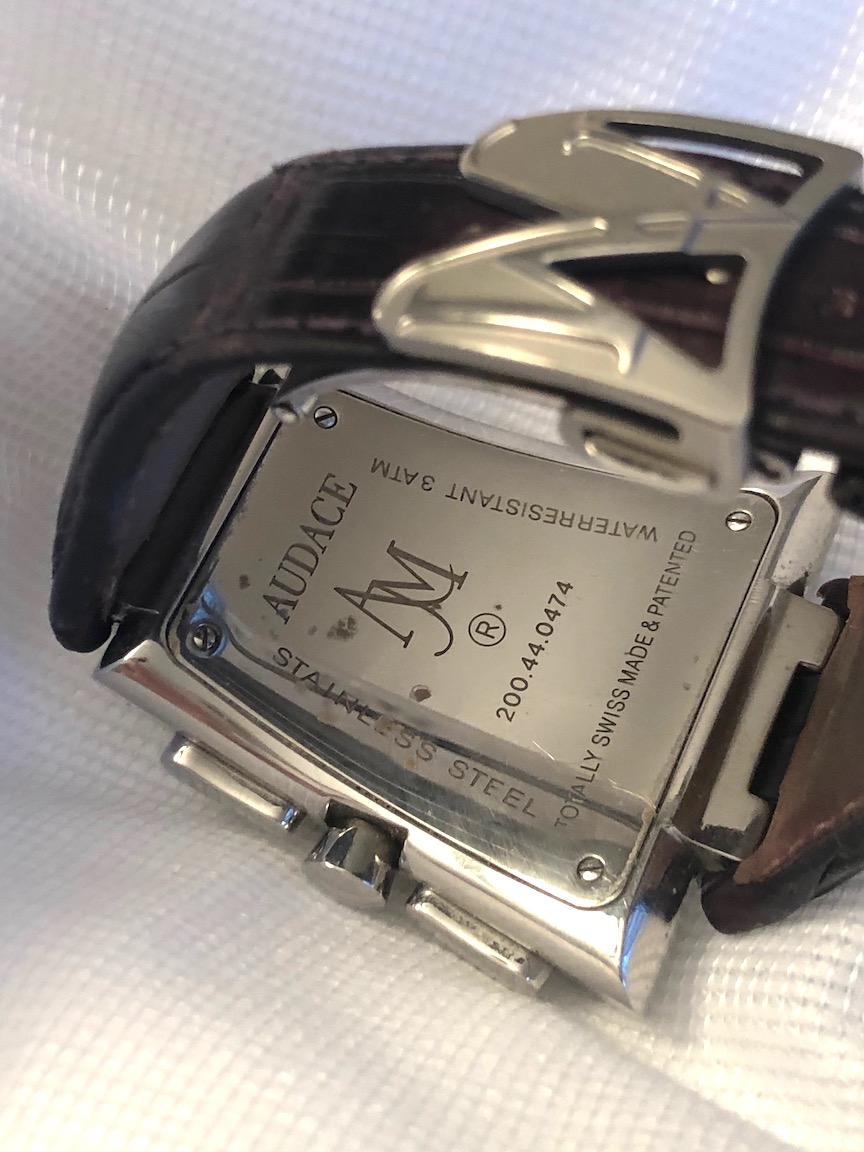 The Audace has a wonderful geometric shape with curved crystal and bold allure. My watch is even more alluring because it is crafted in steel with a lavender  chronograph dial and a bold purple crocodile strap – exactly my colors. I love it and I wear it often. Even though it is quartz, it makes me feel good to remember him and the creative watches he built. I am so glad I didn’t pass up the opportunity to buy this watch because I think if i hadn’t – it may well have been the one from my early career that got away. Check out the auctions — if you have any luck, maybe you’ll find an Audace, a Spaceman or maybe even  a Half-moon. 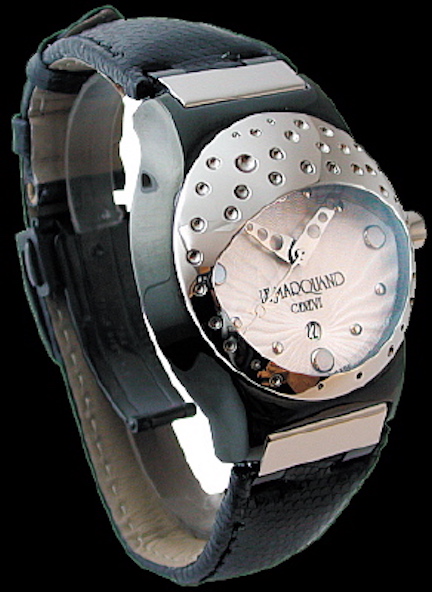