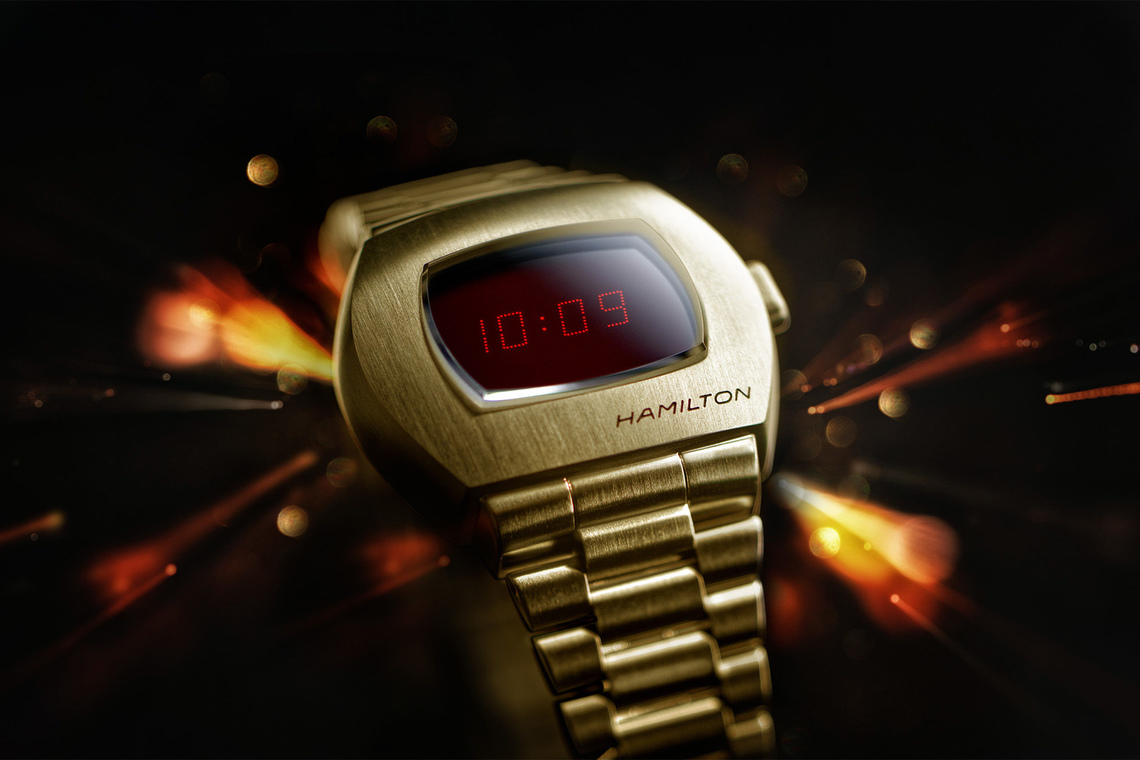 For people who need a little break from the world news, we have something really “back to the future” for you. Hamilton has revived its famed and beloved original Pulsar digital watch from 50 years ago and introduces the space-age Hamilton PSR — its sort of like the Jetsons meet Star Wars.

Back in 1970, Hamilton’s Pulsar offered digital readouts of time with the push of a button. It was, in fact, one of the first digital watches of the era — using LED (light emitting diodes) to showcase the numerals in bright red. Unveiled at a press conference in New York City on May 6, 1970, the Hamilton Pulsar (P1) was cool, space like  and futuristic looking.  It didn’t go into serial production until 1972, but then it fast became a hit sensation among celebrities and the population at large, leading a cultural revolution. 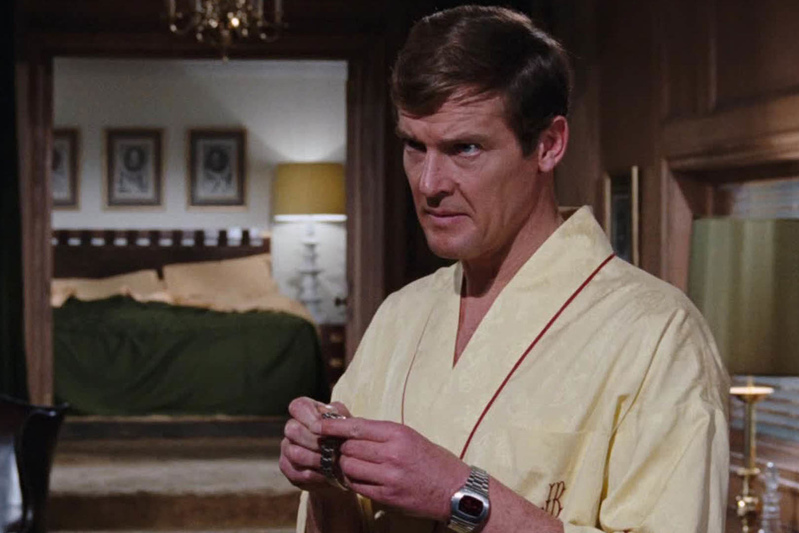 “The public received its first glimpse of the Pulsar prototype on the US TV program The Tonight Show, when host Johnny Carson demonstrated its unique functionality: pushing a button on the side of the watch made the time flash in red LED numerals on the dark screen, while holding the button for longer revealed the passing seconds. The watch could be set via a unique magnetic bar hidden in the bracelet.” 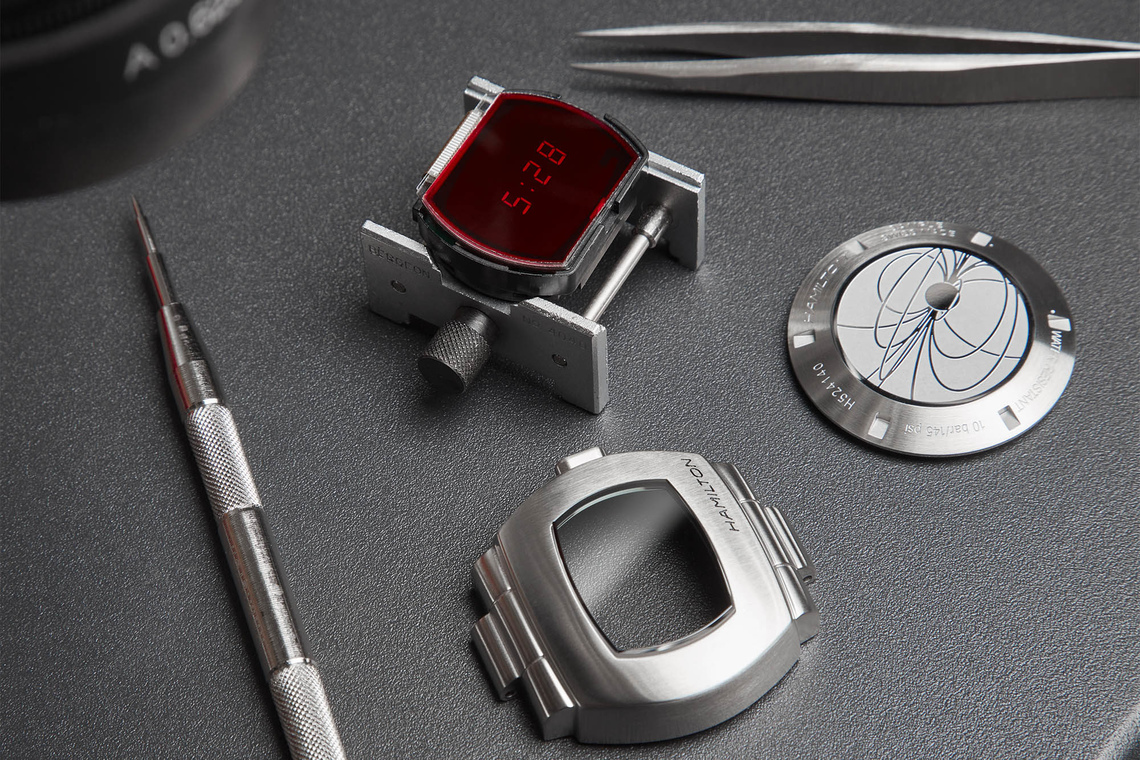 Created by the then American Hamilton brand in its workshops in Lancaster, PA, the Pulsar P1 was a sought-after item, even though it held a pretty steep price point of $2,100 . Elvis Presley snapped one up immediately. Its later version, P2,  was the watch of choice for Roger Moore  in his role as James Bond in the 1973 movie,  Live and Let Die.  Hamilton has always had a strong relationship with the world of film thanks to its edgy and innovative watches, so the Bond relationship was no surprise. 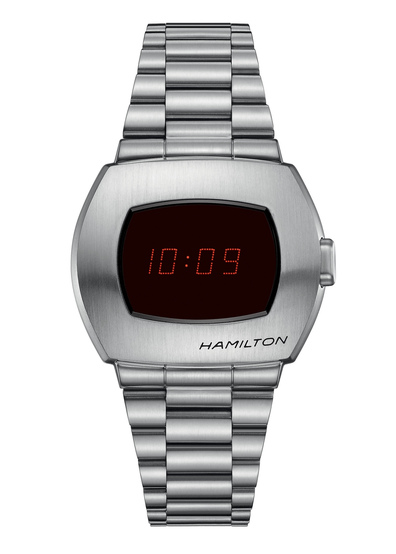 Now, to celebrate the dawn of that LED watch era and its game-changing Pulsar watch, Hamilton brings the new PSR to life. The watch uses a new hybrid display that mixes OLED (organic light emitting diodes) and LCD (liquid crystal display) technology to offer the bold red time indications. It is being offered in stainless steel ($745) or in a limited-edition steel version with yellow gold PVD  case ($995). Just 1,970 pieces will be made of the yellow-gold coated model.

The case has a cushion shape reminiscent of the P2 and measures just over 40mm in diameter. Like the originals, the new watch displays the time with the press of a button. However, the LCD addition enables a permanently visible display of the time without a backlight.With a digital quartz movement, the watch is water resistant to 100 meters.

Here, we bring you a quick video, courtesy of Hamilton: