Vacheron Constantin Rebuilds The Past With American 1921 Pièce Unique 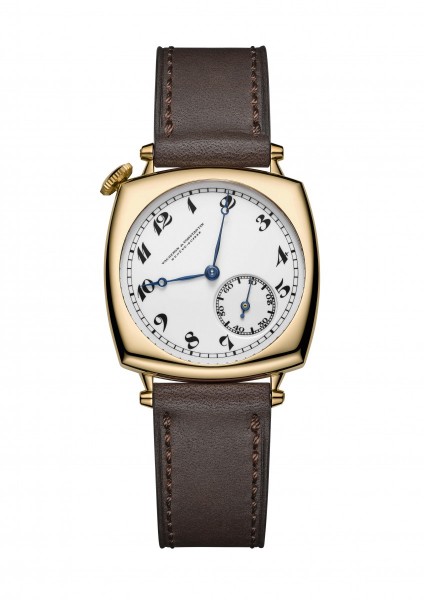 The 1920’s was a time of powerful social and political change, dramatically influenced by the economic boom that followed World War I. Often referred to as the Roaring Twenties, the Jazz Age or—mostly in Europe—the Golden Age Twenties, this period had lasting impact on the arts, culture and fashion. Wristwatches were no exception. Now, Vacheron Constantin unveils a unique American 1921 piece in honor of that glorious era.

The new American 1921 unique piece is a testament to the brand’s incredible Restoration Workshop prowess, its amazing archives, and its dedication to watchmaking. It is a story of “old meets new” in homage to the 100th anniversary of the American 1921 design.

Looking back, it was a time when men’s wristwatches were just beginning their foray into the mainstream, which had previously relied on pocket watches for time telling.  And Vacheron Constantin, in keeping with the ingenuity of the era, introduced a notable wristwatch near the cusp of the decade: the American 1921. Only 24 examples were produced, and just one of them is today part of Vacheron Constantin’s private collection. 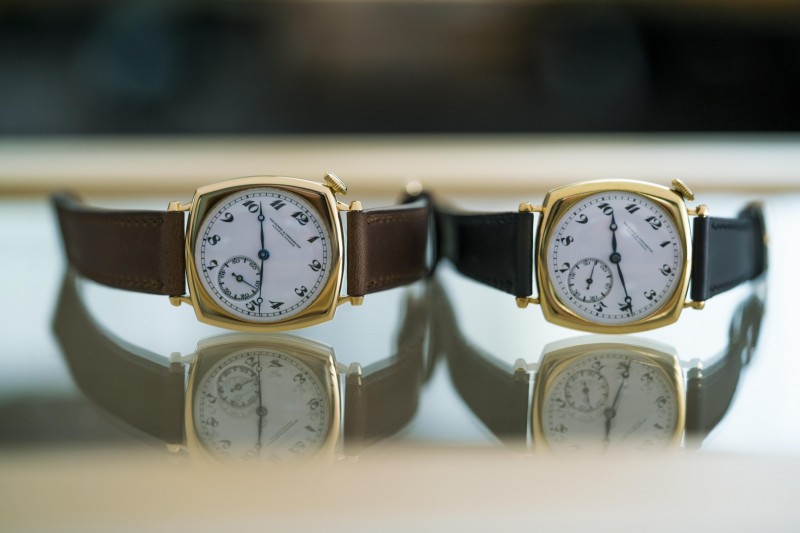 The new Vacheron Constantin American 1921 Pièce unique is not just a case replica, but an entire recreation of the vintage movement, as well.

Now, to mark the 100th anniversary of the American 1921, Vacheron Constantin is offering an invitation to revisit its storied past—which dates to 1755—to immerse oneself in the genius of an era marked by innovation and transformation. No, this is not a mere reproduction of a watch from years gone by. Rather, the American 1921 Pièce unique is a bridge between the past and the future, using Vacheron Constantin’s traditional skills to faithfully recreate the watch as if time stood still.

Engaging the maison’s Restoration workshop and Heritage department for a full year, the creation of the timepiece no doubt challenged the respective teams, each an inexhaustible well of information. The Restoration workshop alone, for example, preserves 800 machine tools, as well as substantial documentary and archival material serving to ensure that each creation is traceable to its origins. 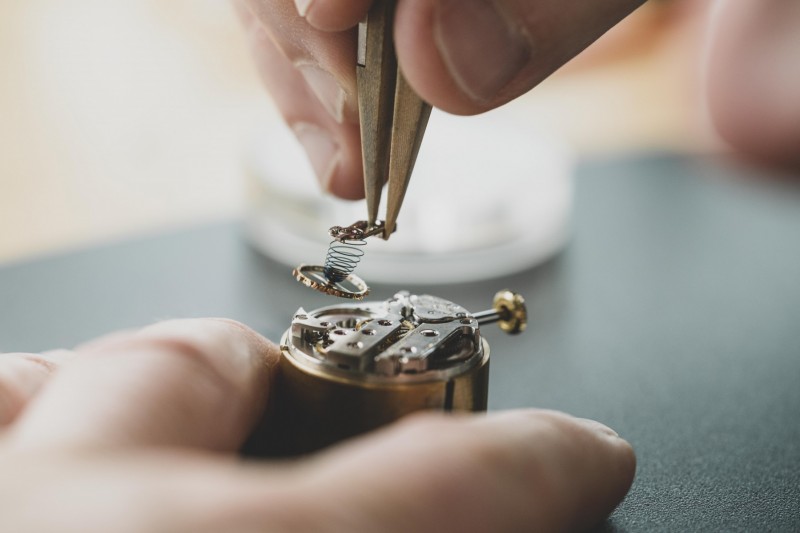 The making of the Vacheron Constantin American 1921 Pièce unique was more than a year in the R&D stages.

Building a Vintage Caliber For American 1921

The skill of the Restoration artisans is evident in their ethical considerations, combining a historian’s perspective with scientific analysis, drawing upon a considerable stock of components or indeed remaking them as necessary to remain true to the original. But never before had the artisans been called upon to rebuild a vintage caliber from scratch.

The process began by disassembling and examining every component of the original, the 11-ligne, 115-component manually wound Caliber Nouveau. Apart from the bridges and mainplate, which had to be recreated, the Restoration workshop’s stocks proved to be a goldmine for the artisans who had access to all the necessary blank parts. The faithfully decorated caliber also required making the settings for the jewels, hollowing out the metal by hand to the exact depth for each. 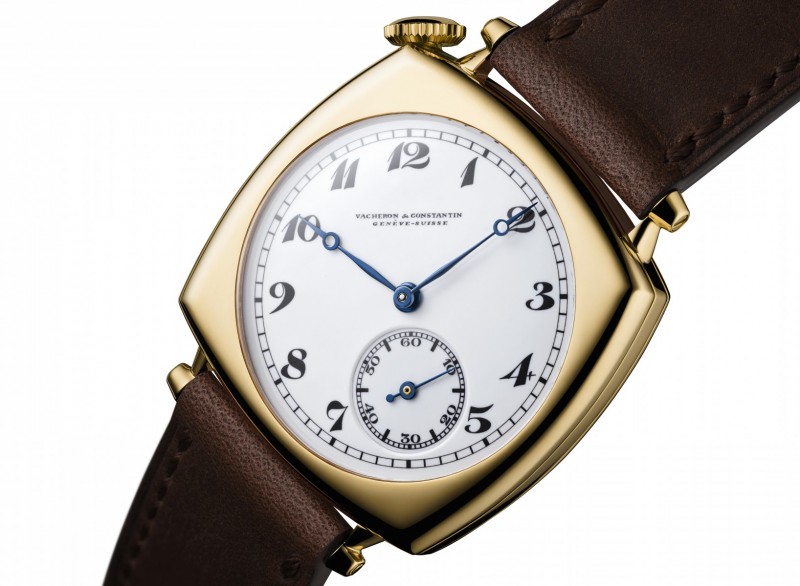 The Particulars of the Vacheron Constantin American 1921 Piece Unique

An accurate reproduction of the exterior of the American 1921 called for extensive research into the technical aspects of the original 31 mm yellow gold case. Some period components were available in the Restoration workshop, but others had to be entirely recreated. The case was crafted by a Restoration workshop goldsmith using the specific gold alloy used for the original model, and the pin buckle on the brown leather strap also uses the same alloy as the original.

The watch’s dial, in classic Grand Feu enamel, features a vintage logo and vintage numerals, and the slender open-tipped hands are hand-blued using the production techniques of the 1920s. The just-revealed American 1921 Pièce unique will be in the spotlight throughout the remainder of 2021 at Vacheron Constantin boutiques around the world. No word yet on if it will be made into a limited-edition production piece. 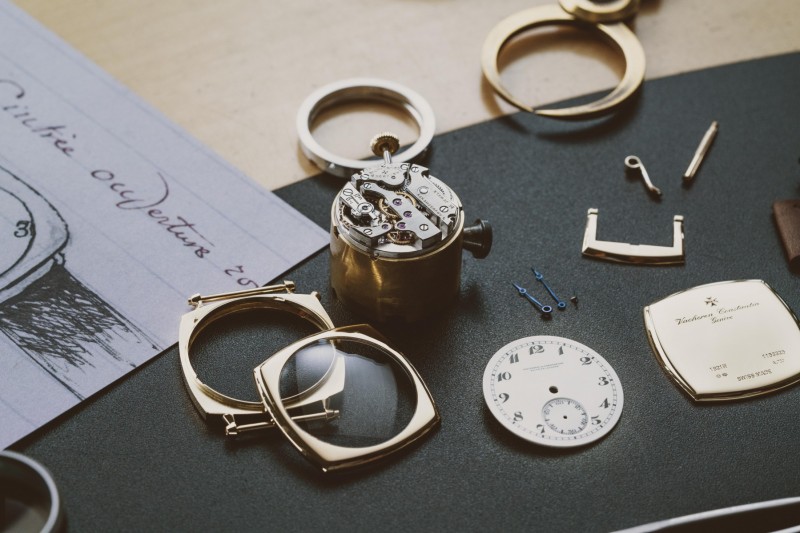 The project for the Vacheron Constantin American 1921 Pièce unique was entrusted to the brand’s heritage and restoration department.