Up Close with the Harry Winston Histoire de Tourbillon 6 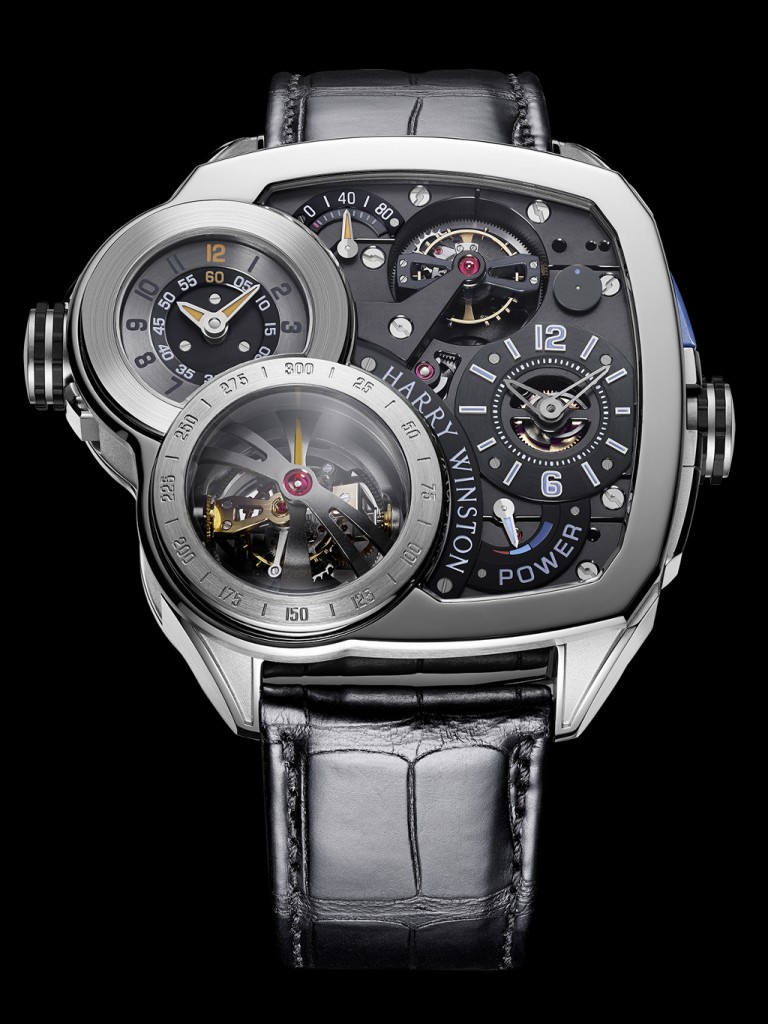 Harry Winston regularly wows the watch world with its innovation and technical prowess. This year, with the Histoire de Tourbillon 6, the watch brand once again pulls out all the stops with what is the brand’s most complex timepiece in the Histoire de Tourbillon line to date.  This year marks the release of the sixth watch in the series — and the timepiece, unveiled at BaselWorld 2015, is making its way to select stores now. Of course, it is so complicated to build that just 20 will ever be made. 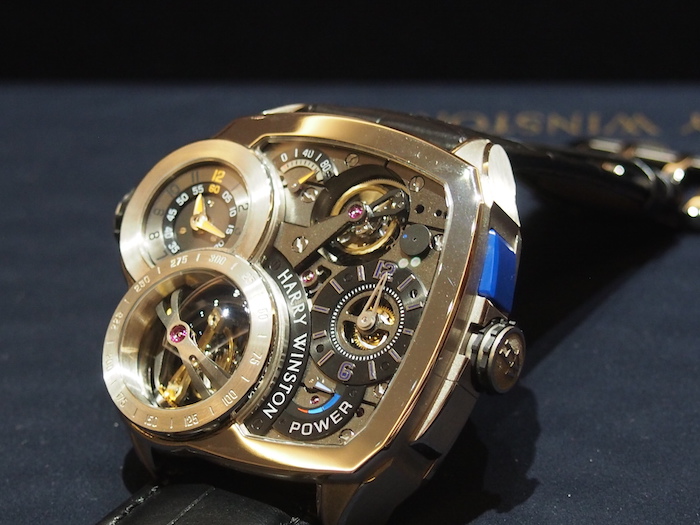 The watch is powered by a patented movement, the HW4701 caliber, with a massive 683 individual components. Among the functions and features: a tri-axial tourbillon, in which each of three axes rate  at different speeds and angles to ensure that it compensates for errors in timekeeping due to the effects of gravity on the watch in all positions. This escapement is housed on the left side of the watch at the 9:00 position and is protected by a domed sapphire crystal.

Housed in a 64mm case in 18-karat white or rose gold, the watch offers two different displays on the dial. The left side of the dial displays the hours and minutes (regulated by the tri-axial tourbillon) in orange, while the other side of the dial features hands that can be started, stopped and reset at will to act as the chronograph. This configuration also allows for a dual-time display accurate to the nearest minute. The watch also offers a carousel that rotate at 30 seconds. 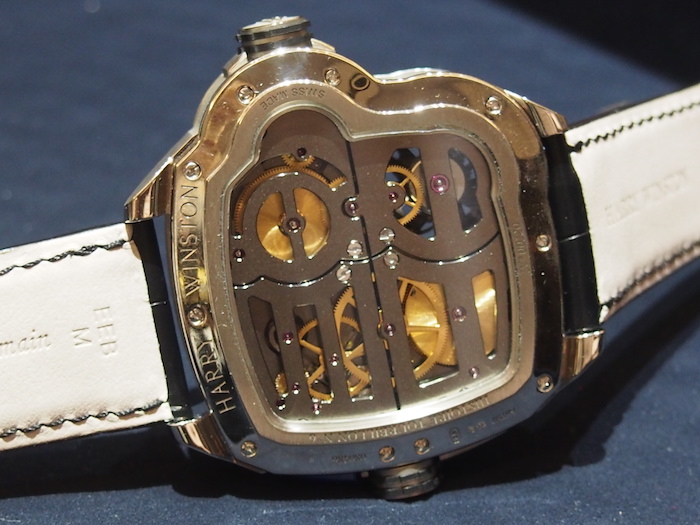