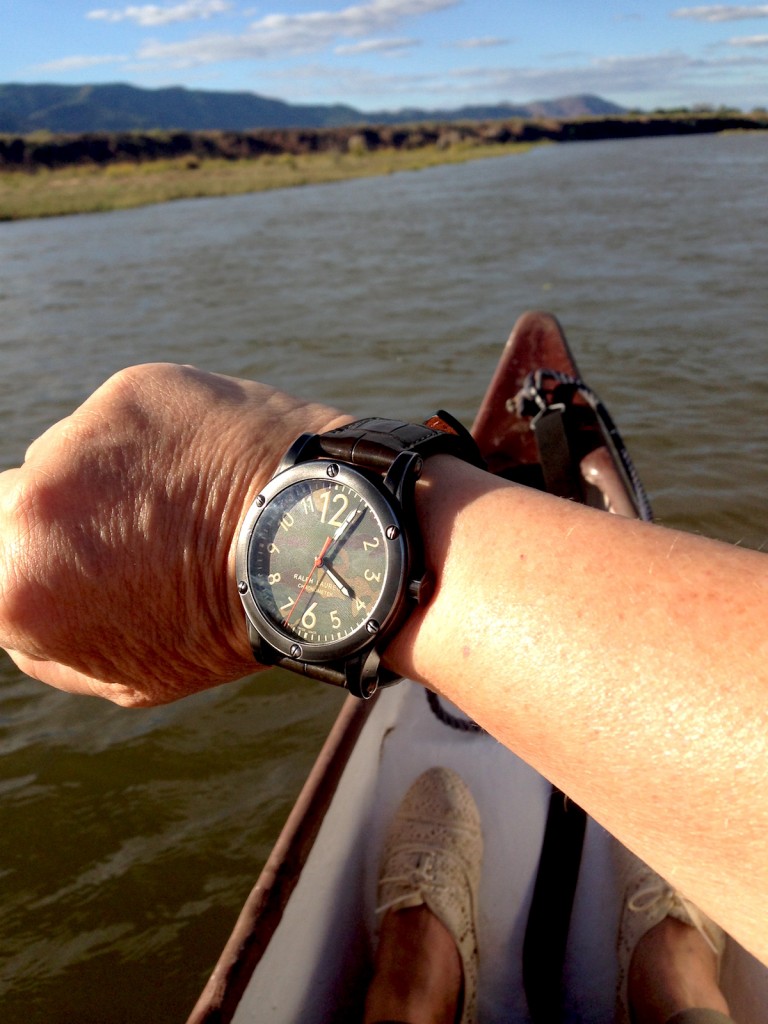 Canoeing in the Lower Zambezi with the crocodiles and hippos– oh, and with the Ralph Lauren RL67 Safari Chronometer Camo watch. (photo c: R. Naas)

For the thousands of readers who follow ATimelyPerspective, you already know from our many Facebook and Instagram posts that we just returned from Zambia, Africa, where we went exploring the Kagem Emerald mines in Kitwe with Gemfields (we will bring more about that trip soon).

What you may not have known is that during that trip, I wore (switching on and off between two) the newest Ralph Lauren RL67 Safari Chronometers that were unveiled earlier this year at the SIHH in Geneva by Ralph Lauren Watches and Jewelry . 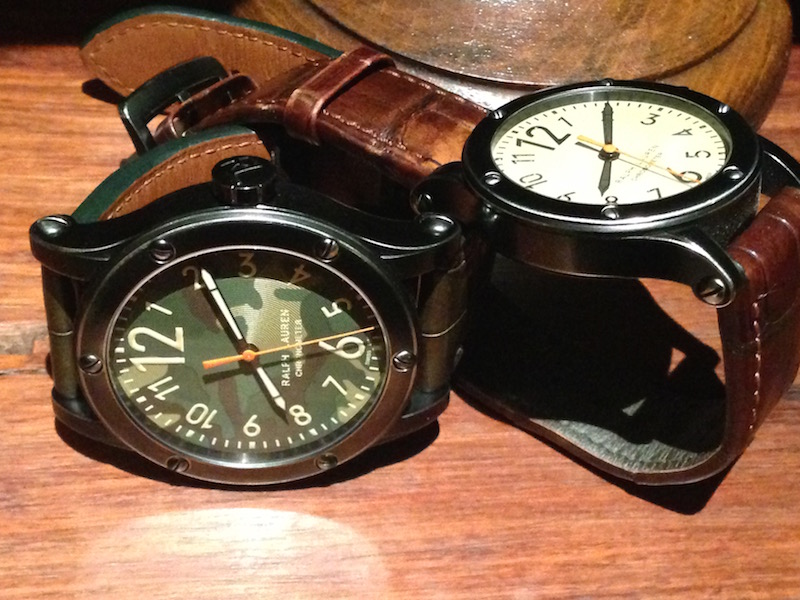 This series was first unveiled as part of the Sporting Collection back in 2013, and in 2014, the Safari Tourbillon joined the mix – creating quite a stir in the watch world thanks to it black and wood dial and its aged blackened case. This year, the newest additions to the much-coveted line are the RL67 Safari Chronometer Camo 45mm and the Khaki 39mm.

These rugged yet chic watches accompanied me to both the Norman Carr’s Chinzombo Safari Camp in Mfuwe, and the Chongwe House and River Camp in Lower Zambezi. They joined me in a host of safari adventures that included game drives, walking safaris and even canoeing down a tributary of the Chongwe River (along with the crocodiles and hippos). 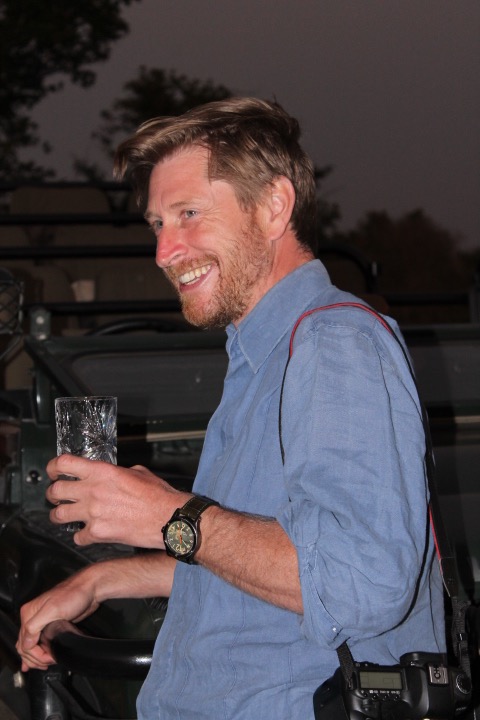 Additionally, it should be known, that award-winning photojournalist Adrian Fisk – who joined Gemfields for the event – was so taken by one of the watches that he snatched it away from me and wore it himself for two days (until I forced him to relinquish it to me before I moved on from Chinzombo to Chongwe).

“”The Safari RL67 is exactly the kind of watch I look for when photographing a safari,” says Fisk. “It blended seemlessly with the game reserve reflecting the tough elegance of nature and wildlife that surrounded me.” 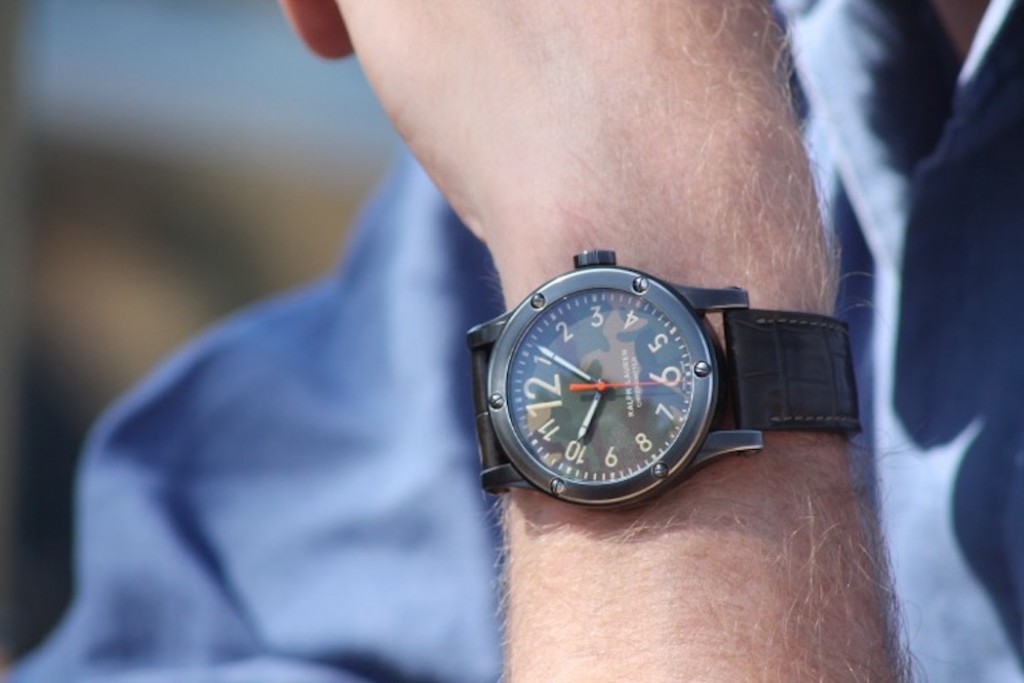 The  Safari RL67 Chronometer Camo watch in a 45mm gunmetal-finished steel case with an incredibly distinctive camouflage dial with discreet guilloche pattern. The watch, which retails for $3,800, is, in fact, a difficult one to take your eyes off of. 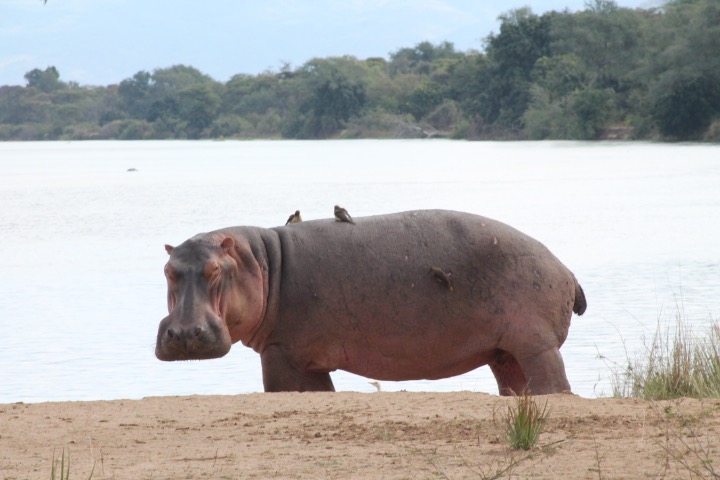 A hippo, complete with birds on its back, looks at my Ralph Lauren watch during the Chongwe River Camp safari in Lower Zambezi. No, he didn’t get it! (photo c: R.Naas)

To begin with, the multi-colored camouflage dial offers the most rugged and sporty appeal that is perfect not just on safari, but also out in the wilderness. It sets a tone and makes a clear and definitive statement. Because the dial is set in a blackened steel case that is shot-blasted to look aged, the overall affect is pretty dramatic – ringing true of vintage safari watch looks. Topping it off is a thick, weathered-looking olive green alligator strap that just smacks of camo fatigues, Land Rover green and the bush. 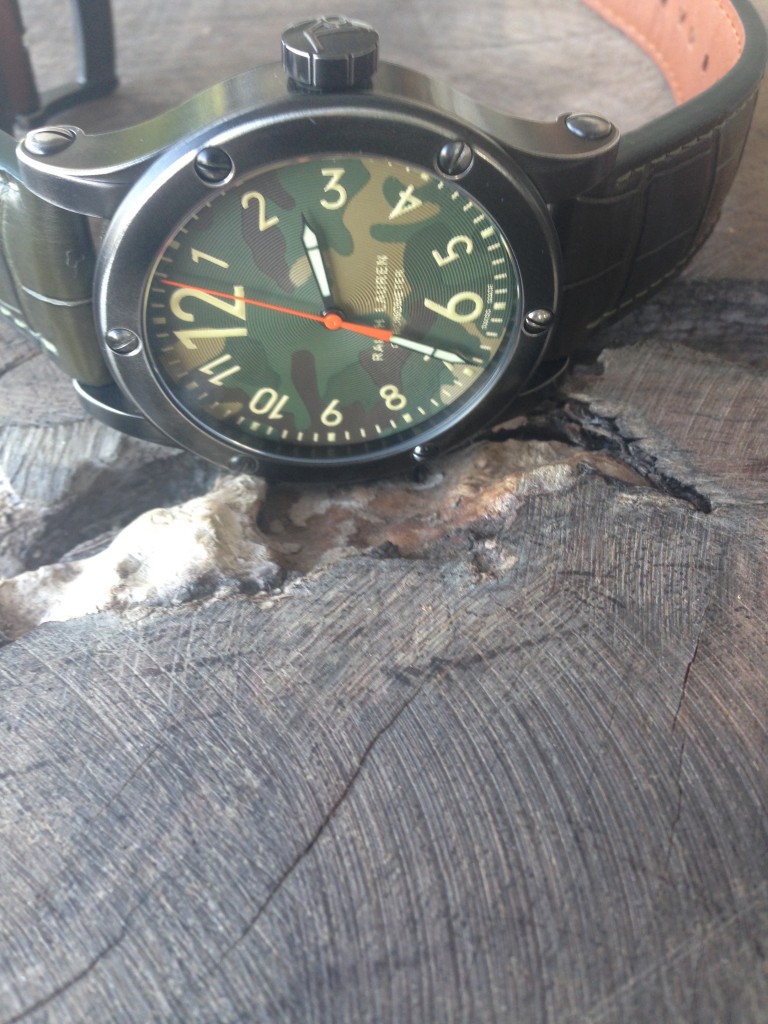 It doesn’t stop there, though. The watch is a COSC-certified chronometer- and it dealt magnificently with the beating hot sun and to the quick switch after sunset to colder temps. The RL300-1 caliber offers 42 hours of power reserve, and is water resistant to 100 meters – although to be perfectly honest- if I fell off the canoe and into the waters, it wasn’t the watch I was worried about with all those crocodiles and hippos around. 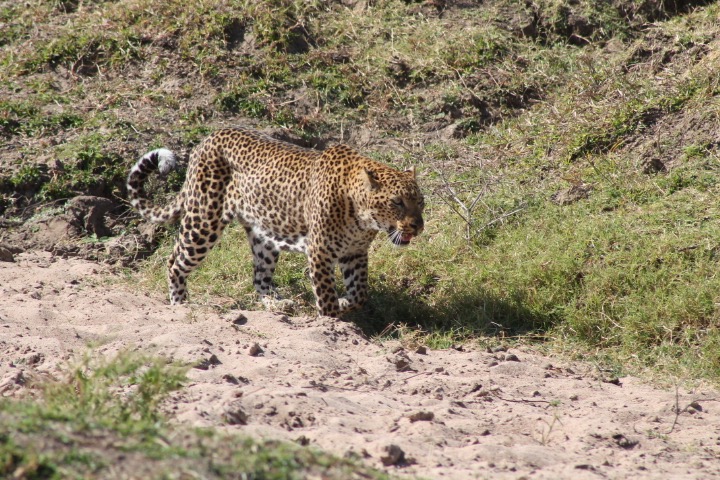 Slink as it may to get my attention, this leopard in Zambia stole my heart, but not my watch. (photo c: R. Naas)

Readability in the bush was also easy thanks to the Arabic numerals that are varnished in beige Super-Luminova, the bright orange varnished seconds’ hand and the anti-reflective treatment on the crystal to avoid glare in the bright sun. I kept looking for something to not like about this watch – after all, we journalists want to offer the critical eye – but I just couldn’t find anything I didn’t like about it.

The smaller sibling of this watch, the RL67 Safari Chronometer 39mm, has all of the same fine finishes as the larger Camo dialed watch—except it has a Khaki dial – the exact color of Safari beige that we all know so well. That khaki dial is offset with easy-to-read black SuperLuminova® Arabic numerals and the strap is brown alligator. 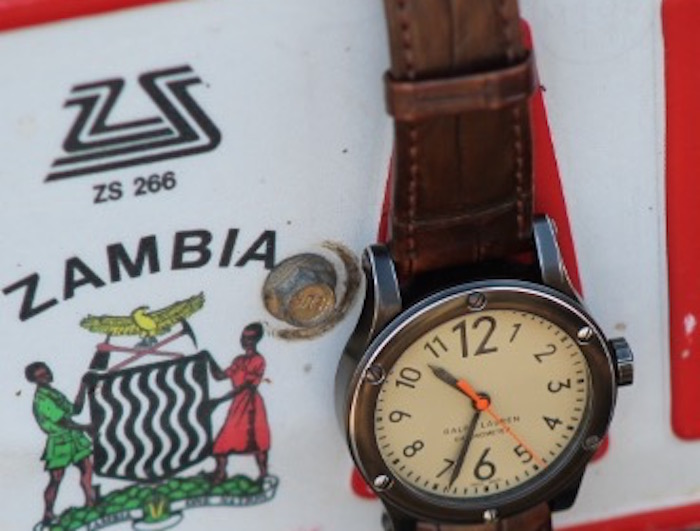 While the RL67 Safari Khaki 39mm is a perfectly nice watch (retailing for $3,400), it just couldn’t hold its own in the face of its big brother. It seemed a bit too small for me and maybe a bit shy of the bigger personality the camo dial exudes. But for those who enjoy safari from the safer space of a covered jeep, it does the job just fine. My walking, canoeing, night-safari personality prefers the more feral of the two.