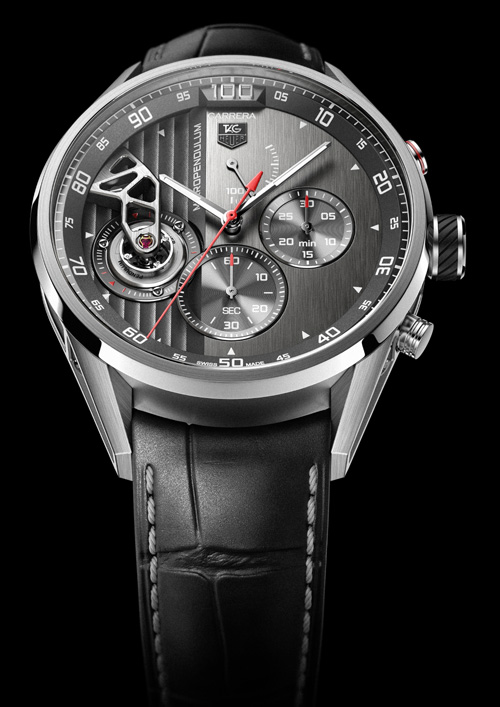 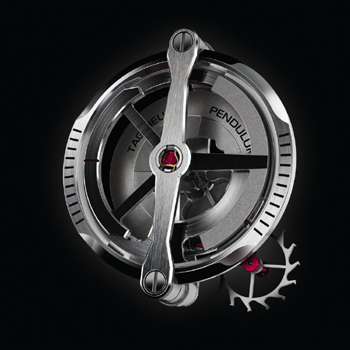 The pendulum of the Carrera MikroPendulum Chronograph

In the world of haute horlogerie concept watches are a must. While they may or may not ever reach the market in serial production – they nonetheless test the invention waters. So many brands (including TAG Heuer time and again) have leapt forward in innovation and technology because they dared to go the extra miles and release to the world a concept watch.

In the case of the MikroPendulum, TAG Heuer turned to micro-blades and magnets instead of hairsprings, and to belts instead of gears.  AS such, the brand was able to release the world’s first magnet-driven mechanical watch with 100th-of-a-second chronograph — the MikroPendulum.  (Which we describe below) Taking that creation a step further, the brand has conceived of the first-ever double magnetic tourbillon (the MikroPendulumS concept watch).

With nearly a decade of research behind the timepieces – and two years of high-precision MIKRO series timepieces (2011’s Mikrograph and Mikrotimer Flying 1000, and 2012’s Mikrogirder and MikrotourbillonS) – TAG Heuer’s newest evolutions were inevitable. 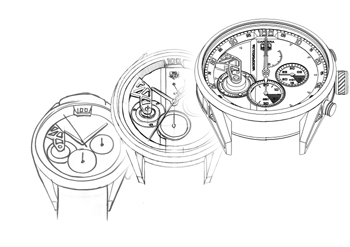 Evolution of the Carrera MikroPendulum Chronograph

The new MikroPedulum timepiece has roots in a watch the brand released three years ago—the Carrera Pendulum COSC certified chronometer that used magnets instead of traditional hairsprings. (Essentially the oscillator is driven by magnetic fields instead of a hairspring.) That watch had thermal sensitivity issues and, thus, went back to the drawing board.  Throughout the past three years, the brand’s scientist and engineers worked tirelessly to conquer the challenges inherent in using a magnet-driven oscillator. Successful – TAG Heuer’s newest patented MikroPendulum offers breakthrough precision and technology, and  is the world’s first high-frequency chronograph regulated by magnets.

Like the other Mikro creations, the MikroPendulum 100th of a Second  Chronograph is a dual-chain platform with a balance wheel system – but it features a magnetic system in pendulum shape instead of a hairspring for the chronograph- which beats at 360,000 vibrations per hour (50 Hz). The watch is run on a classic COSC-certified automatic movement powered by an oscillating weight. There are 371 components in the dual-chain structure, each designed, crafted and assembled by TAG Heuer’s Haute Horlogerie team of master watchmakers and engineers. The 45mm case is fine-brushed and polished titanium, with a curved, double anti-reflective sapphire crystal. The anthracite grey dial is fine-brushed on one side with Côte-de-Genève finishing under the pendulum at 9 o’clock. The 100ths of a second are displayed by a sweeping red central hand–and measured out on a 1/100th of a second scale on the anthracite flange. 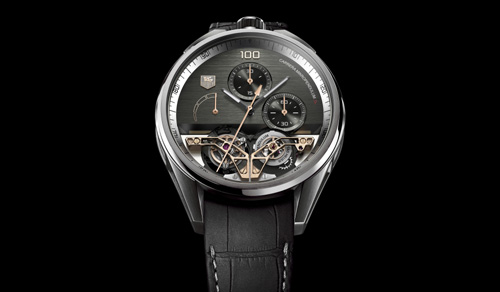 The Concept watch – the TAG Heuer Carrera MikroPendulumS is another story. This double tourbillon watch — which has received amazing attention thanks to its innovation and its ability to turn a beautiful caliber into one that also is highly functional  — is designed to feature two magnetic pendulums to replace the two hairsprings: one for timekeeping and one for time display.  The movement has 454 working components and is patented.

Whether or not it goes into serial production remains to be seen, and if so, we will cover it here in much more detail. However, the simple fact that the brand unveiled it – in a revolutionary case material made of chrome and a cobalt alloy – warrants mega attention…. not just now but in the coming year or two.

It is important to note that brands do not have to introduce their concept watches, however, to innovate—and many follow this course. Behind the scenes in their research and development labs, many brands take innovation to new levels – which eventually leads to ever-more-creative technology and timekeeping.

Introducing The Vacheron Constantin Year Of The Rabbit Watch
June 3, 2013

Introducing the Piaget Year Of The Rabbit Watch
June 3, 2013