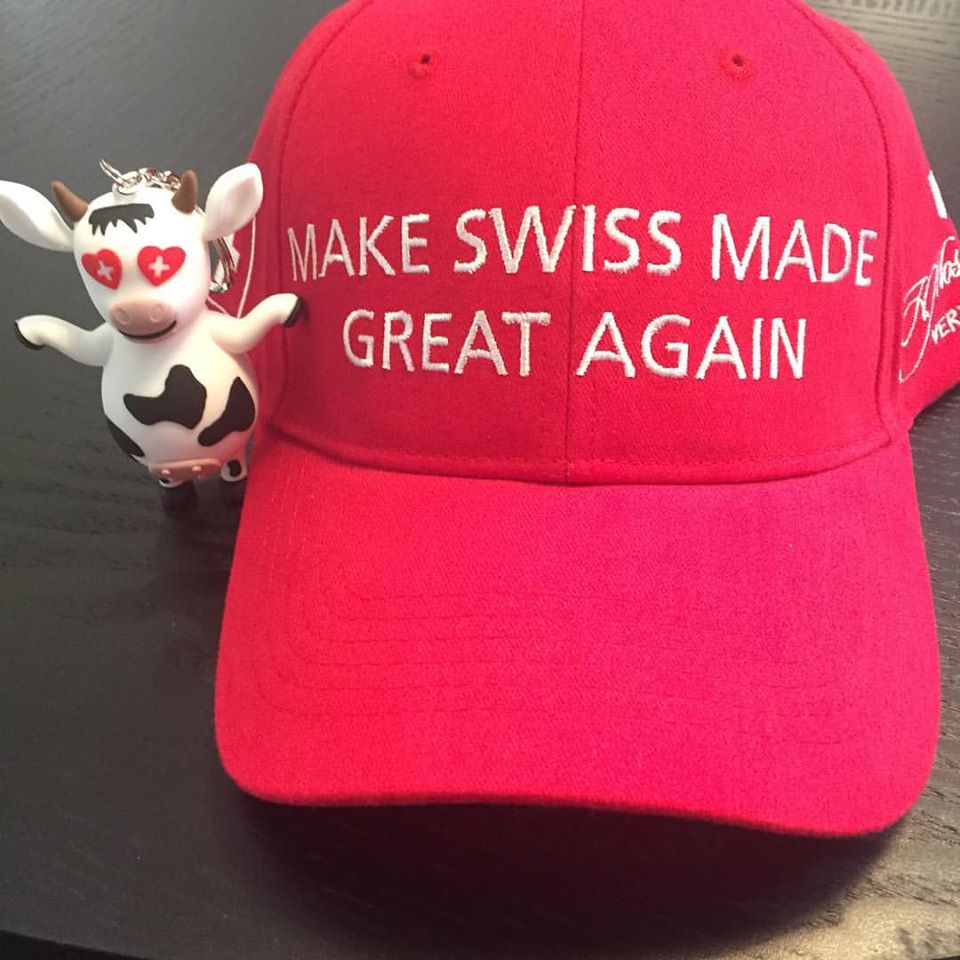 H. Moser & Cie defies lax rules of “Swiss made” concept. The cow is a USB stick.

Those who have been following ATimelyPerspective know that we enjoy taking a break from the seriousness of timepieces once in a while and focusing on things that are — well — a little fun. Each year after the shows, we present the most creative or best USB sticks. On these grand devices, the watch brands store all of their photos and information and the USBs are the key to opening the goods (so to speak).

This year we had some interesting pieces that were repeats of last year — including the light bulb from Manufacture Royale — but we focus instead on the new USB introductions.  H. Moser et Cie had a lot of fun playing off of the brand’s Swiss-made statement. The brand announced that because of the lax rules regarding “Swiss Made,” it will no longer put the words on the dial — even though the watches are made in Switzerland. It’s nod to the Swiss concept saw baseball caps emblazoned with the play on words that has trounced American politics for months: “Make Swiss Made Great Again” and the USB key is a Swiss cow… Bravo. 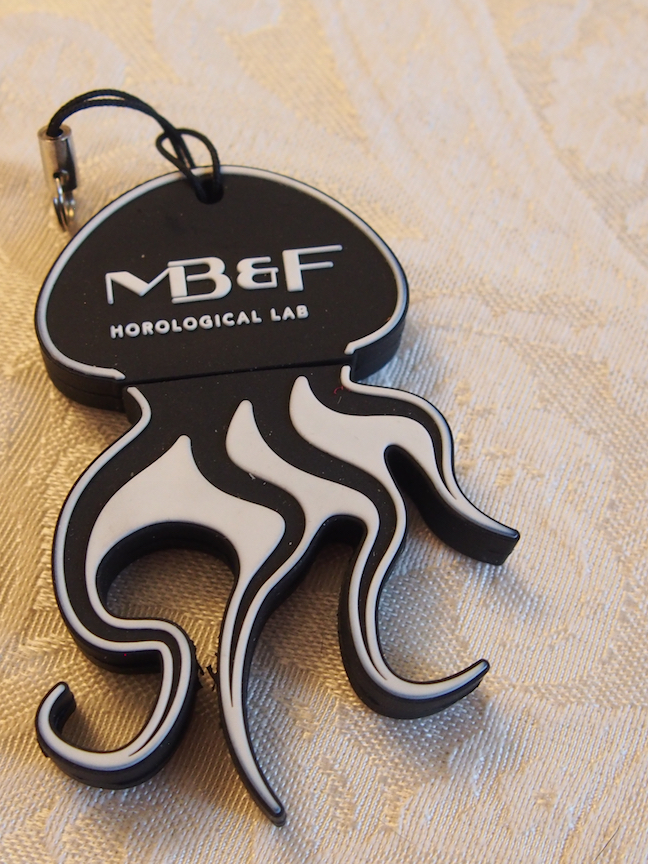 MB&F, in typical style, always has a new USB key that reflects the brand’s newest watch — this year, the wonderul horological creation lovingly referred to as the Jellyfish. Baume & Mercier, which this year unveiled its all new Clifton collection of affordable elegant sport watches and created the Clifton Club concept (with international sports stars from surfing and other realms  joining the club), offered a truly useful USB: a forged aluminum carabiner key hook with the brand’s signature orange color. 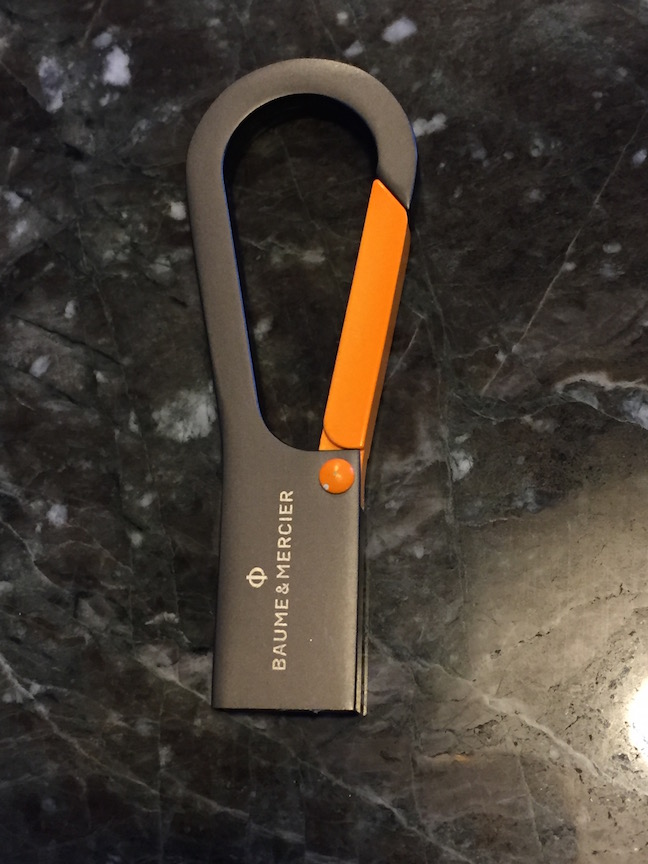 Finally, a few brands offered USB keys that reflect their booths or their statement. Roger Dubuis, whose exhibition space this year focused on volcanic eruptions and more, distributed “marble” USB keys (IWC should have paid attention as this would have been the perfect USB for the brand that this year transformed its exhibition space from all things sport to all things classical and Roman as it unveiled the new DaVinci collection. Instead, IWC’s USB was a gold open-worked “Eiffel Tower Esq”  format that, nonetheless, was intriguing. 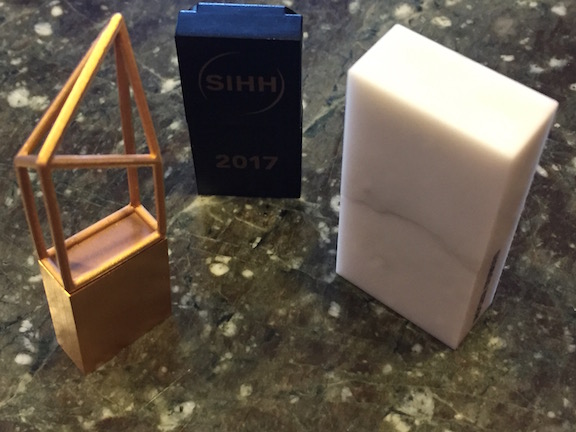 Finally the SIHH comprehensive USB for the show was a simple black key with gold watch parts engraved on it — underscoring the absolute “reason for being” at SIHH. 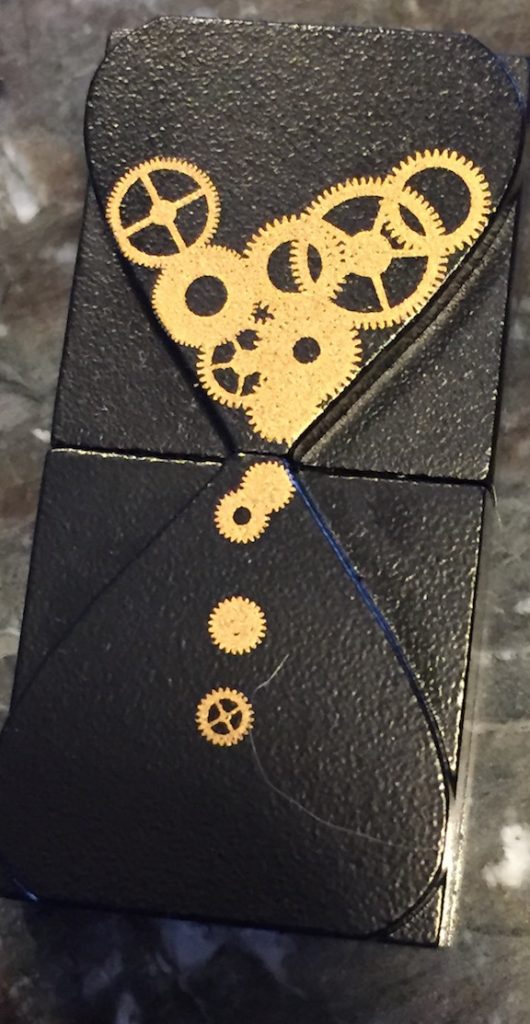