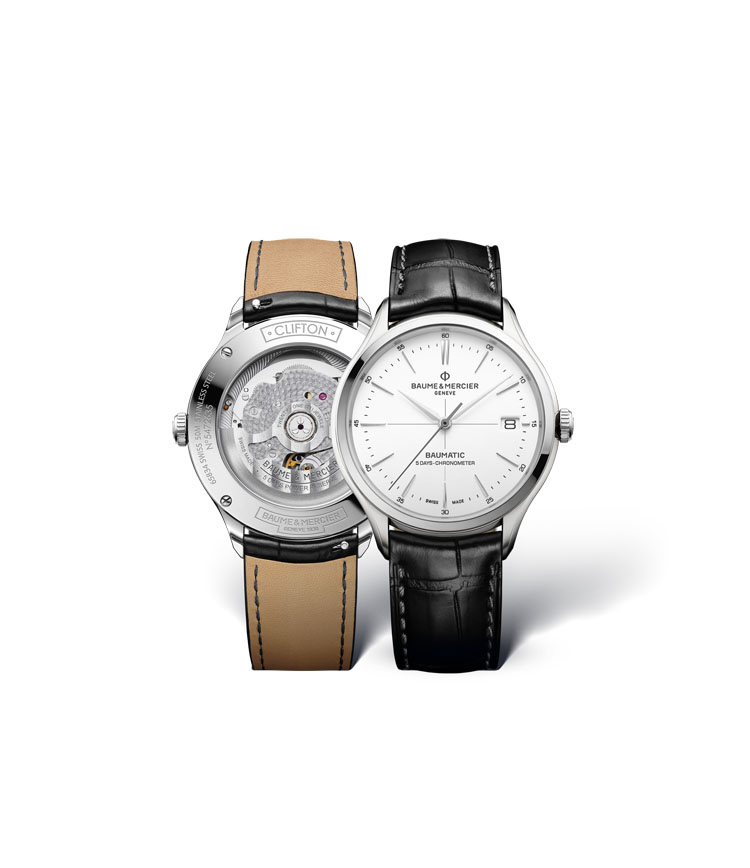 It is a highly unusual move to showcase new technological innovations in a brand that is typically more mainstream than high-tech haute horology. Indeed, the Richemont Group – which owns Cartier, Panerai, Jaeger-LeCoultre, A. Lange & Sohne, IWC, Montblanc, Piaget, Vacheron Constantin, Van Cleef & Arpels, among other brands — could have selected any brand for the launch of its newest inventions. By selecting the relatively affordable Baume & Mercier brand for the unveiling, however, the Richemont Group R&D team may have hit the nail on the head. After all, what better way to get the word out that the company has basically reinvented the proverbial wheel than by using an accessible brand. 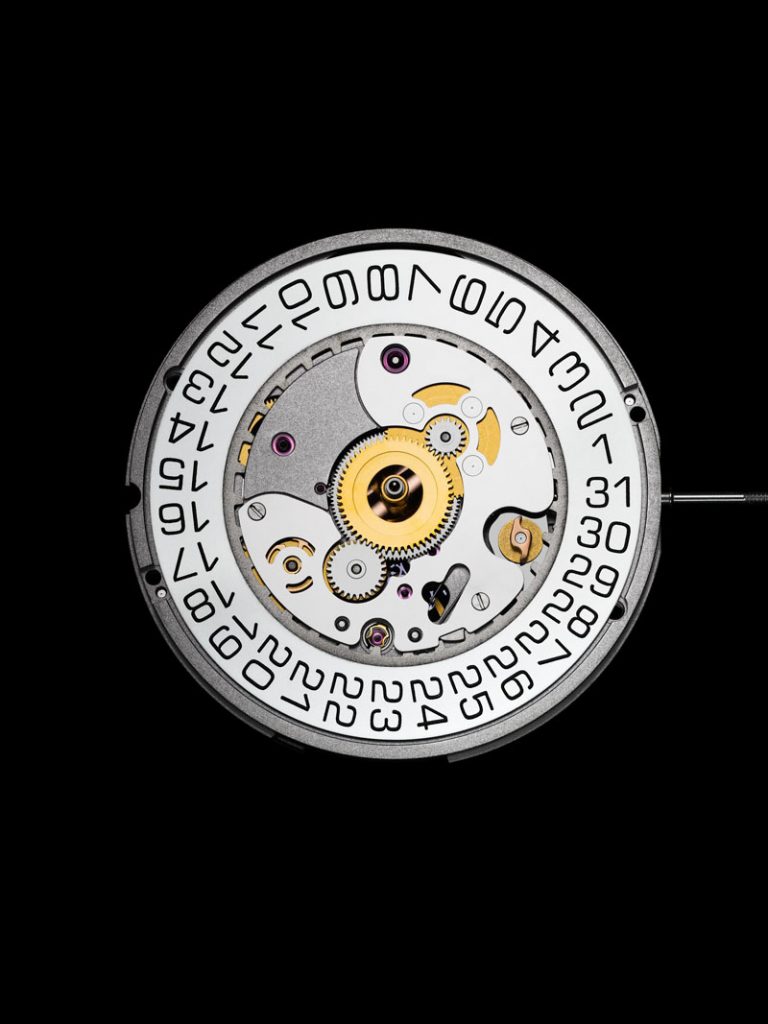 The quest for new technology was begun by the Research and Innovation Team as they endeavored to create the Richemont Group’s first silicon balance spring and silicon escapement. Along with those efforts, the Team also further developed new alloys and methods of binding silicon to offer a watch that is highly improved in   autonomy (power reserve), accuracy, durability and resistance to shock and magnetism.   It then gave the proprietary technology, trademarked and patented, to Baume & Mercier for use in its Clifton Baumatic watch.

The Baumatic™ BM12-1975A Caliber (the 1975 makes reference to the year that the brand first released a “Baumatic” watch) consists of four key technologies that propel the movement to the forefront of accuracy and precision.

1 – The BM12-1975A Baumatic™ Caliber is equipped with the Richemont Group’s first silicon hairspring with Twinspir™ technology. The Twinspir technology was first unveiled in the Baume & Mercier Clifton 1830 manual wind watch with Caliber MB12-1975M — last year. It is a silicon balance spring with one bridge for the mainspring barrel and winding wheels and another bridge for the going train. The balance spring was made of two layers of silicon – hence the name Twinspir – with a third layer of silicon dioxide between them. The silicon   reduces the variation in elasticity that occurs in regular balance springs – making this balance spring much more constant when it comes to restoring force. The center layer of silicon dioxide offers temperature compensation. Additionally, it is a free-spring balance (no regulator) so the rate is controlled via adjusting four masses on the balance rim. That first watch, though, came in at a price just under $15,000. 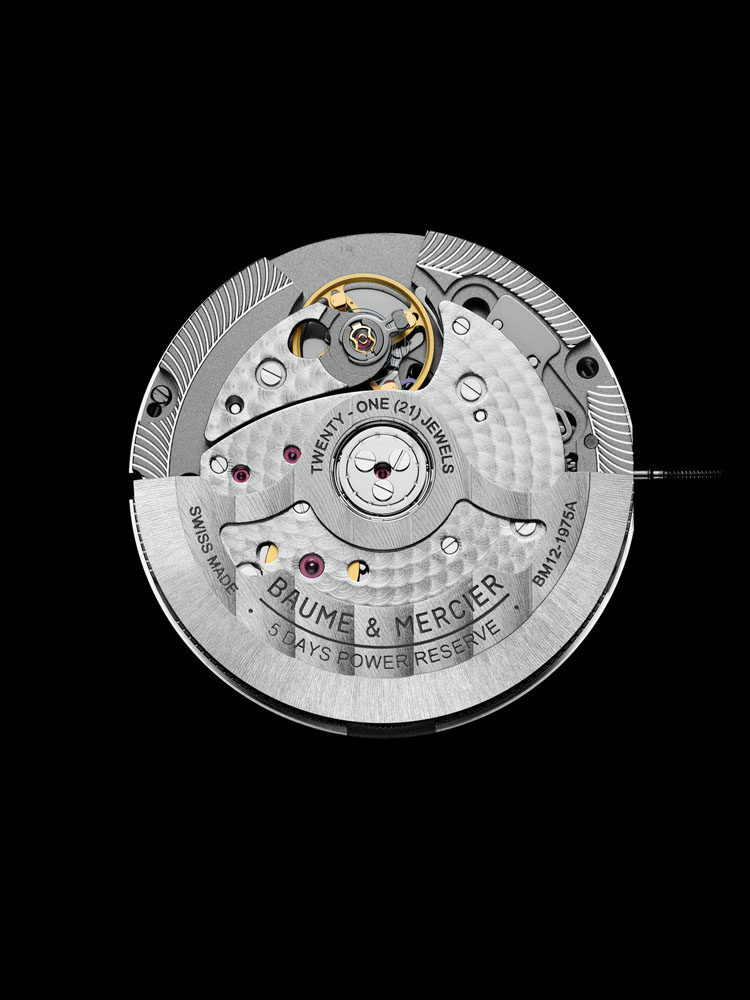 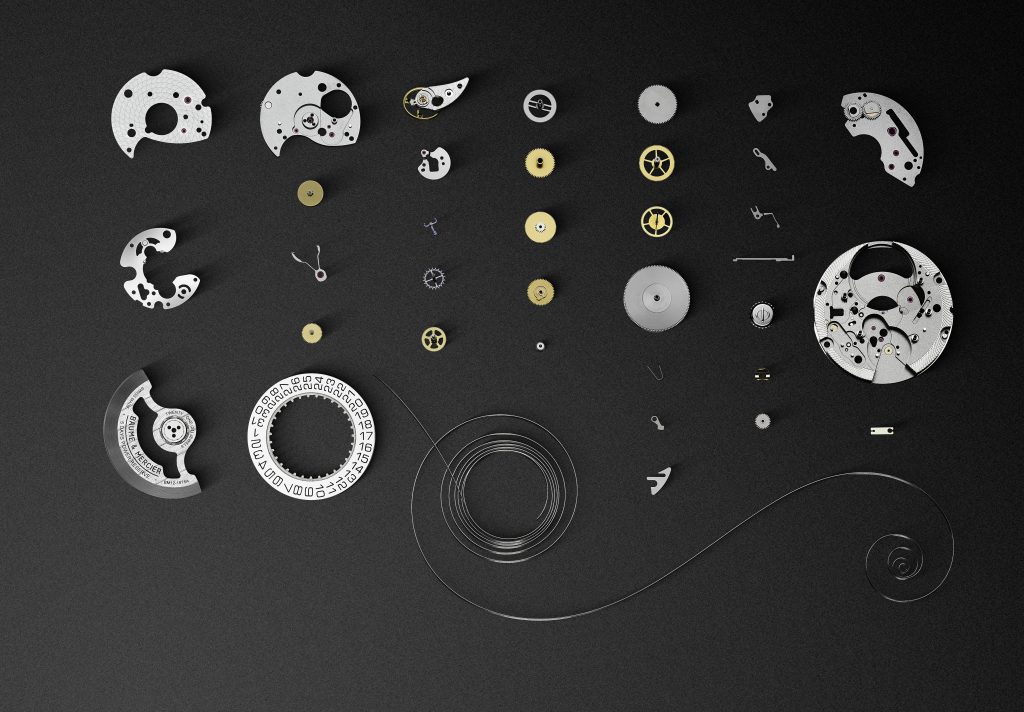 These four elements of technology, simply translated, mean that the wearer of the Baume & Mercier Clifton Baumatic™ watch gets at least four things in return:

Attesting to the competency of this new caliber, the Baume & Mercier Clifton Baumatic™ watch is also a COSC-certified chronometer.

As to the design of the Baume & Mercier Clifton Baumatic™ watch, the classic look is a great contrast to the high technology within it. The watch measures 40mm in diameter, is crafted in stainless steel with curved horns and a scratch-resistant anti-reflective domed sapphire crystal. The flat white dial is sandblasted and lacquered, to give it a porcelain-like finish, and the self-winding movement offers date, five days of power reserve (as mentioned) and is water resistant to 50 meters. It comes with a two-year warranty. Best of all, though, may be the price. The Baume & Mercier Clifton Baumatic™ watch, which packs a powerful punch for consumers, retails for $2,790. Why would anyone not buy this timepiece? 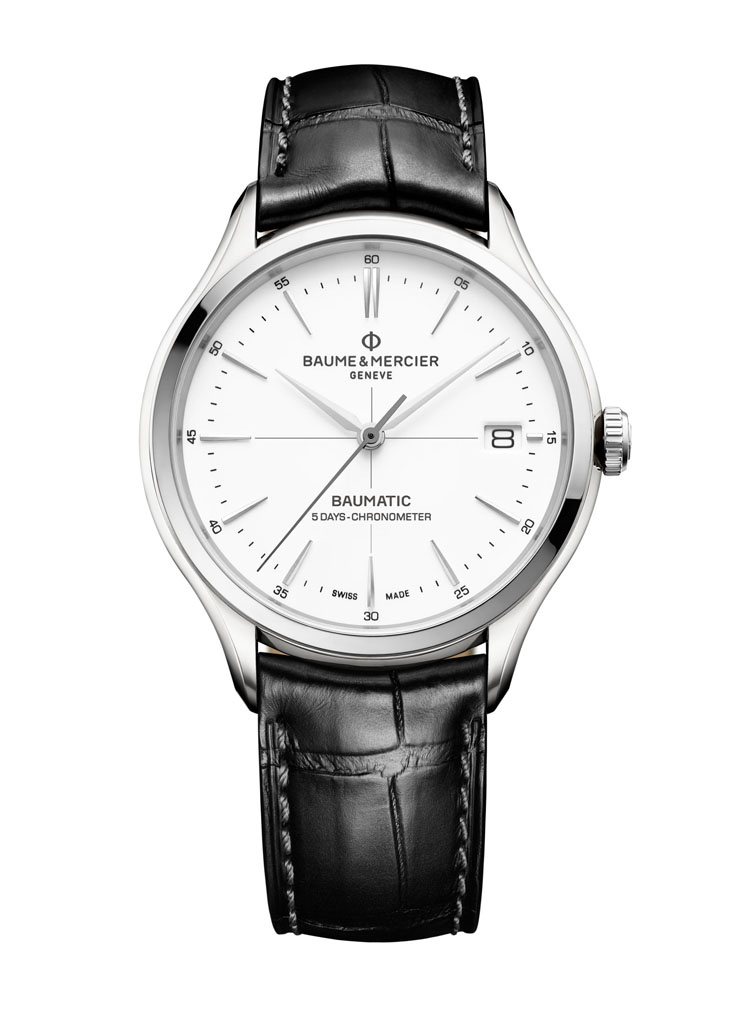 Introducing The Vacheron Constantin Year Of The Rabbit Watch
January 12, 2018

Introducing the Piaget Year Of The Rabbit Watch
January 12, 2018