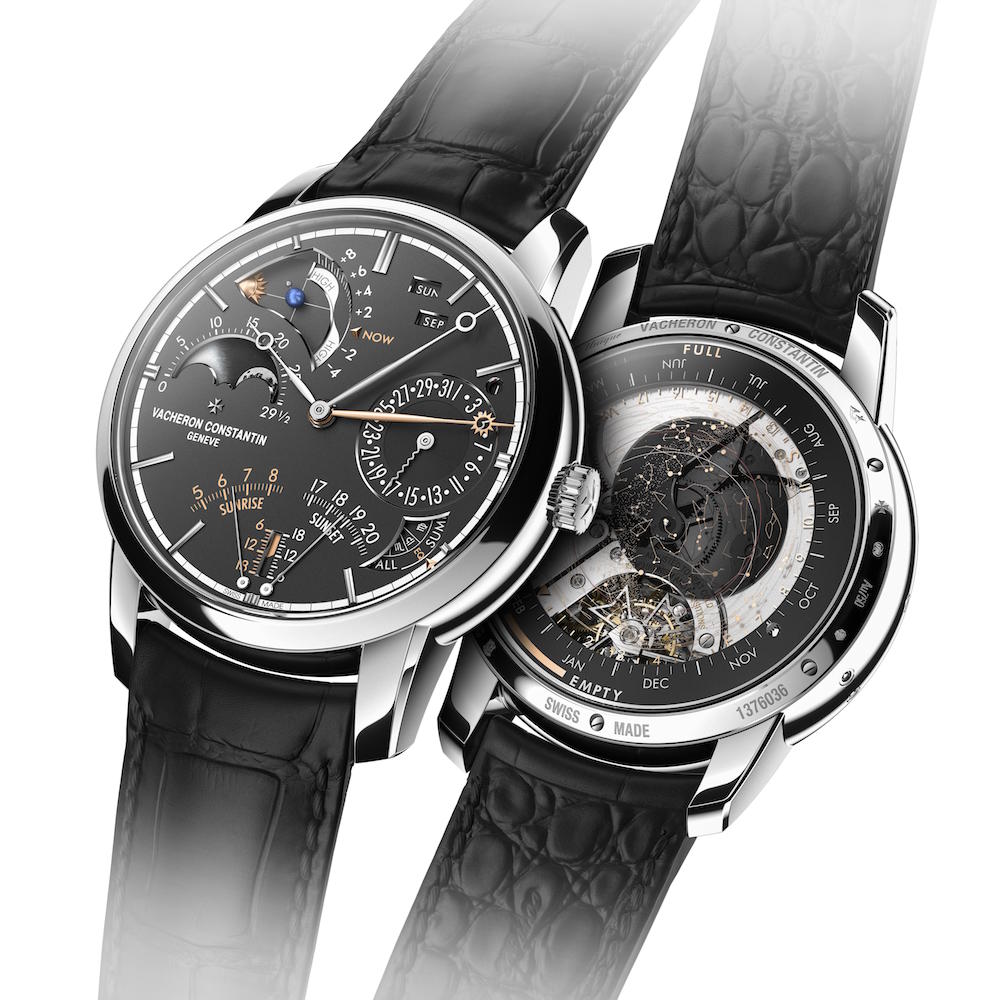 The century-old battle of the complications continues, as Vacheron Constantin unveils its most complicated wristwatch to date: Les Cabinotiers Celestia Astronomical Grand Complication 3600. The watch, which was five years in the making, boasts 23 functions and complexities, and offers   civil, solar and sidereal time indications – each via its own separate gear train. Based on previous demand of its bespoke pieces, we estimate that this unique watch easily carries a hefty price tag that goes above and beyond the $1 million mark.

The watch was two years in the design and development stages for the movement, the functions and the mechanics – especially so that they would all fit inside a case that measures 45mm in diameter and is just 13.6mm in thickness (about half an inch). The integrated Caliber 3600 consists of 514 individual finely finished components – and was built by a single master watchmaker in the brand’s custom and bespoke atelier. Imagine spending five years designing and building just one single watch.

Unveiled today at the Salon International de la haute Horlogerie (SIHH) 2017, the two-sided Les Cabinotiers Celestia Astronomical Grand Complication 3600 boasts a wealth of indications and features – with 15 indications on the main or front dial, and another eight, including a patented sky chart disk and tourbillon with Maltese cross, on the reverse side. 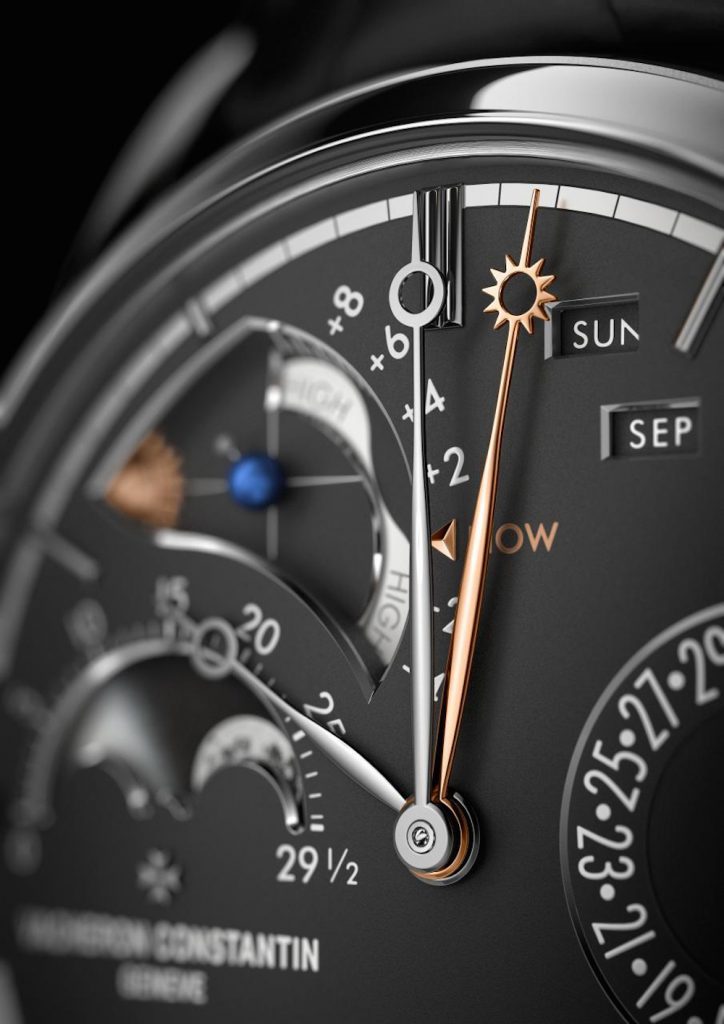 Les Cabinotiers Celestia Astronomical Grand Complication 3600 was five years in the making — all by one master watchmaker.

Later in this article you will find the complete list of functions as dictated by the gear train they run off of, but for the sake of ease, let’s get the complexities going. To begin with the watch offers calendar and moonphase indication that shows day, date, month, leap year, perpetual calendar, day/night indication, precise moon phase and age of moon. Solar functions, including equation of time and running equation of time, sunrise, sunset, length of day, length of night, seasons, solstices, equinoxes and zodiac signs, tide level indicator and a Sun-Earth-Moon conjunction, opposition and quadrature. There is also a (patent-pending) Celestial chart with northern hemisphere indication of the Milky Way, tourbillon and three weeks of power reserve.

As mentioned above, the watch offers civil, solar and sidereal time. Civil time is generally referred to as mean time and this is indicated on the dial front with hour and minute hands. Solar time is based on the true path of the sun during the day and depending on the date, solar time can be different from mean time anywhere from +14 minutes to -16 minutes. Sidereal time refers to Earth’s rotation with respect to the fixed stars from a local meridian. Sidereal time generally differs from mean time by about four minutes a day. The sidereal hours and minutes are displayed on the watch via two superimposed disks on the back dial, one of which Vacheron Constantin has filed a patent for. 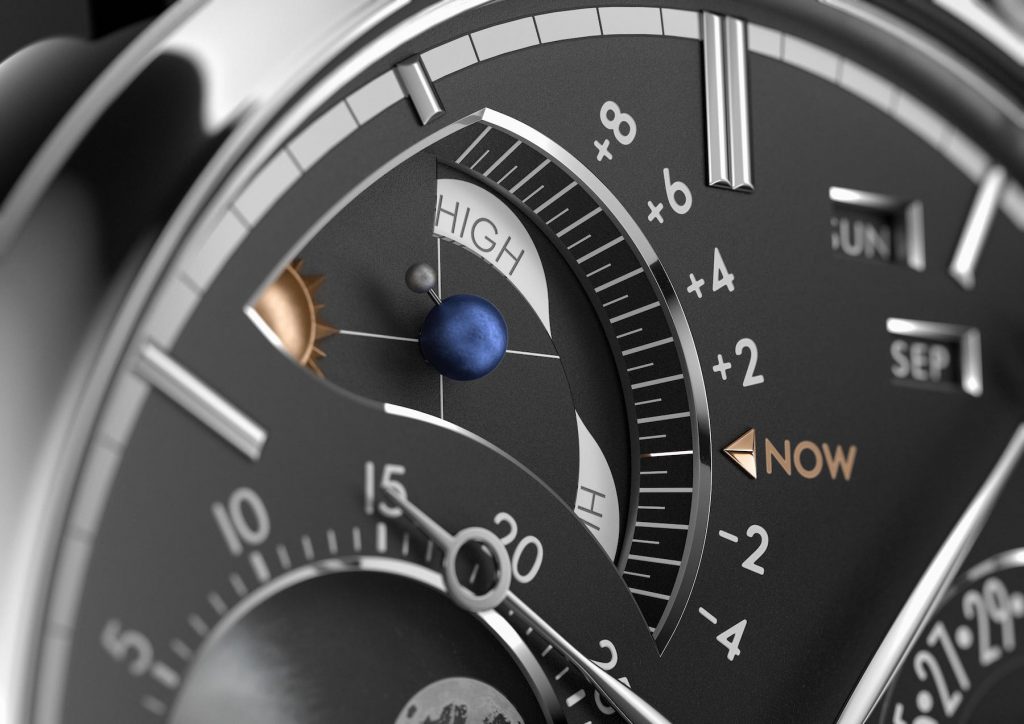 Les Cabinotiers Celestia Astronomical Grand Complication 3600 offers solar, mean and sidreal time, each off of its own gear train.

The perpetual calendar on the watch tracks the Gregorian calendar and needs no change or correction for 400 years. Similarly, the moonphase display on the Celestia requires just a one-day correction once in 122 years. The moonphase is displayed via the two superimposed discs that bear a laser-engraved image of the full moon, as well as a day/night indication and age of the moon. 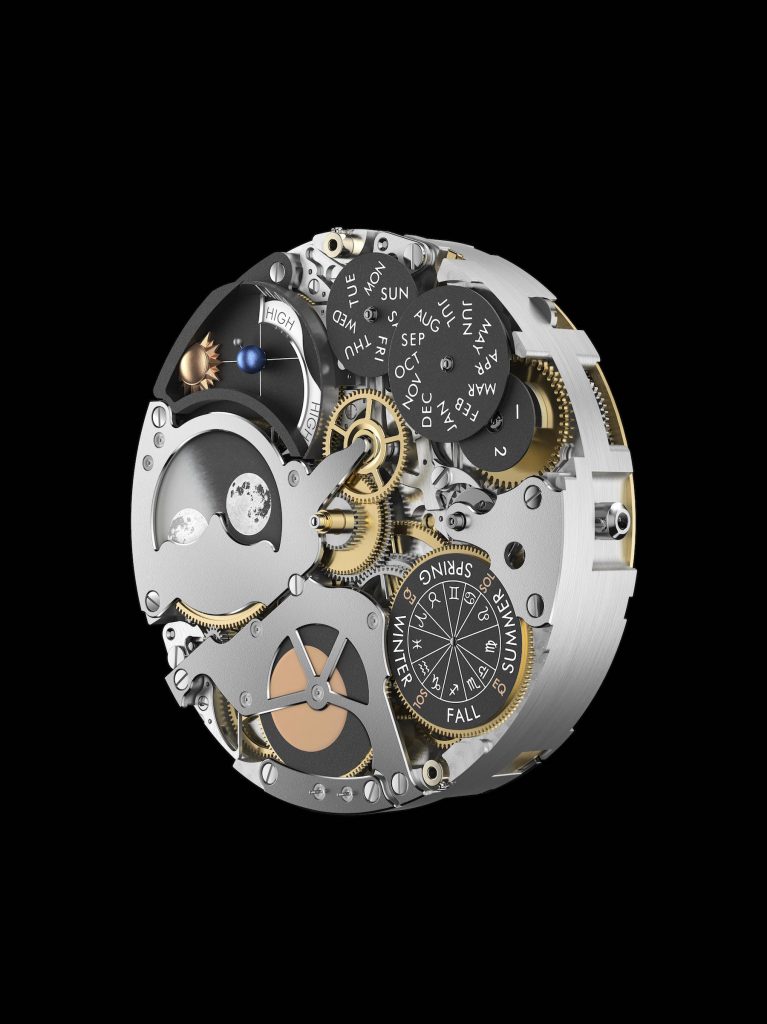 The extremely complex Caliber 3600 offers an extraordinary three-week power reserve thanks to six barrels, coupled by three. To ensure this high power reserve, Vacheron Constantin worked to save energy and to increase power supply. To help with optimizing the energy stored, the brand turned to an outside material, Bioflex® alloy, for the barrel springs because of its durability and strength. Like all Vacheron Constantin timepieces, the Les Cabinotiers Celestia Astronomical Grand Complication 3600 bears the Hallmark of Geneva.

It should be noted that while Vacheron Constantin says that this is the brand’s most complicated wristwatch to date, the watch also tops the Patek Philippe Grandmaster Chime watch, which has 20 complications. 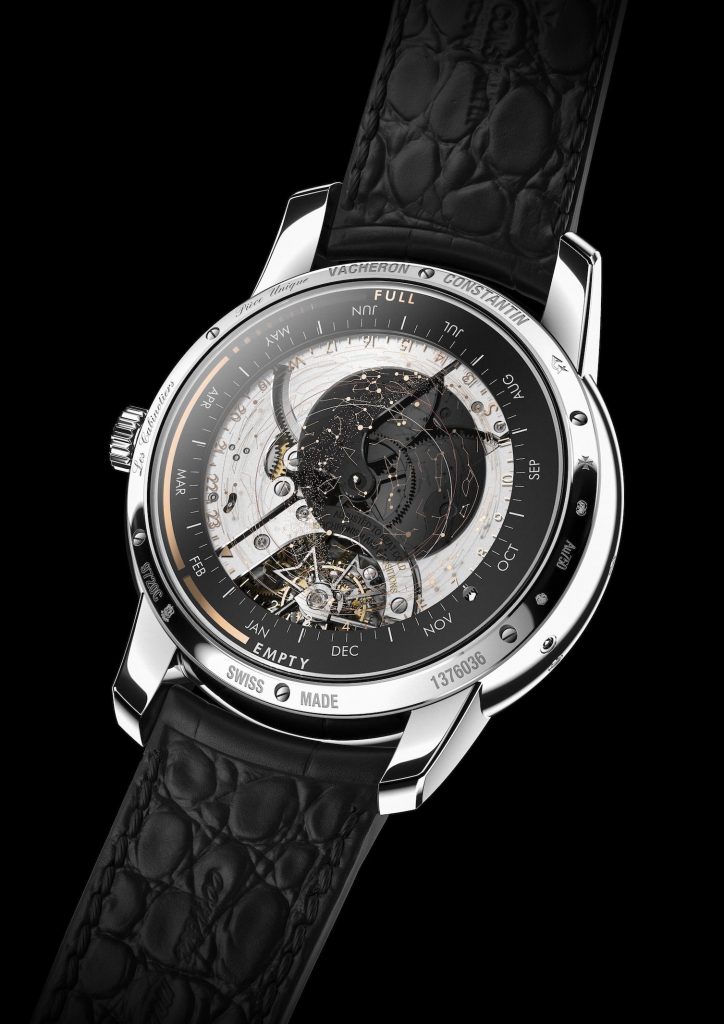