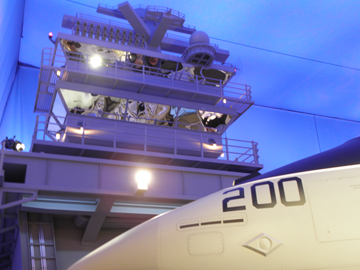 At SIHH 2012, IWC transformed its exhibition space into an aircraft carrier – complete with fighter plane. This year, the brand honors the Ingenieur…

For true watch lovers – those who follow every unveiling and await each new innovation – it’s  Show Time! The 2013 Show Season is upon us and begins exactly one week from today with the opening of the very prestigious watch trade event: Salon International De La Haute Horlogerie Genève (SIHH).

This luxurious exhibition in Geneva, the 23rd such event, is sponsored by the Fondation de la Haute Horlogerie (FH) and the Richemont brands. As such, the exhibitors include the finest in the world of watchmaking: A. Lange & Sohne; Baume & Mercier; Cartier; IWC; Jaeger-LeCoultre; Montblanc; Officine Panerai; Piaget; Ralph Lauren’ Roger Dubuis; Vacheron Constantin; Van Cleef &Arpels. Also exhibiting are Parmigiani Fleurier, Greubel Forsey, Richard Mille and Audemars Piguet. AT this show, the exhibitions are lavish, with grand scale decorations in every brand’s suite and the newest creations that will be making their way to the retail market later this year. 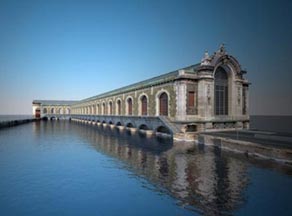 Concurrently with the SIHH, held in a remarkable location in the center of the city, is the GTE Show, held at the Batiments des Forces Motrices  in Geneva. The top exhibitors at this show include brands such as Hautlence, Peter Speak-Marin, Louis Moinet, Antoine Martin and more. Additionally, Franck Muller will be holding exhibitions of its brands at WatchLand — with new pieces from Franck Muller, Backes & Strauss, Cystos, Pierre Kunz, Pierre Michel Golay, and others.

Beginning this week, we will bring you some sneak previews of watches to be unveiled, and next week in Geneva, we will post daily, so Stay Tuned. (You may also want to keep an eye on facebook.com/RobertaNaas for more news daily.)