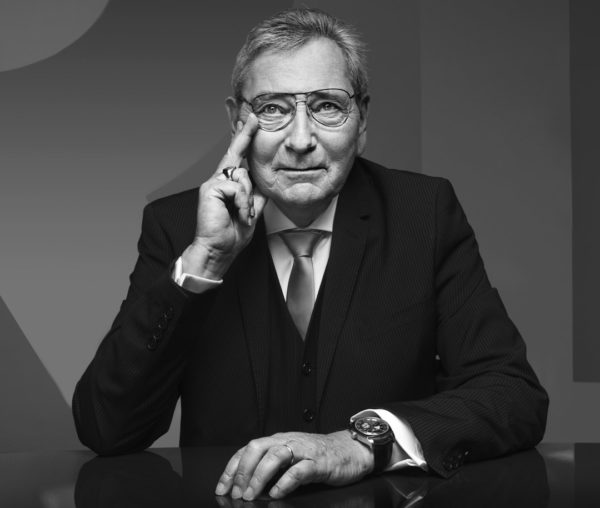 It was just about two weeks ago that it was announced that, just shy of 80, Roger Dubuis has passed away. The man, whose eponymous brand launched 22 years ago in 1995, is a legend in watchmaking — having created some of the most famous mechanisms and styles not only for his brand,but also for many a brand before that. For a few reasons, it has taken me a bit of time to write about this leader in our industry.

I was there when the brand first launched — with jewelry and watch styles that were far head of their time. I spoke at great length with Dubuis, who was rightfully proud but did not show it in any way. A genius when it comes to mechanics, Dubuis was also humble, quiet and genuine. While he had departed from the Roger Dubuis brand in 2005 when his relationship with his partner suffered, he returned to it, and brought his singular style back, just four years ago in 2013.

If you talked with him, Dubuis would tell a beautiful story of how since he was a small child he knew he wanted to be a watchmaker. In fact, he would talk of visiting the local church in his village and winding the church clock.  The weights of that clock, he would explain, made him curious about cogs, wheels and workings and he would talk to the local watchmakers about mechanics. 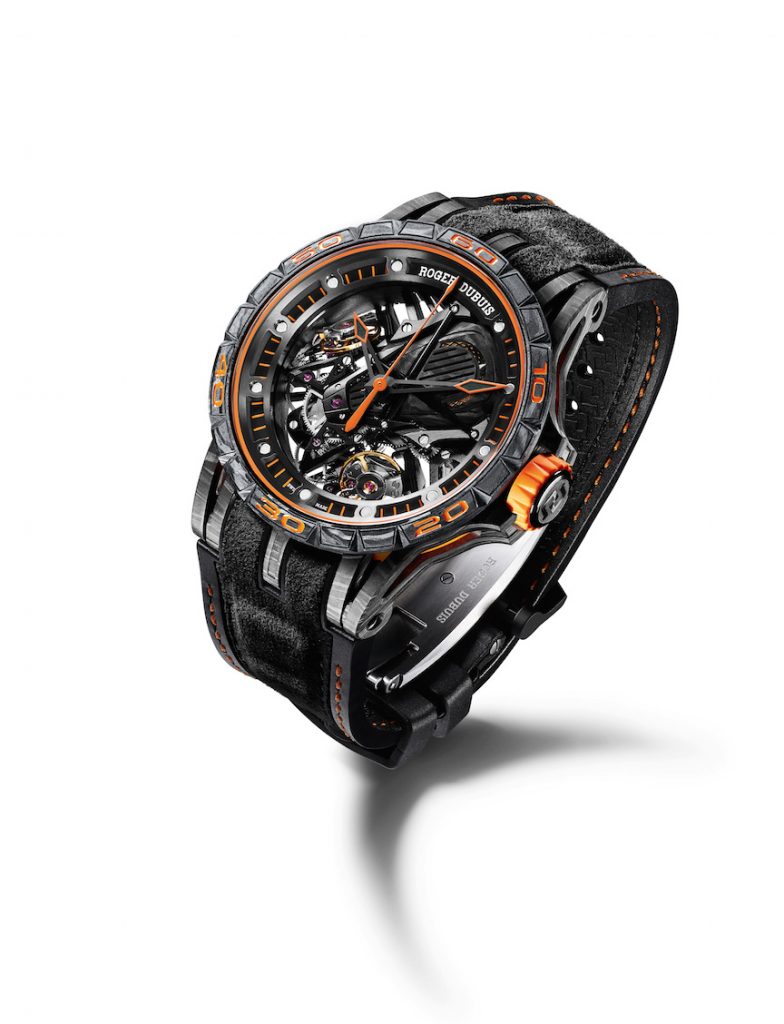 Dubuis attended watchmaking school in Geneva and worked for Patek Philippe for an incredible 14 years throughout the late 1960’s and 1970’s. . His focus was on complicated watches and while he loved what he was building, he had a yearning to build his own timepieces. In 1980, he formed Galerie d’Horlogerie Ancient, to specialize in restoring antique clocks and pocket watches. This company later became Antiquorum. Like others before him, Dubuis was enamored with the early watchmakers and their creations — built in an era when there were no CNC machines. Often, he would wax eloquent on the subject of those old clocks, professing his admiration of the forefathers of watchmaking.

Years later, when Dubuis, along with Carlos Diaz, established the Manufacture Roger Dubuis, he would take an incredibly different tact from the classic looks of the past. His first watches — with names like “Follow Me” and “Golden Square”– were oversized timepieces with unusual design elements that begged the world’s attention.   With such a non-conformist yet masterfully technical approach to watchmaking, Dubuis was guaranteed success.

Yes, some at first had no idea what he was trying to say, but those of us who embraced his concept were in for a long treat of exciting timepieces with innovative movements and unusual construction. Manufacture Roger Dubuis quickly built its own in-house balance-and-spring assembly, and powered out  dozens of watches and movements that were all the brainchild of Dubuis himself.  From in-line perpetual calendars to the now iconic double flying tourbillon and masterfully skeletonized pieces, Roger Dubuis built a unique empire.

During his hiatus from the brand (which he left in 2005), Roger Dubuis pursued a host of other endeavors. He was instrumental in bring the Maitres du Temps Chapter One and Chapter Two to fruition. When his brand was purchased by the Richemont Group in 2008, it did not take long for the brand to ask  Dubuis to rejoin the brand that carried his name as a key spokesperson. I had the chance to sit with him shortly after he had rejoined the company. There was a luncheon in New York City, and we sat next to one another. He spoke of his gratitude to the masters of watchmaking, and to the friends that had stuck by his side and to those who helped him learn more and pursue his dreams when he was younger. He was proud and humble and genuine. There are lessons to be learned from this man who dared to walk a different path, who stayed true to himself and who never wavered in his commitment to mastering  innovation.  The watch world will miss Roger Dubuis.