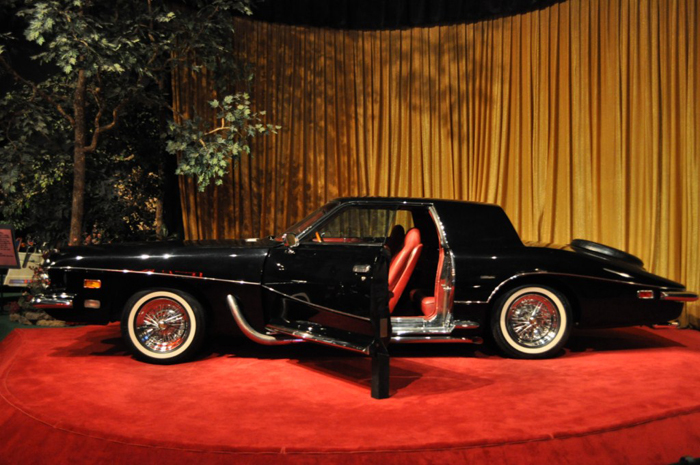 Elvis Presley’s Stutz Blackhawk III is one of about 20 remaining cars driven/owned by Presley and now on display at Graceland.

Breaking the norm at Charlotte Motor Speedway with a little more class and a lot less speed than usually seen there, one famous car rolled out onto the track a little over a week ago. If you’re a fan of The King, this story is even better. March 27 was the day Dale Earnhardt Jr. was allowed to take the King of Rock ‘n Roll’s famed 1970 Stutz Blackhawk III around the track. This was the last car Elvis Presley ever drove through the gates of Graceland — just hours before his death. It was  one of his prized possessions.

When Elvis laid eyes on the first Blackhawk prototype built under the Stutz name, he knew he had to have it. So,  later that year, he paid $26,500 for it…. that was roughly the same price as a new house in 1970, and almost seven times the average price of a new car back then (by 1974, he had purchased three more Stutz cars). 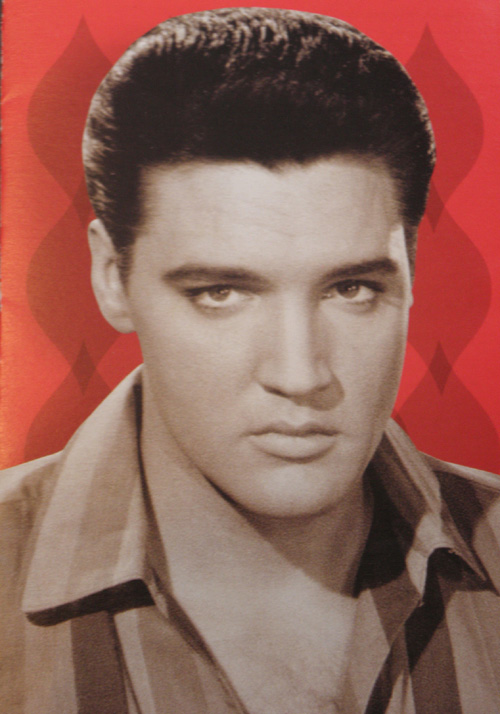 Presley Enterprises  had just recently decided to put the car through a “special preservation process” to mechanically refurbish the car. What they did specifically was to ditch the obvious dry-rotted tires, gave it a nice buffing, fix a few mechanical things under the hood that were incurred from sitting so long, throw a new muffler on it, and fix the sagging doors. It is said that The King’s DNA can still be found on the inside of the Stutz.

The Stutz will be on display at the speedway’s AutoFair, then go back to Graceland, where the masterpiece will stay for the rest of its life. Personally having seen this car, along with the rest of his remaining beautiful collection during a recent trip to Graceland, I can honestly say it is a car that definitely stuck in my head, along with his purple Caddy, and, of course, the pink one (you can’t ask a car fanatic to pick his favorite). The Stutz was a mutt of so many different cars, with a custom body built on a Pontiac Grand Prix chassis, but to see how the exhaust was routed  made this car probably just as eye catching as a 1969 ‘Vette with side pipes (only year this was an option),mainly because the Stutz looked more like a cruiser than a muscle car. In the video below, they cover the car’s music with horrible cover music, but  you get to hear a short take of the Pontiac firing under the hood.