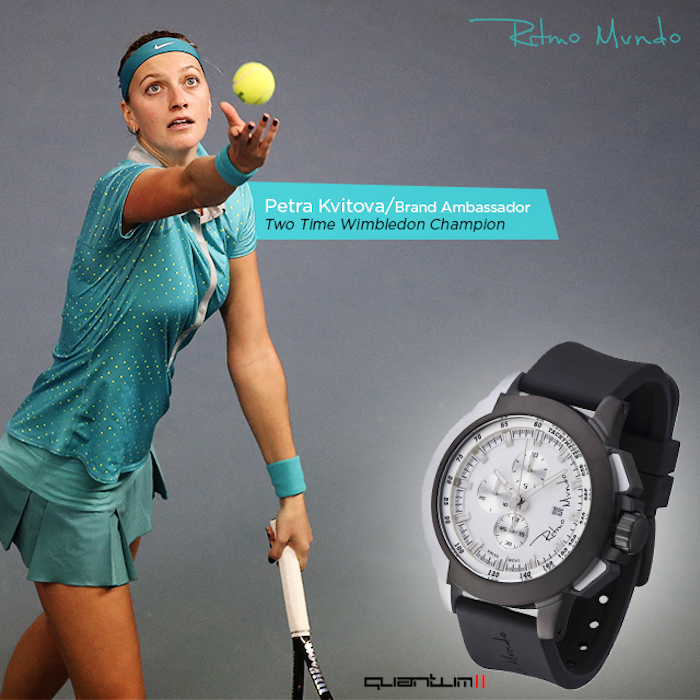 RItmo Mundo has done it again: gotten involved in sports sponsorships and added a new global brand ambassador that no one would have suspected: two-time Wimbledon Champion, Petra Kvitova.  Kvitova, a 25-year old star who mader her mark in tennis just a couple of years ago, has agreed to a multi-year contract with Ritmo Mundo, which will utilize her for social media, marketing and advertising.Kvitova has won Wimbledon twice and holds an impressive roster of more than 15 different titles in the WTA (Women’s Tennis Association).The announcement was made today by IMG, a global leader in sports, fashion and media.

Ritmo Mundo is no stranger to sports. The brand has been actively involved in IndyCar racing for just about eight years, has had a leading role in the world of soccer, and sponsors women’s cycling. This marks the first time the brand has entered the tennis courts and the first time it has brought an individual woman athlete on board as brand ambassador. We here at ATimelyPerspective had the opportunity to ask Kvitova a few questions about how time factors into her life, and about what it is that attracts her to Ritmo Mundo. 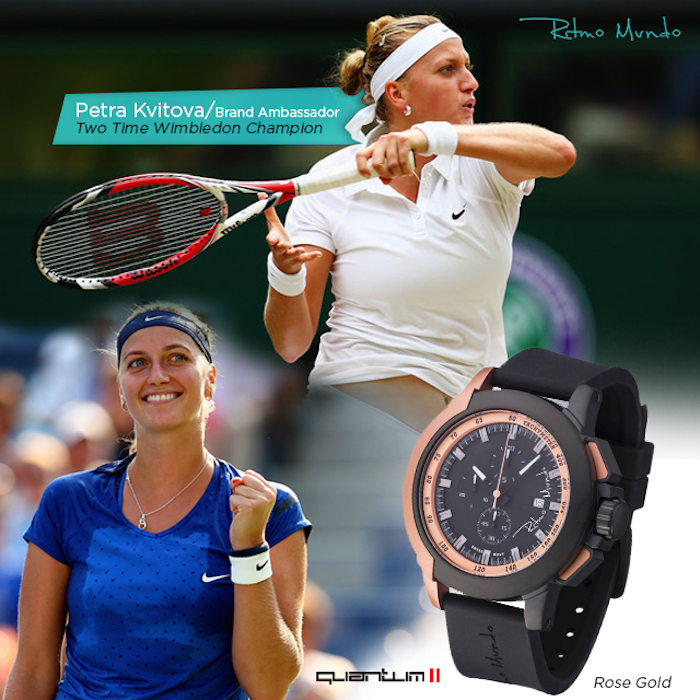 Kvitova admits that time is vital not only to every day life, but also to staying on schedule in her tennis workouts and matches. She also says that tennis can be a short career so the key is to “maximize the time we have in the game and make really good use of it.”

When we asked her to give us a little insight into Wimbledon as it relates to time, she said that “Waiting for the Wimbledon final on the morning of the biggest match of your life can feel like a really long time, especially when you are nervous. As soon as you get out on the court, everything changes, but when you are in the locker room with no one else around,  it’s like everything goes in slow motion.”

Conversely, things did not progress in slow motion with Ritmo Mundo; the deal wrapped up pretty quickly.   “Ritmo Mundo is a young brand that suits a broad range of styles, both active and modern, and I was really impressed by this versatility. I like that they have a watch to suit a lot of different circumstances, because although we tennis players spend most of our time on court, we also like to get dressed up for the red carpet sometimes,” says Kvitova. “I am delighted to become a global brand ambassador for Ritmo Mundo and be the first tennis player to have a partnership with such a dynamic brand.” 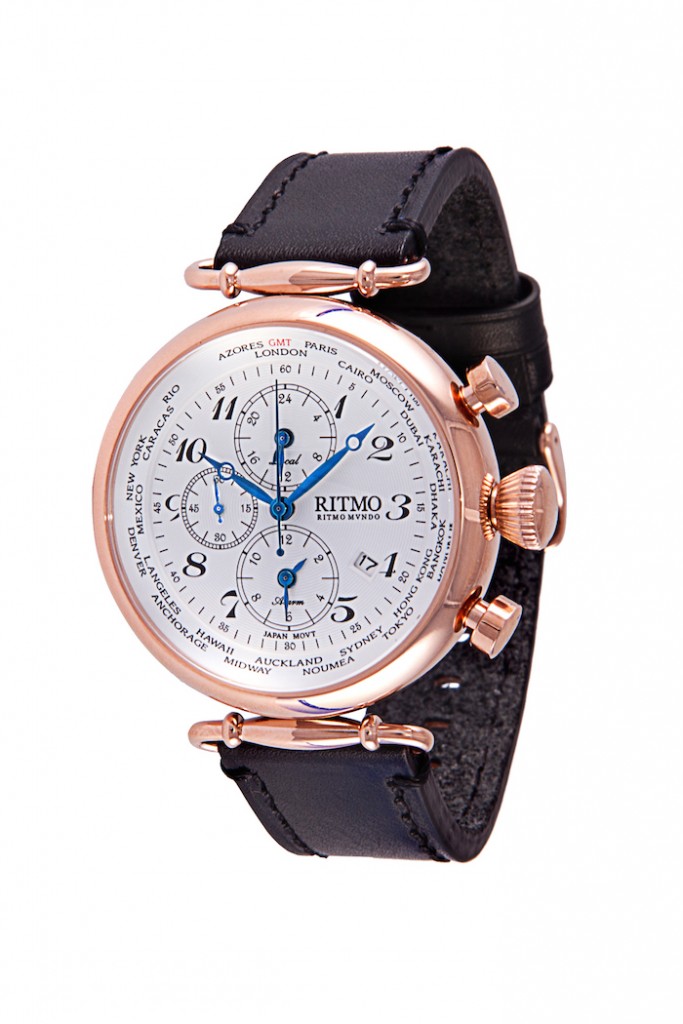 Ritmo Mundo, founded in 2002 by celebrity jeweler Ali Soltani will feature Kvitova in advertising and social media campaigns. Says Soltani, “We are very excited to have Petra join Ritmo Mundo as our new global brand ambassador. She is a fantastic champion, with style and grace on and off the tennis court, and her spirit, passion, work ethic and character match our brand values perfectly. We are excited to have the opportunity to support Petra on her journey of becoming the best tennis player in the world for many years to come.’’ 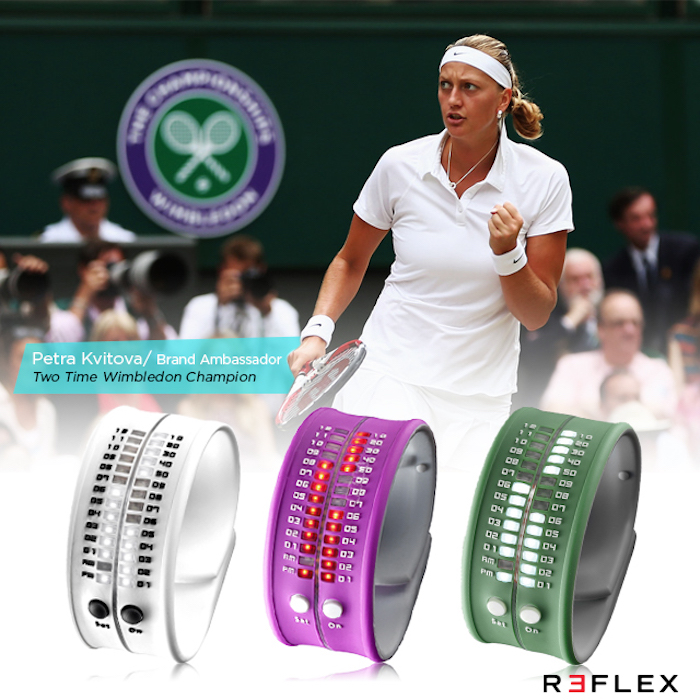 Kvitova in Reflex social media. Reflex is a division of Ritmo Mundo.